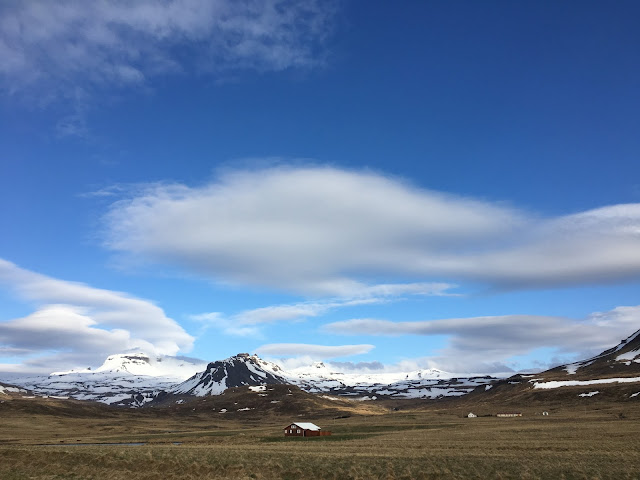 Sneafellsness Peninsula was very cold. We tried to go camping but the campgrounds were closed due to the bathroom pipes being frozen. Ya, not tourist season for a reason. We ended up in an Airbnb in Grundarfjörður near Kirkjufell Mountain.

We spent the next couple of days exploring the peninsula. We found Hotel Budir (black church) and we decided to hike along the coast to Arnarstapi. From the trail sign it didn't sound like that long of a hike - we were hoping to be in Arnarstapi by the afternoon for tea and cake (I mean, I was traveling with the Scottish). Well, we got lost or the trail ended somewhere in the swamp flats. That is up for debate. We were getting desperate to make it to Arnarstapi before the coffee shop closed so we trudge along, in defeat, to the road to hitch hike the rest of the way. Car, after car, after truck, after car drove past us and no one, no one (!!) offered to pick us up, so we became a road block and a very nice couple gave us a lift. I think we overwhelmed them with our thankfulness and relief for finally getting a ride. Sometimes, you just really need cake. 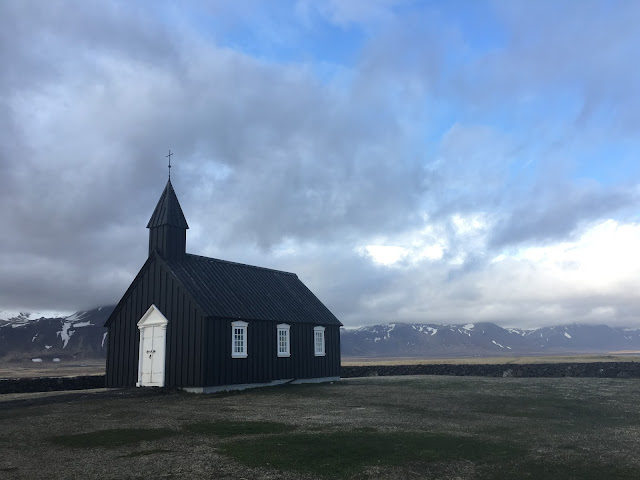 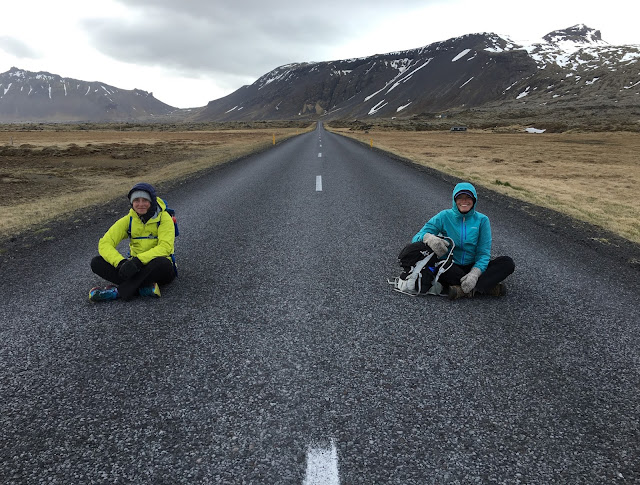 One of the days, we ate at Sjávarpakkhúsið which was the cutest restaurant, in a cute town with great food. Later we found Grindavík Lighthouse. Wow, that is orange. And we wrapped up our tour of East Iceland at Laugar I Saelingsdal hot spring for a night of camping and cards. 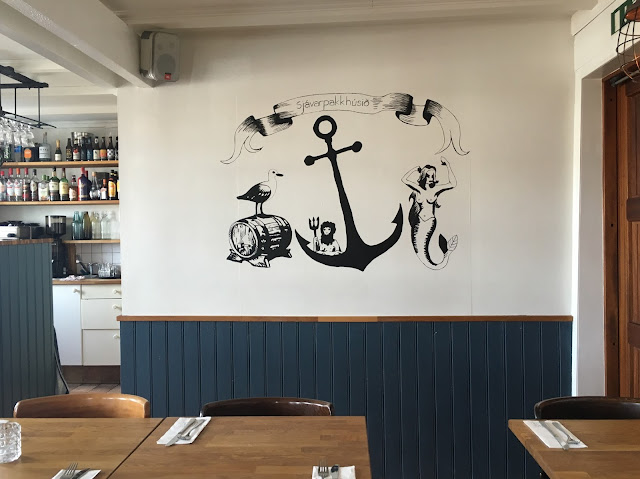 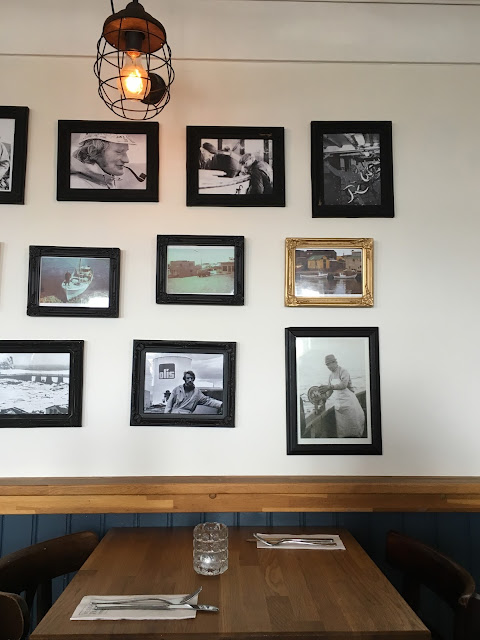 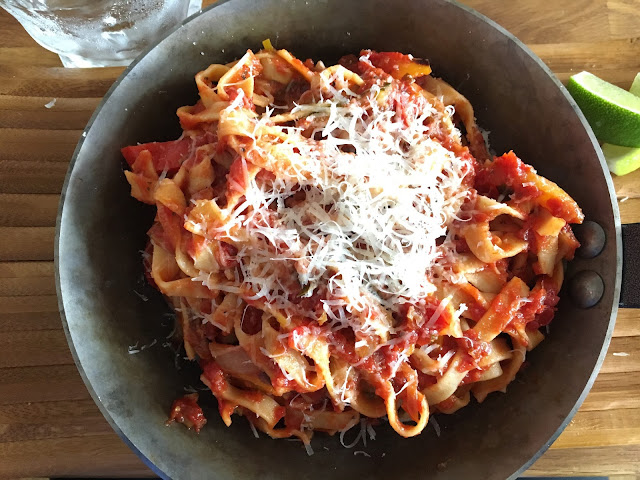 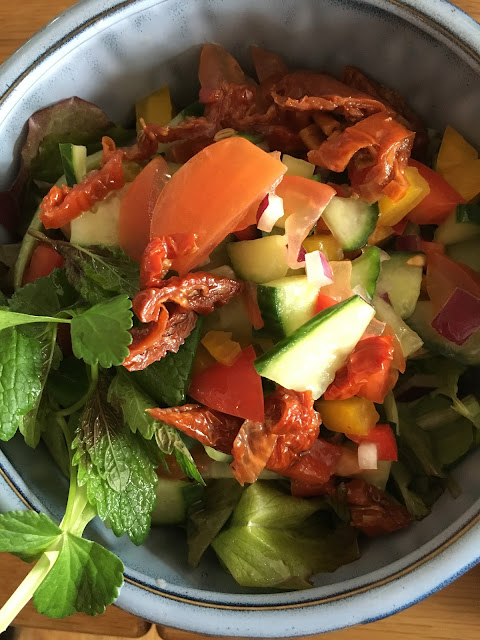 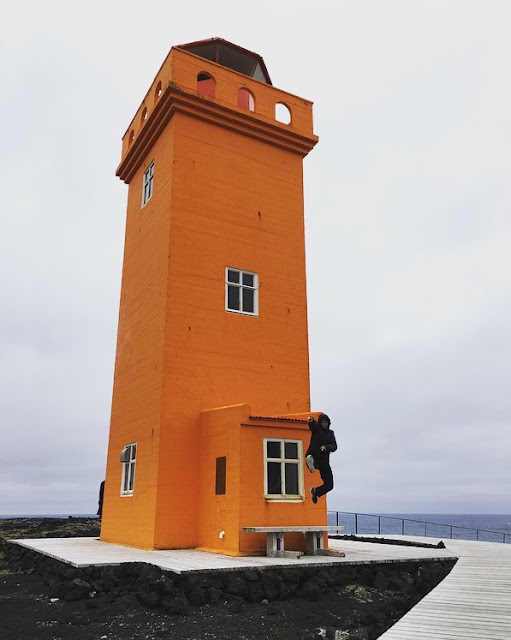 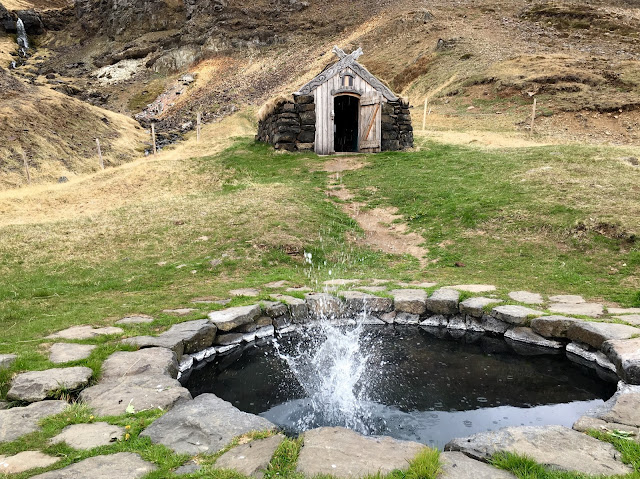 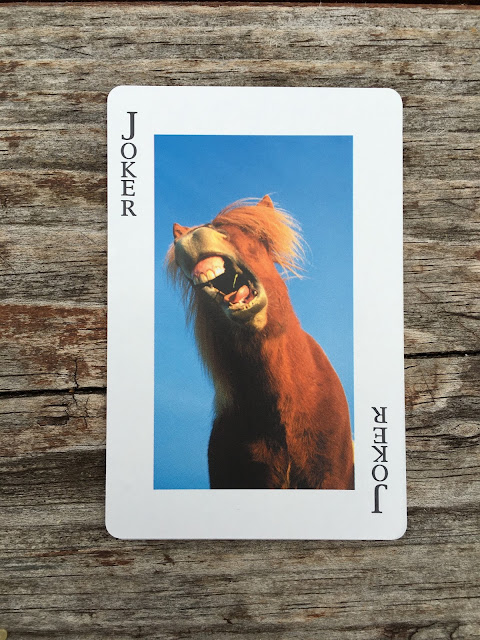