Ever since September 2013 when I landed in Cancun I wanted to swim with whale sharks. Unfortunately, by the time I had arrived in Mexico the large friendly giants had left the Caribbean sea.

Enter winter in Baja! When I heard La Paz had whale sharks in March I couldn't wait. 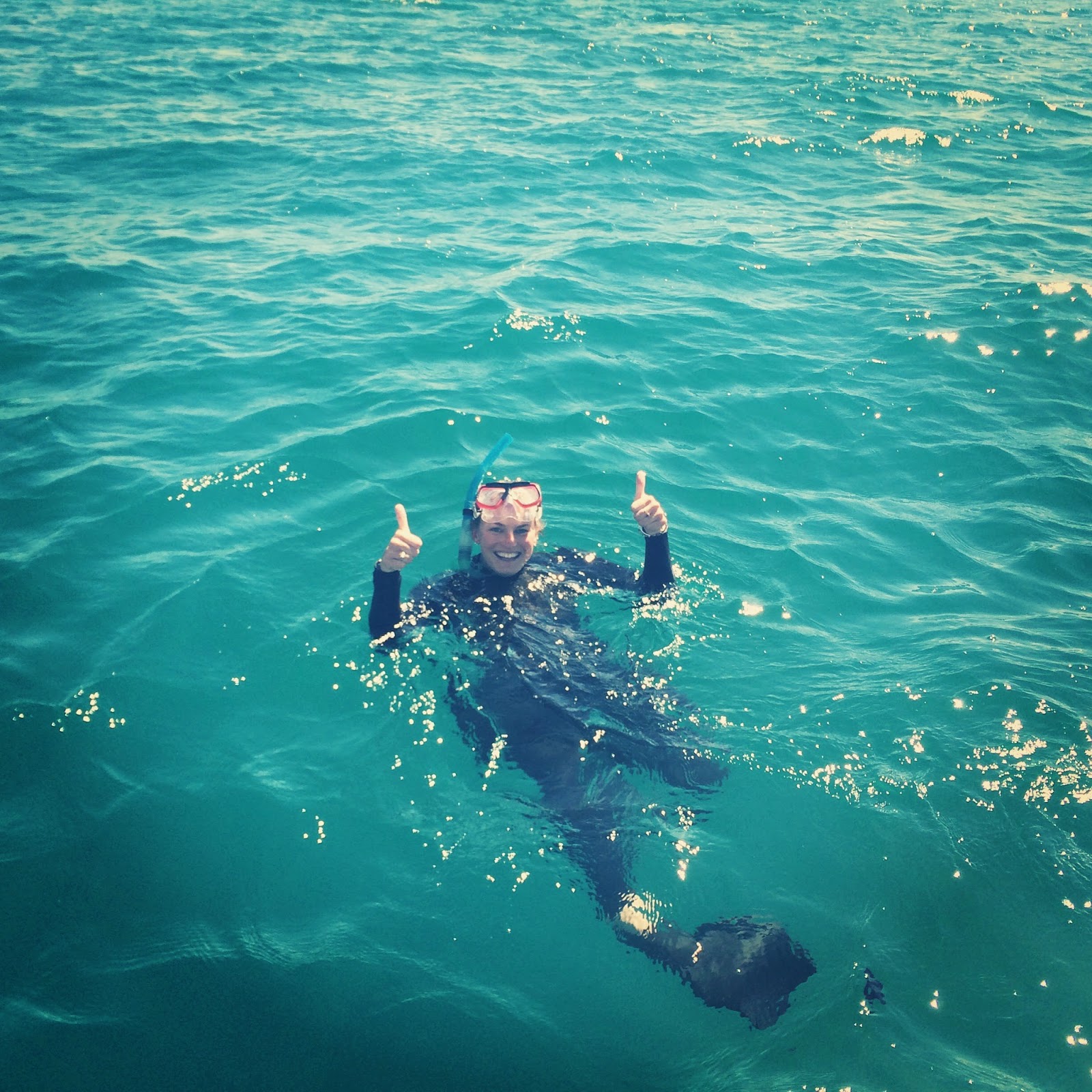 To finish off our road trip my mom and I drove eight hours south to La Paz. I wasn't going to miss the chance to swim with whale sharks even if it meant I had to wake up at sunrise and crank the air conditioning and eat spoonfuls of peanut butter so I wouldn't fall asleep

After one wrong turn we parked the rental and strolled La Paz's malecon until a man wearing a visor with fake white hair gave us the best whale shark offer we had heard, 300 pesos including a wetsuit and a shark swim guarantee.

My mom and I loaded into Joel's panga and went to search for the large spotted sharks. Within minutes Joel was telling my mom and I to jump in and get swimming. Turns out whale sharks are fast and I really had to work to keep up with them. I also preferred to stay near the head since the shark fin terrified me.

Simply said: swimming with whale sharks should be on everyones bucket list.