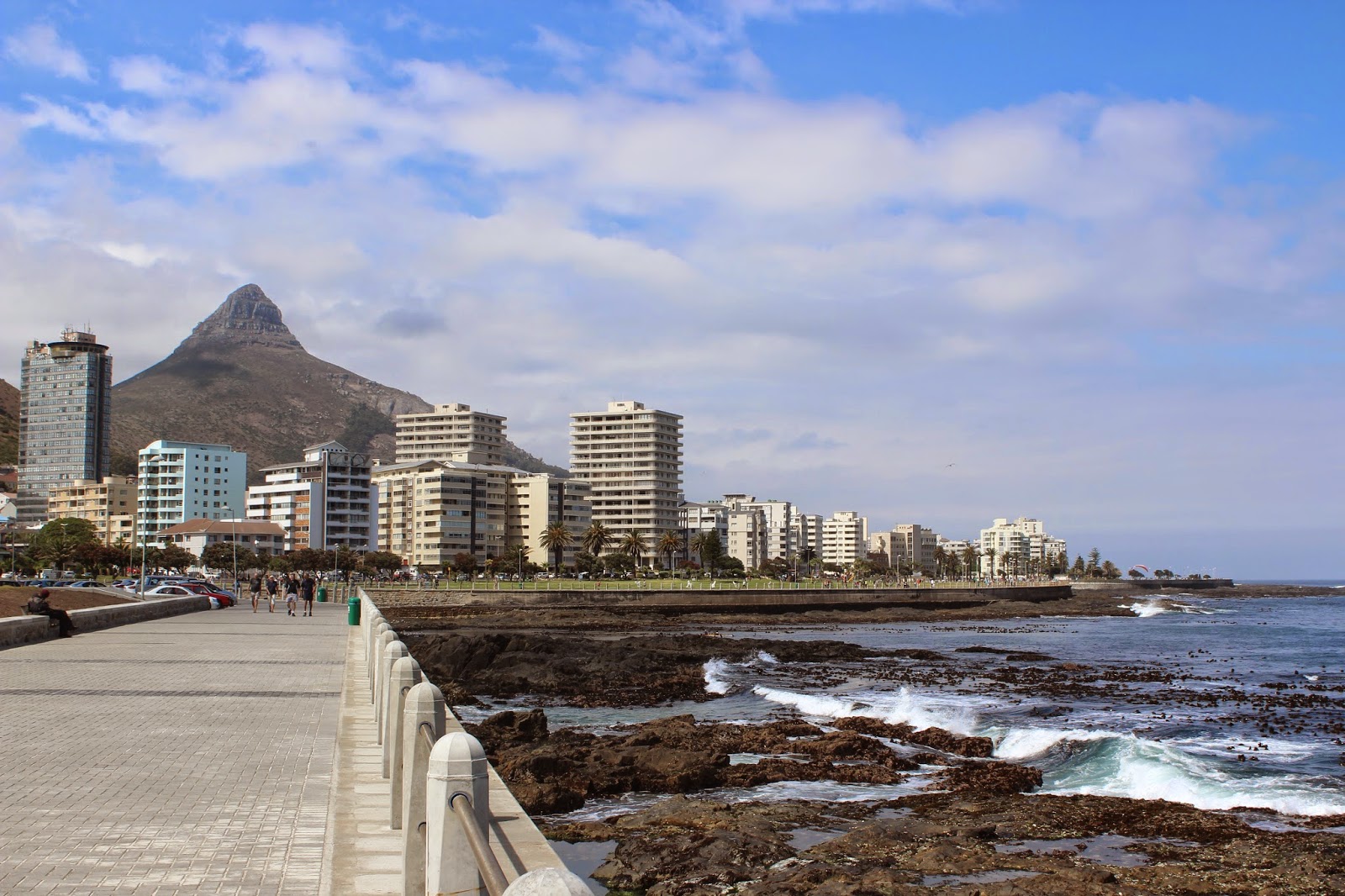 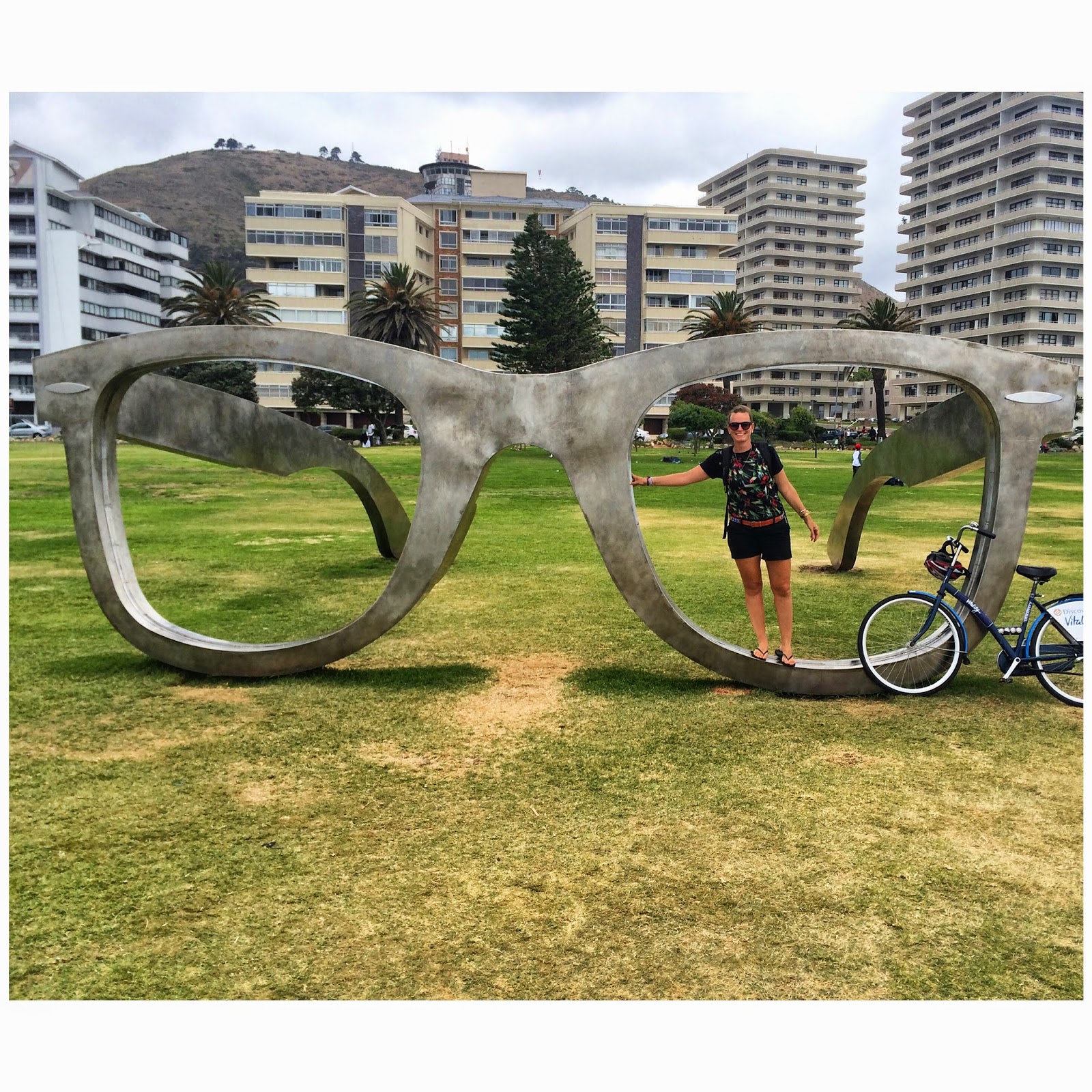 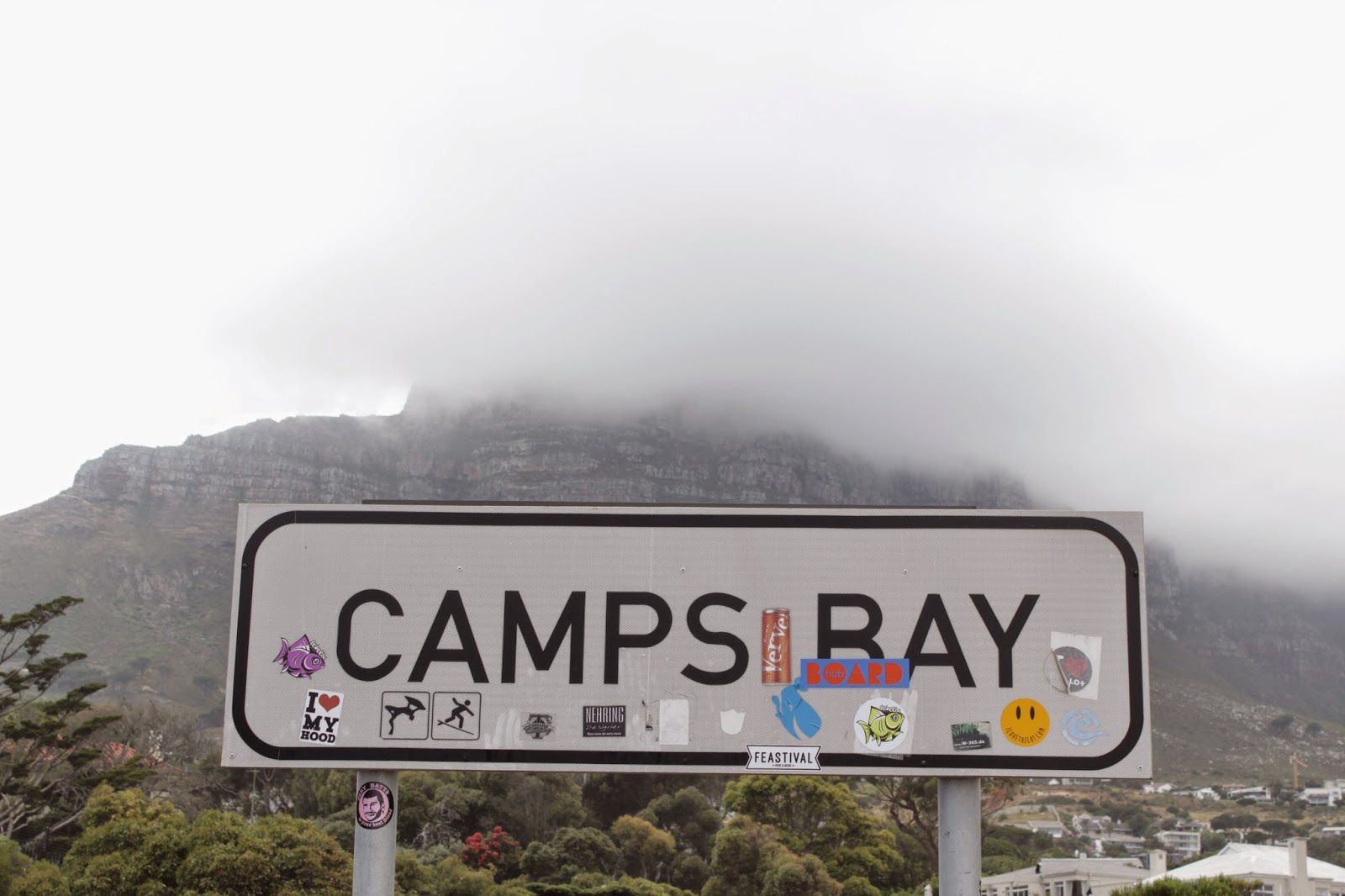 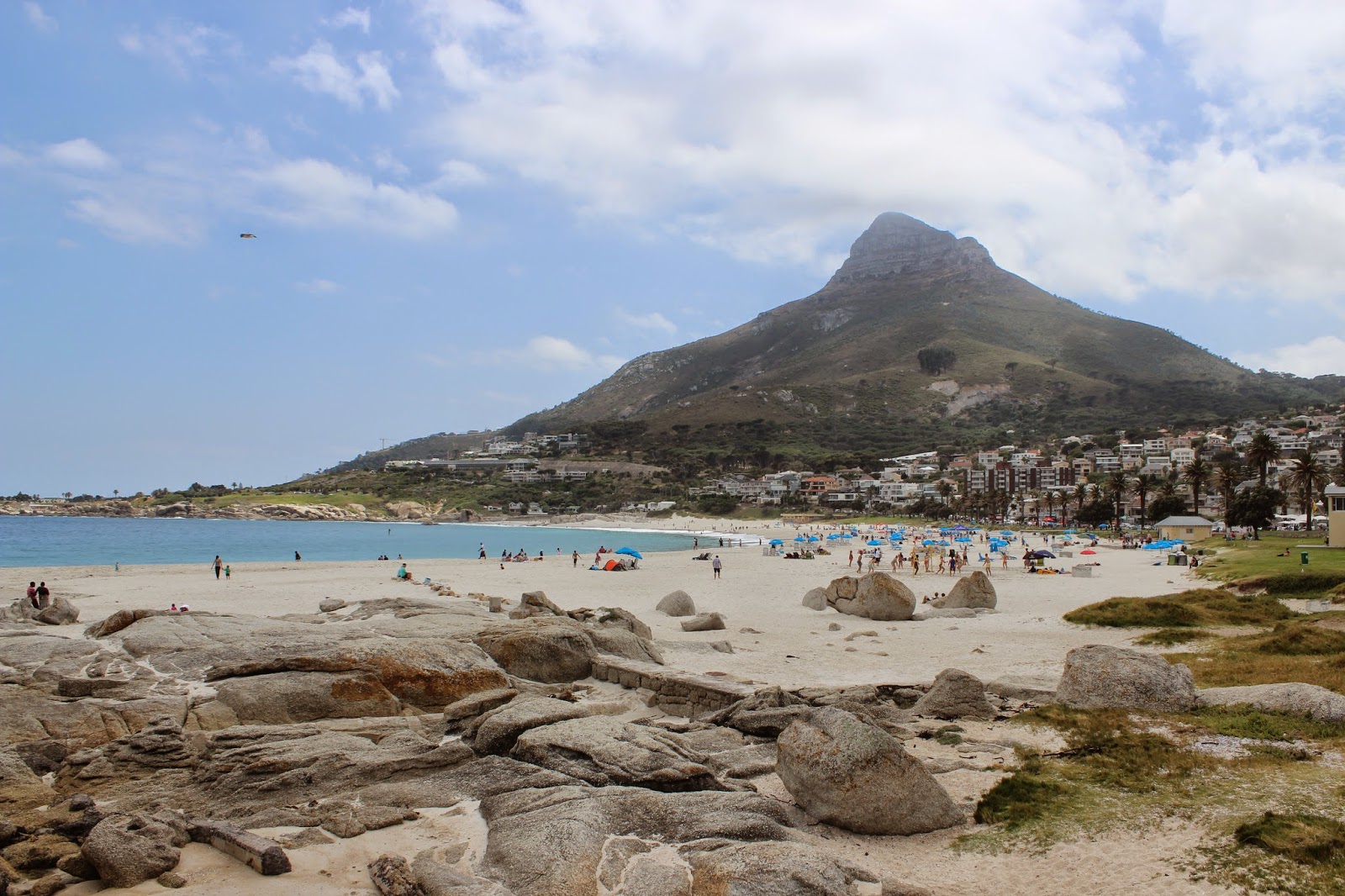 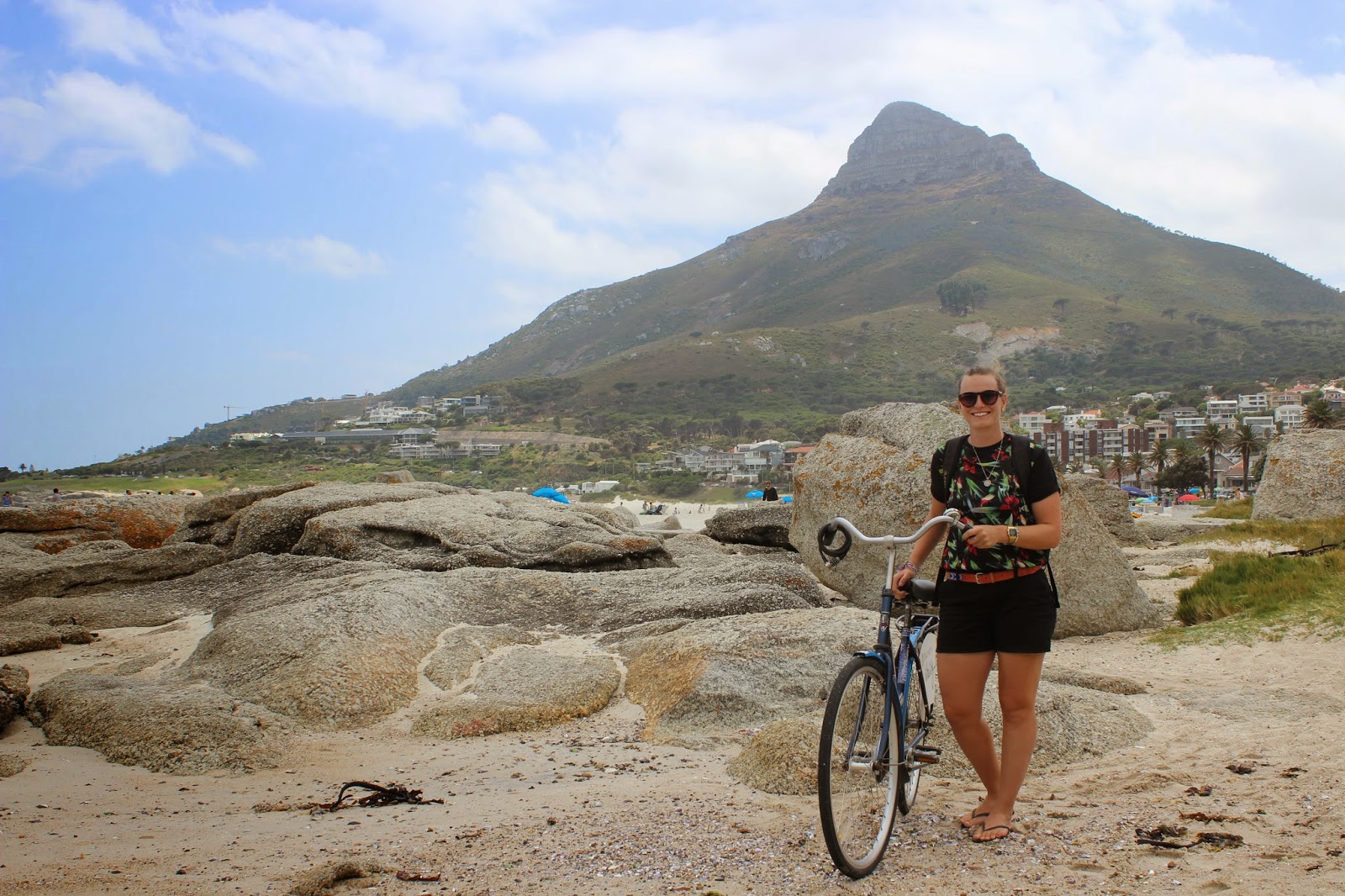 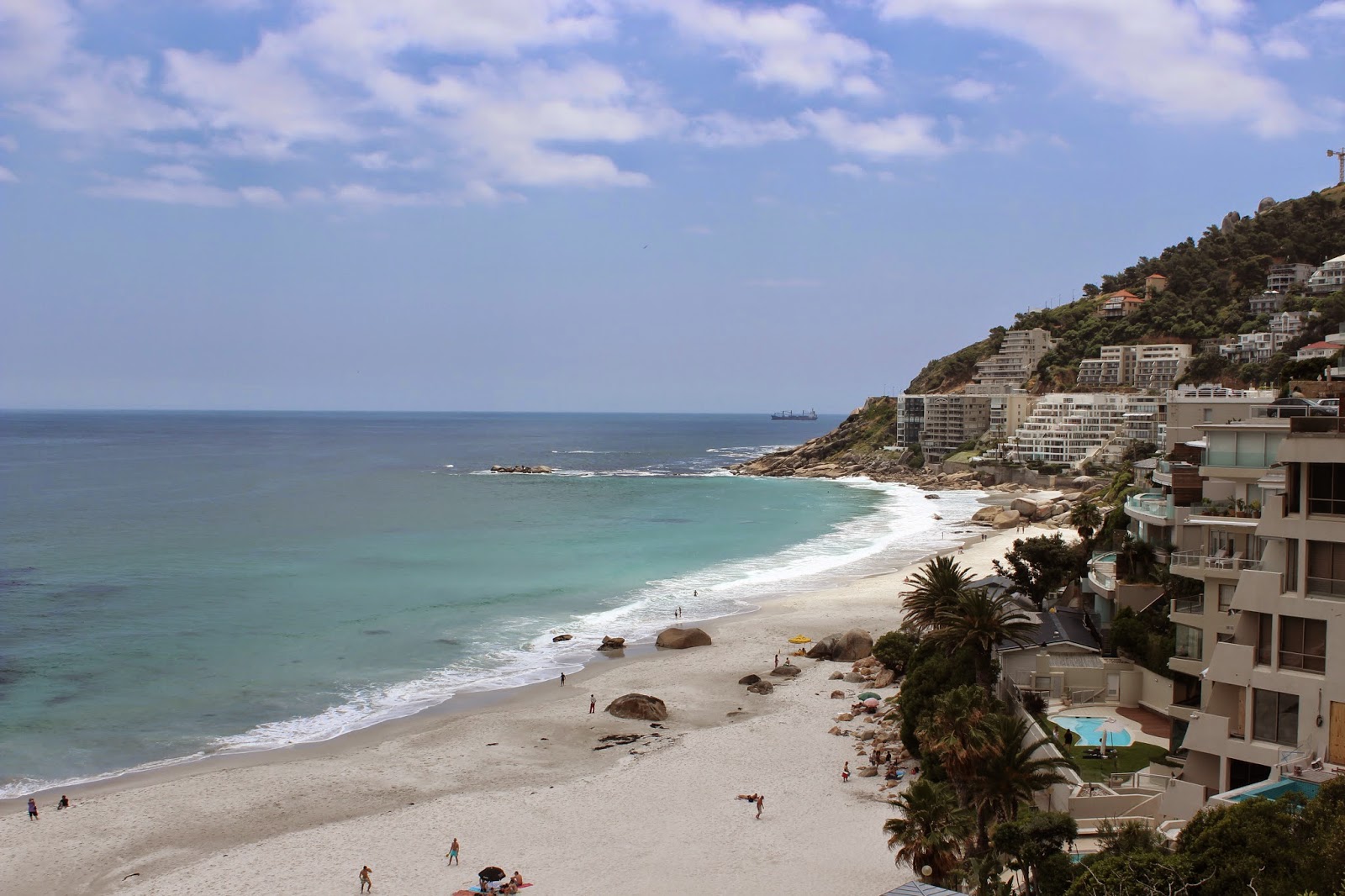 After many Google searches I found Up Cycle which rented bicycles by the hour from the V&A waterfront. On my last full day in Cape Town I road along the coast to Camps Bay. For the most part the ride was relatively flat until just before Clifton Beach when my gear-less beach cruiser and flip flops had to walk up the hills, but it gave me a chance to enjoy the stunning houses along the coast (otherwise I was too fast and the houses were a blur ;)). Although it was a beautiful ride it was just my luck that the one day in Cape Town when I bike hours for scenic views it happens to be overcast, so Table Mountain was hiding. I arrived to Camps Bay by lunch and found Barocca on the Beach to enjoy a bratwurst before the cruise back.

In the afternoon I dropped off my bike and waddled walked along the V&A Waterfront. I couldn't believe how much was happening at the waterfront and how many tourist there were. They offered everything from sunset sails, to jet boat and helicopter rides. There was also a huge mall with Cotton On. Thankfully I didn't have enough time to shop at Cotton On, otherwise there would have been major problems. On my way back to Once in Cape Town I bumped into Irune and Krista. Seriously? I know like four people in Cape Town and I happen to bump into two people through the massive crowds at the waterfront. Sometimes the world reminds you just how small it is.