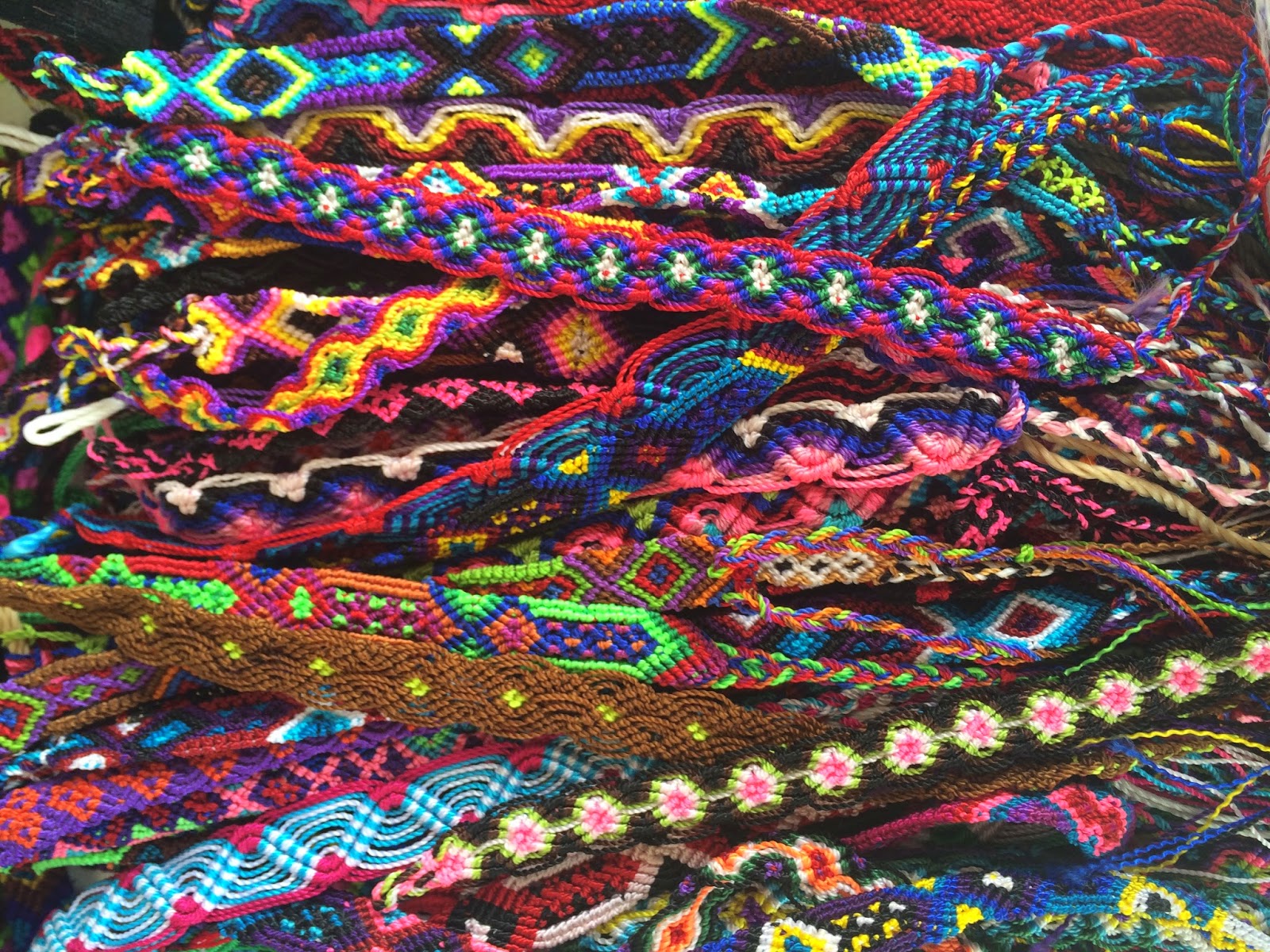 Our beach vacation has come to an end and so has our Mexico reunion. Hollie has flown back to Australia and I have flown to Oaxaca.

My original plan was to bus from Merida to Palenque, San Cristobal de las Casas and Oaxaca but a few days before leaving Isla Holbox I changed my mind and decided that I needed to see San Miguel de Allende and Guanajato. The only way I was going to have enough time was if I flew to Oaxaca. I booked a flight with AreoMexico and was off! Ill be back for you Chiapas, that is for sure. 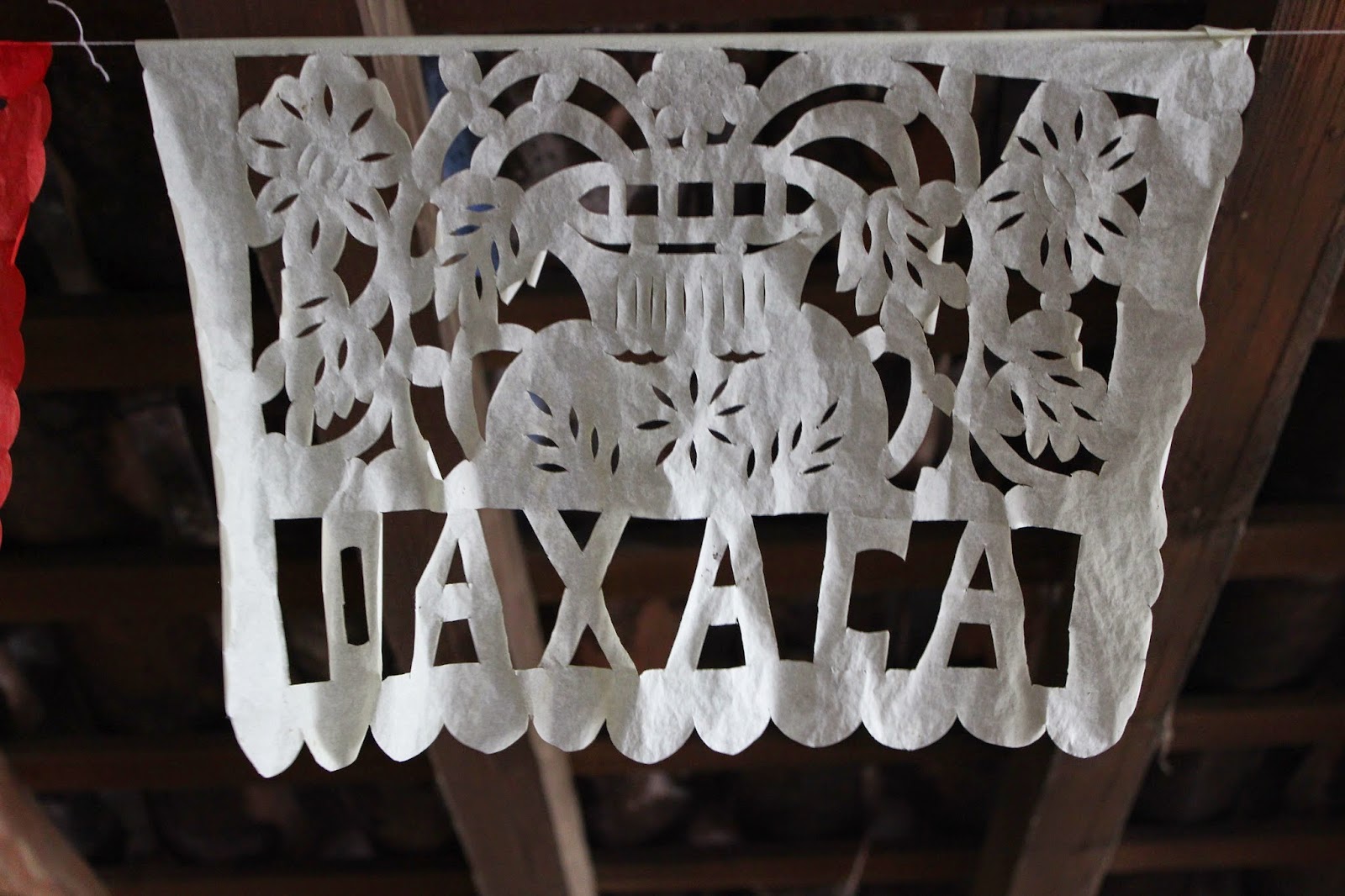 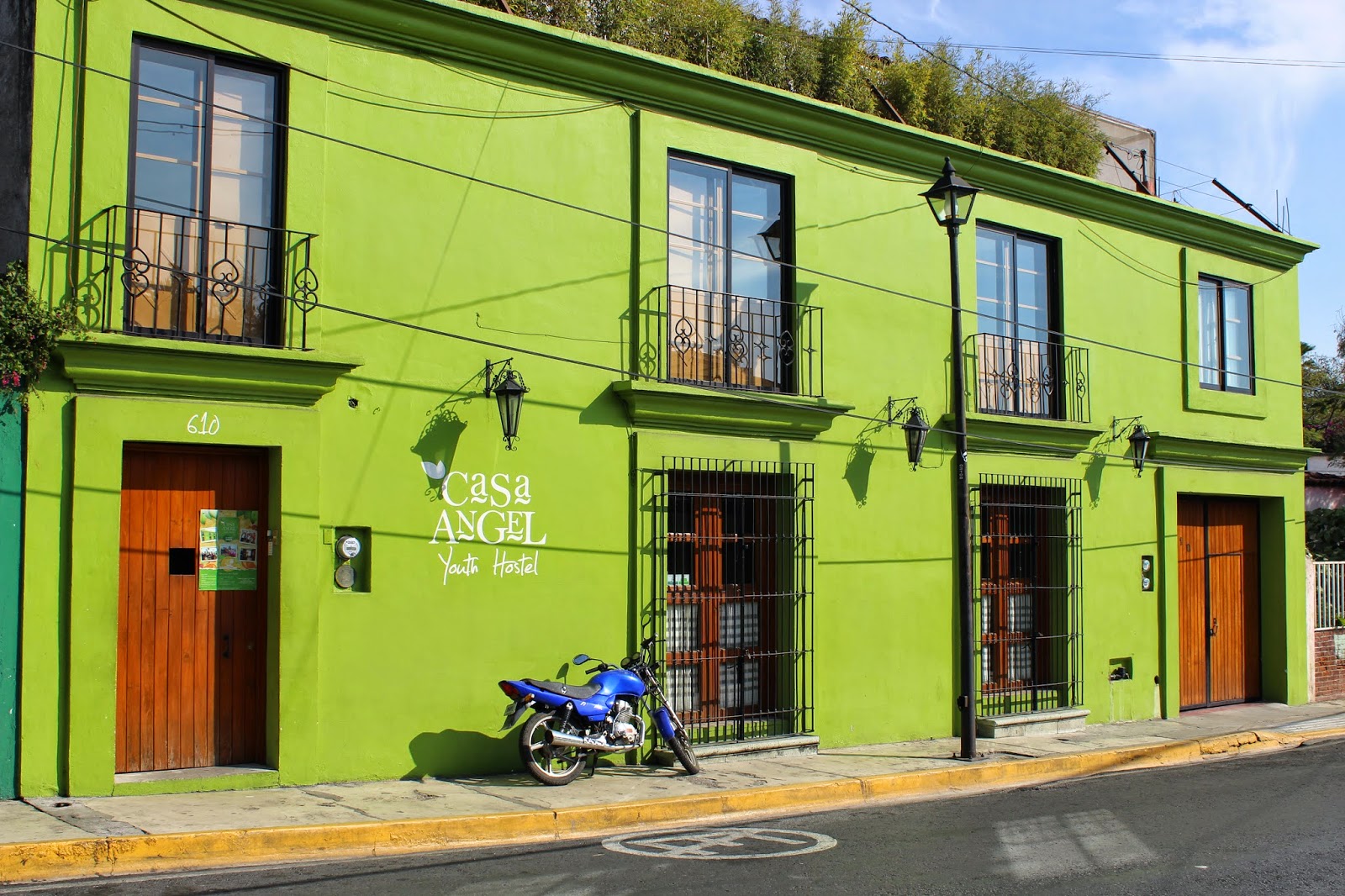 Hola Oaxaca (p.s. I miss the Yucatan, it really is a wonderful place)! From the airport I took a shared taxi to Casa Angle Youth Hostel. Within minutes of arriving I booked a tour to Hierve el Agua, which are natural pools up in the mountains. I had seen photos and I had to go. Multiple people recommended going on my own by taking local transportation but I wasn't interested in doing that adventure solo.

Five guests from Casa Angel were on the tour the following morning and it was a long full day (I may have slept the whole ride back to Oaxaca). Along with Hierve el Agua, the day tour included the large tree at Santa Maria el Tule, the ruins of Mitla, a Mezcal distillery tasting and Teotitilan del Valle, which is famous for weaving rugs. 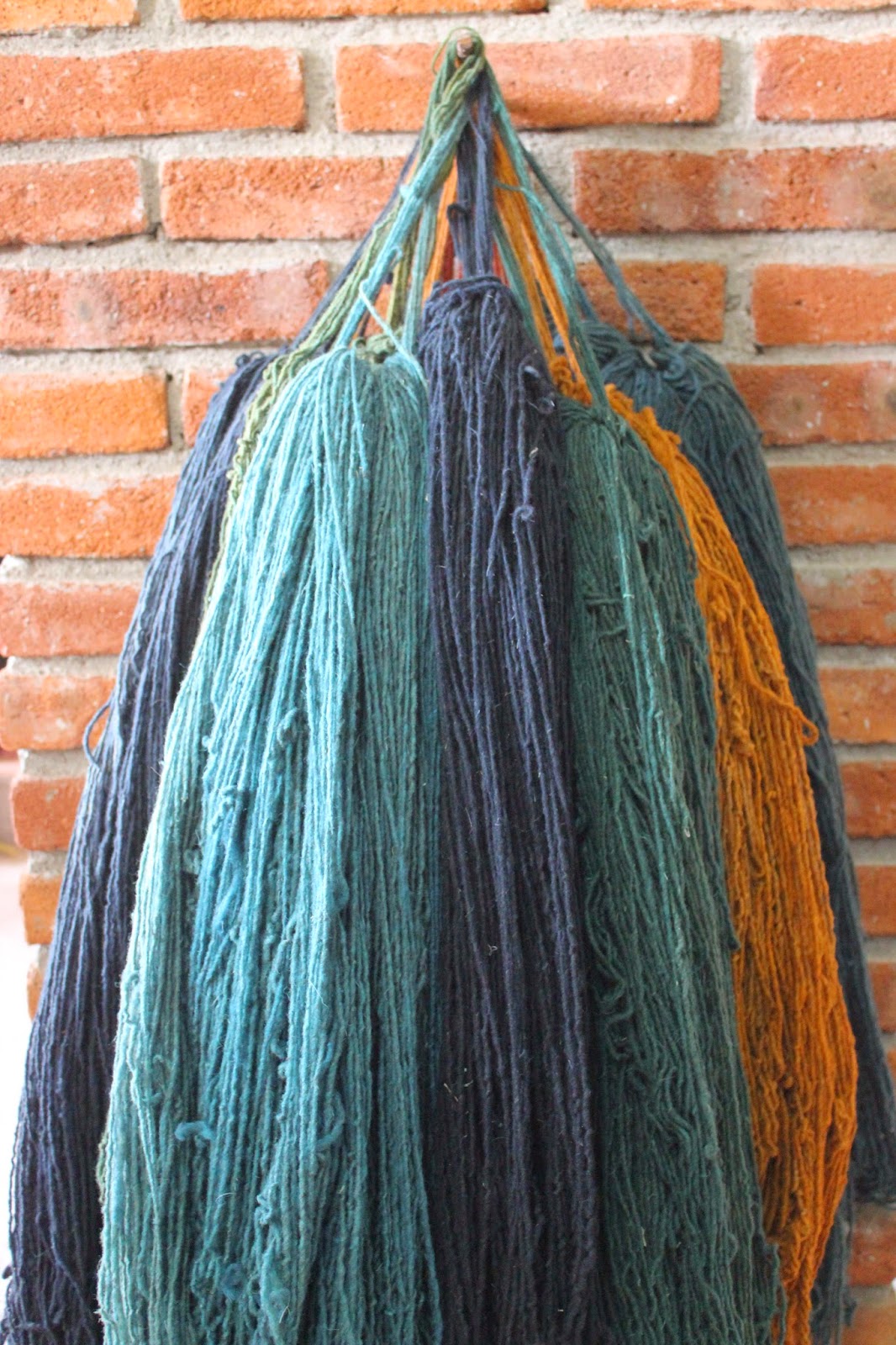 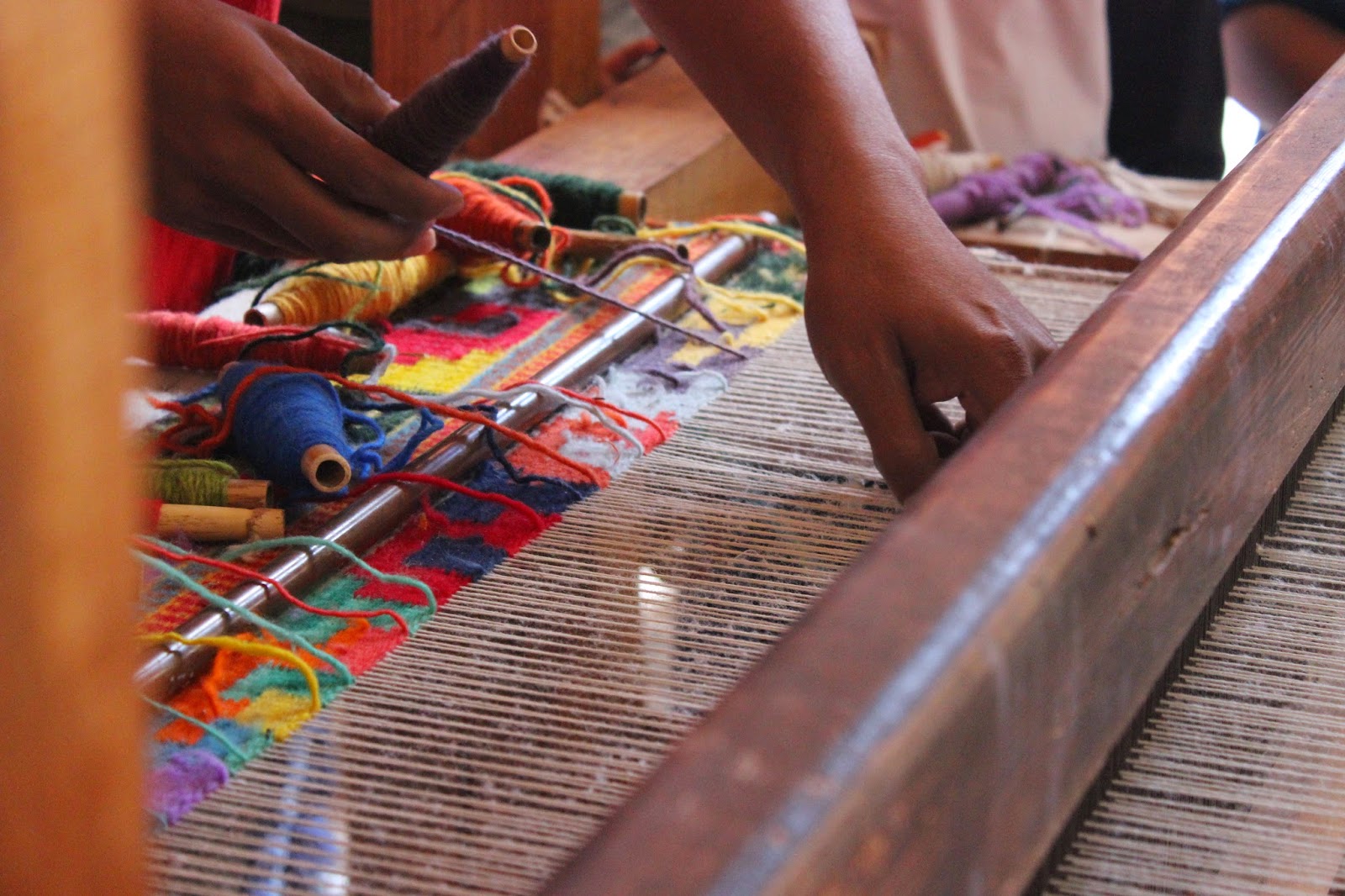 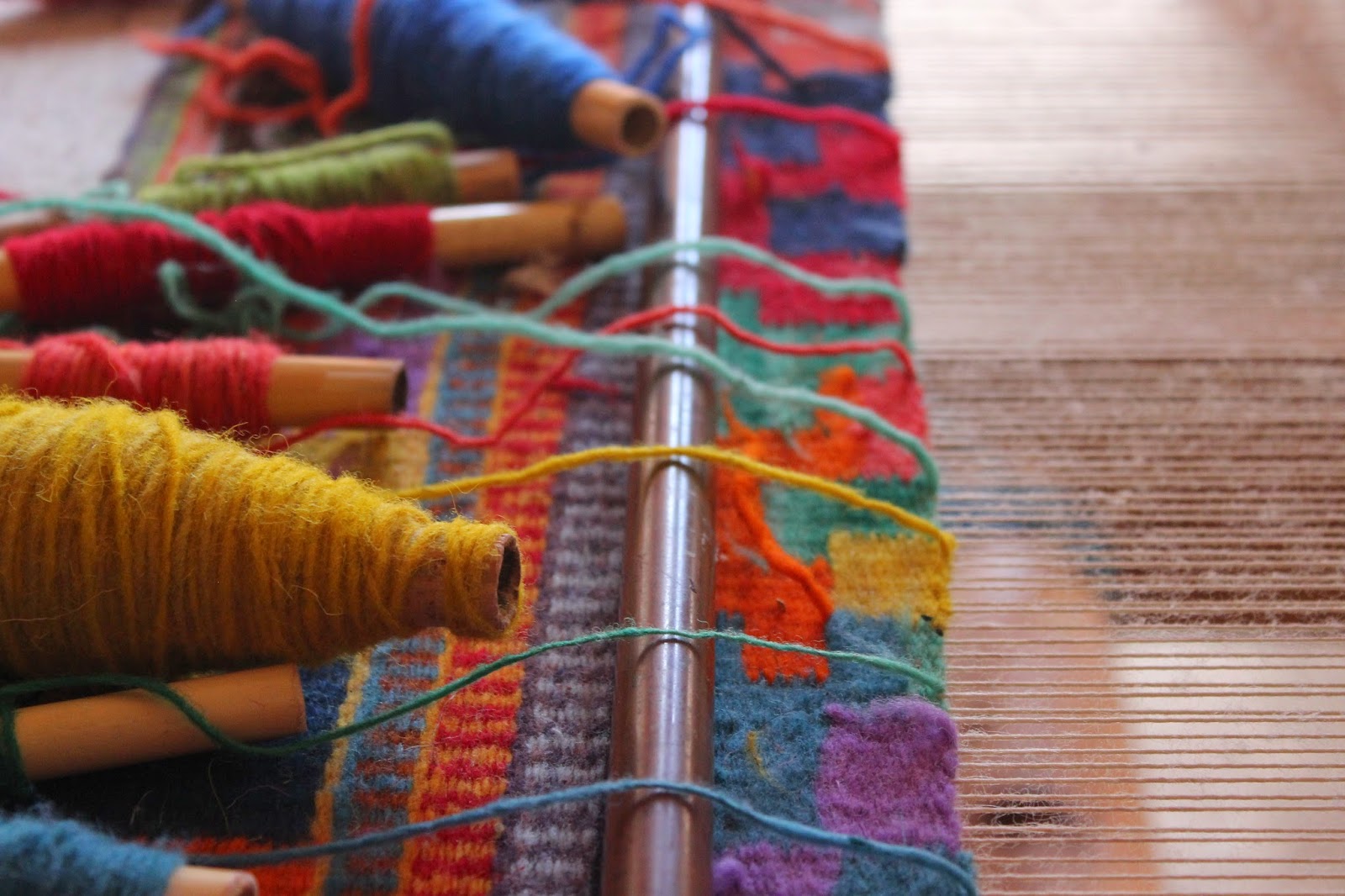 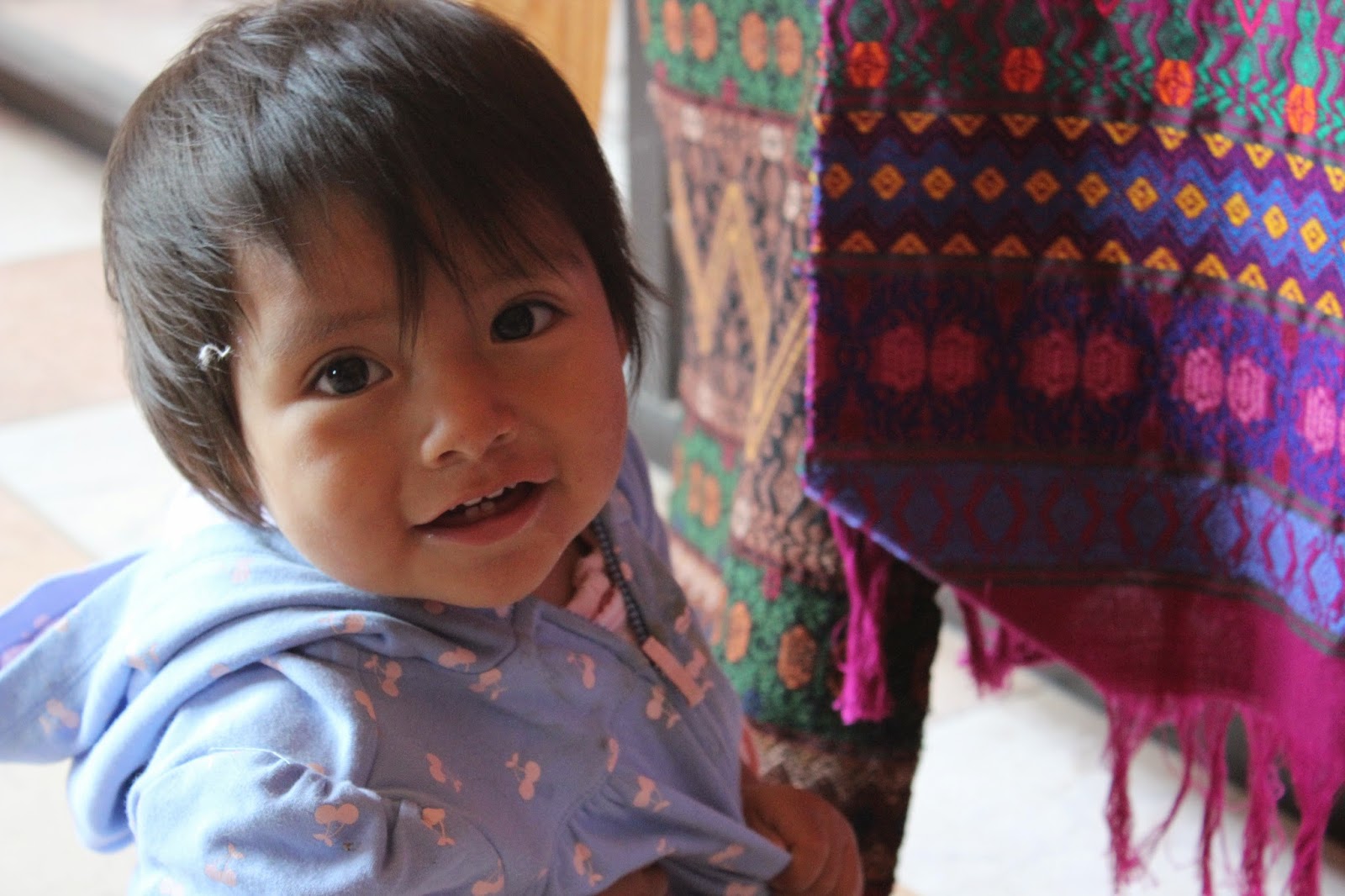 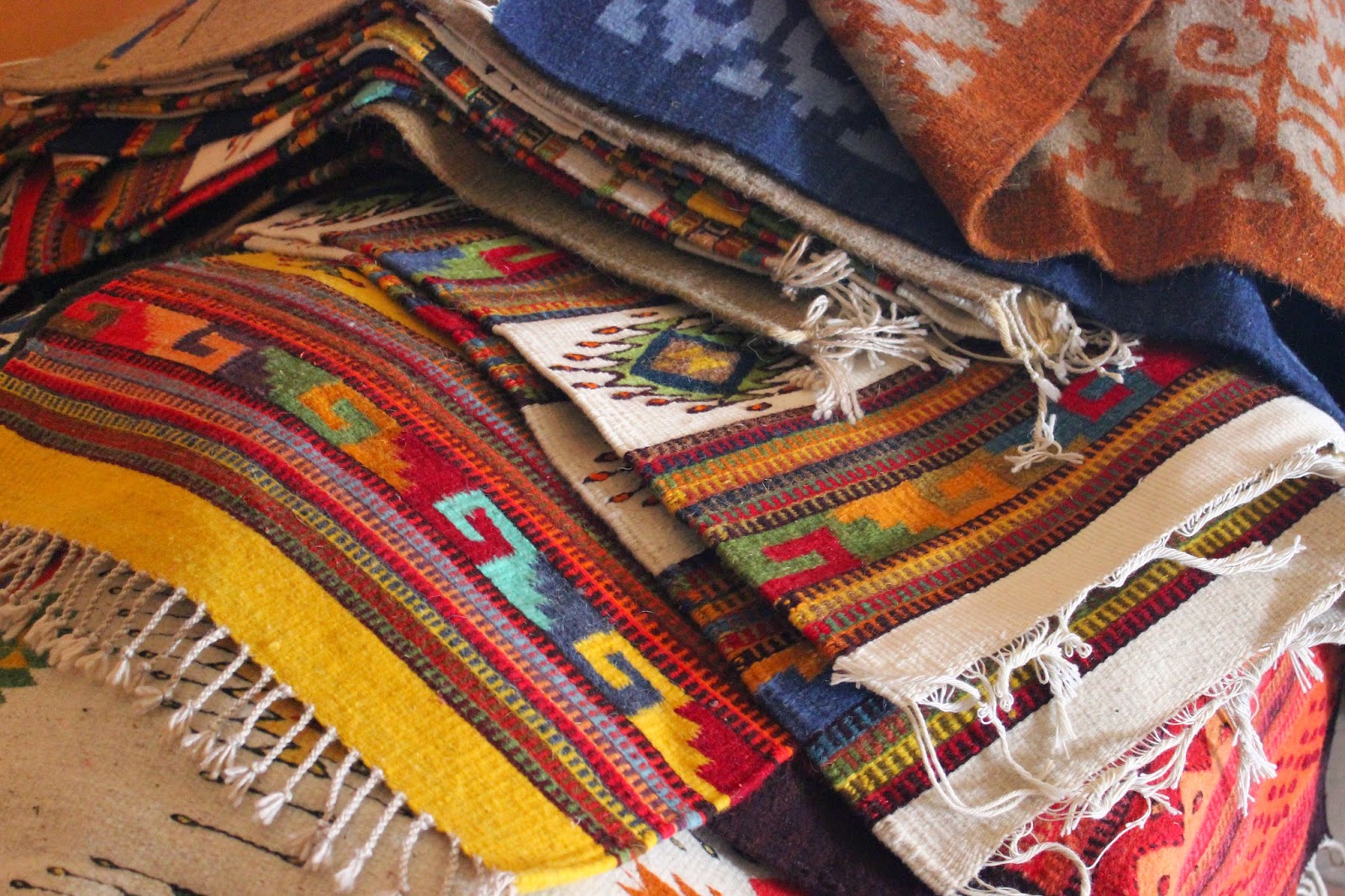 The village of Teotitilan de Valle where everyone is a weaver was fascinating, I am also obsessed with textiles so that might help explain why I was so in love with this part of the day. Our guide explained the complexity of weaving and how the wool was dyed using natural ingredients. Watching brown dye turn to red and then to purple by adding different natural ingredients was like a magic show. You could say it was a real crowd pleaser. 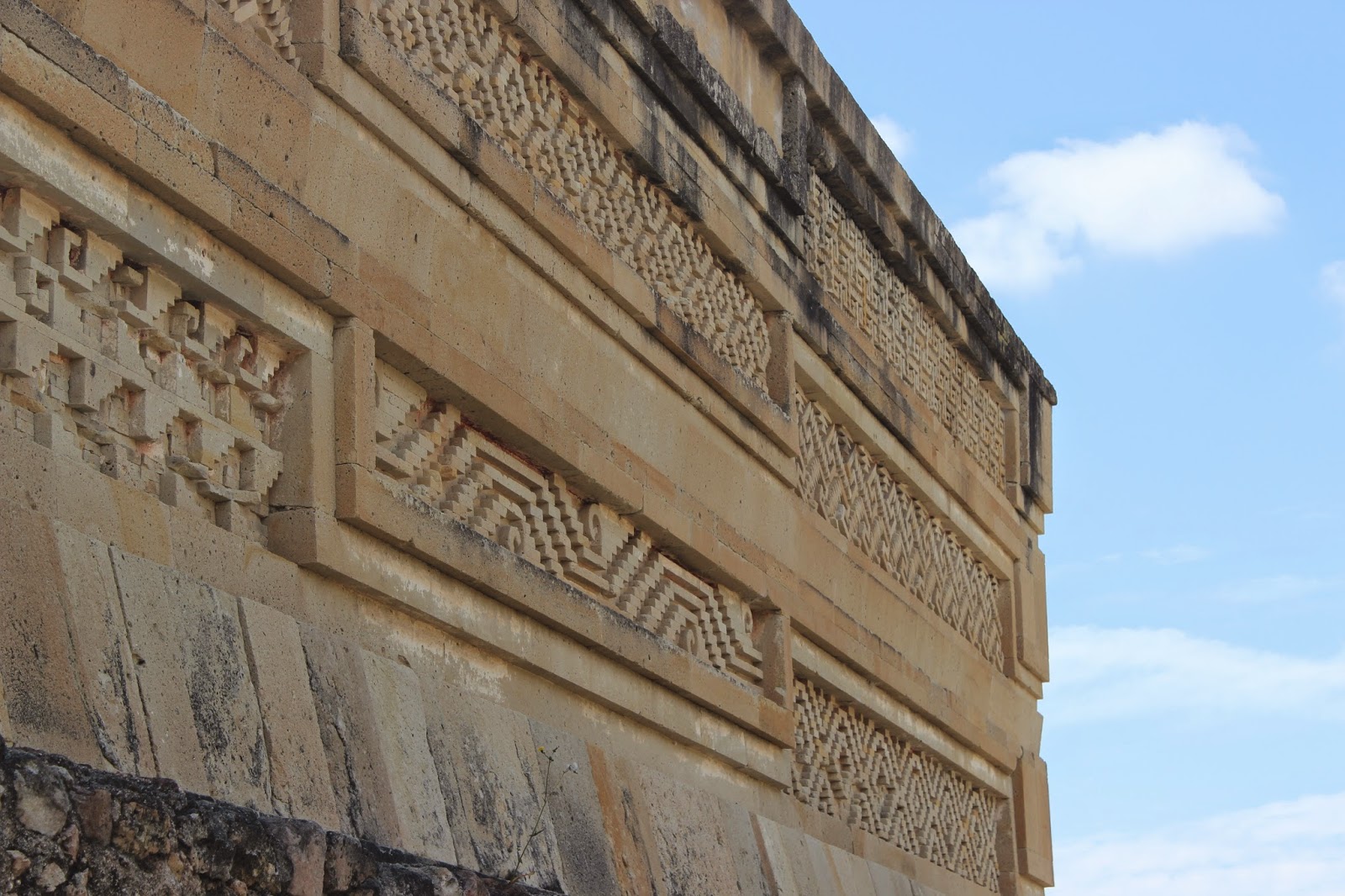 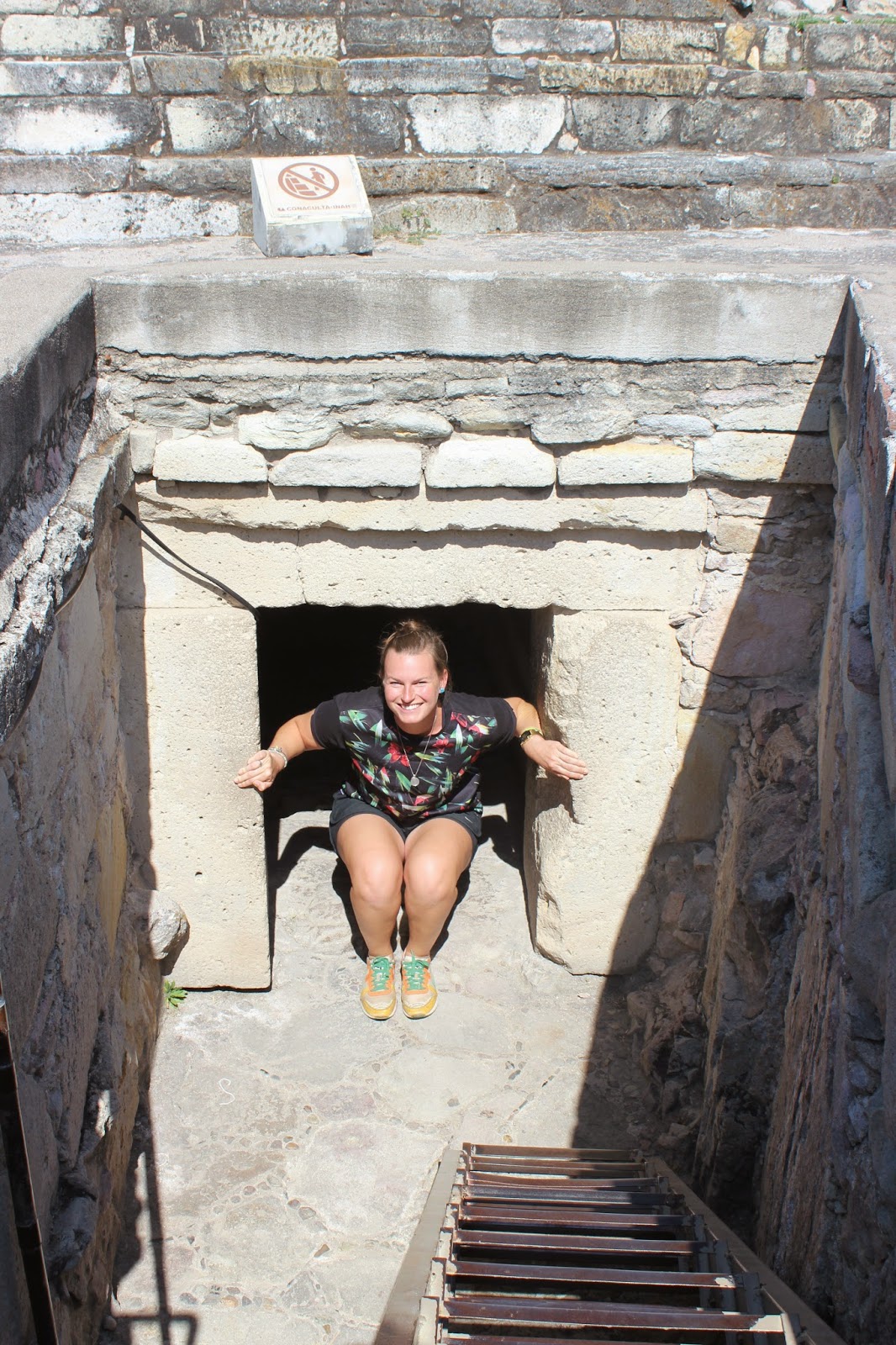 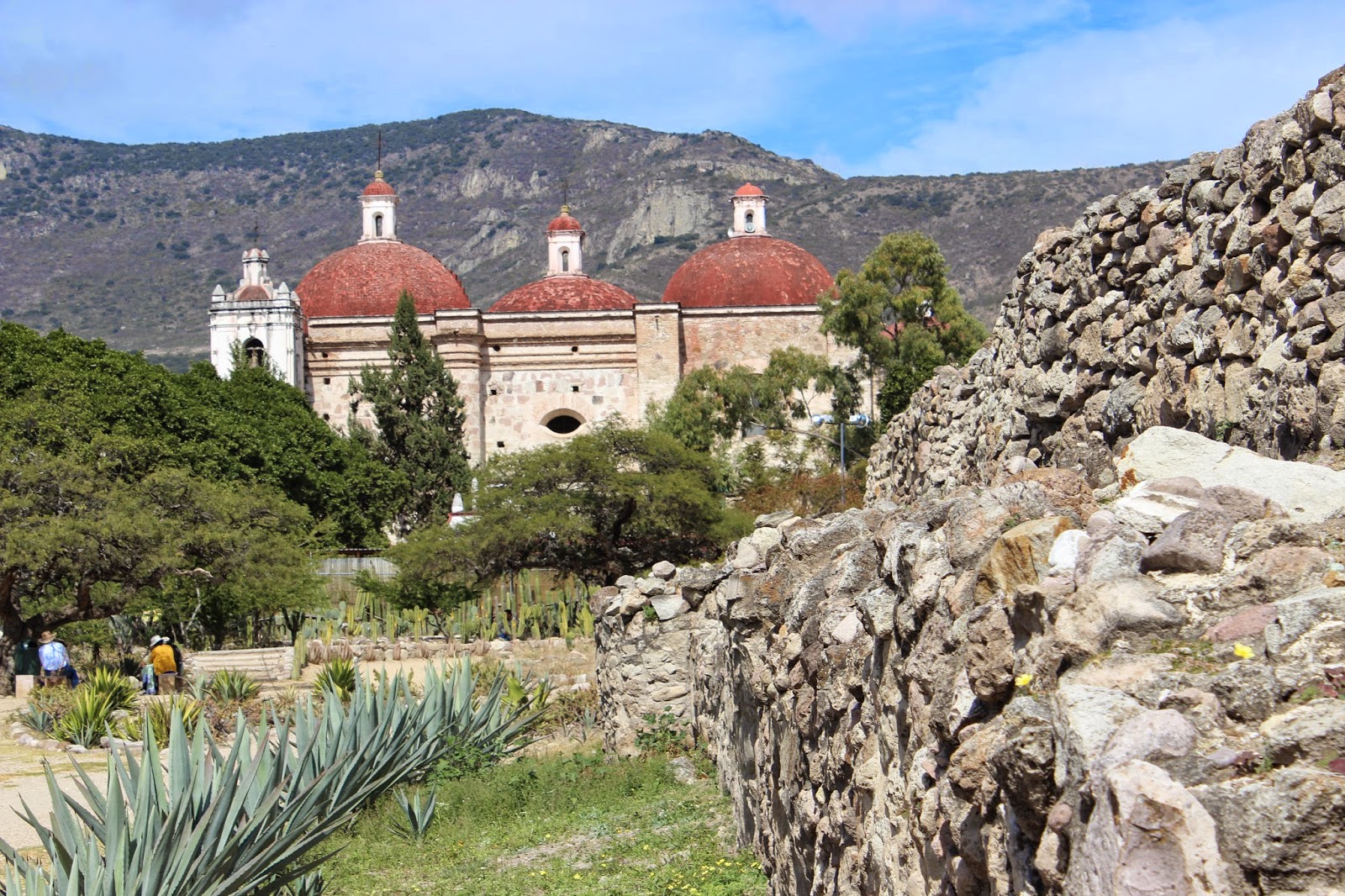 If only I could remember all the history about the ruins at Mitla but when standing in the sun it was a little bit of a in one ear and out the other situation. I did however notice the repetition of patters used between the ruins and the wool rugs. The ruins in Mexico, or really Central America all together, are truly amazing. I am always surprised by how much I love exploring them. 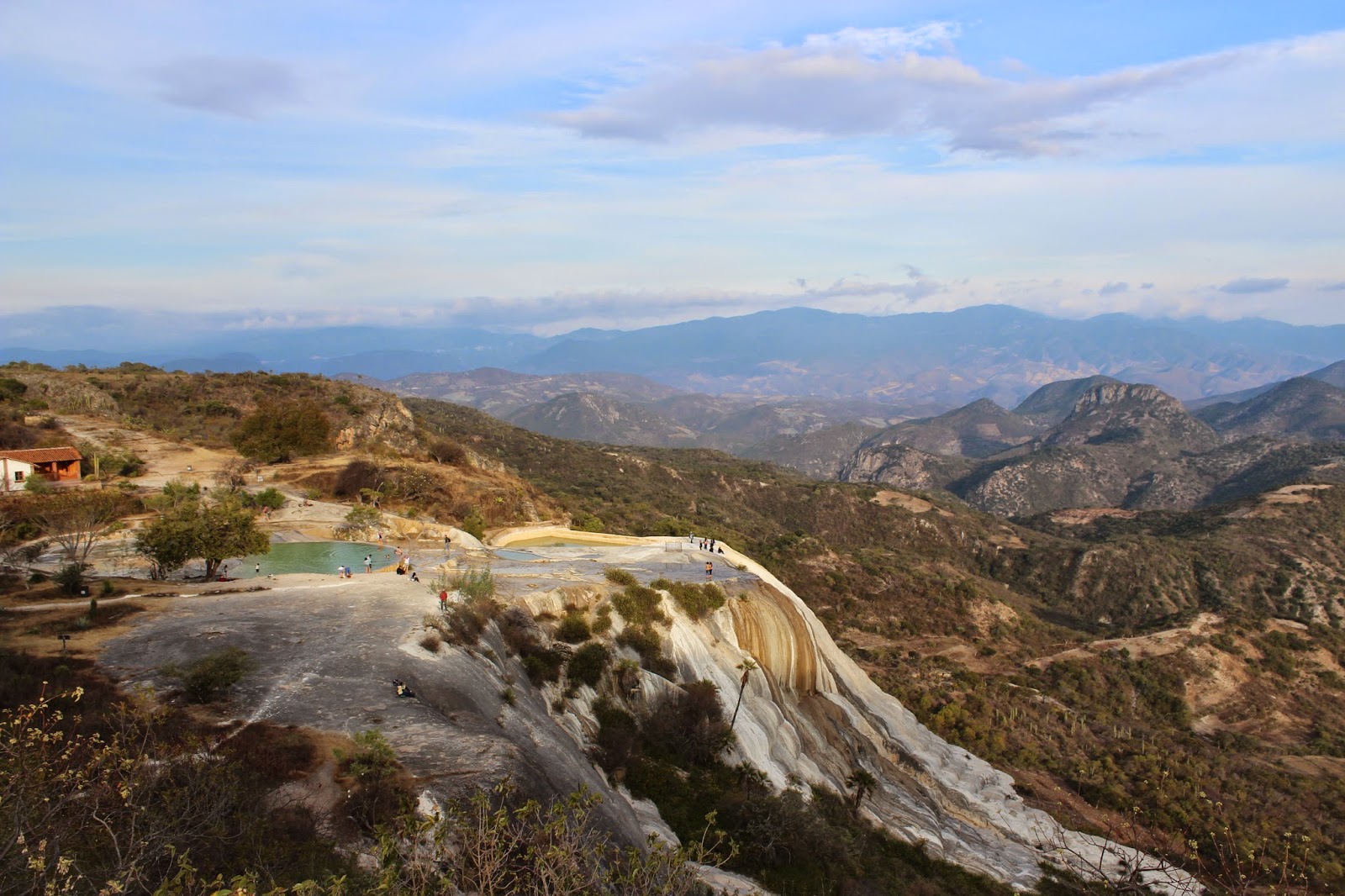 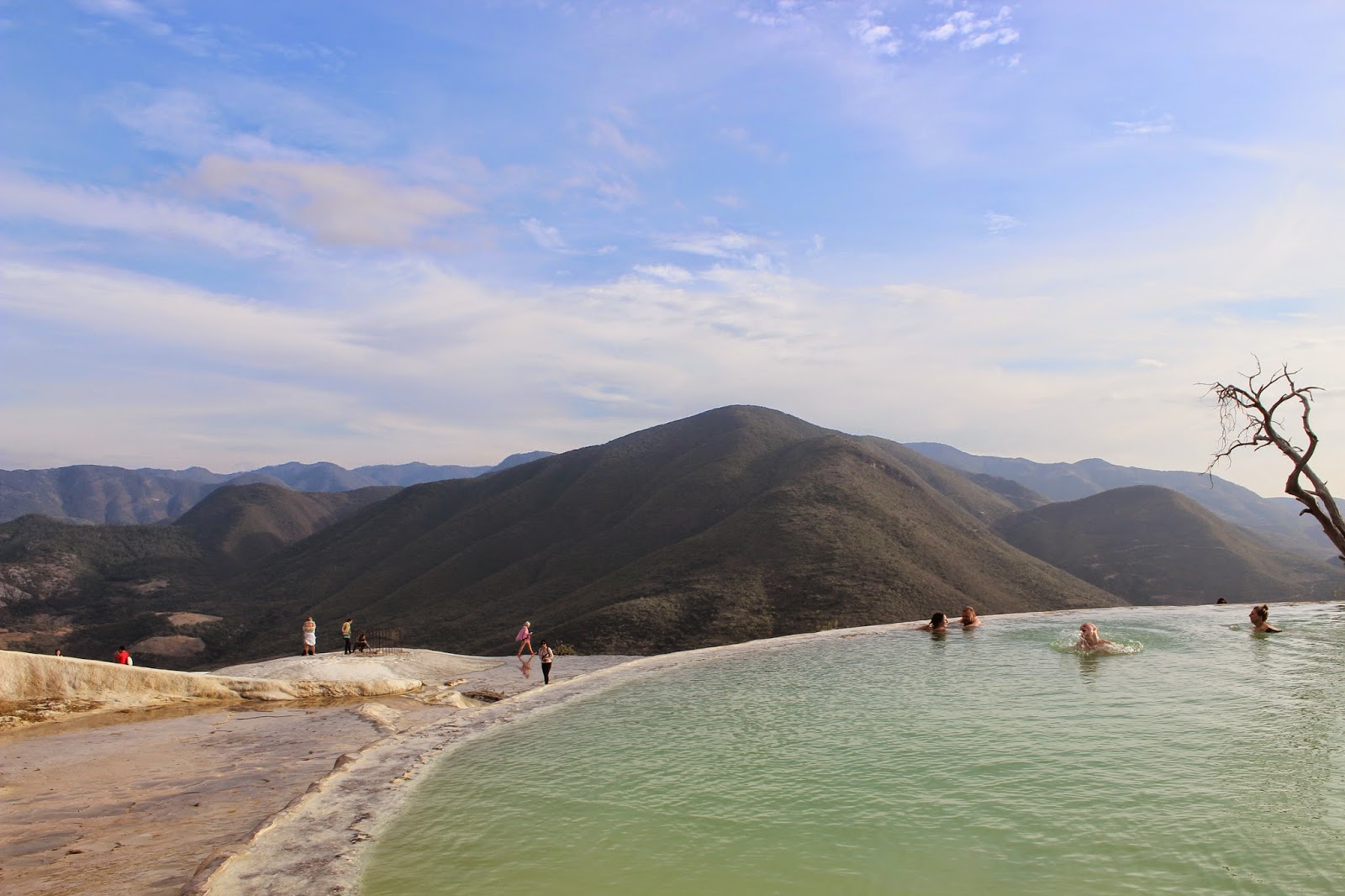 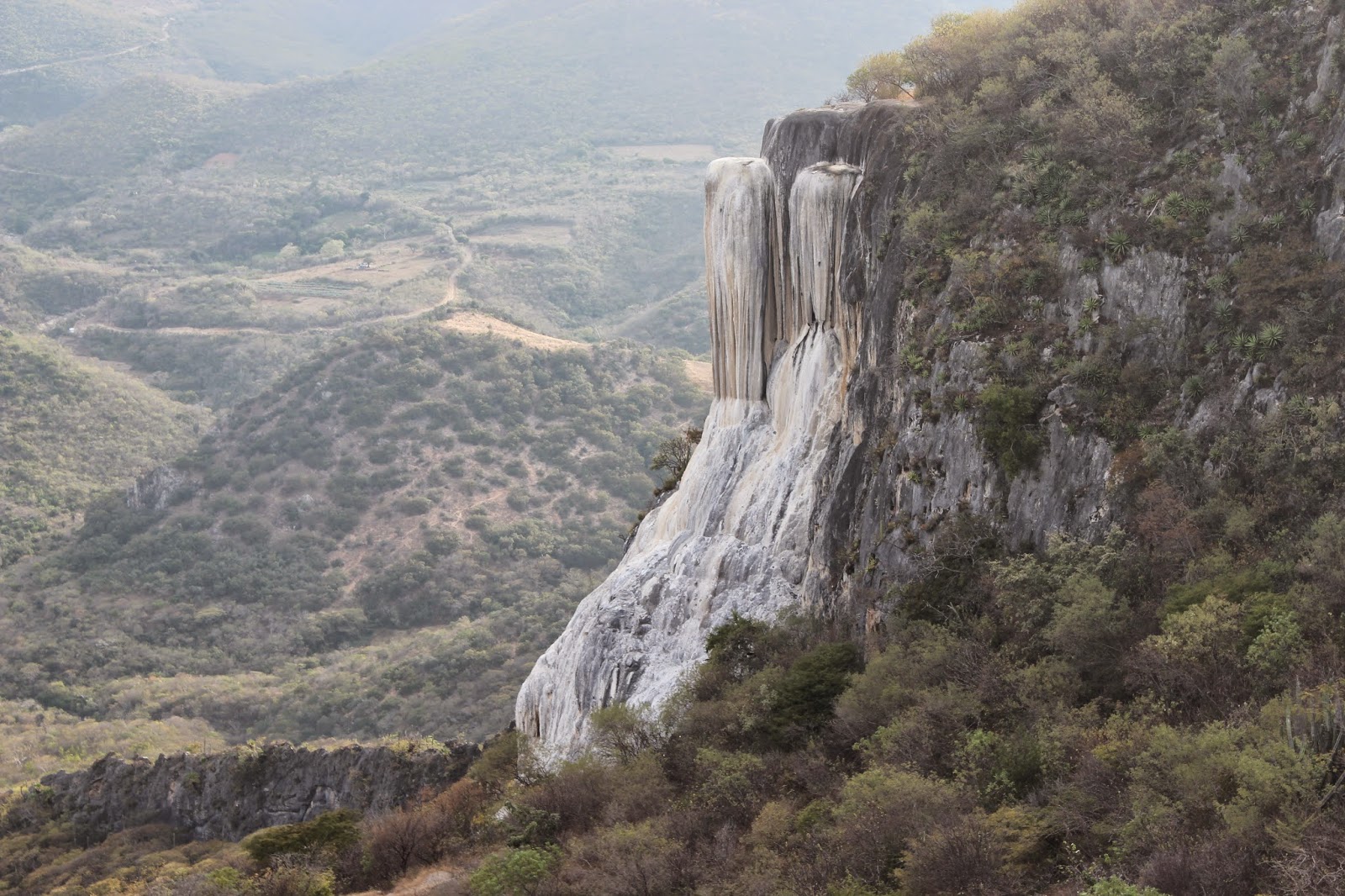 By late afternoon we arrived at Hierve el Agua. The scenery was stunning but the pools were much smaller than I had expected and very cold. However, to my surprise the solidified waterfall that I saw quickly in the Lonely Planet and assumed was far away was part of Hierve el Agua. The waterfall was awesome, I mean just look at it (^^^). I have never seen anything like it.