We arrived at our last stop on the twenty four day overland, Victoria Falls! I have mixed reviews on the last twenty four days but I know one thing, I can't wait to see some waterfalls.

After setting up our tents and pulling our backpacks out of our lockers FOR. THE. LAST. TIME. at Victoria Falls Rest Camp and Lodge Nicole, Jess and I hit the streets to do some shopping and search for wi-fi. We started to sound like broken records "Chris, does this place have wi-fi?" but once you have wi-fi for most of your life it's hard to live without it. Some of us have a blog to keep up on ;). Luckily we found Shearwater Cafe which had great food, an excellent atmosphere and free wi-fi. Triple whammy. 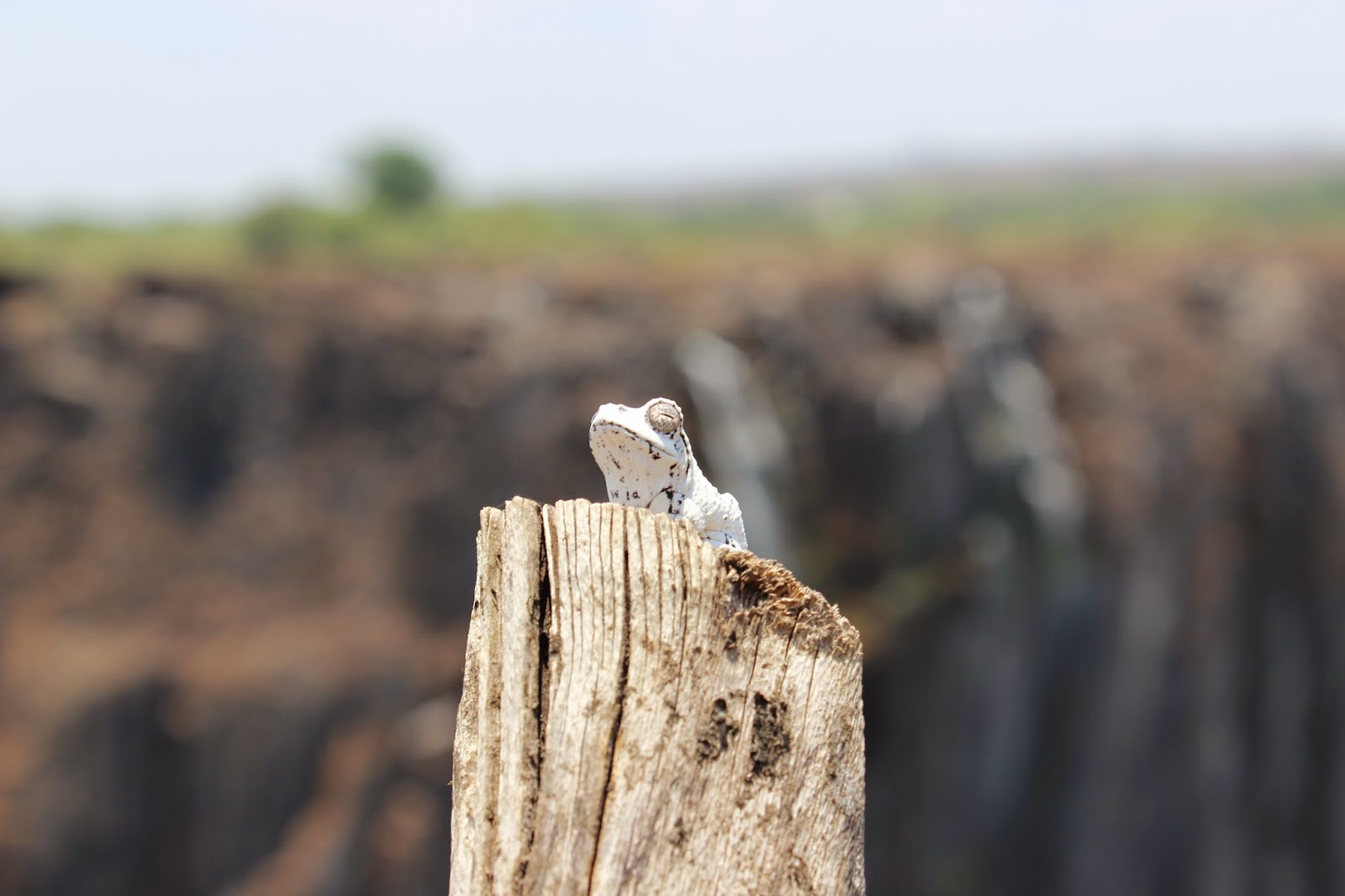 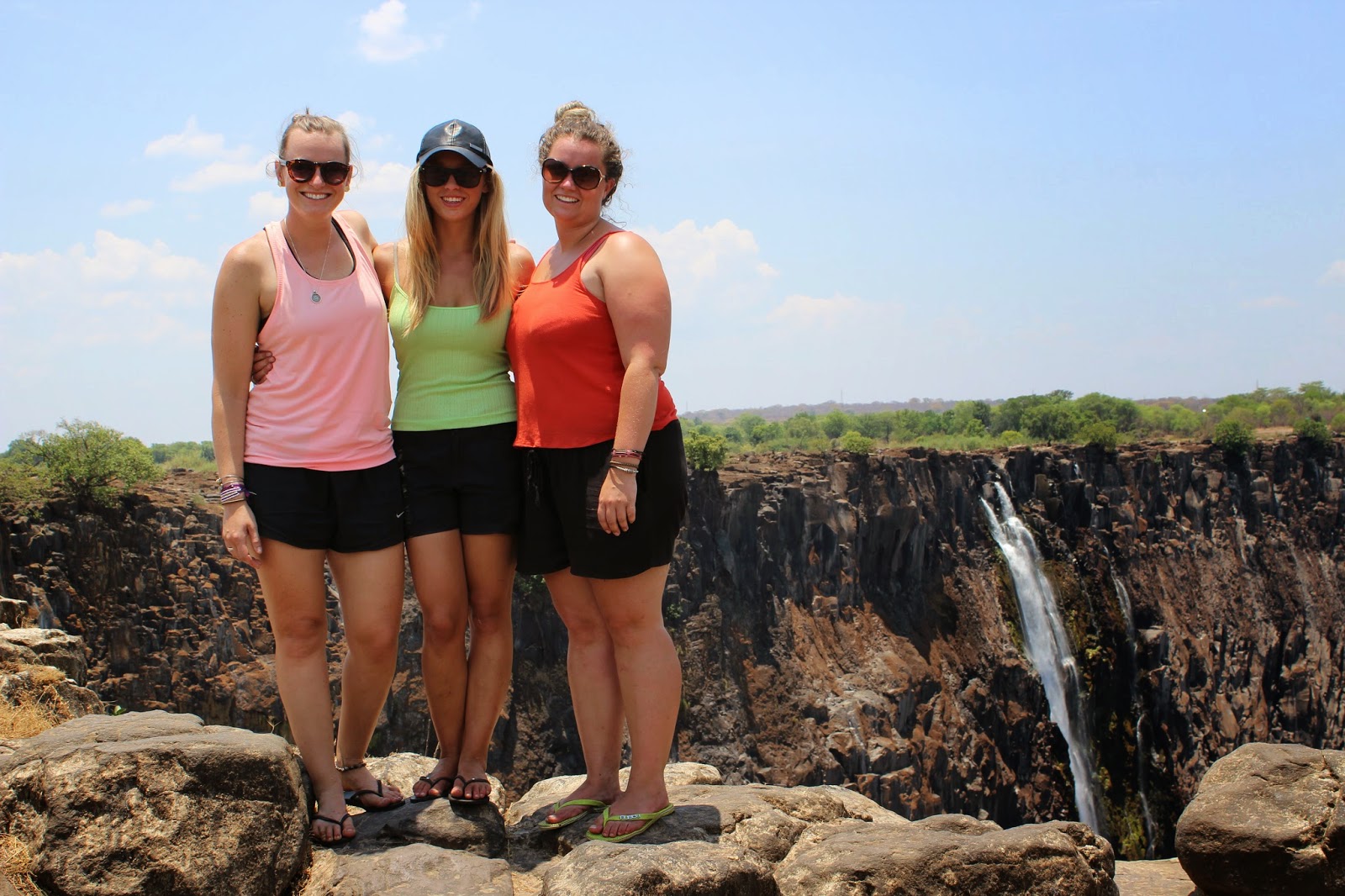 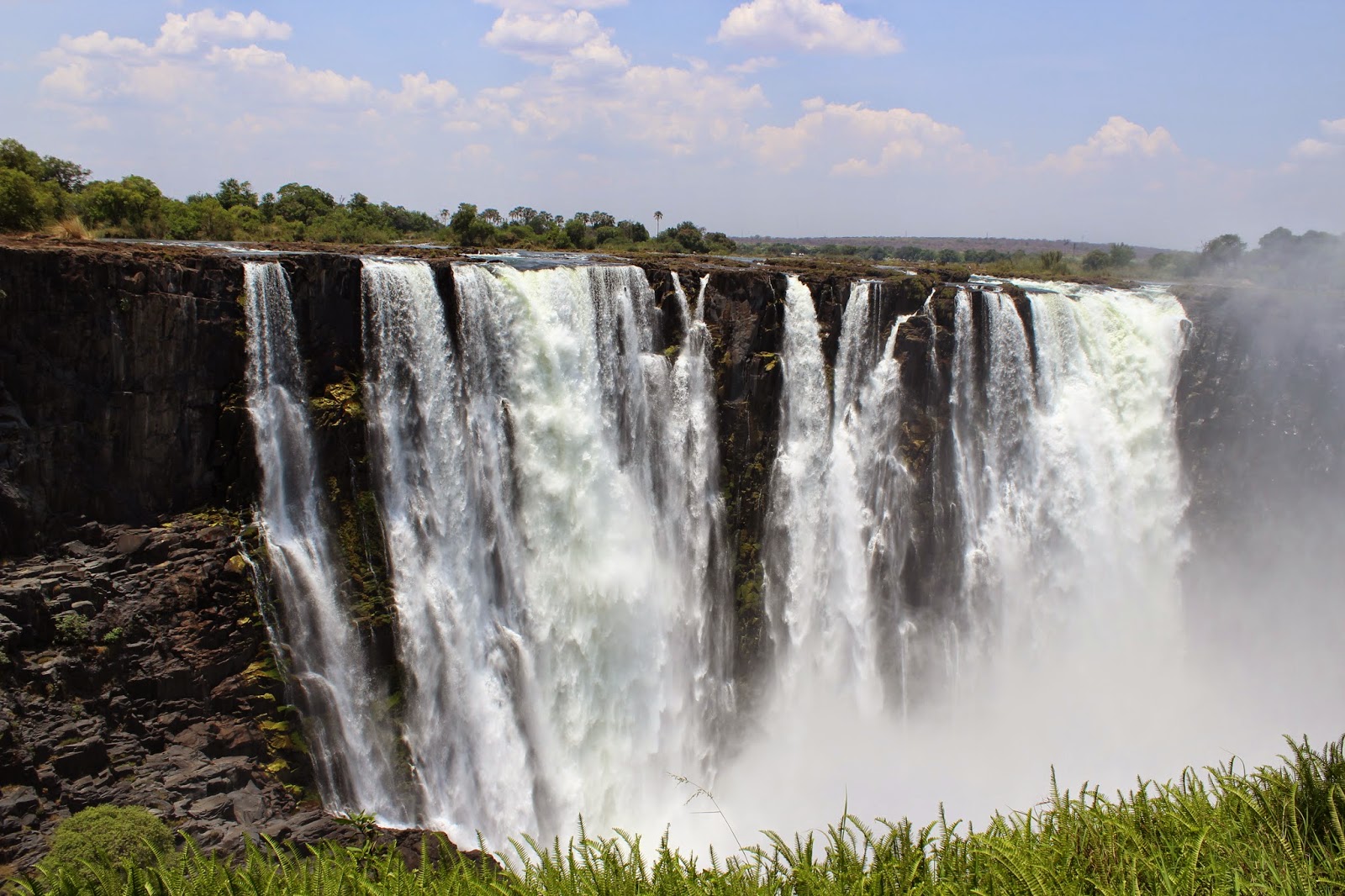 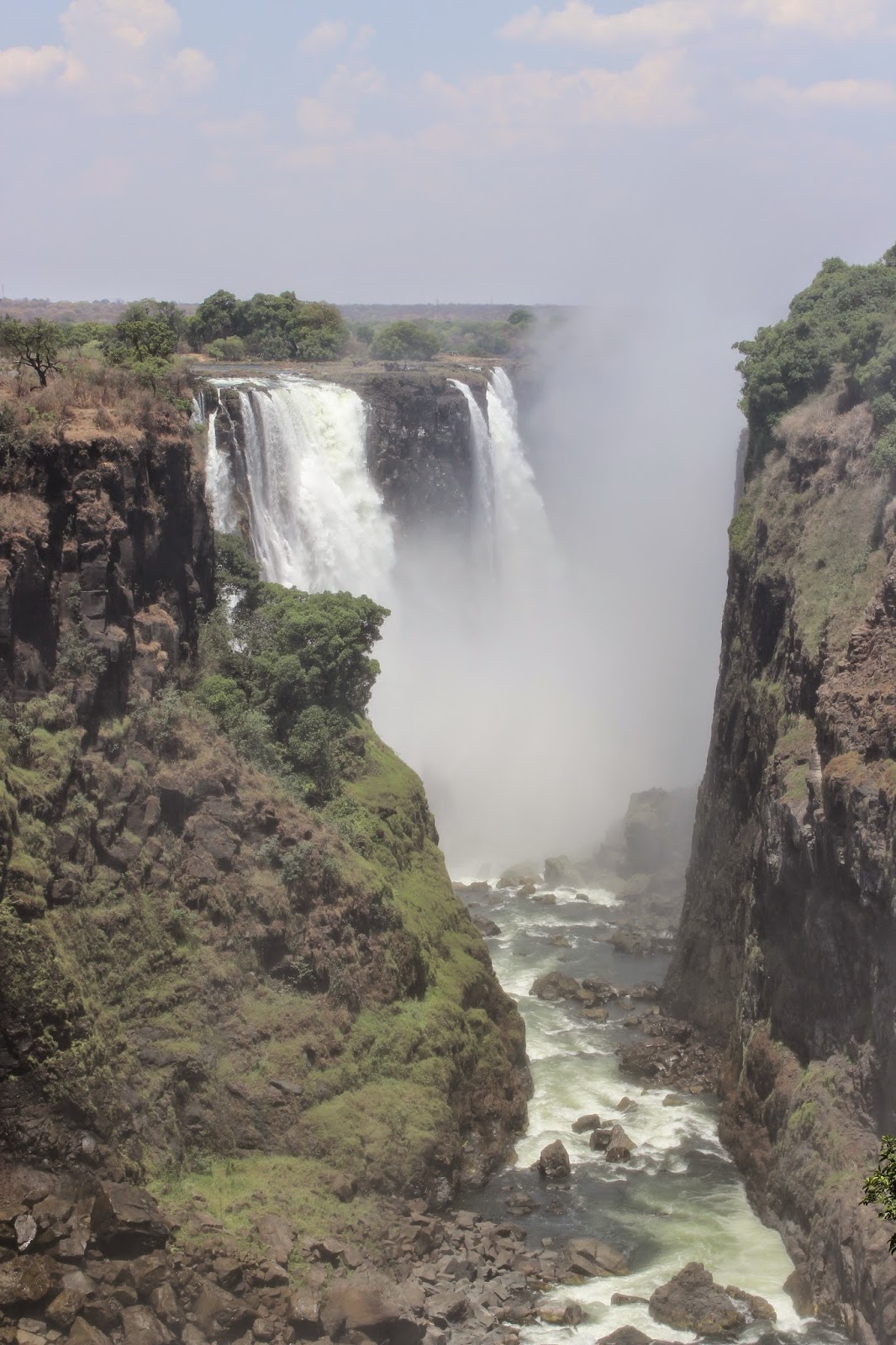 Now, that we had Instagrammed a few photos Nicole, Jess, and I walked down the one main street in Victroia Falls to Victoria Falls. We spent an hour walking along the path stopping at every view point to see the water rushing over the cliff. At the main falls the vegetation was practically a jungle because of how much spray came from the falls. We would get soaked at some of the view points. Chris said that during the raining season the spray from the falls can be felt in town. So much water! 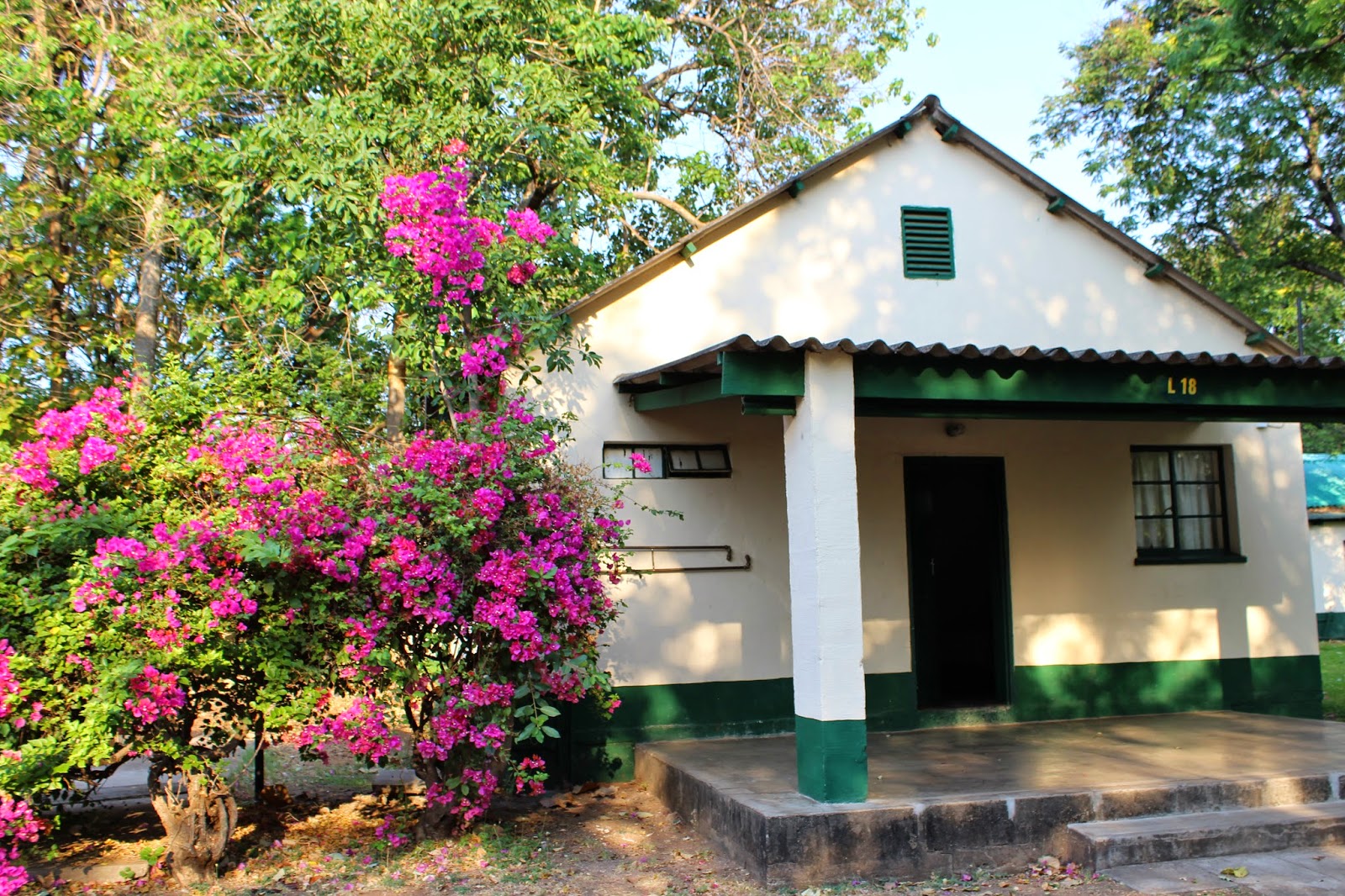 Since food was rather expensive in Victoria Falls Nicole and I stopped at the grocery store to get apples and fruit bread to have for breakfast the following morning. I checked into a dorm room (we had one extra night in Victoria Falls that was not part of the Overland) and brought the fruit bread and Nicole and Jess checked into a large dome tent and brought the apples. Did I forget to mention that Victoria Falls Rest Camp and Lodge has a monkey infestation in the mornings? No joke a monkey opened Nicole and Jess's tent door and hopped on Nicole's bed while she was in it and ate the apples. You should see the video that Jess took - hilarious. After our apples had been contaminated I pulled out the fruit bread to find that something had eaten it! I am telling myself it was a mouse because the fruit bread was on my nightstand and if there was a rat that close to me while I was alone in a dorm room I will have nightmares for the rest of my life. You could say our prearranged breakfast was a huge fail. We made our way to Shearwater Cafe for fruit, muesli and yogurt. 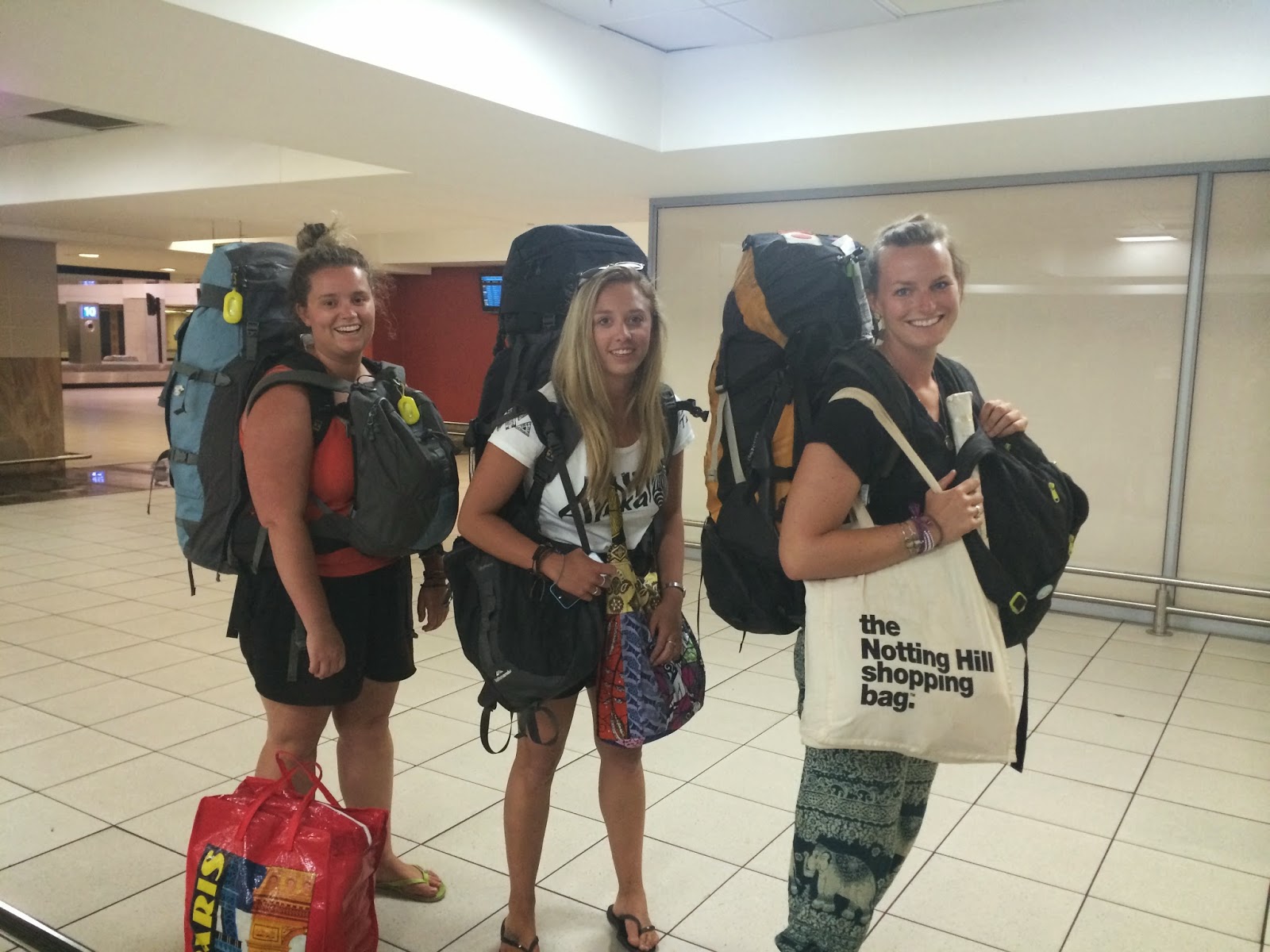 After breakfast we took three taxis (one to the border, one across the border and one to the airport) across the Zambian border and paid another $50 visa fee to fly out of Livingston Airport to Johannesburg. Jess, Nicole, Maria and I were all on the same South African flight. Two hours later we touched down in South Africa and I had to say goodbye to Nicole and Jess. The overland wouldn't have been the same without them.