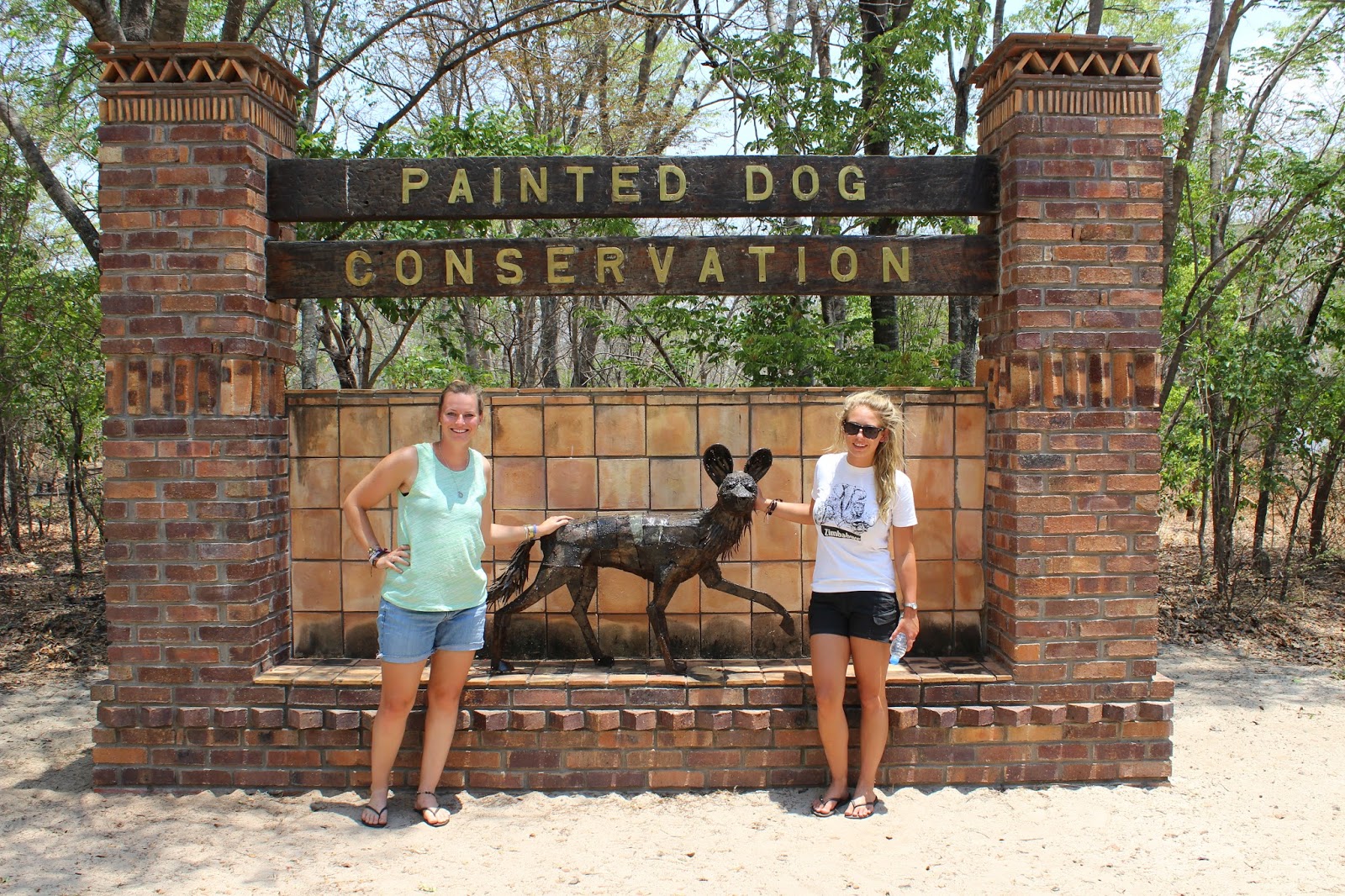 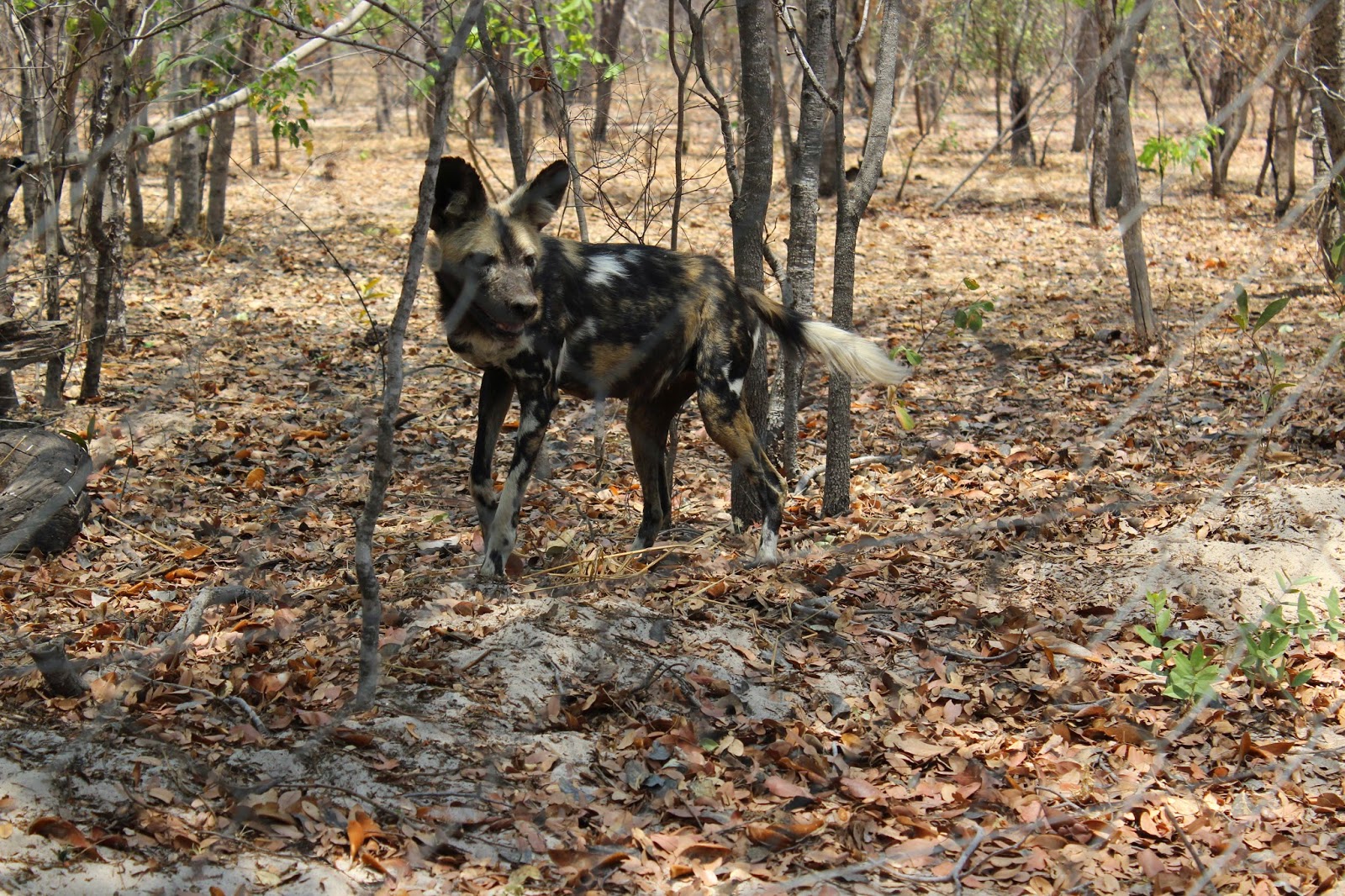 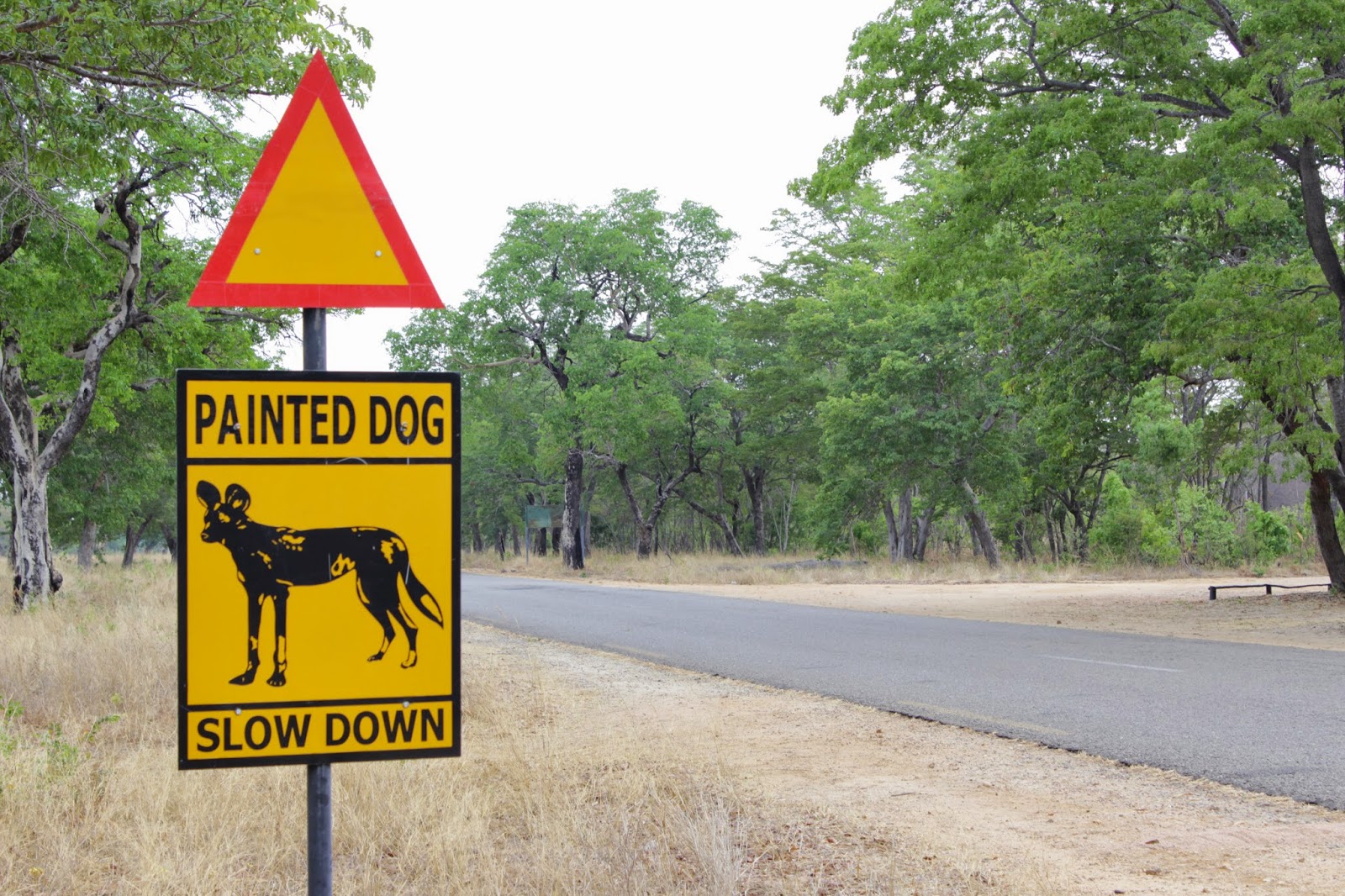 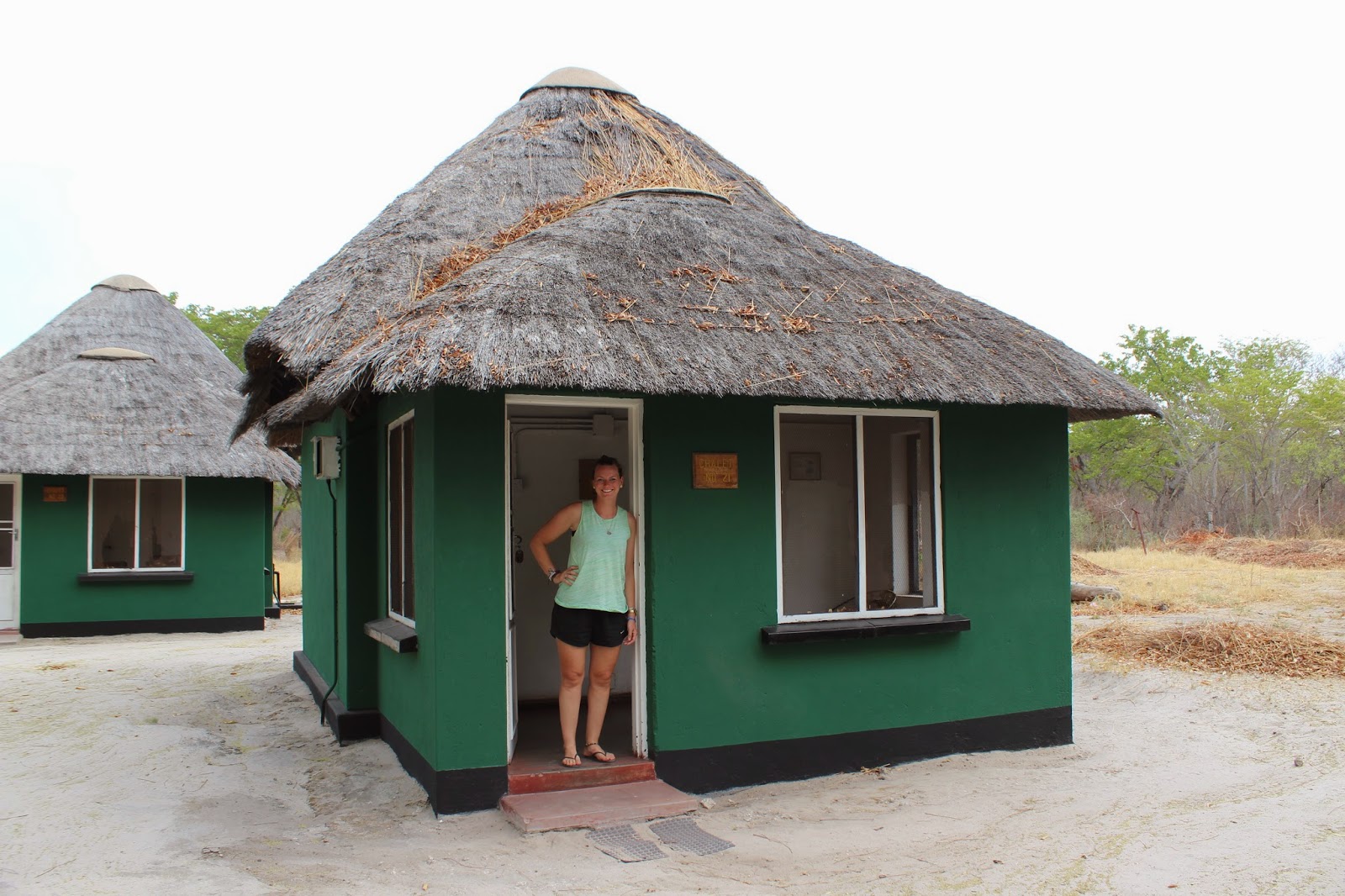 Chris surprised us with upgrades at Hwange National Park. We stayed in the national park facilities which were basic but I was happy to have a power outlet to charge up my technology. After we settled in and I ate three peanut butter and jelly sandwiches for lunch (it had been seven hours since breakfast) Africa Wanderers met us for an afternoon game drive.

We all climbed into the open topped truck and headed to the bush for one of the best game drives. Unlike the game drives in Tanzania, Hwange National Park was so relaxed. Jordan, our safari guide who was Zimbabwean, was able to get out of the truck to show us plants, animals tracks, elephant sculls and even drove standing up while we looked for lions. That was exciting. 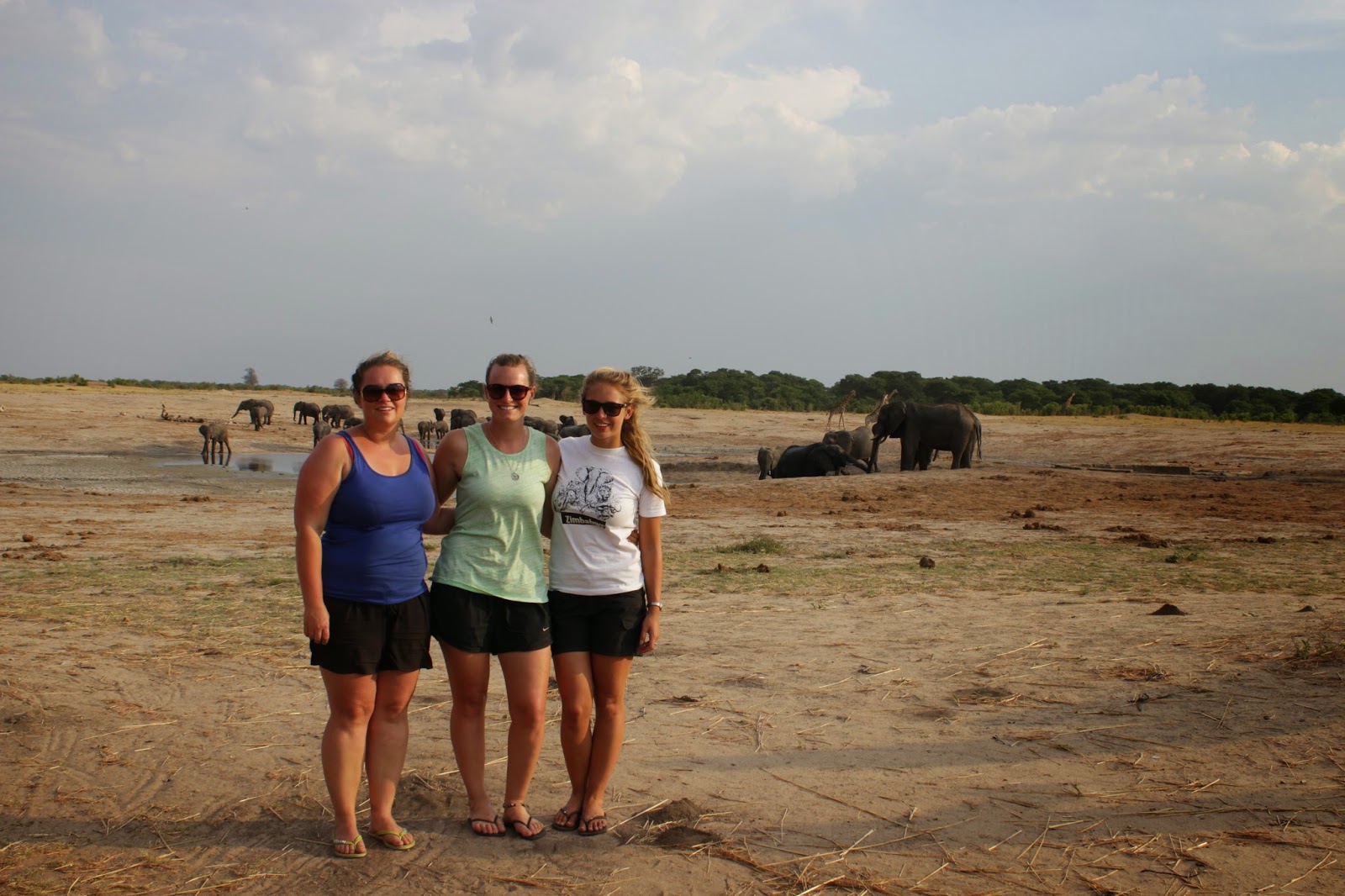 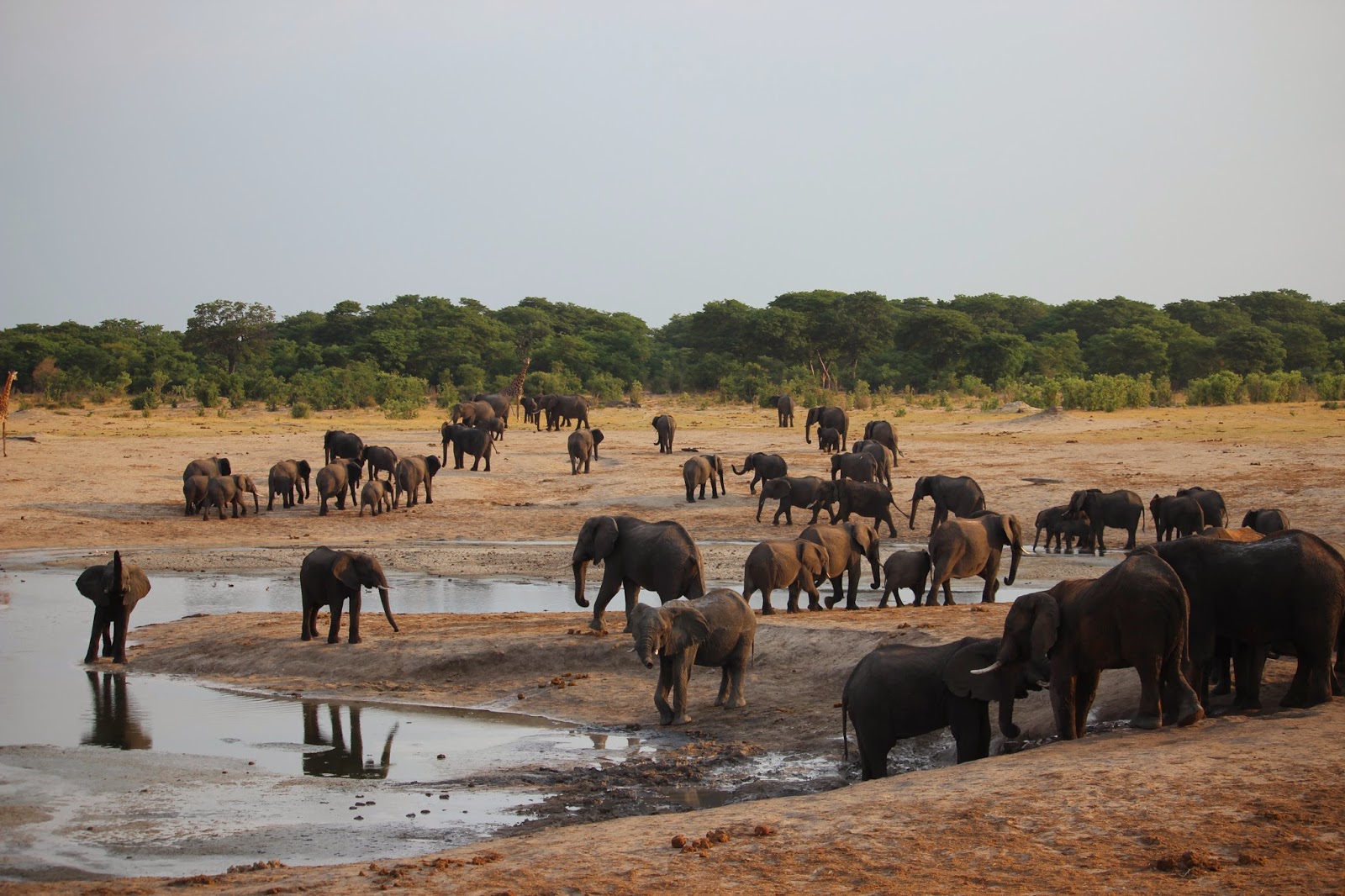 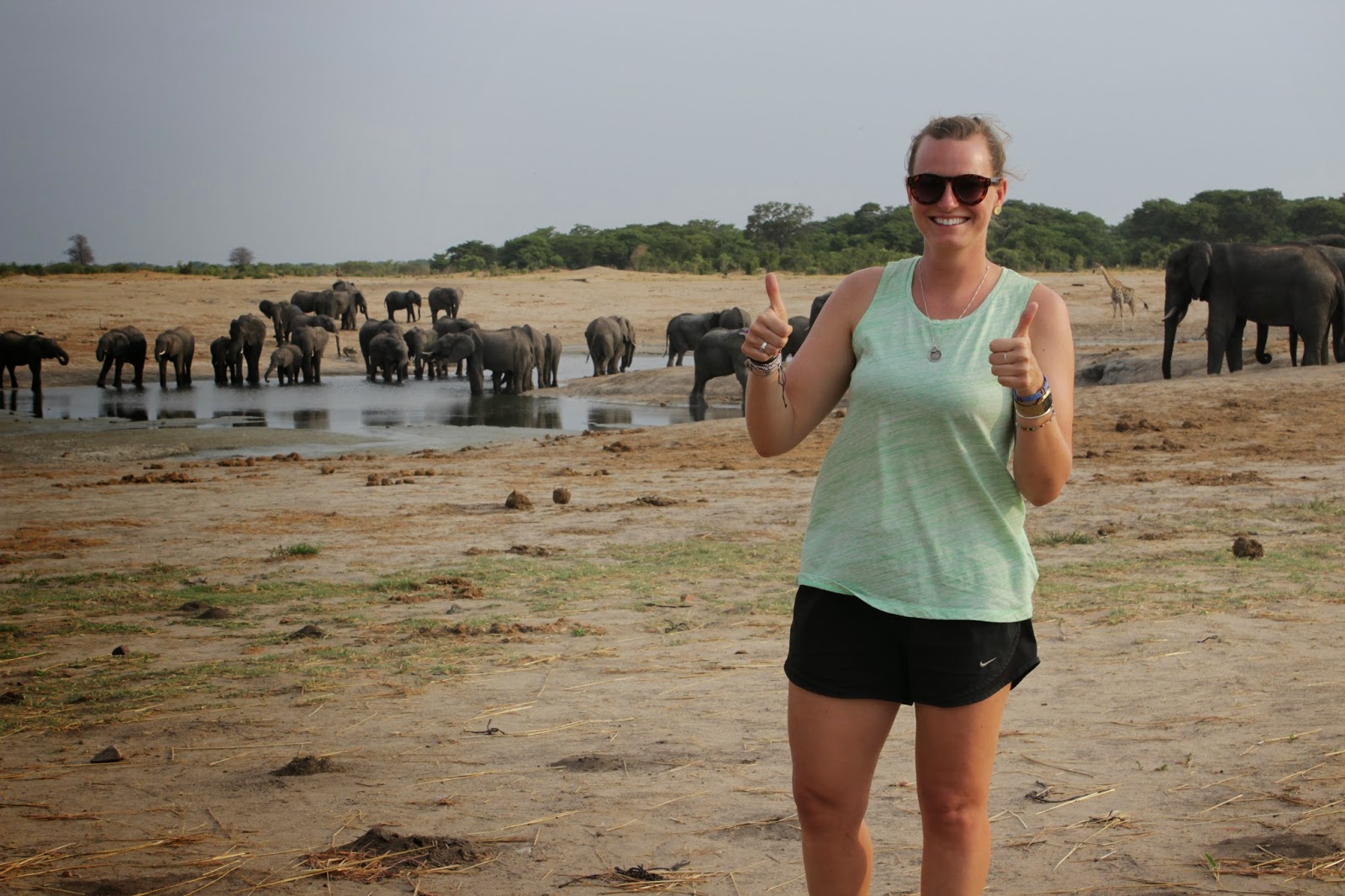 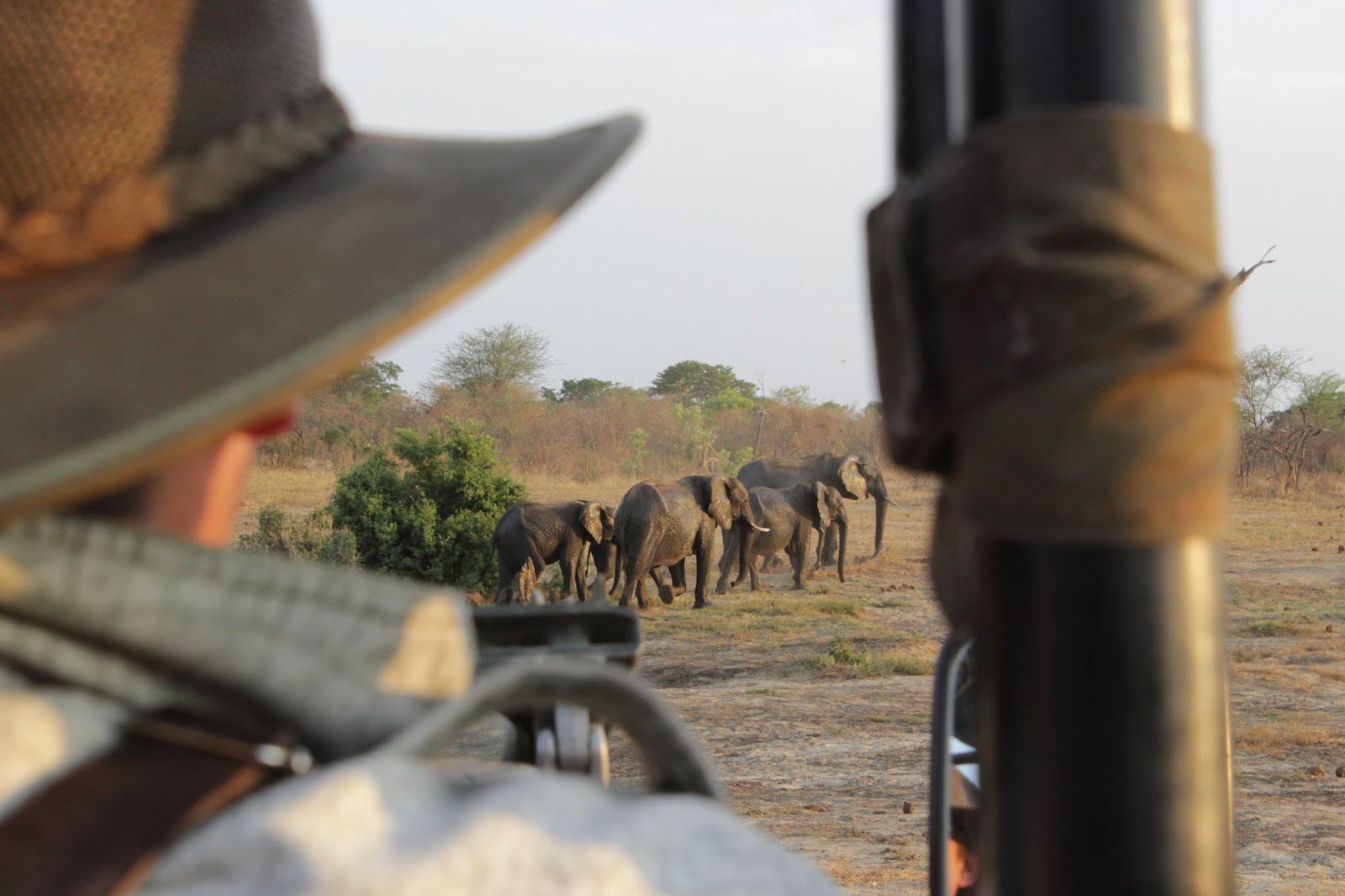 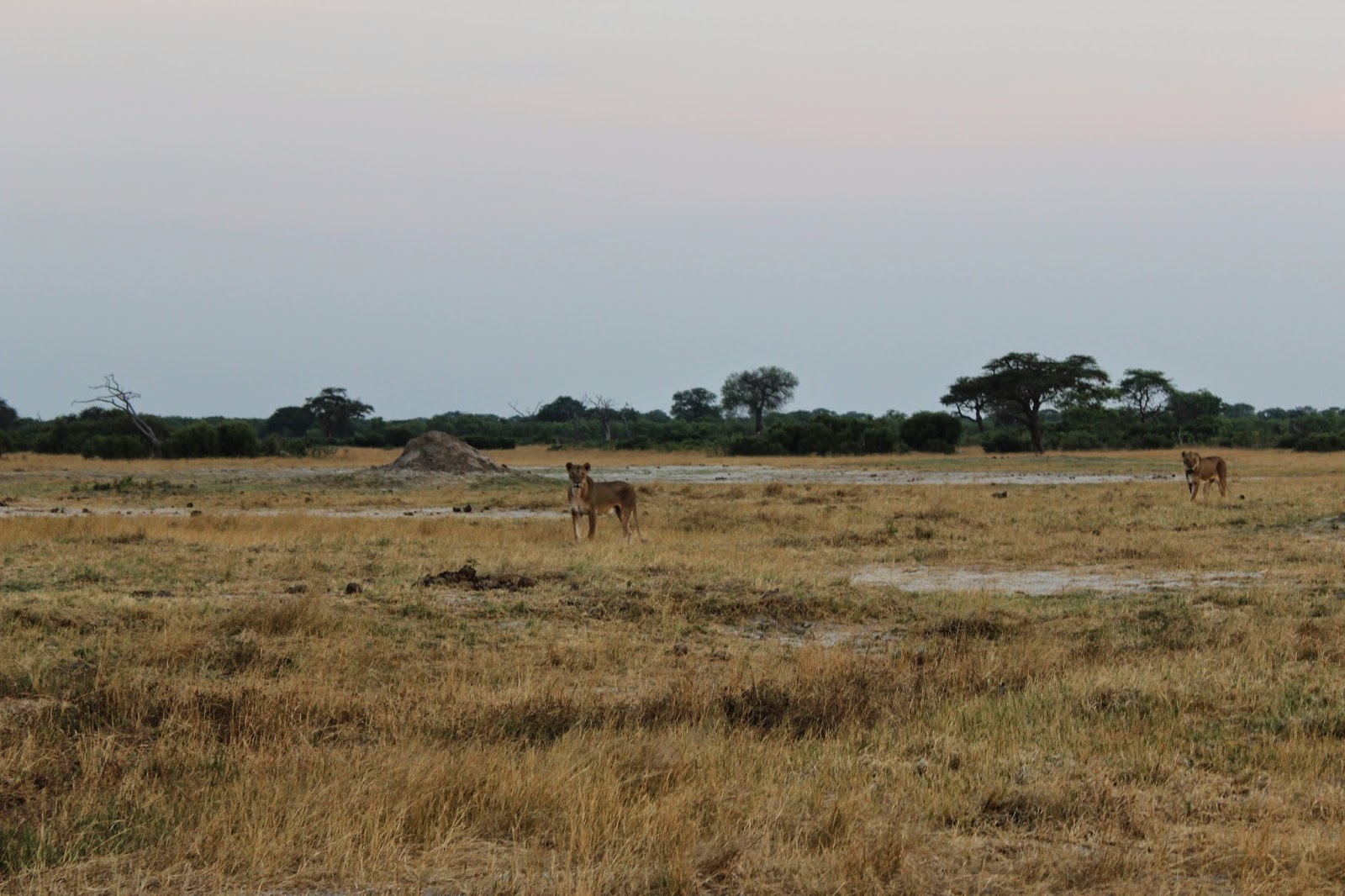 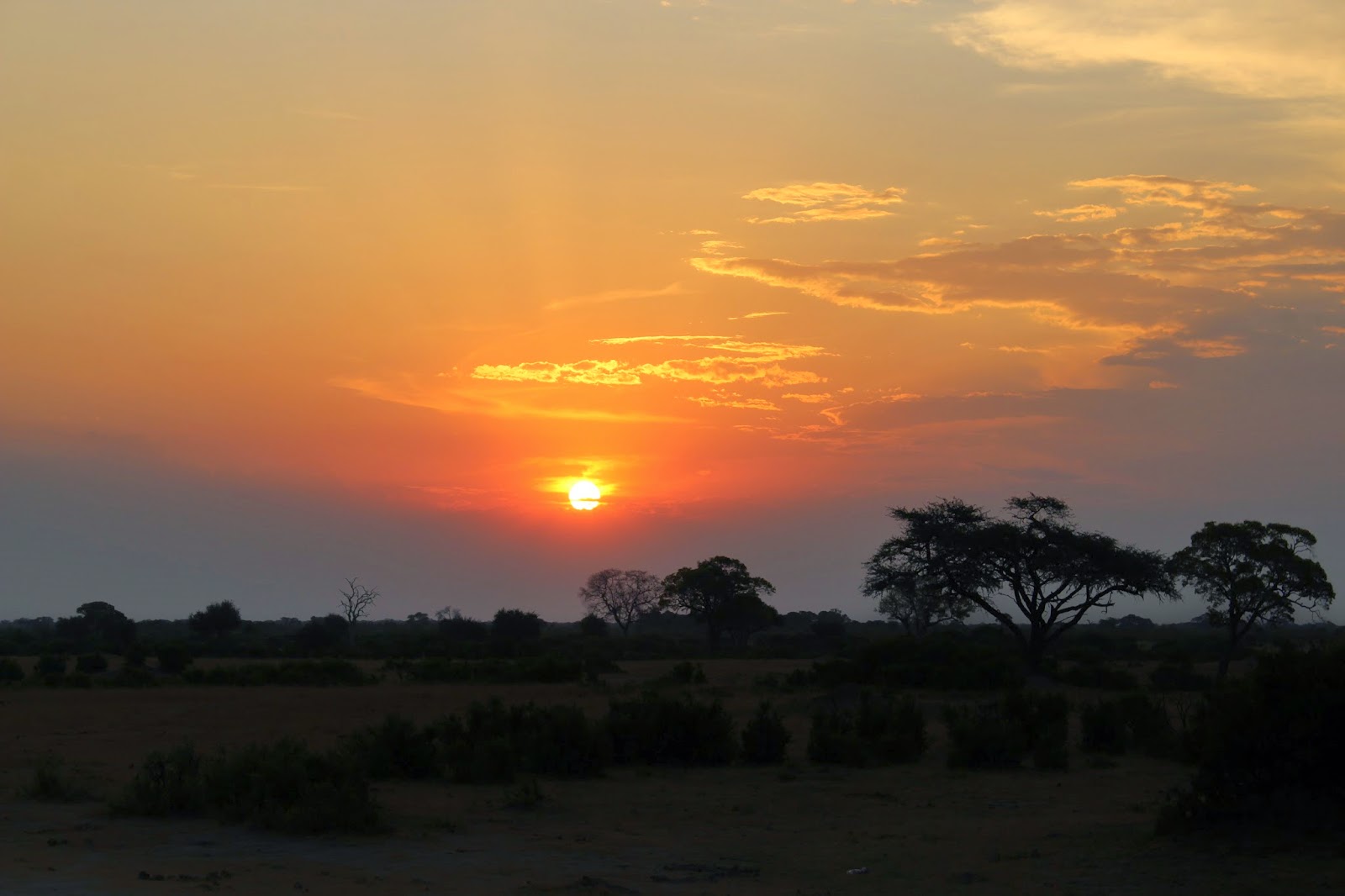 We saw so many elephants I couldn't believe it. As elephants number one fan I was thrilled. At one watering hole there were over fifty elephants, I counted. It was amazing to just sit there and watch them interact. At another watering hole there were six lioness (SIX!!), zebras, hippos and if that wasn't enough a herd of elephants strolled up. I mean come on. On the drive out of the park after hours (oops, we blamed the lioness) we saw a cheetah right near the road. Like I said, best game drive.

After dinner, once it was dark, Africa Wanderers met us for a night game drive. However, we weren't allowed to call it a game drive since Jordan didn't want us expecting to see animals so we called it an adventure drive. Turns out we saw lots of animals as Nicole used the spotlight and searched for animals in the bushes. Then we turned the spotlight off as we approached a herd of elephants crossing the road. While we watched them in the pitch dark and listened to them (Jordan loved that part) we could see off in the distance over eighty elephants coming our way - two huge herds. We watched while they crept closer. Our truck was parked in the middle of where the elephants crossed the road. The elephants walked right to us and then around us. It was one of the most amazing moments. I can't even describe the feeling.