As we pulled into Burkes' Backpackers Paradise Nicole, Jess, Suzie and I decided to upgrade to a four bed room for the following two nights and give our tents a few nights off. Suzie and I have camped every night so far and an upgrade was needed. I pulled my dusty backpack out of the locker and hauled it up to the room so I could finally get organized and do laundry. One thing about an Overland is you should forget about ever feeling clean for more then ten minuets. I have never worn such dirty clothes. I started doing my own laundry and turns out I am awful at it. If the shirt isn't already clean it won't be after I wash it (I need to watch some YouTube videos on hand washing clothes stat). Luckily Burke's Backpackers did laundry so I could give my skills a rest. 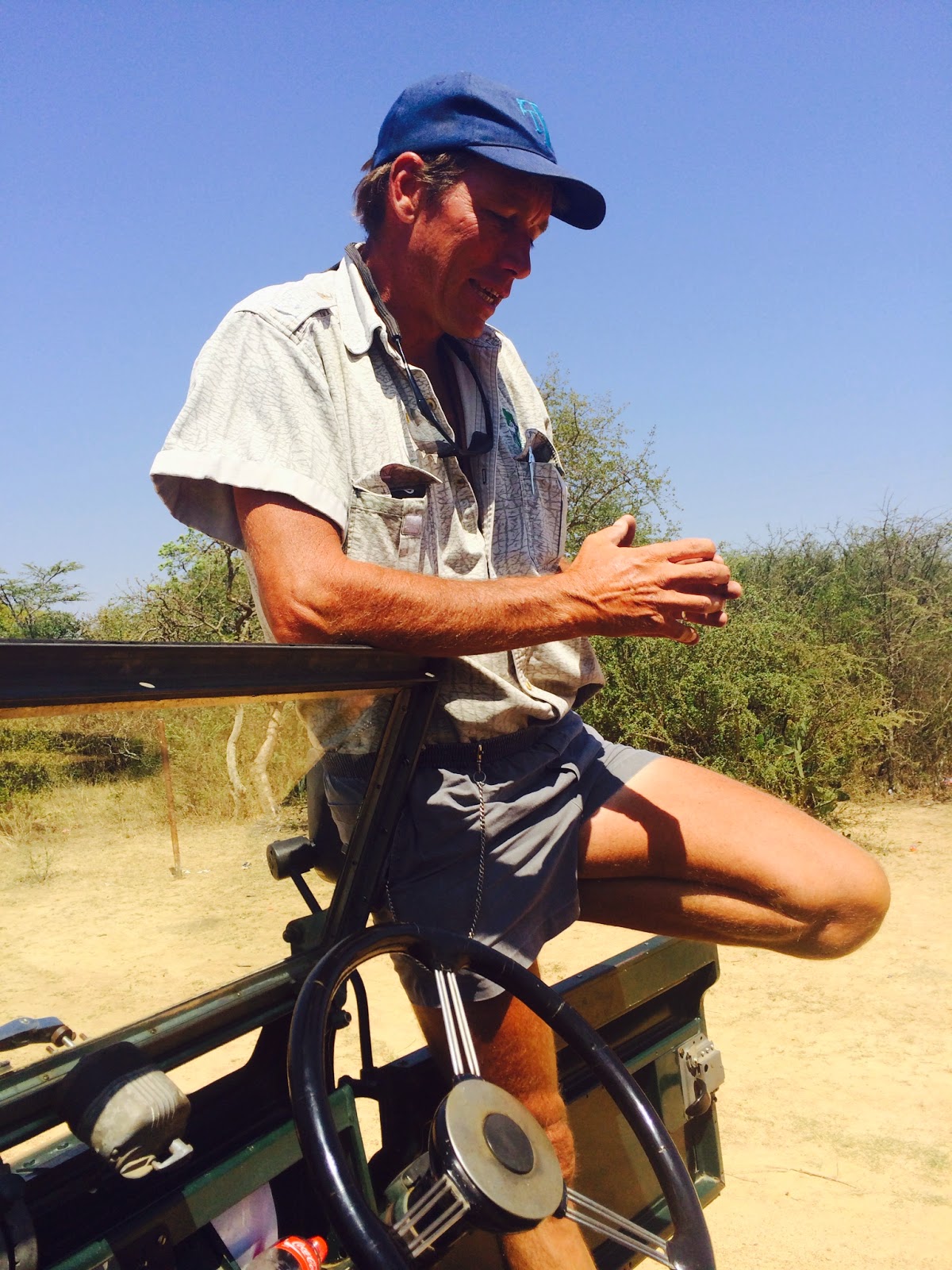 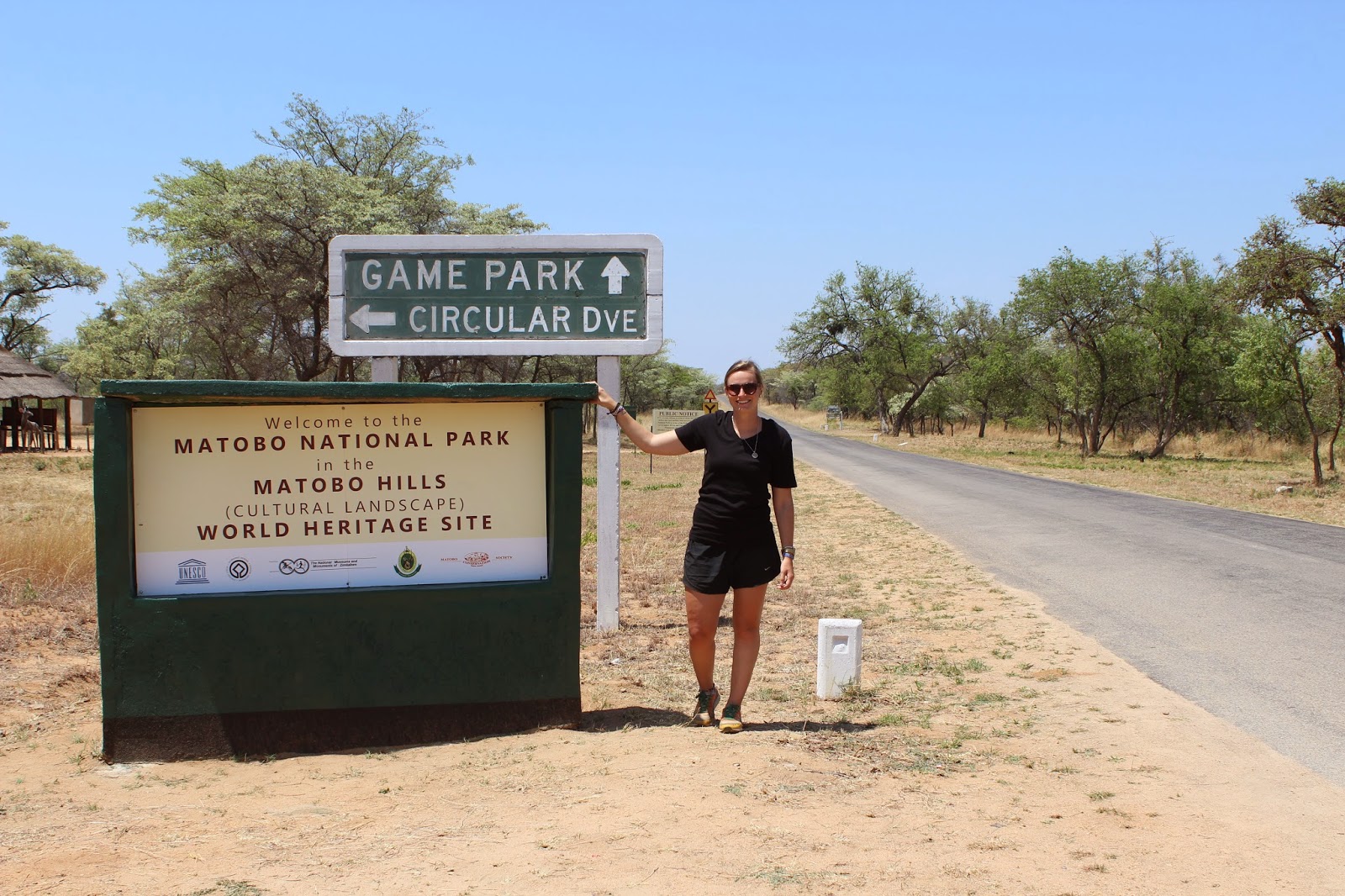 The following morning Ian, a Zimbabwe native who owns the safari company Africa Wanderer, and his staff met us at camp. Our group dived into two and hopped into trucks to go "chase some rhinos" as Ian called it. I sat shotgun and as we drove along the dirt road out to Matobo National Park Ian told me about his live in Zimbabwe. Ian was pretty much the coolest. 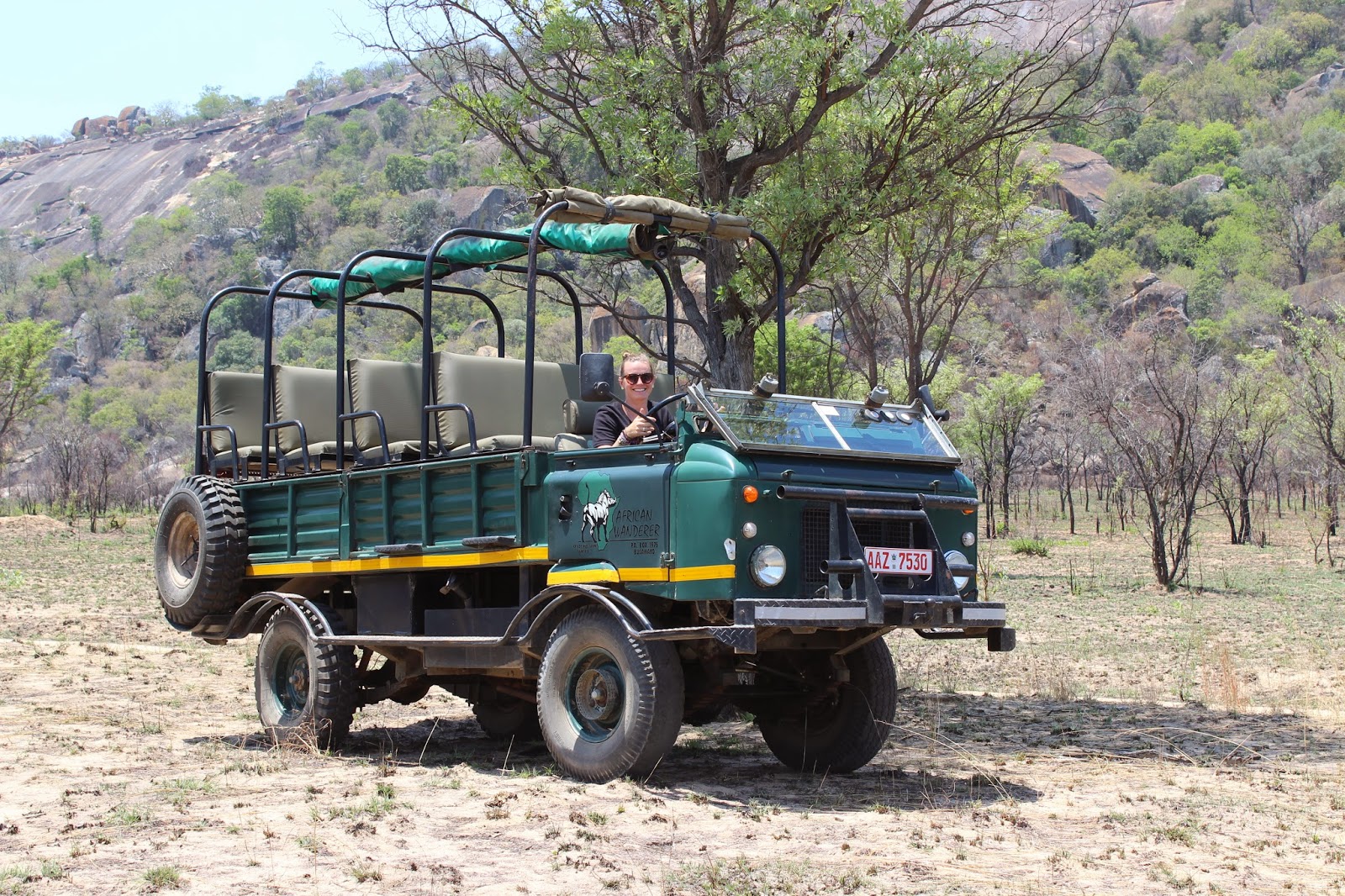 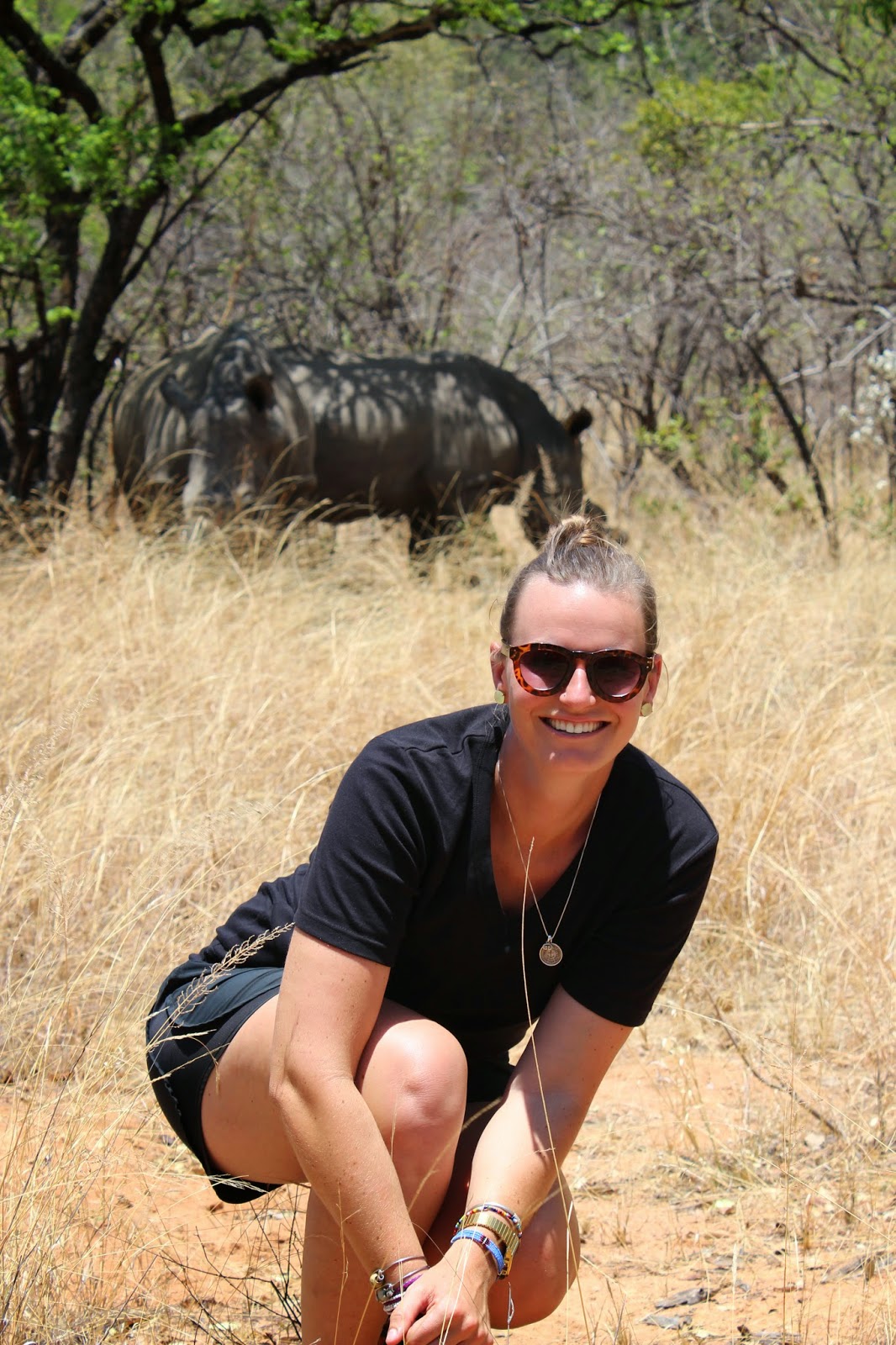 We drove through the park bird watching and learning about plants until we came upon three rangers who found some rhinos for us. They hopped into our trucks until we pulled over and got out to walk to the rhinos. Um wait... we get to get out of the truck?! This was very exciting for us because normally you can never leave the vehicle. After our rhino safety talk we went to find the three rhinos. Previously, I was not that into rhinos until now. They are awesome and huge! 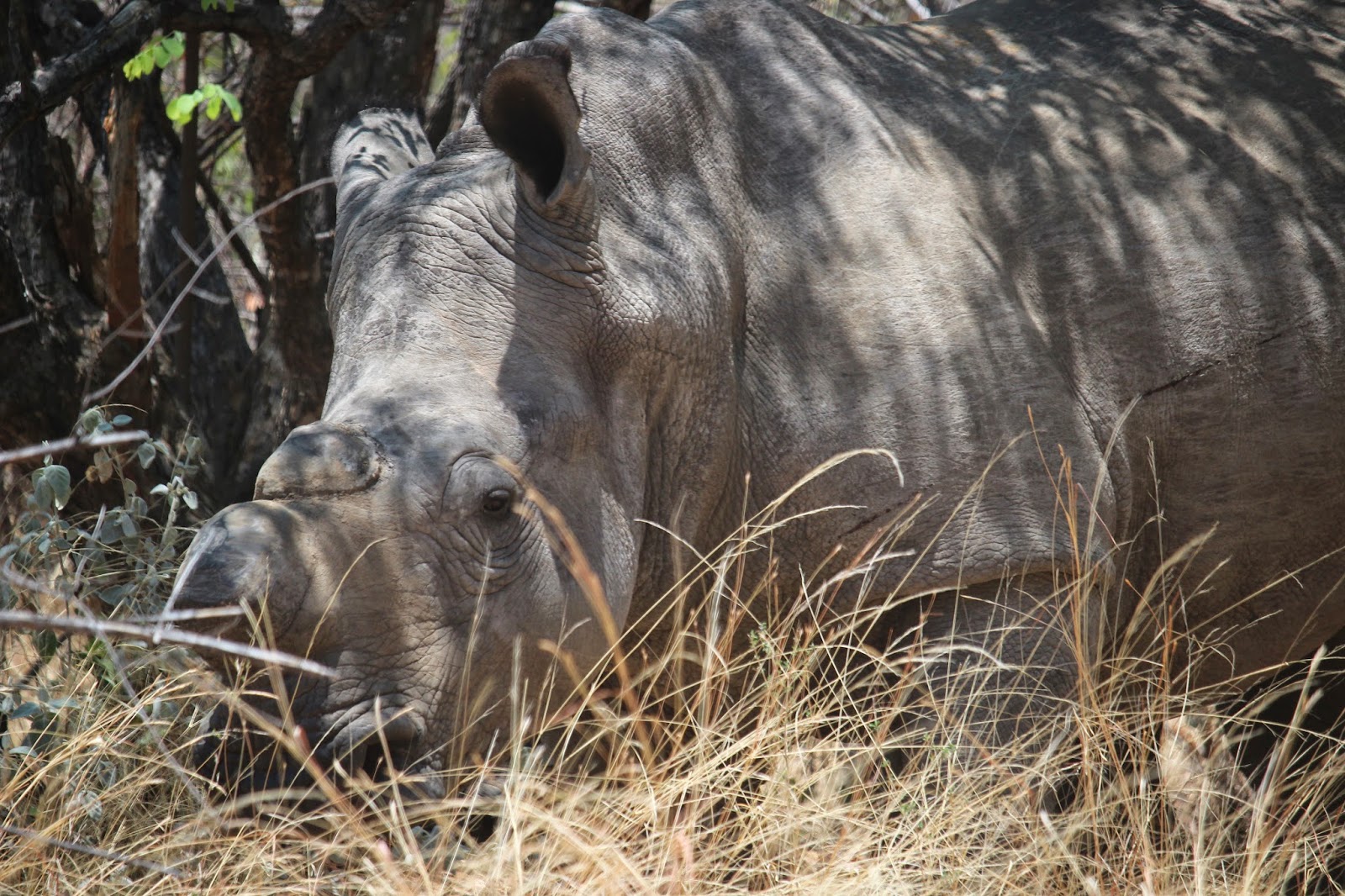 The rhinos we saw did not have horns because the park de-horns them for their safety. They have piles and piles of rhino horns in a backroom somewhere. Turns out rhino horns are like our finger nails and are easily removable. If the national parks were able to sell the horns to the world market Ian believes poaching would decrease. Rhino poaching is a serious issue and in about ten years it is estimated that there will be no rhinos left in the world, including zoos. In Matobo National Park twenty two to twenty five poachers are shot and killed a month. A month! In Zimbabwe it is completely legal for a park ranger to shot and kill a poacher without any consequence. 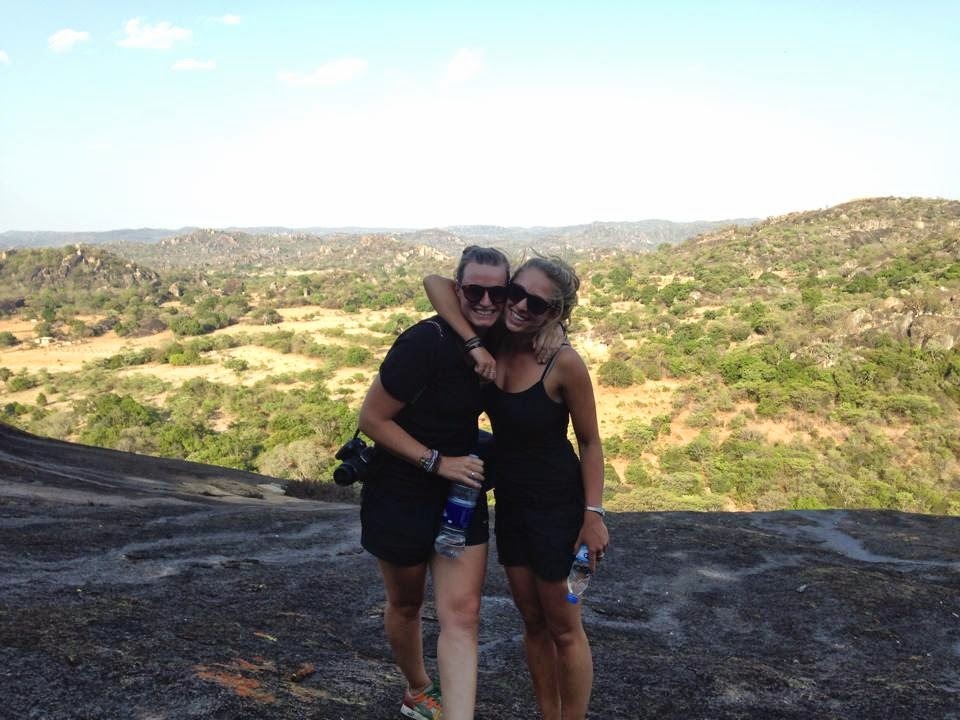 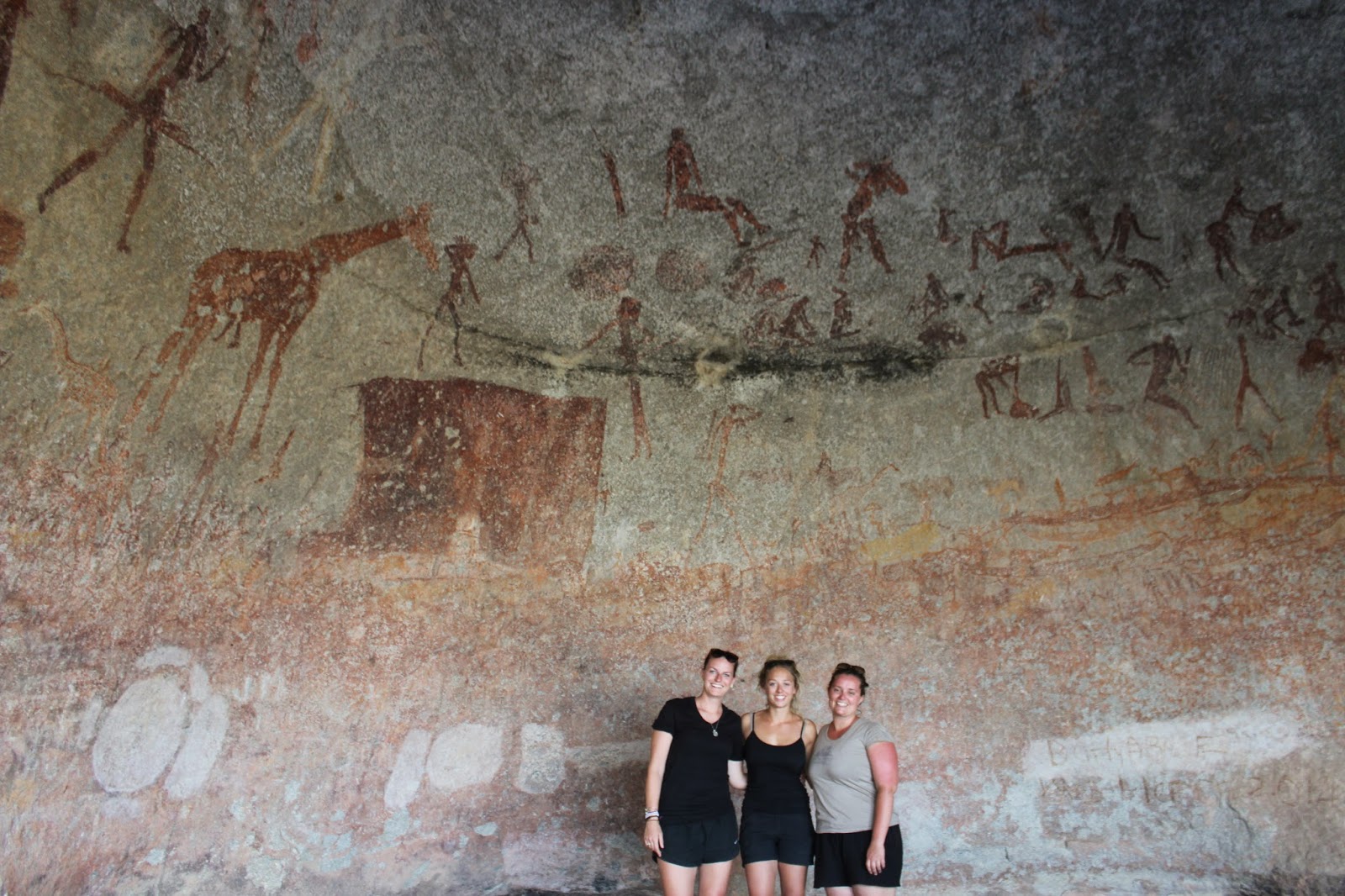 After lunch we did a mini hike to see rock art in a massive cave. We sat in the cave as Ian explained to us about bushmen and their way of life. Bushmen are small people and have unique bodies for their lifestyle. They eat up to 40 kilos of meat in one sitting which is then stored in their butts. I guess after they eat all that meat their butts get huge. They are also nomadic and do not have homes. They sleep in the grass, live off the land and only shower twice in their life - at birth and at death. 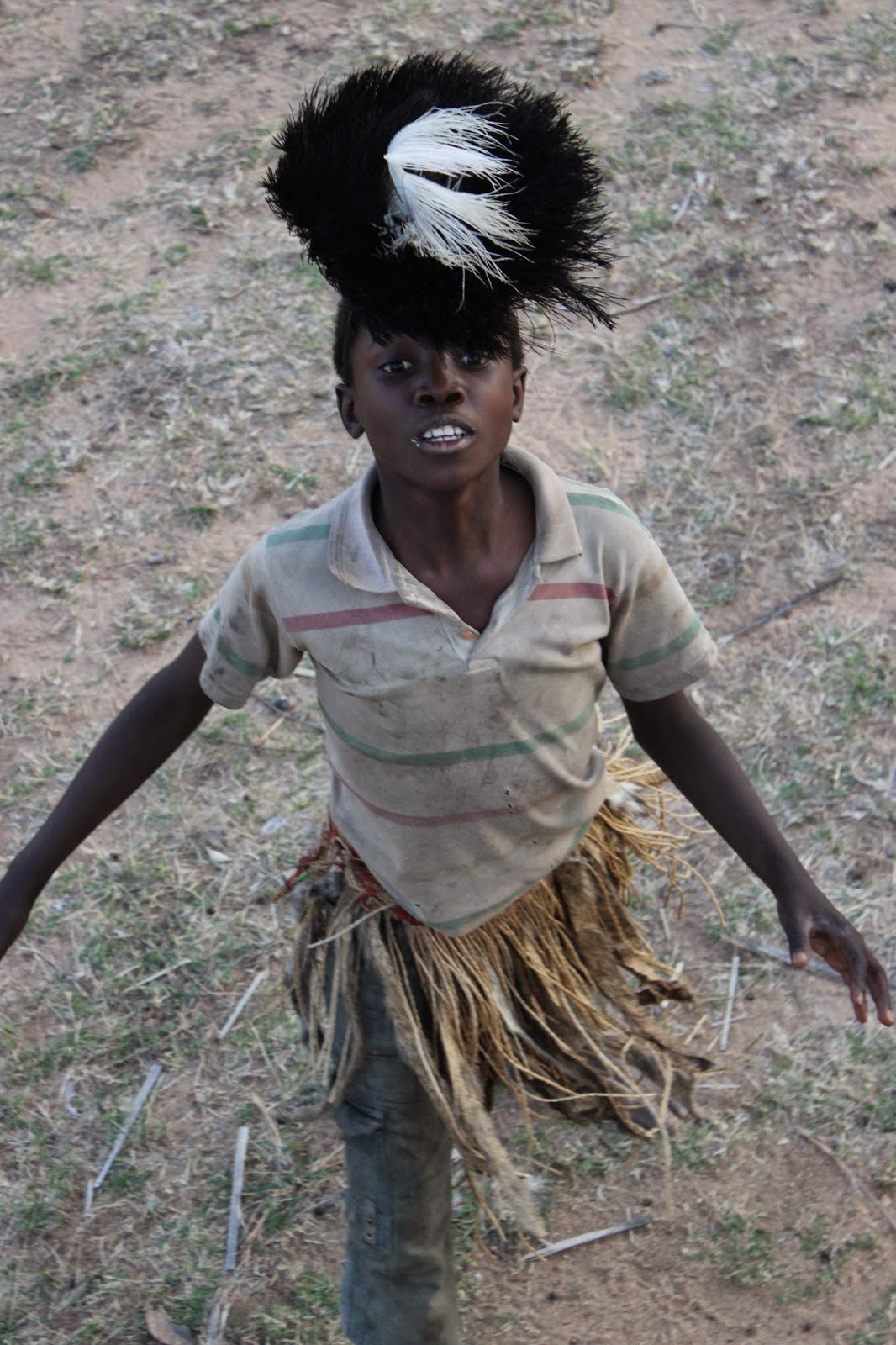 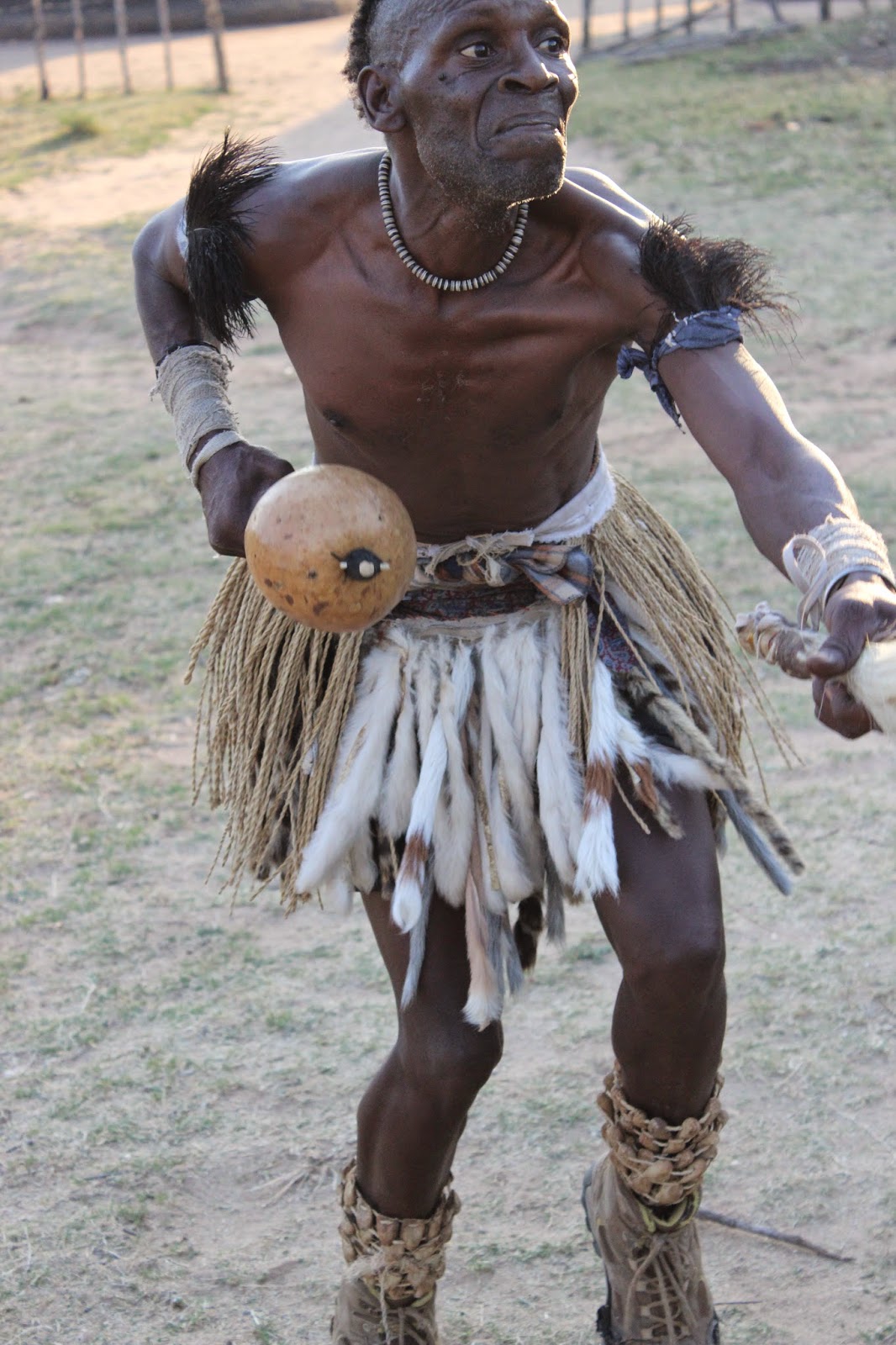 Before driving back to camp we stopped at a village to watch some local dancing. They've got moves, let me tell you. African dancing does not get old.

It was one of the best days of the Overland. I didn't want it to end.