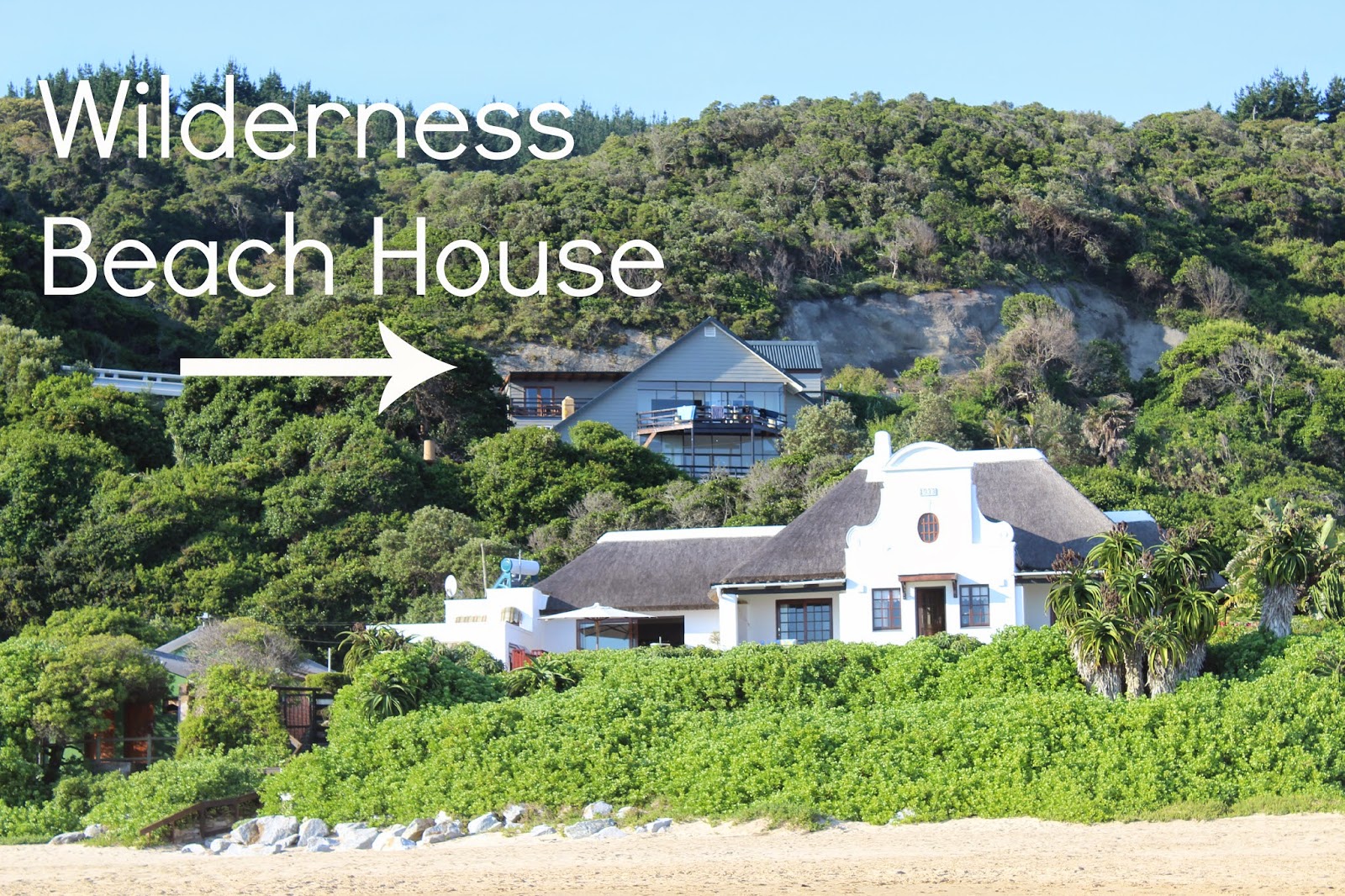 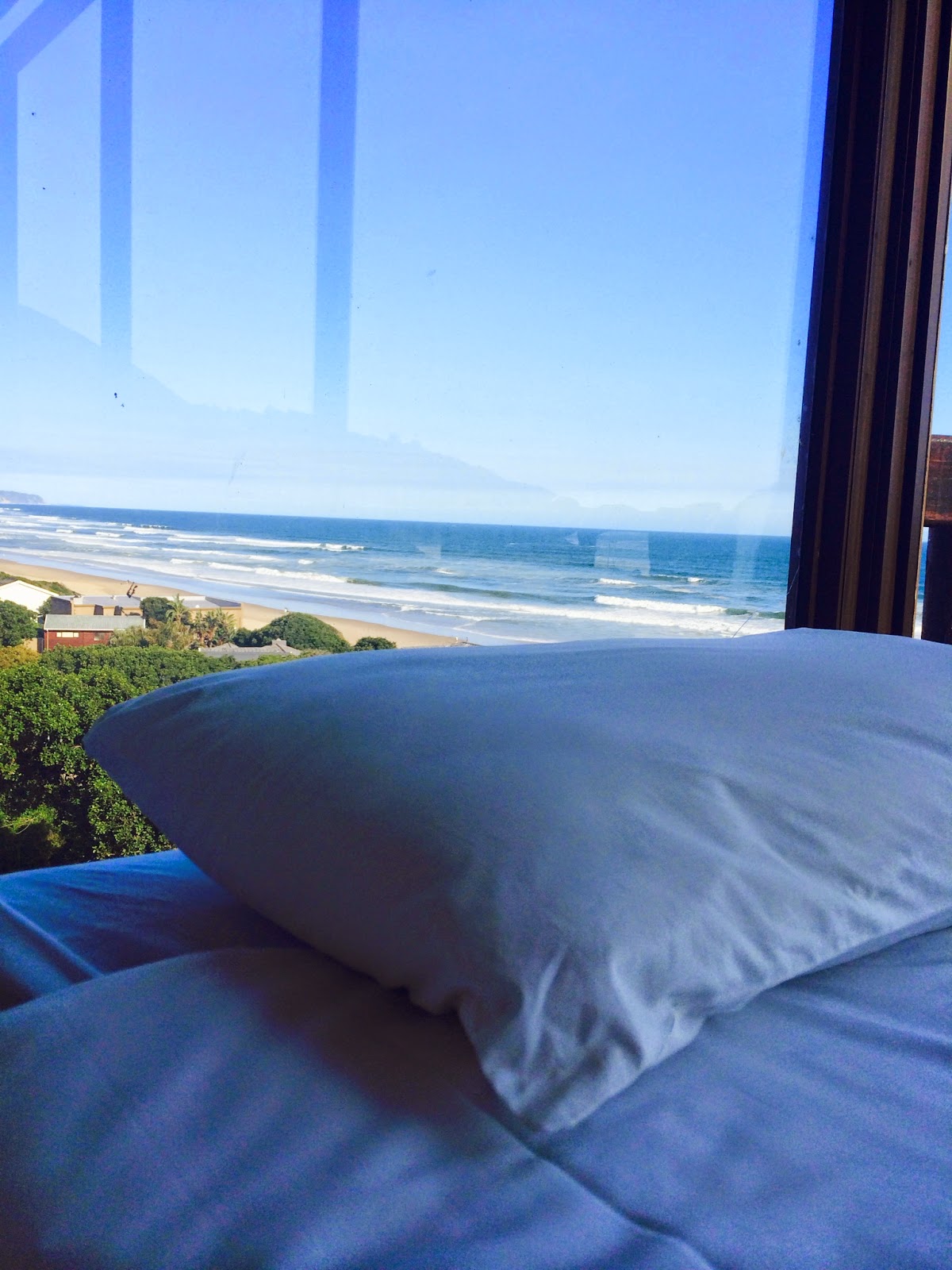 Have you ever had a moment you wish you could bottle up and keep forever? For me that moment was in Wilderness. There was something in particular about Wilderness that made me overwhelmed with happiness. The view from the dorm room at Wilderness Beach House also didn't hurt. There was a wall of windows that looked out over the ocean and it took my breath away. With the white bed linens and the blue ocean, it was perfect. If only I had the time to stay longer than a night. 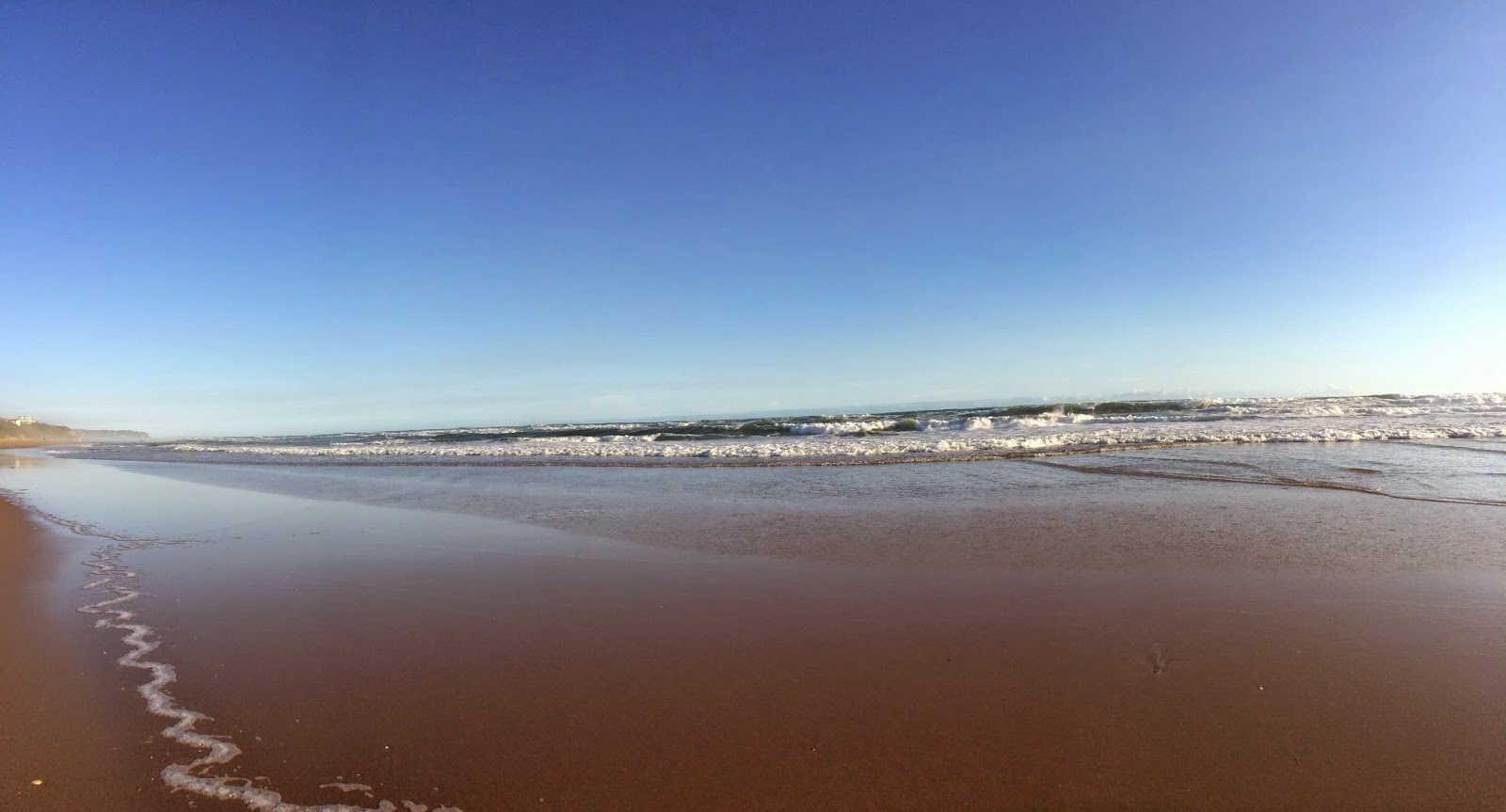 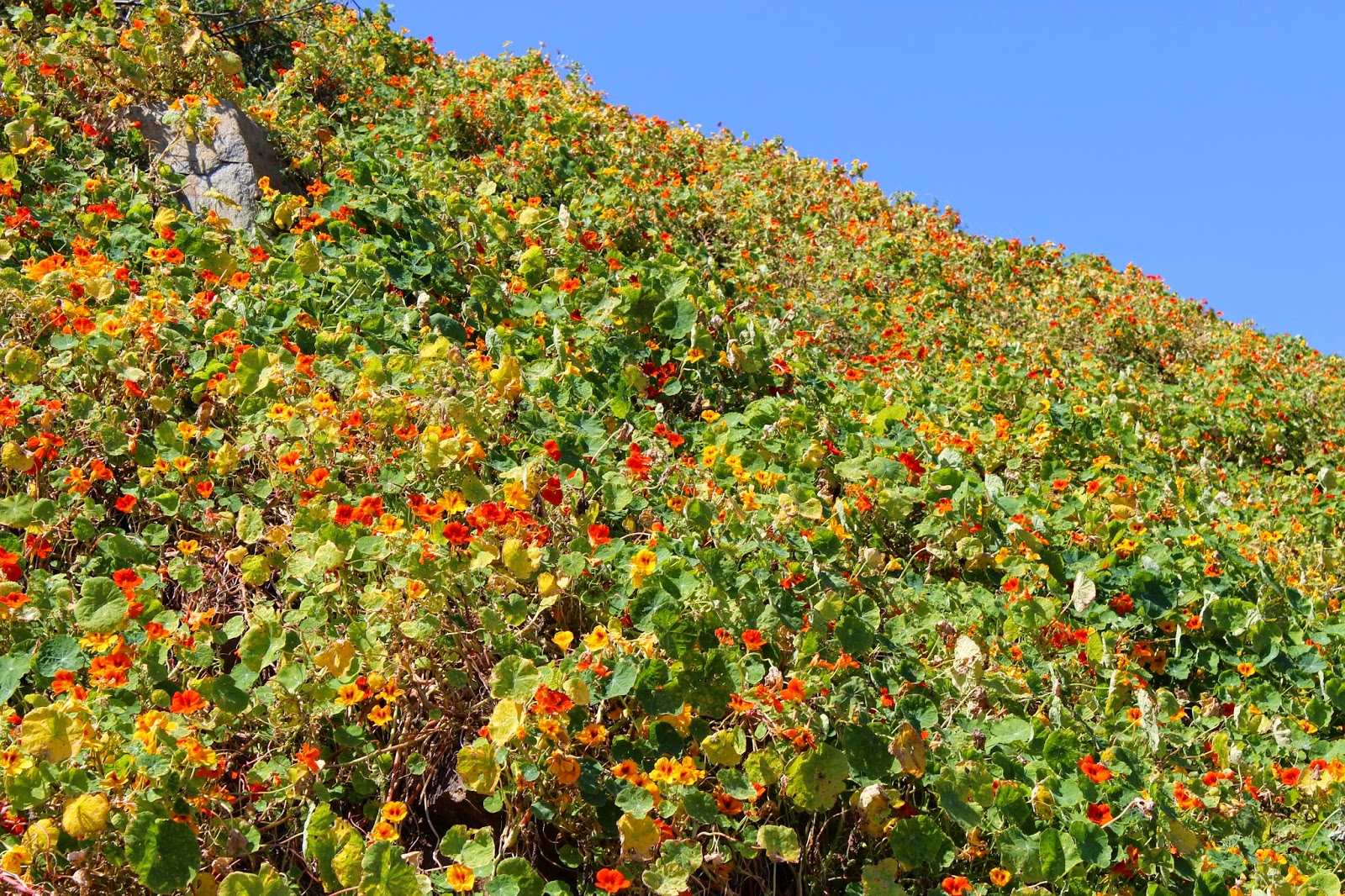 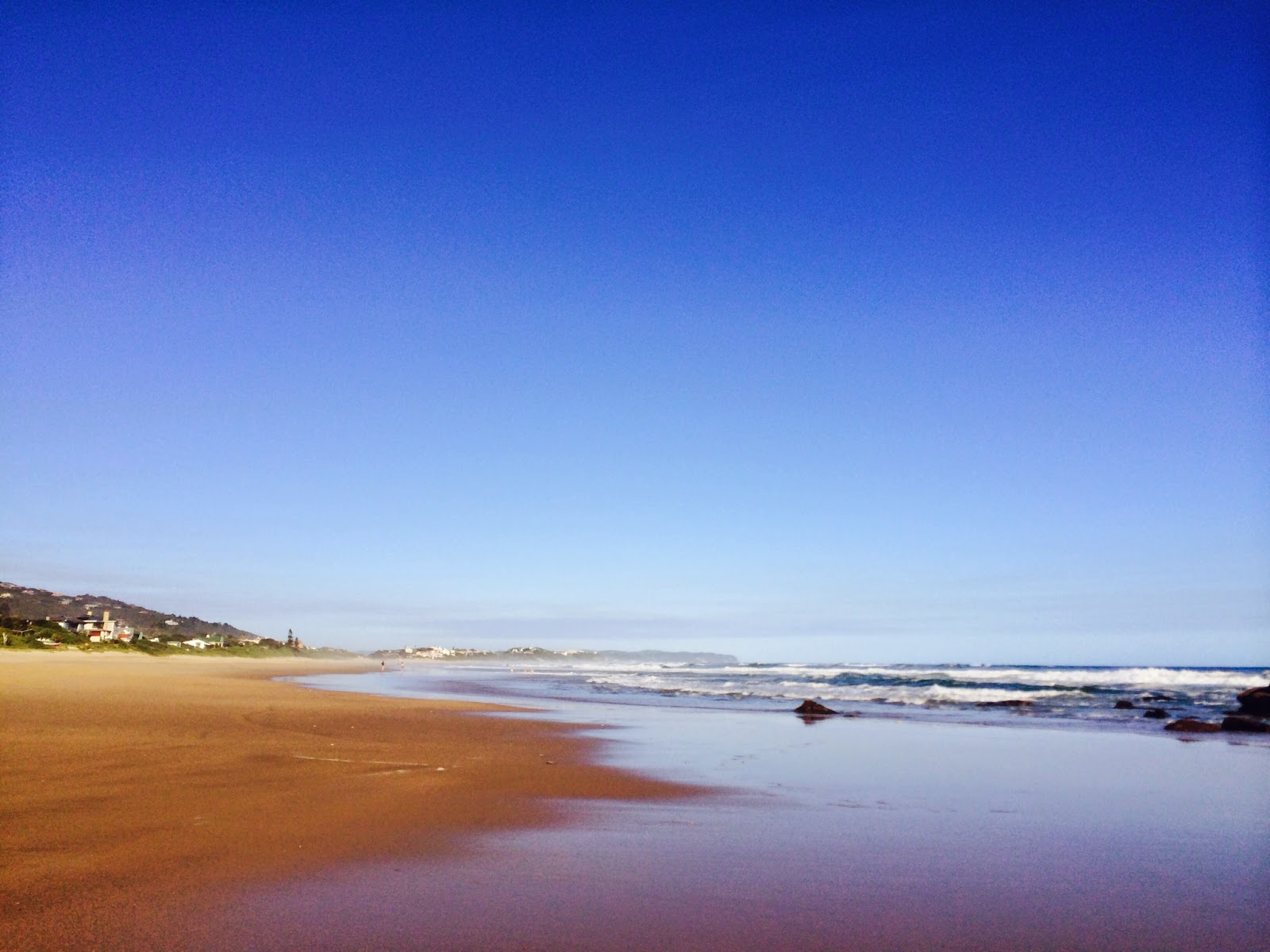 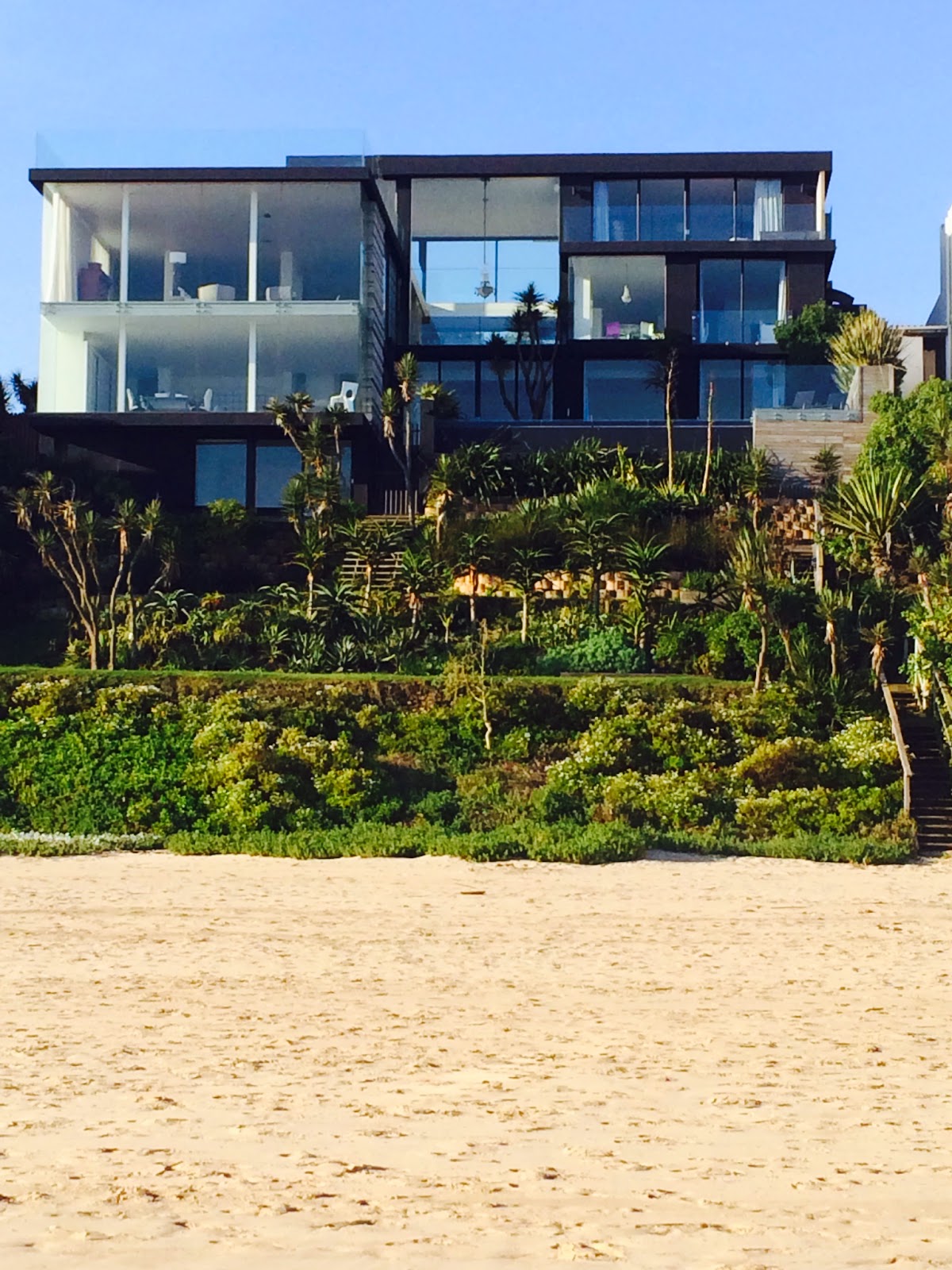 I met Maria, from New Jersey, on the Baz Bus and we happen to both be staying at Beach House so we spent the afternoon together. We walked the beach for a couple of hours looking at all the amazing houses along the coast and day dreaming a little. The ocean was always so inviting but once I dipped my toes in I thought differently. It may look a bit tropical but the water was far from it. 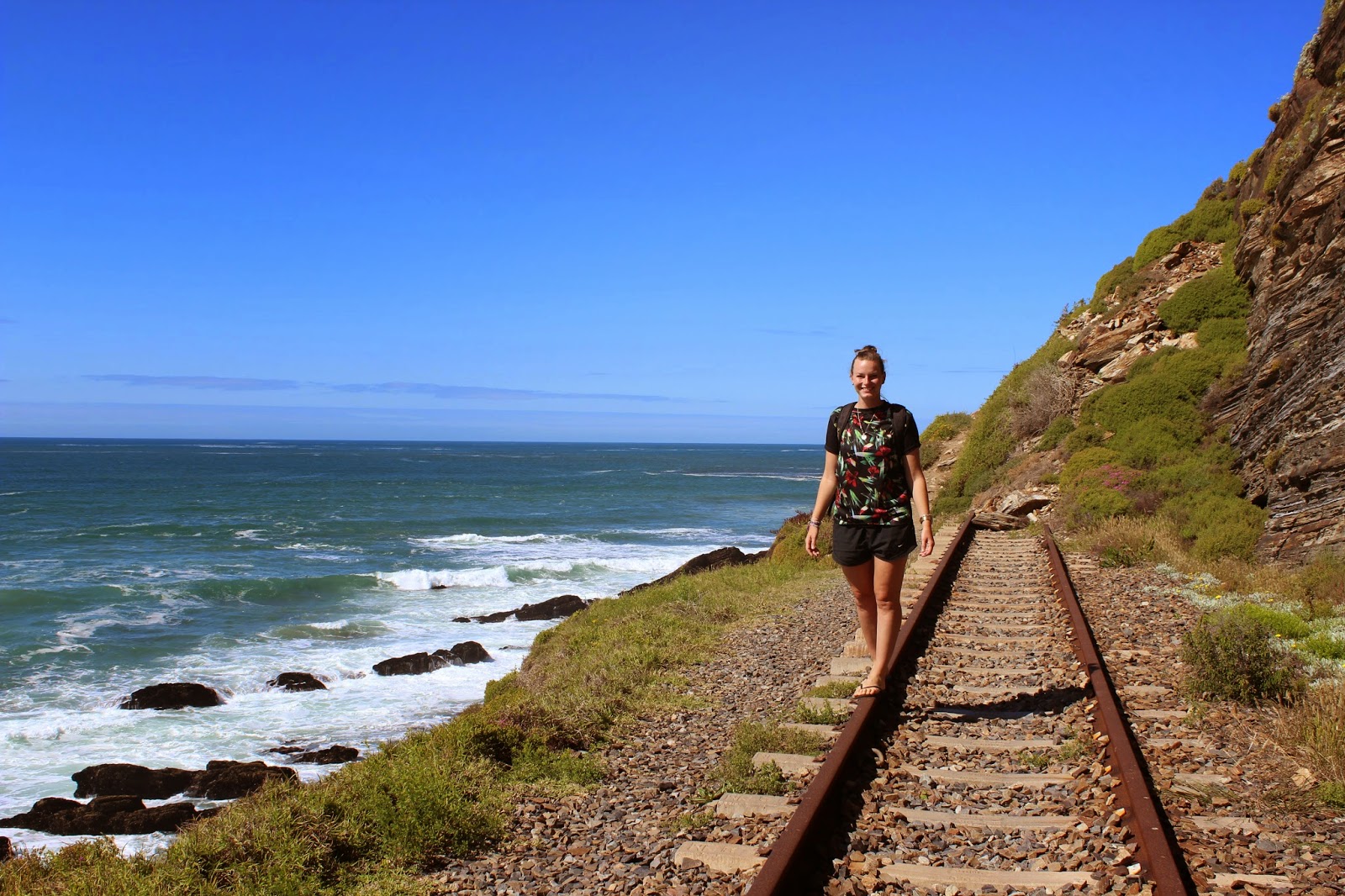 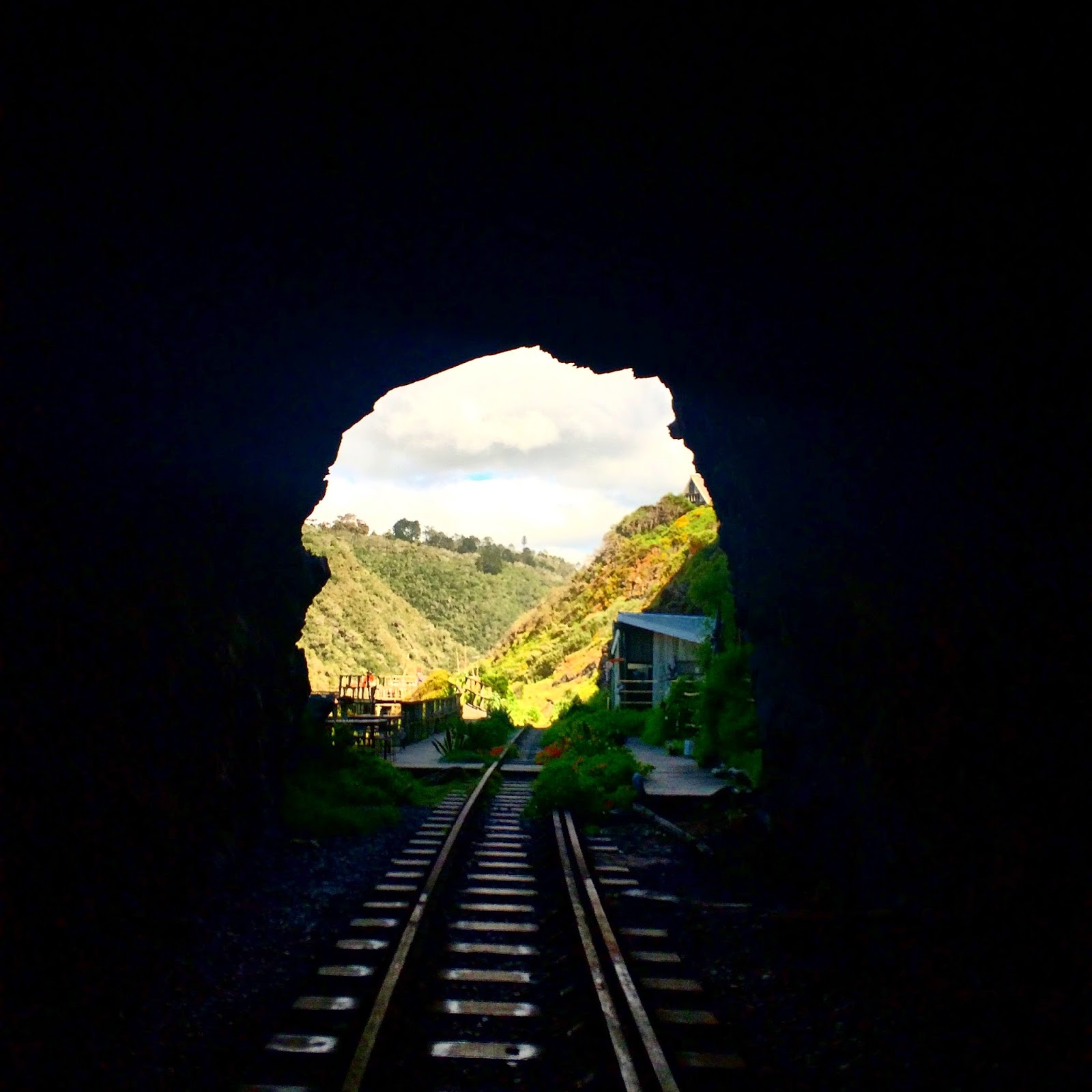 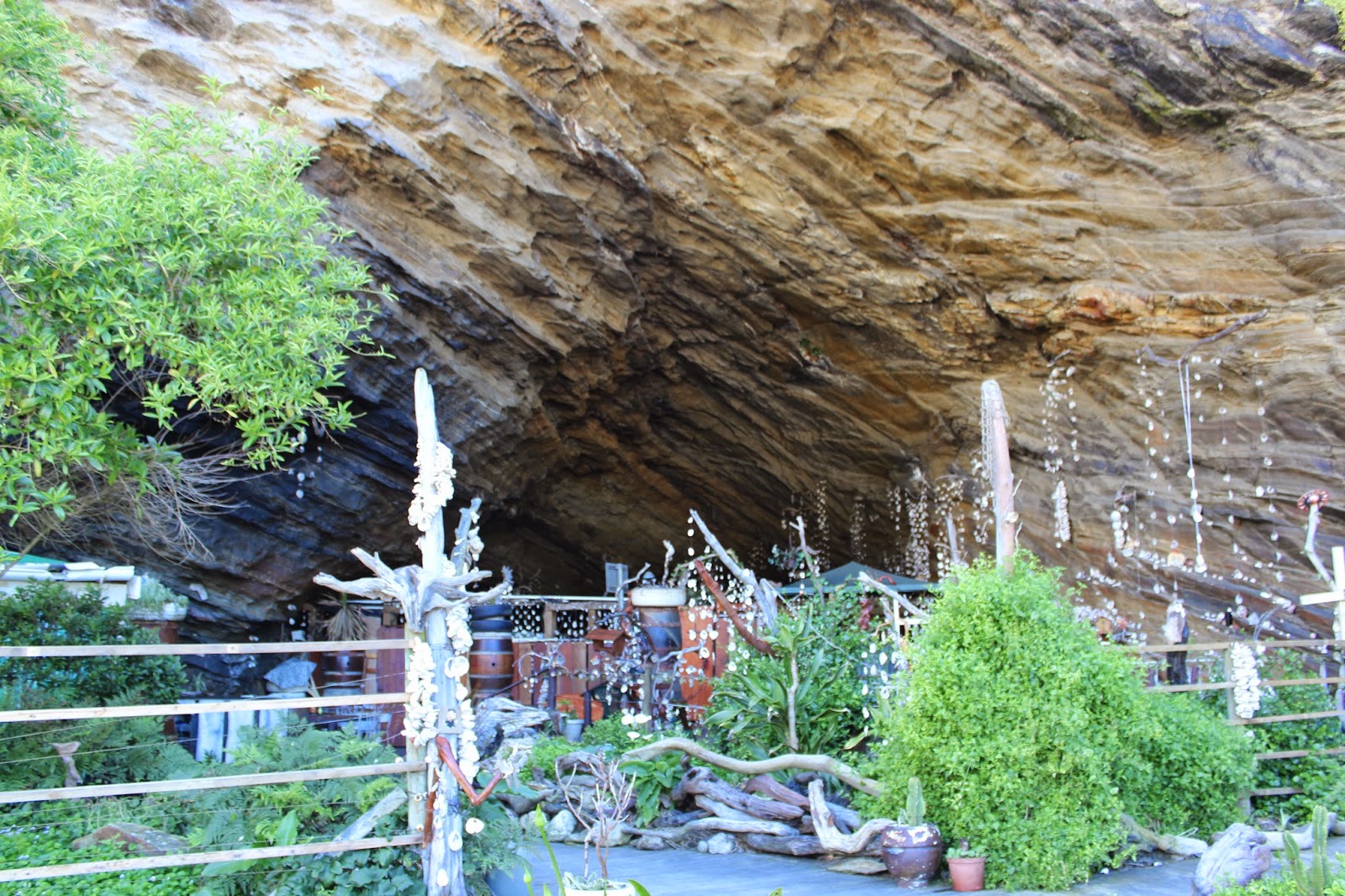 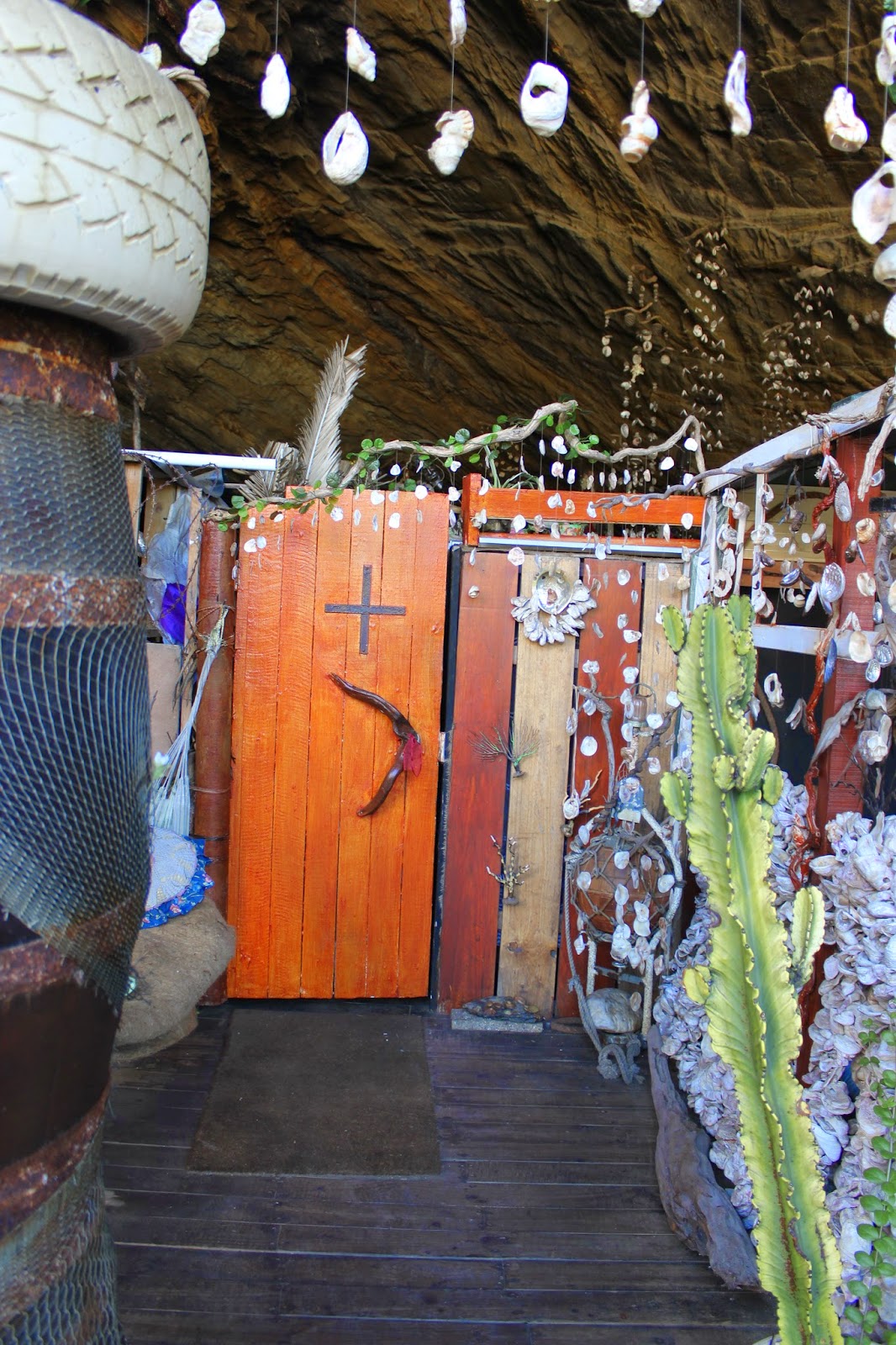 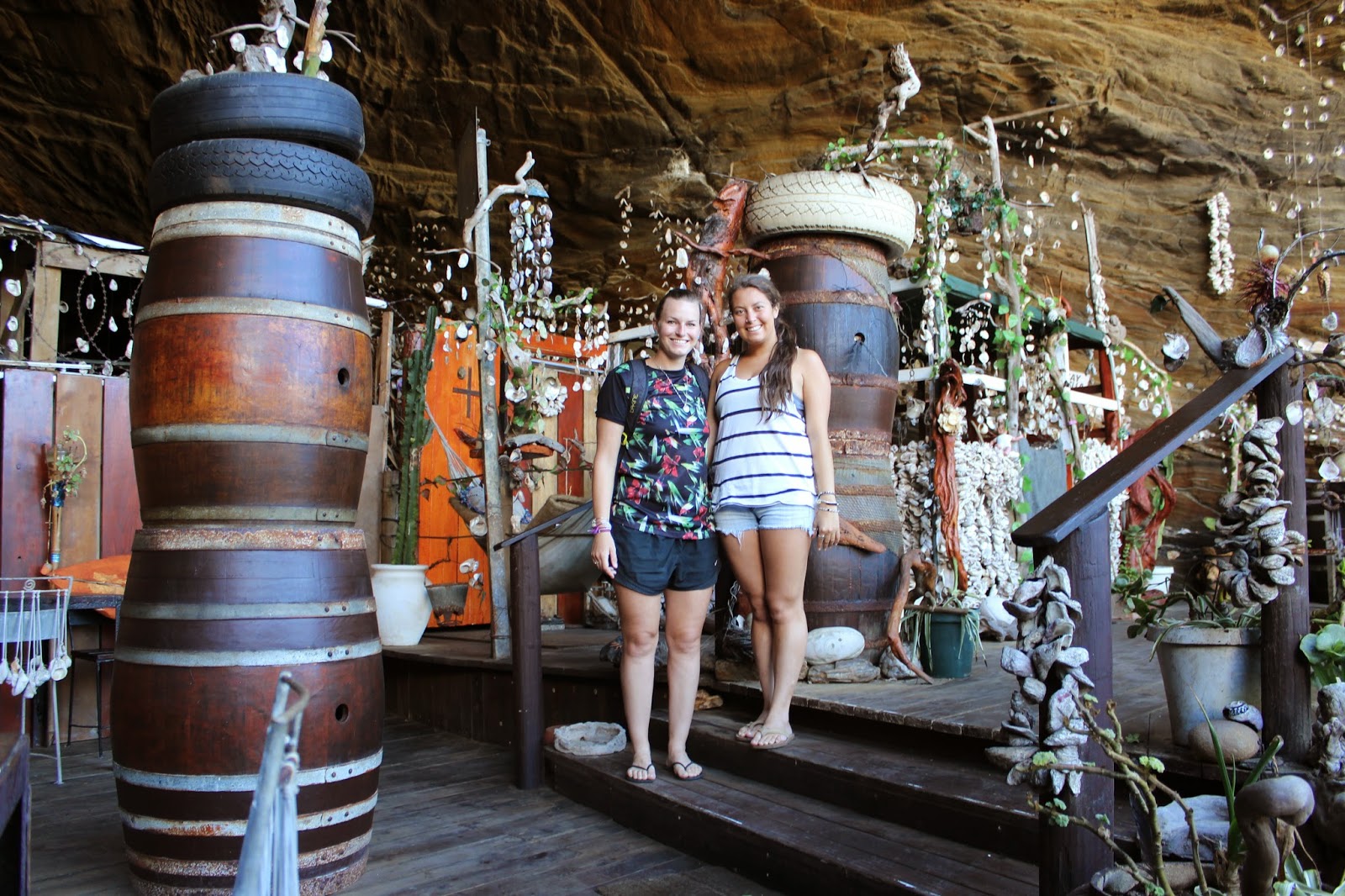 Maria and I had both heard about the man who lived in a cave so the next morning we walked the train tracks to find the cave. As we arrived there was a man sitting out on the porch who greeted us and told us his story as we toured the "house." He sold his belongings in Pretoria and started traveling until he stumbled upon the house in a cave who excepts all. He had been living there for about two months.

Before the cave became a house it was a restaurant but due to erosion it closed. About eight years ago Clifford found the abandoned cave and started collecting things from the beach and moved in. There were multiple bedrooms for anyone who wanted to stay. It was also a place to pray to Father (their word, not mine).

I had never been so freaked out or spooked in my life. After we had walked past most rooms we stopped in the kitchen that happen to be very dark. I asked "where is Clifford?" The man said "Around." We had just walked through majority of the house and I didn't see anyone. I started to wonder if Clifford was even a real person. We continued to the next room were Clifford prays to Father. The rooms in the house were very small and covered with things that had been collected, including doll heads. I started to feel claustrophobic. As we were standing there talking about religion I could feel someone standing behind me. I looked. No one. It happened two more times. I saw no one. Then I heard a splash of water and I jumped and screamed. I asked what that was and he said "Clifford." I found it odd that Clifford never said Hello and always seemed to be in one room behind us. At this point I was terrified and wanted out.

As we were leaving the man looked at me and my camera and said "be careful, this is Africa." I know this is Africa but I am in a cave in the middle of nowhere with three (maybe four) people, who is going to steal my camera right now? Then he asked if we wanted a photo. The timing was not idea but I did want a photo. I figured if he was going to steal my camera there wasn't really anywhere for him to run and my adrenalin would kick in, for tackling purposes.