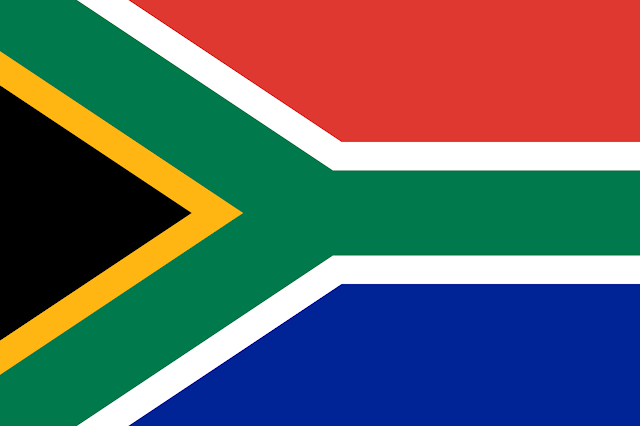 Touchdown, South Africa! After I stopped at an ATM and made a phone call at an information desk I was picked up at the airport by Bob, the owner of Bob's Bunkhouse. Bob's Bunkhouse was fantastic and I felt at home in minuets. I loved the small atmosphere. The pool was clean, the wi-fi was free, they provided towels and Joan greeted me with toast and yogurt in the morning for breakfast.

I spent the car ride with Bob from the airport in culture shock, I couldn't believe how modern South Africa was. I didn't have culture shock when I landed in Tanzania but South Africa... different story. When Bob showed me the showers I asked if there was hot water, he replied laughing "where have you been, the bush?" "Exactly." Who knew asking if the showers had hot water was a dumb question. Lesson learned. When I told Ian and Jordan (Zimbabwe safari guides) that I was going to South Africa they both replied "that isn't real Africa." I didn't understand exactly what they meant at first - Africa is Africa but then I landed in Johannesburg and it all made sense. I am so glad I traveled East Africa to see "real Africa" but with that being said bring on hot showers and modern conveniences!

I booked my Baz Bus ticket (South Africa's hop-on hop-off backpacker bus) at Bob's Bunkhouse and was handed the bus schedule (so many b's). UM... there is no bus to the Drakensbergs tomorrow? That put a real wrench in my plans. Turns out Baz Bus has a very particular schedule. They advertise hop on anytime, hop off anywhere but I don't think so #falseadvertising. Due to the bus schedule three weeks is definitely not enough time to see and do all that I planned on in South Africa but that's how the cookie crumbles.


Luckily the morning after I arrived I met three Dutch girls who were renting a car that day and driving to the Northern Drakensbergs. I quickly packed my backpack, went grocery shopping and headed off to Avis with them. This early departure to the Drakensbergs allowed me an extra day in the mountains. Wahoo - I needed some exercise after sitting for the last twenty four days on the Intrepid overland truck.