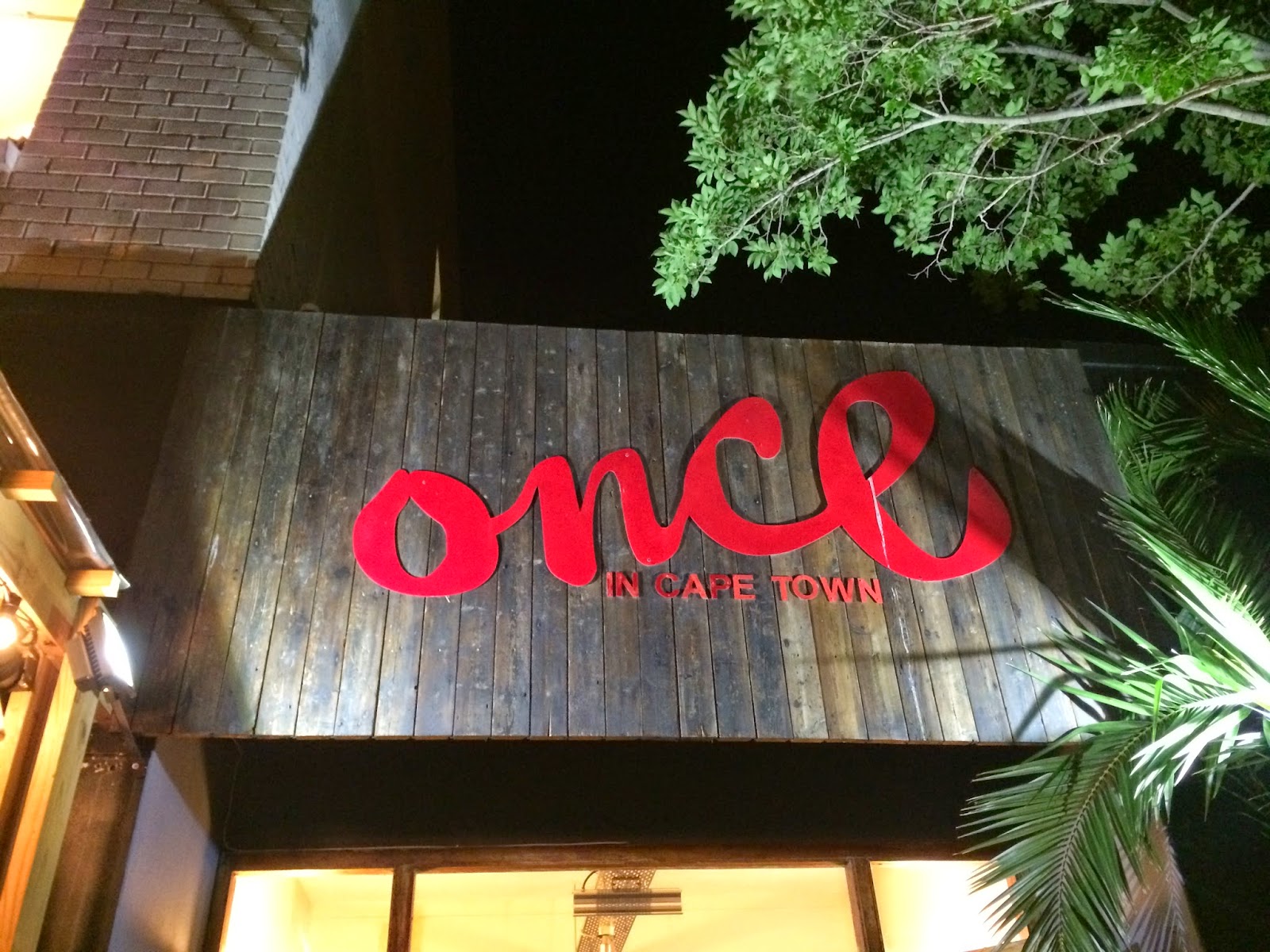 I went back and forth between what hostel to stay at in Cape Town. There were so many options and I was staying for six nights so I wanted an excellent hostel. I decided to put the over thinking to rest and booked a dorm bed at Once in Cape Town. I am so glad I did, what a great hostel. The staff was friendly, there were power outlet lockers and backpack lockers, a bathroom in the room, clean white sheets with two pillows and a fluffy duvet. The breakfast was also worth waking up for and I found the location ideal - at the top of Long Street and an easy forty minute walk to the V&A Waterfront. 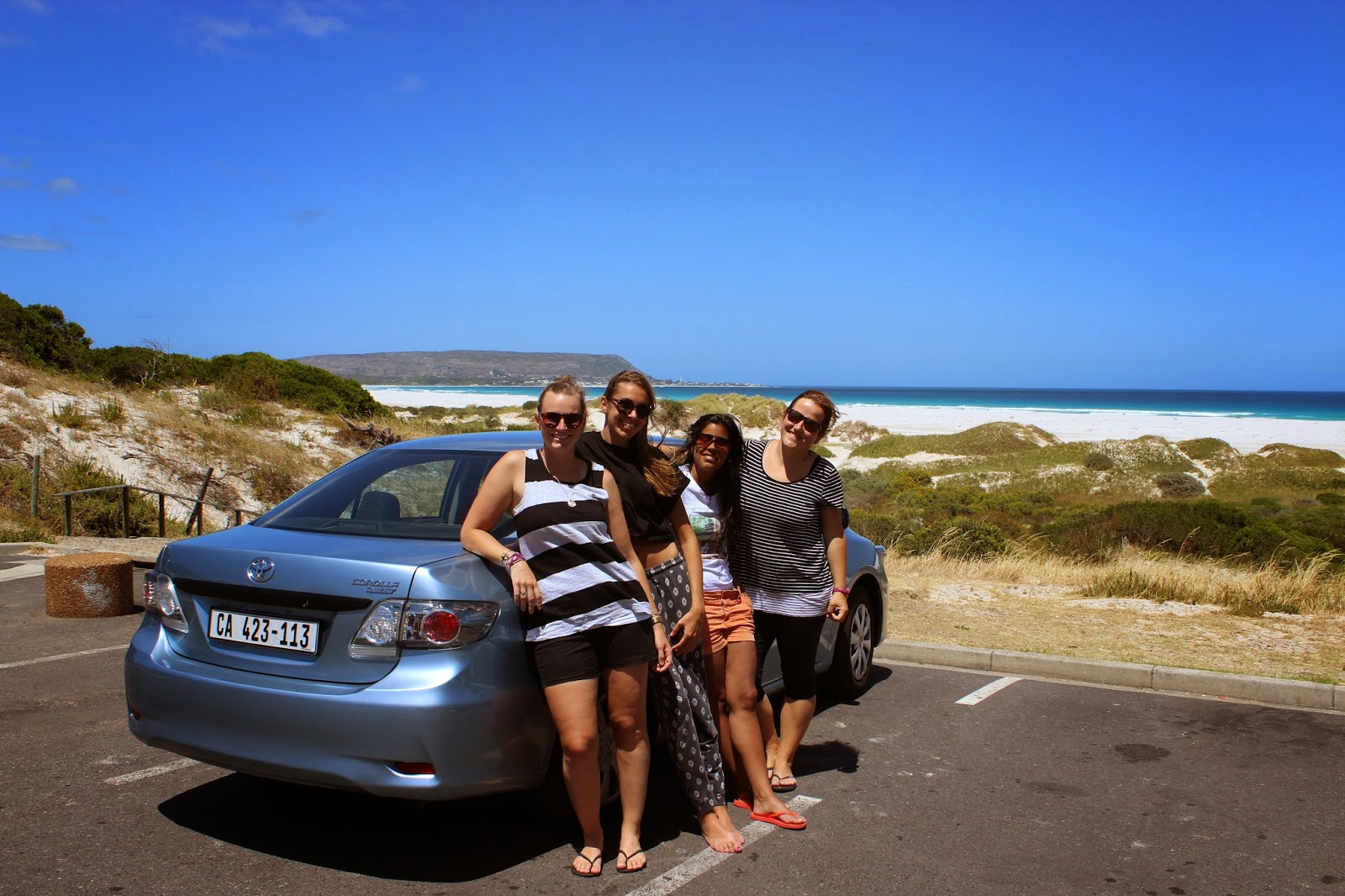 In Cape Town I was meeting three friends who I met earlier on the Baz Bus. They stayed at The Backpack and after a few discussions we decided Once in Cape Town was the hostel winner, FYI. The morning after I arrivied Krista (Netherlands), Carolina (Colombia), Irune (Spain) and I piled into our Toyota Corolla. We rented a car for two days to explore Cape Town and the surrounding areas. Best idea ever. 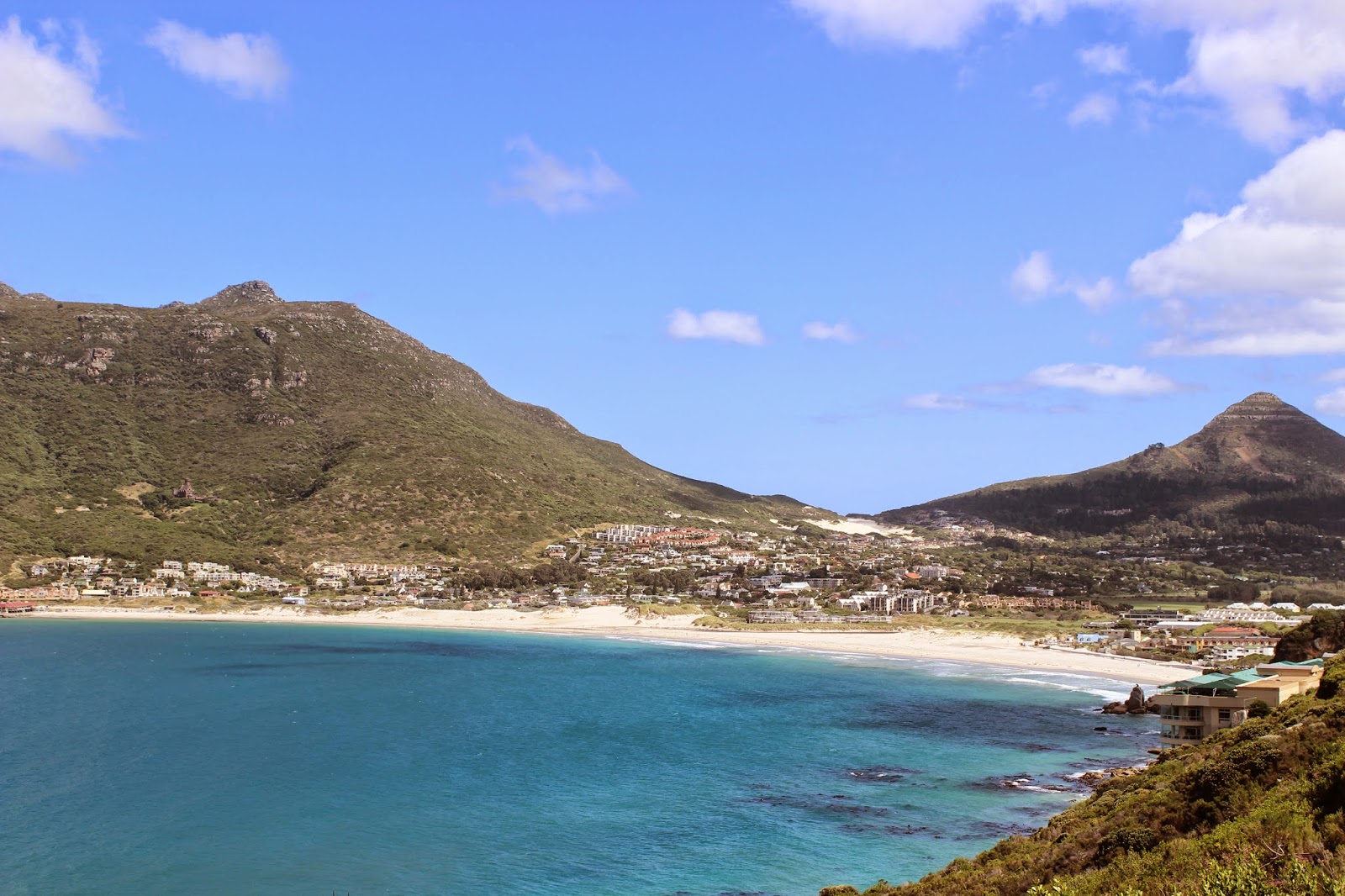 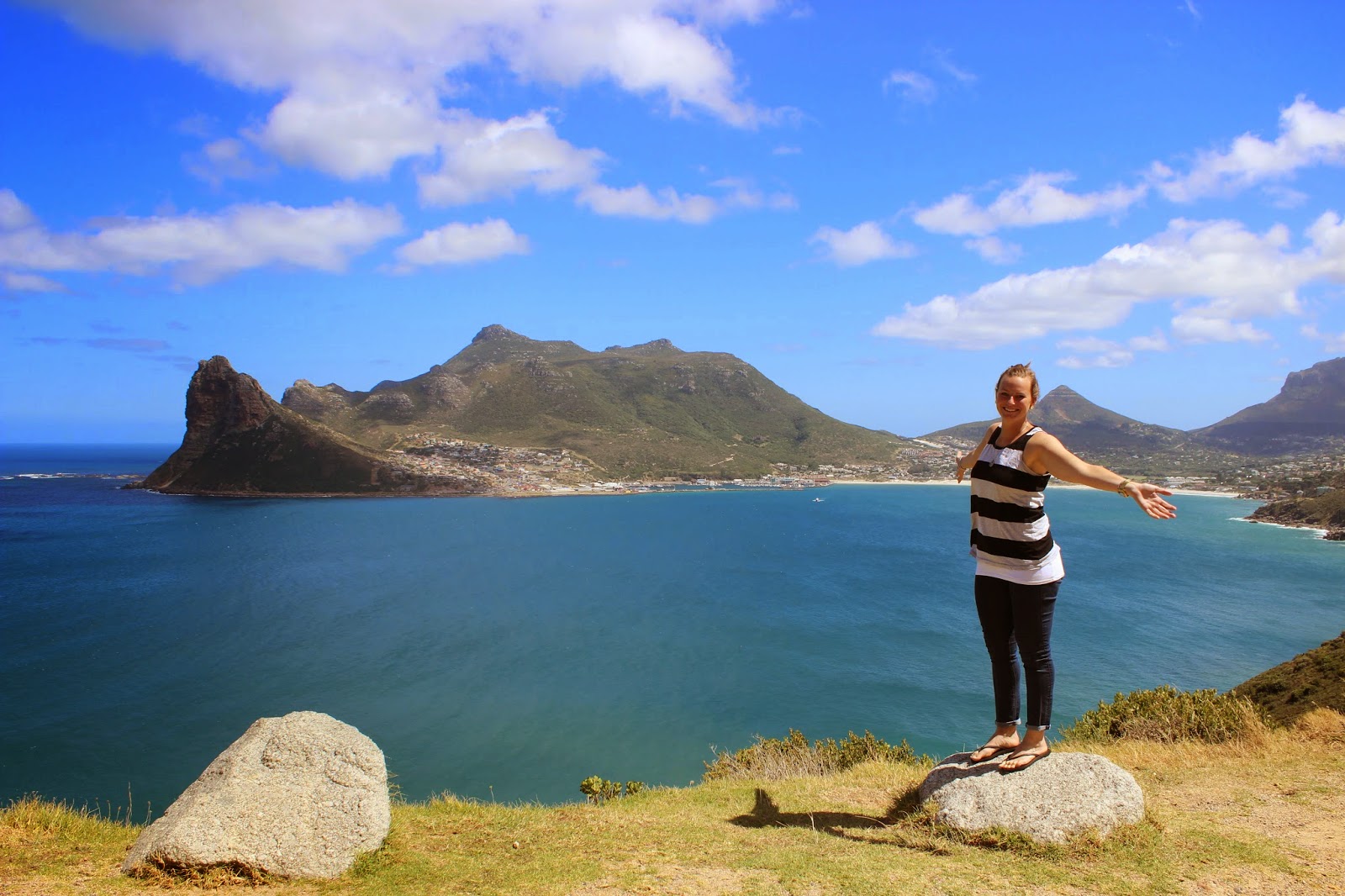 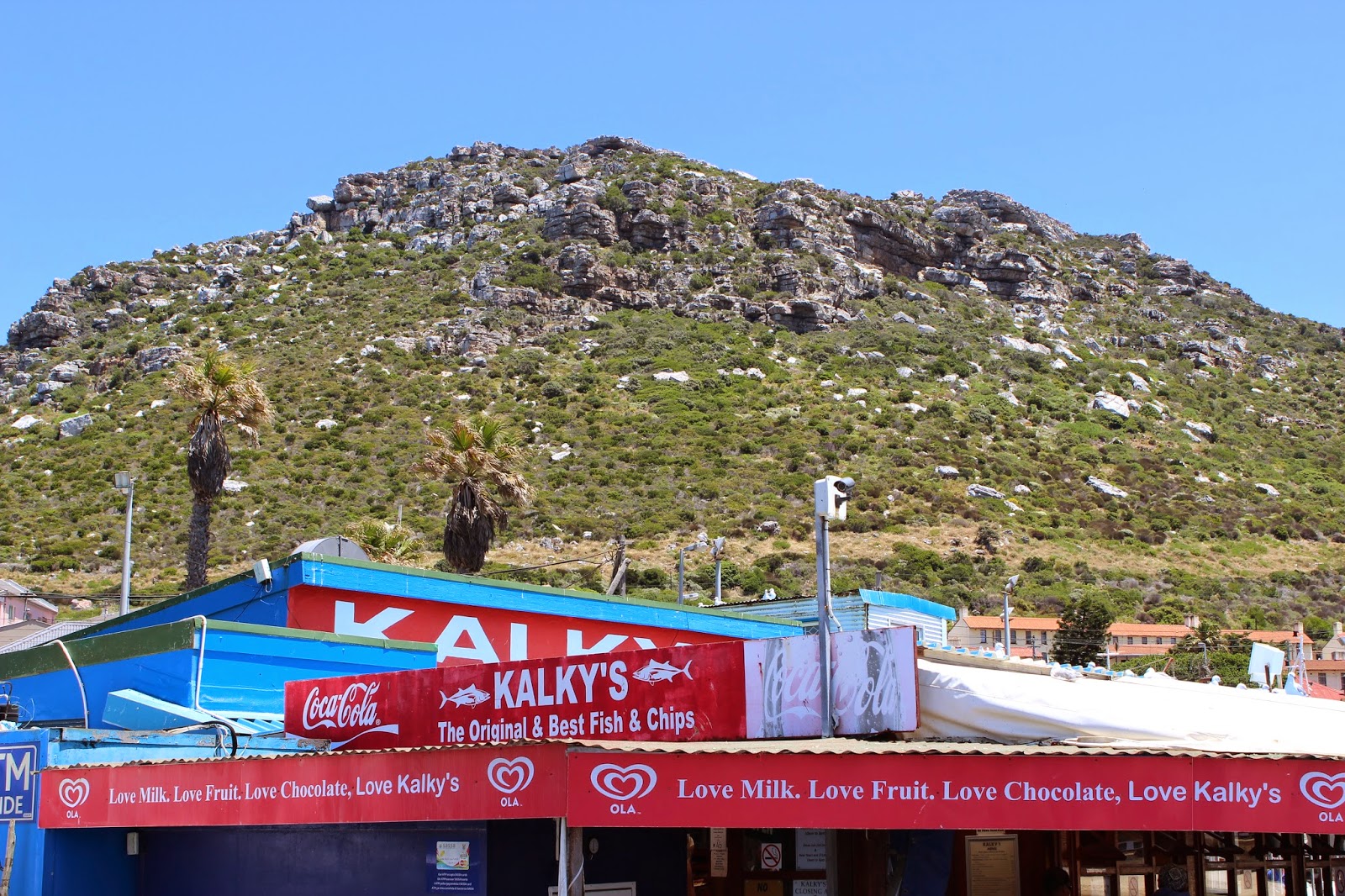 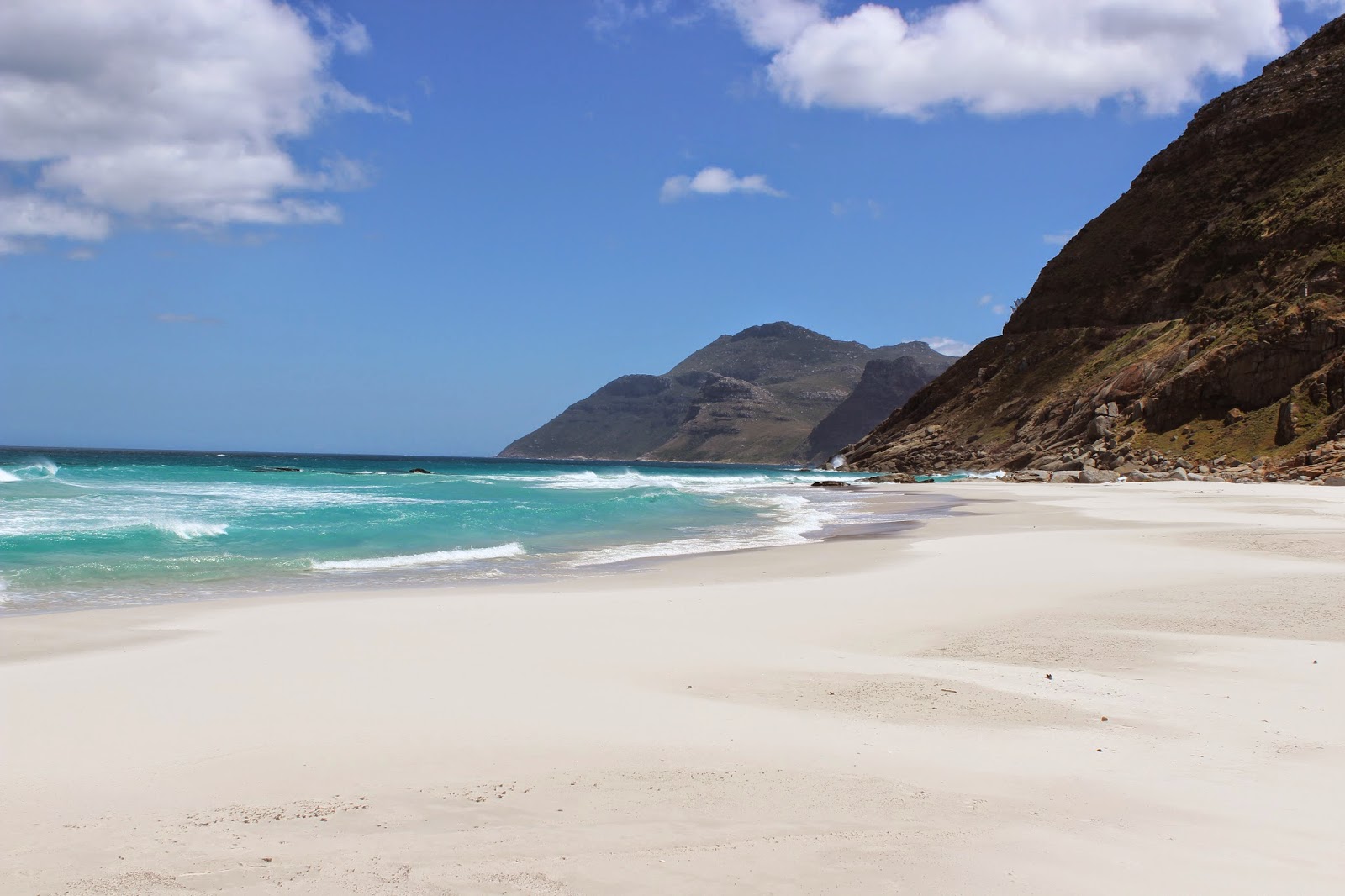 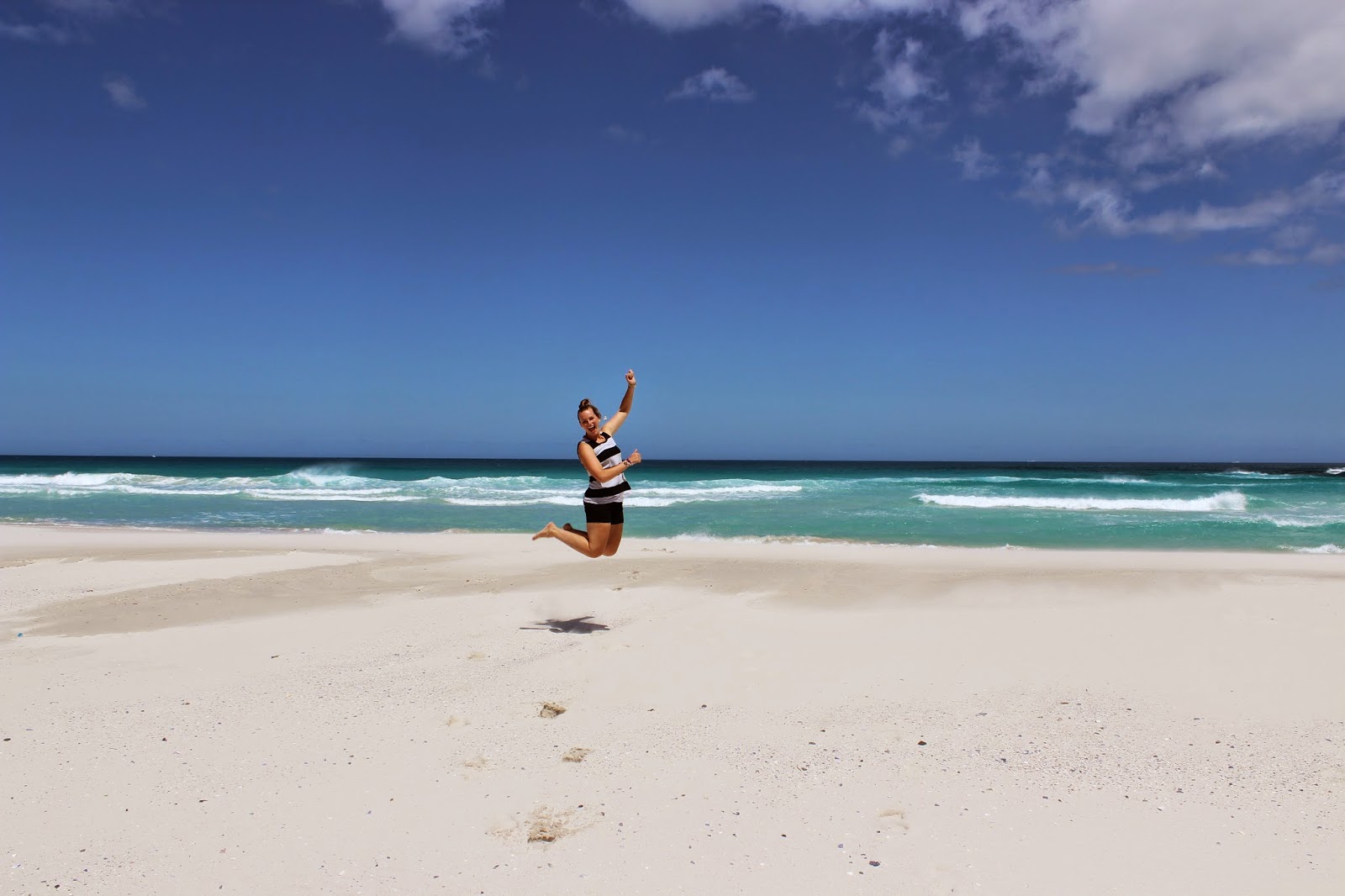 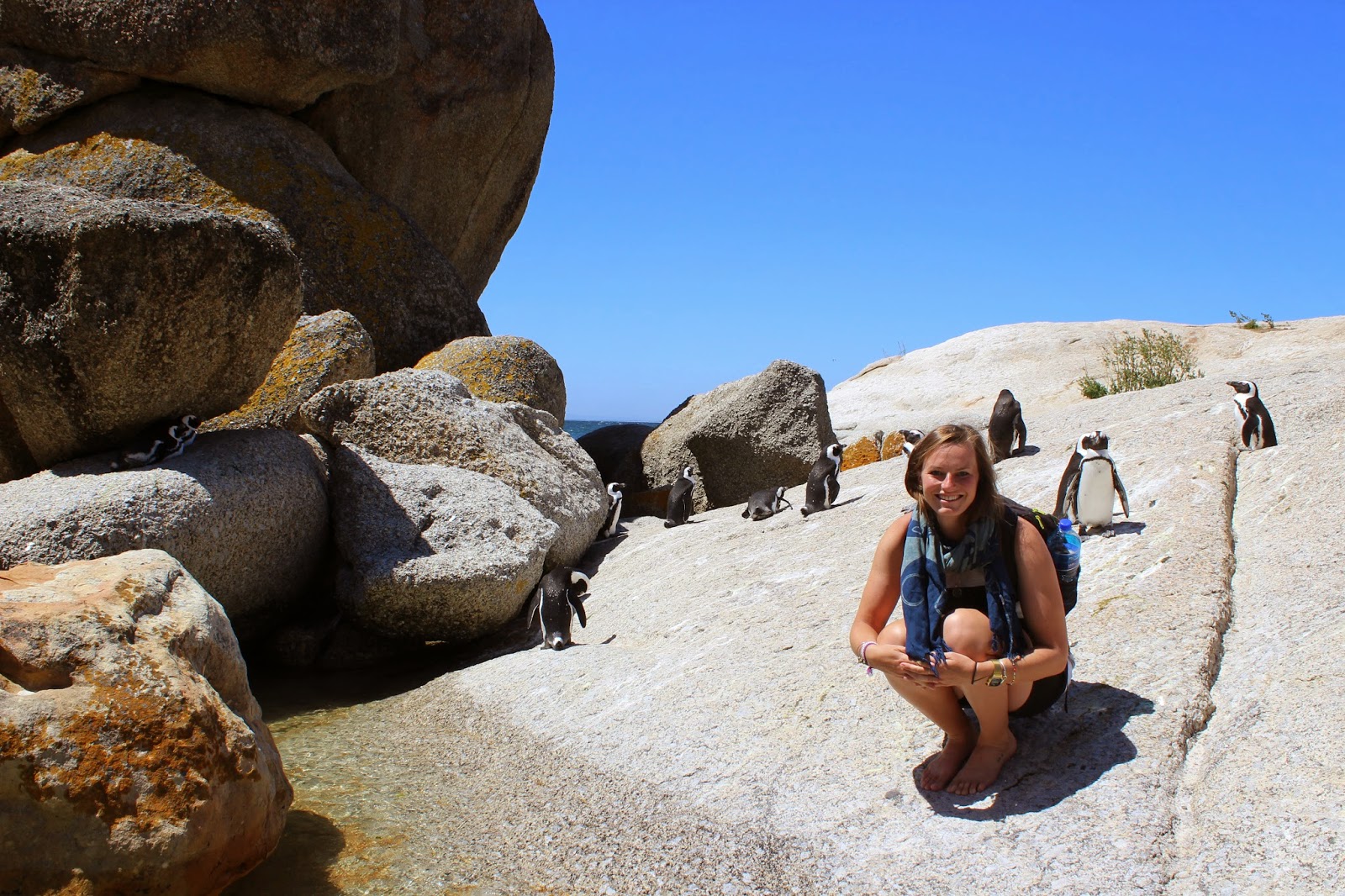 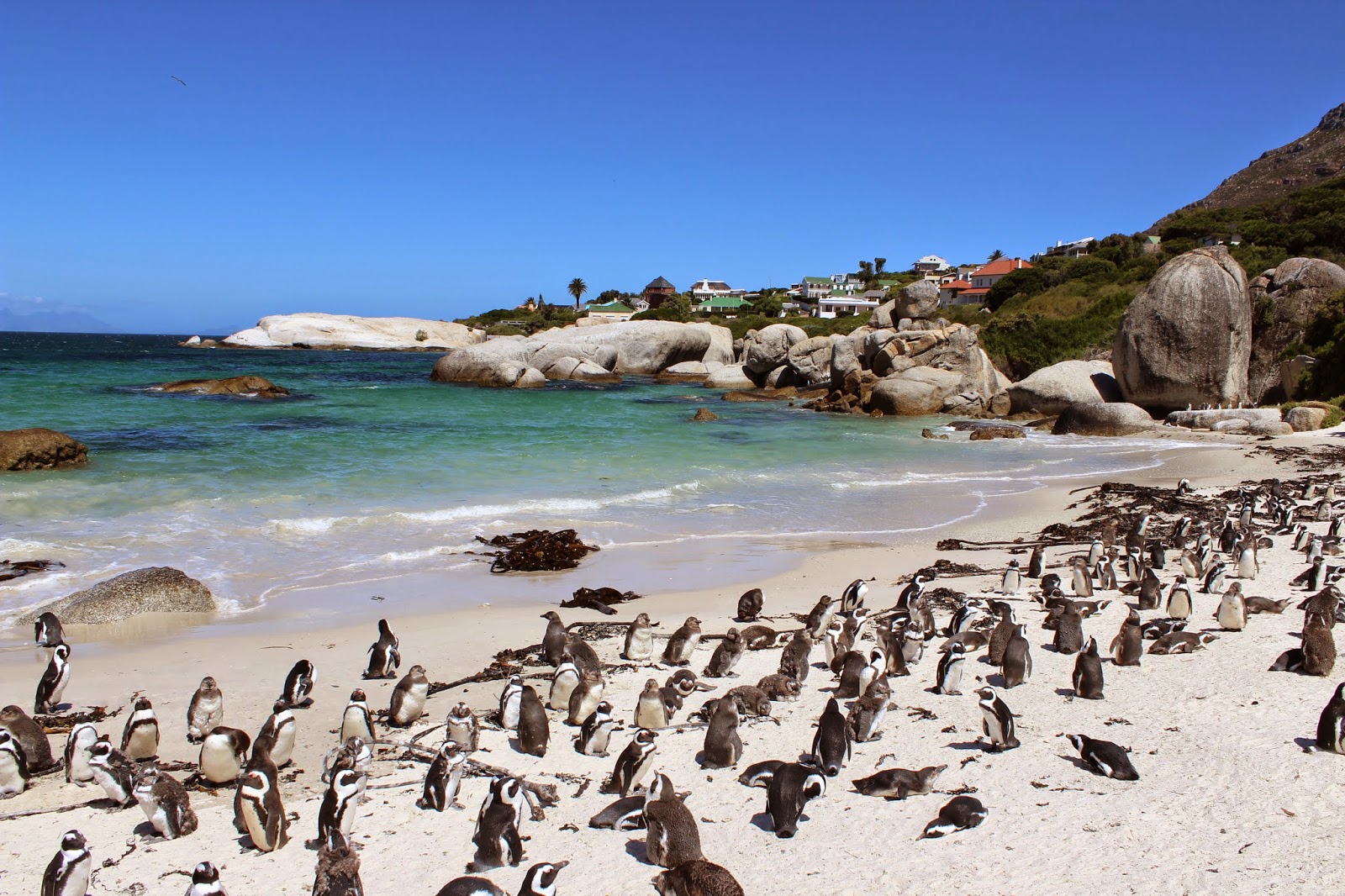 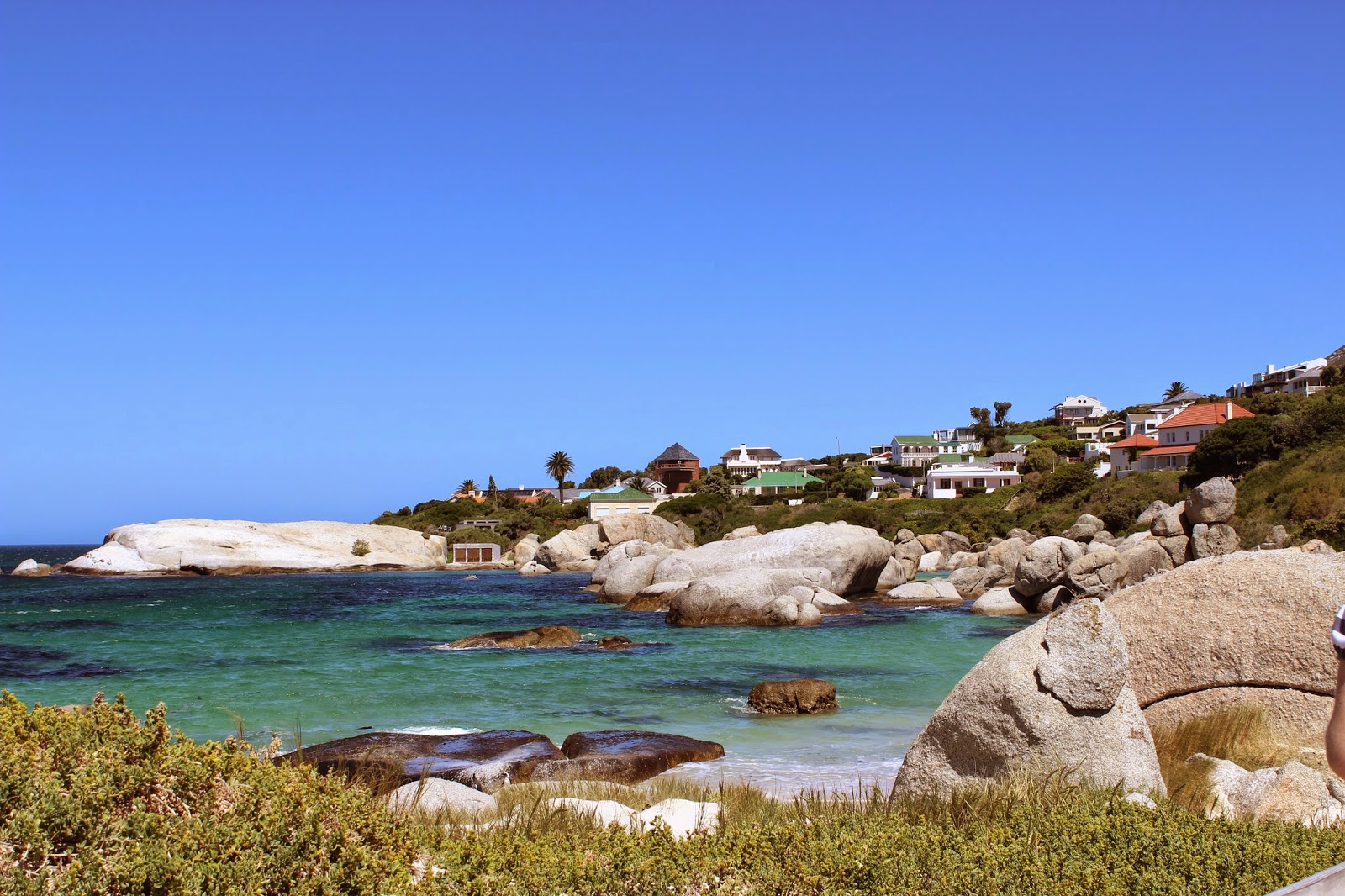 We took Chapman's Peak Drive along the coast to Cape Point but made many stops along the way, the luxery of having a car. We stopped at scenic view points, white sand beaches, Kalky's for lunch and Boulders to see the famous African penguins. We were surprised that Boulders was part of Table Mountain National Park and had a 60R fee ($5) but we paid up because... YOLO. The penguins were awesome but they sure did smell bad. 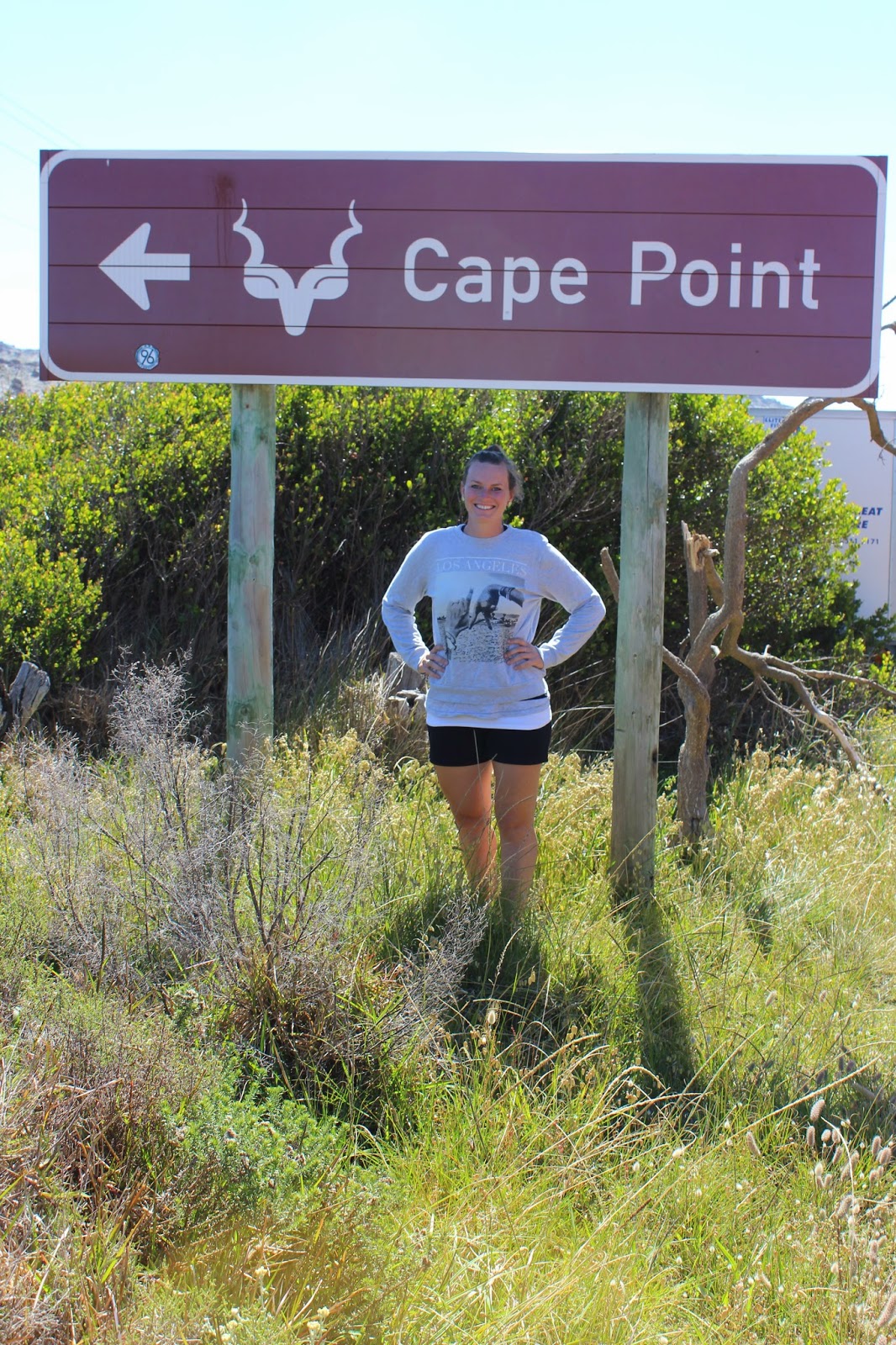 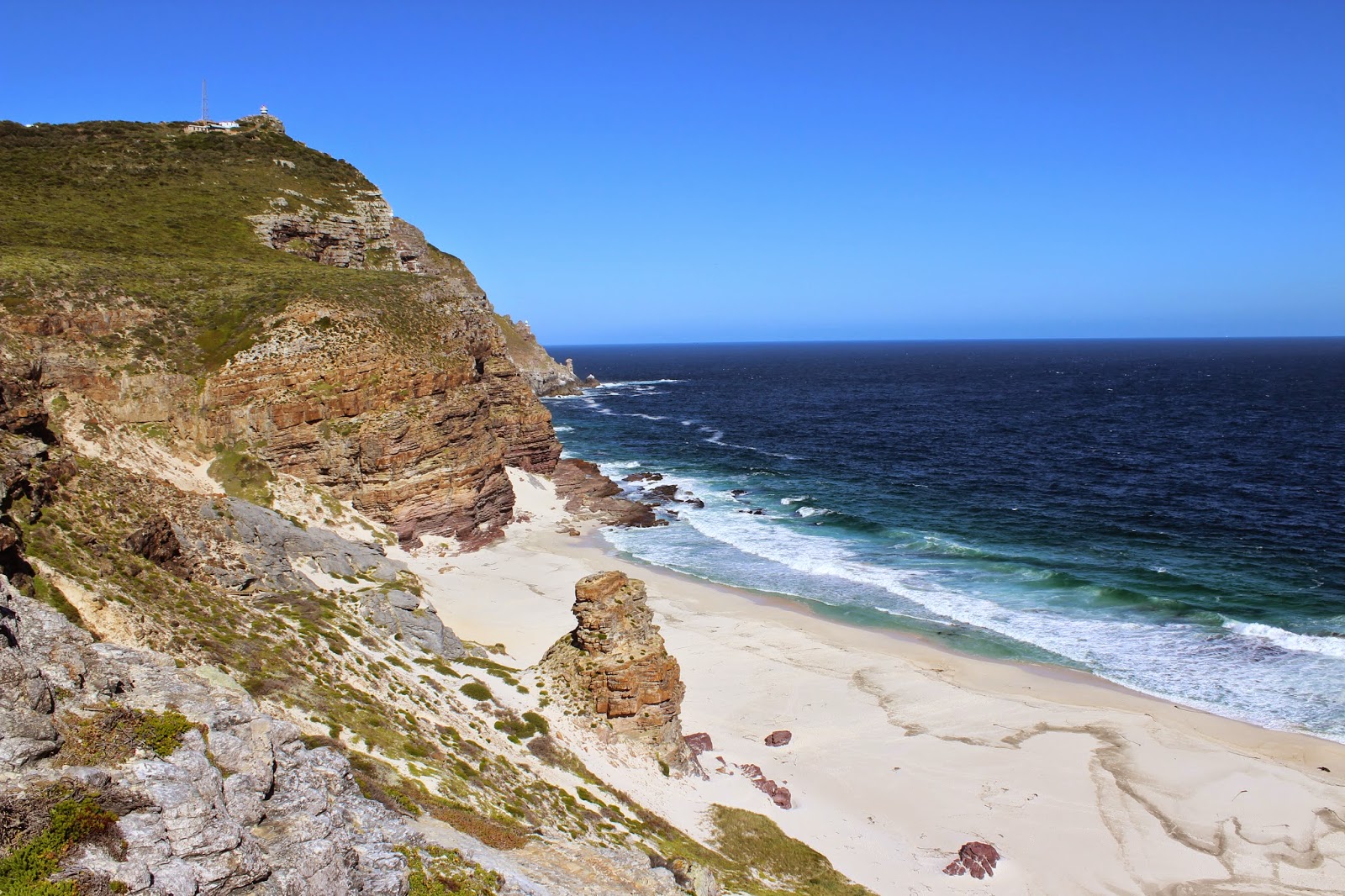 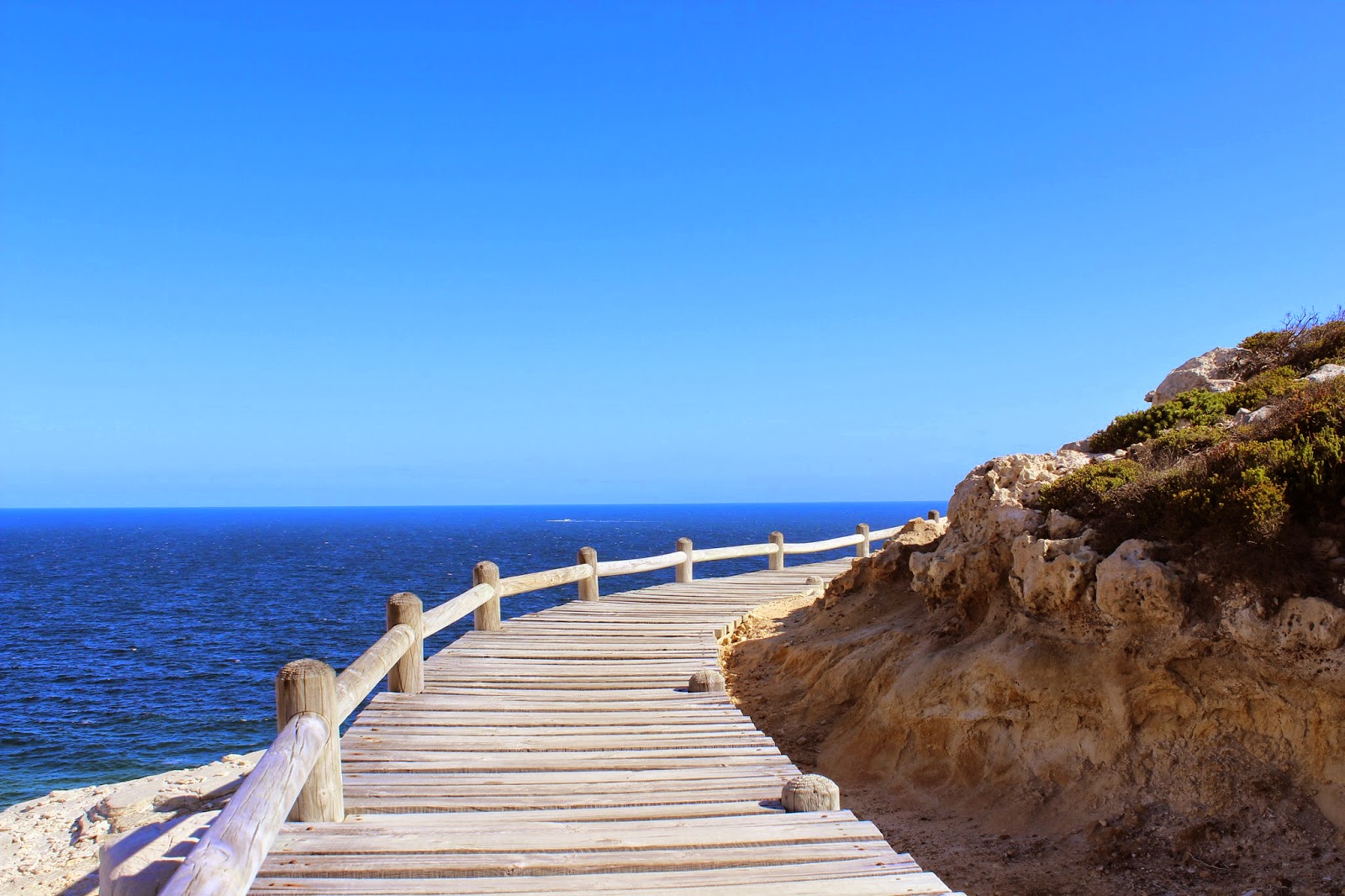 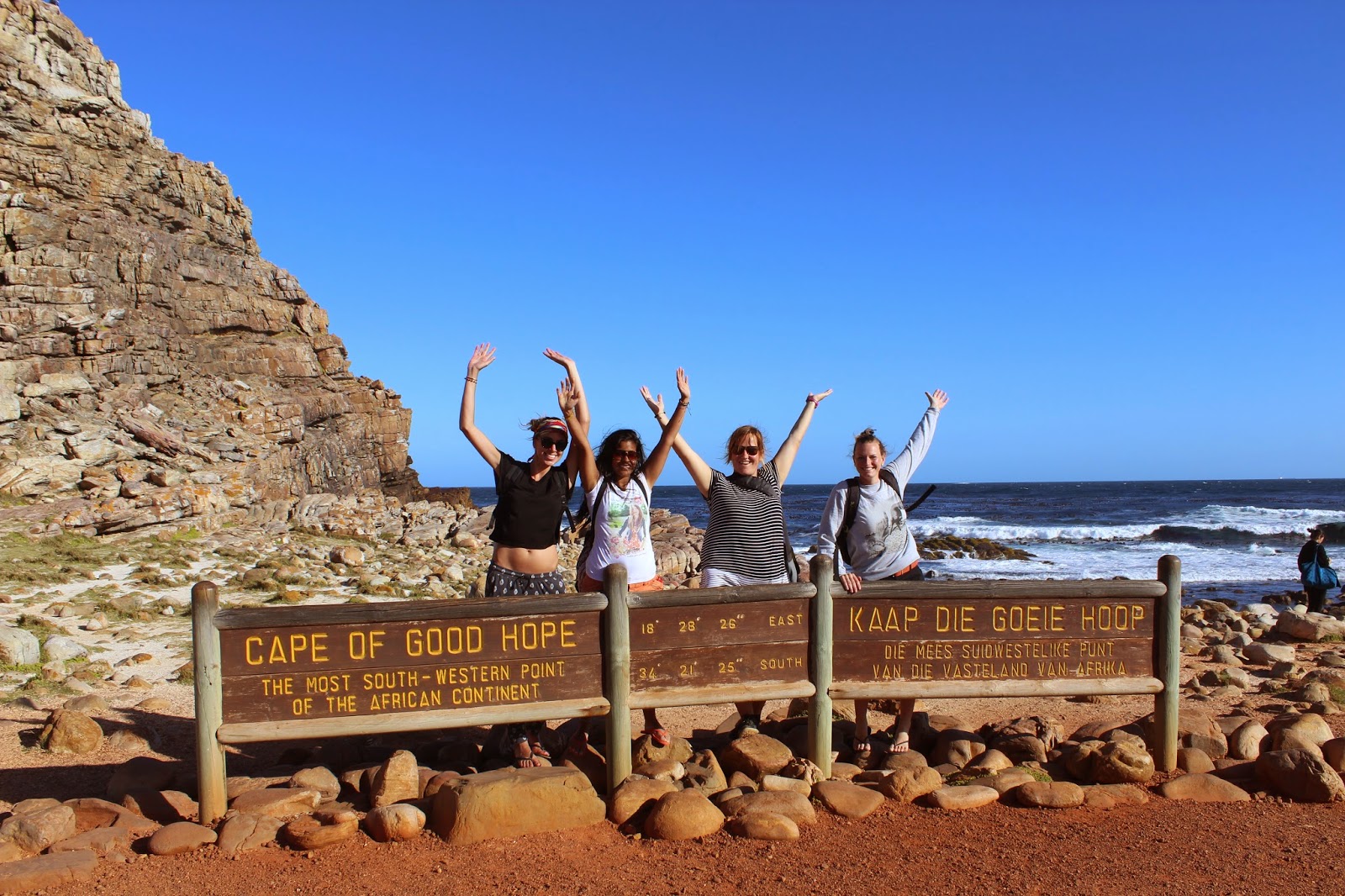 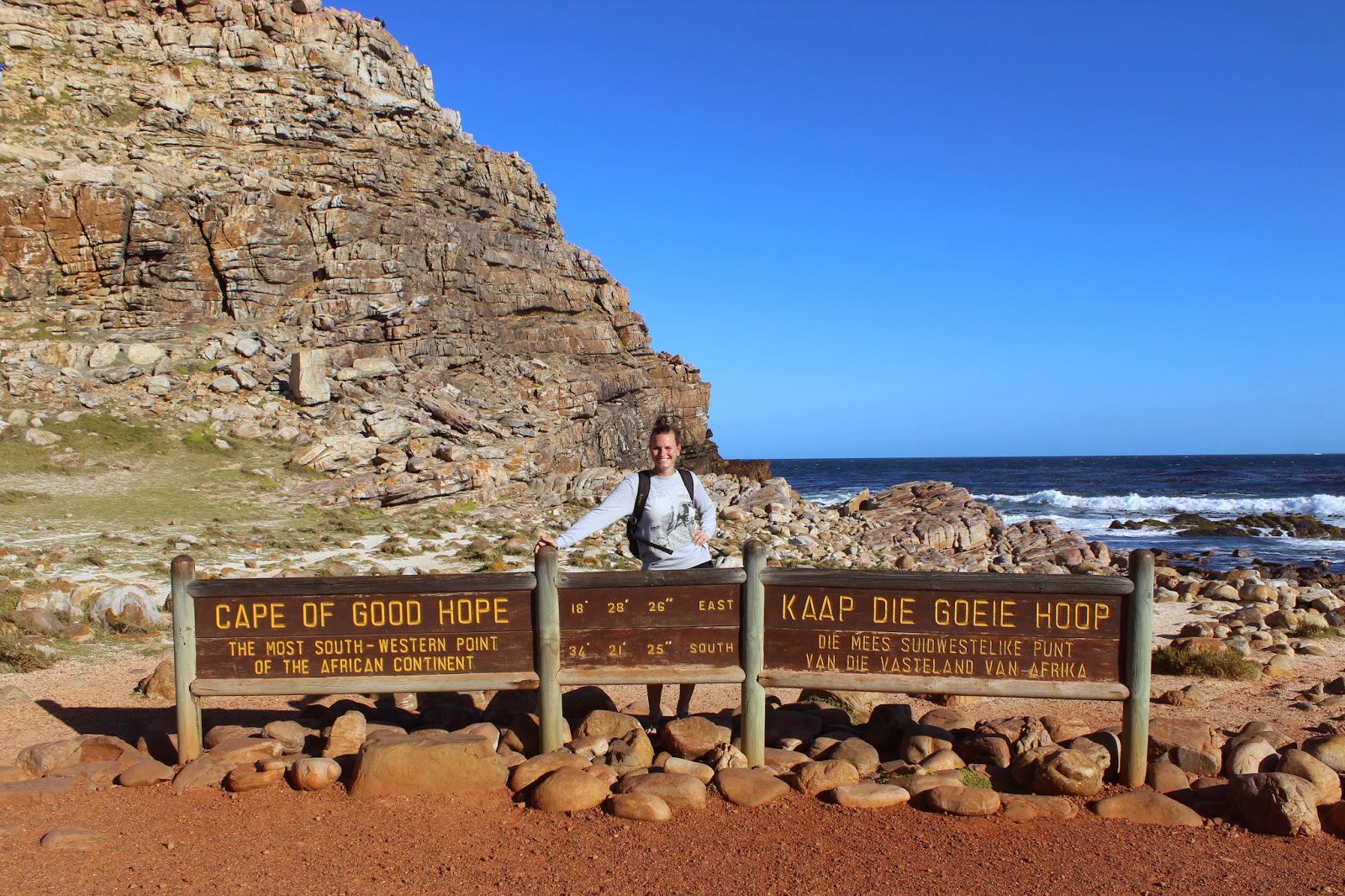 After we spent the day driving around the peninsula we made our way to the most south western point of Africa (the most southern point of Africa is the lesser known Cape Agulhas). It was a gorgeous day, we lucked out with blue skies and perfect weather. We walked out to Cape of Good Hope which I thought meant the famous sign (^^) but after a forty minute walk we realized there was a parking lot next to the sign.  Whoops, but the walk was spectacular. You can probably imagine the crowds at the sign. To take a photo with no other people in it turned out to be quite difficult but with a little patients and a loud bossy voice we nailed it.