Enough with South Africa, onto Lesotho! Just kidding, this was only a day trip to the landlocked mountain kingdom of Africa. Eight of us met Adrian (our tour guide) and drove 1.5 hours to the South Africa/Lesotho (le-su-tu) border crossing. At the border we were stamped out of South Africa but never into Lesotho. So don't mind my eight missing hours, I wasn't in Cuba. Adrian said there use to be a man in a truck who would stamp your passport into Lesotho but one day the truck was gone and that was that. 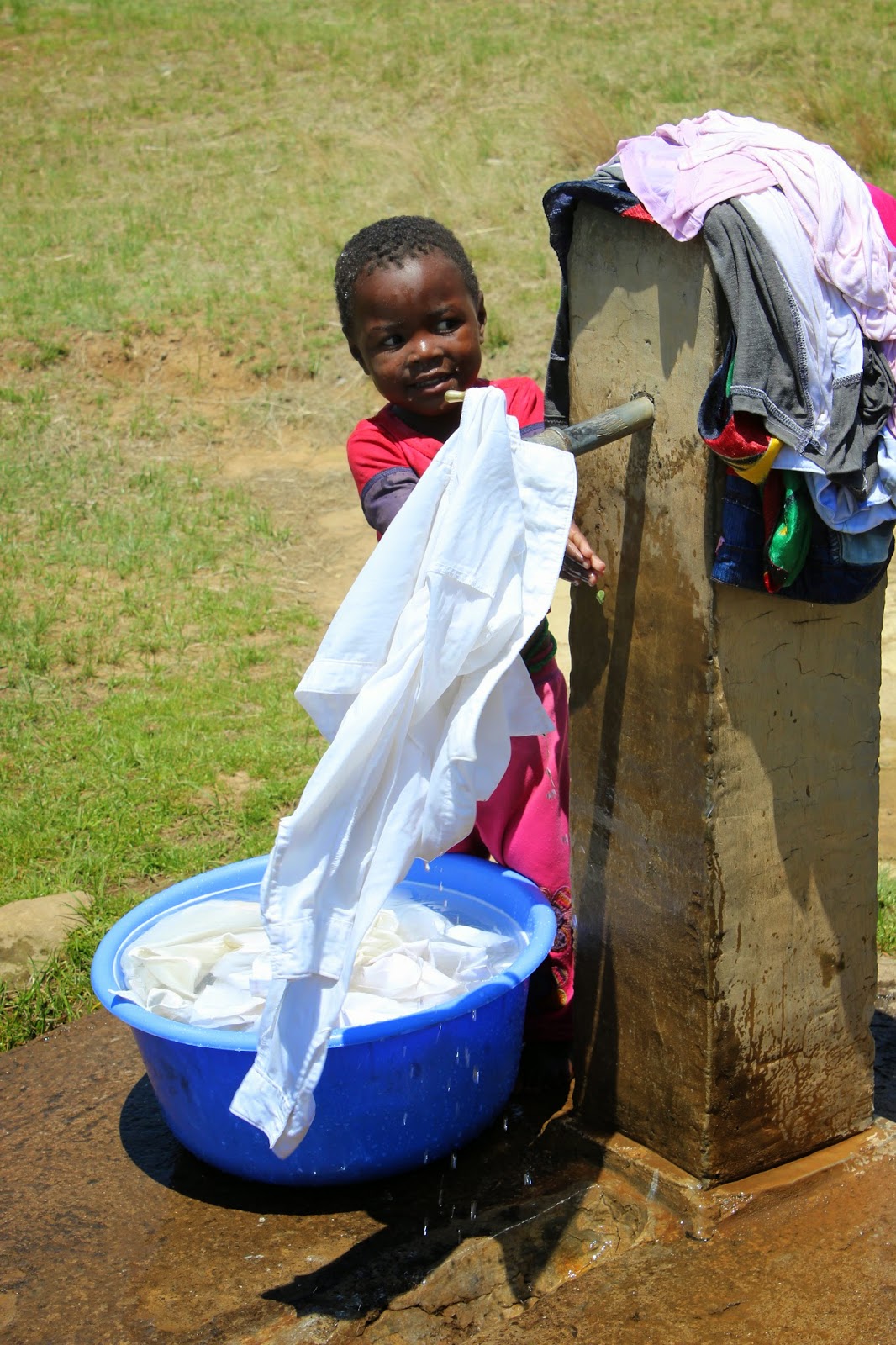 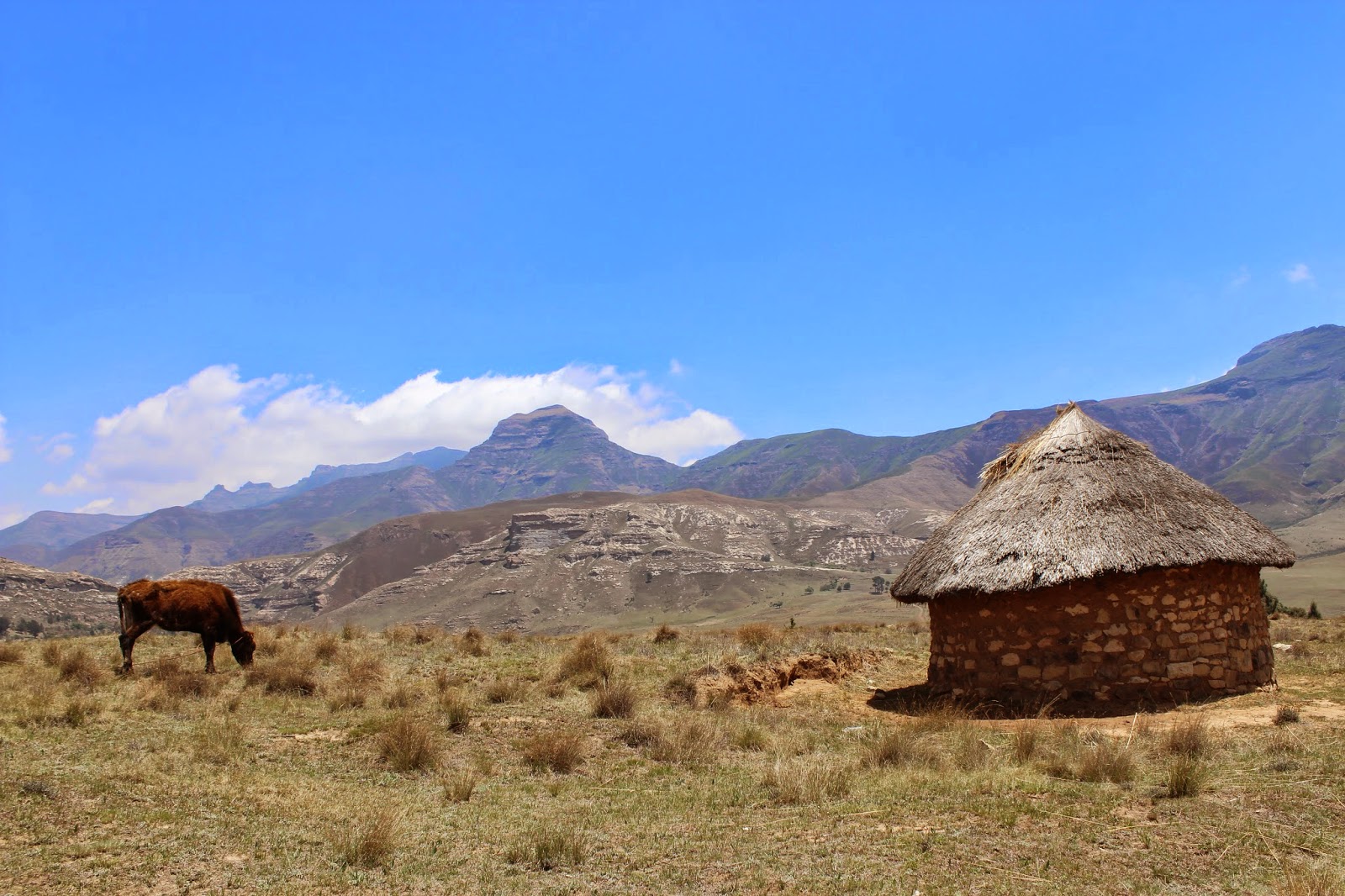 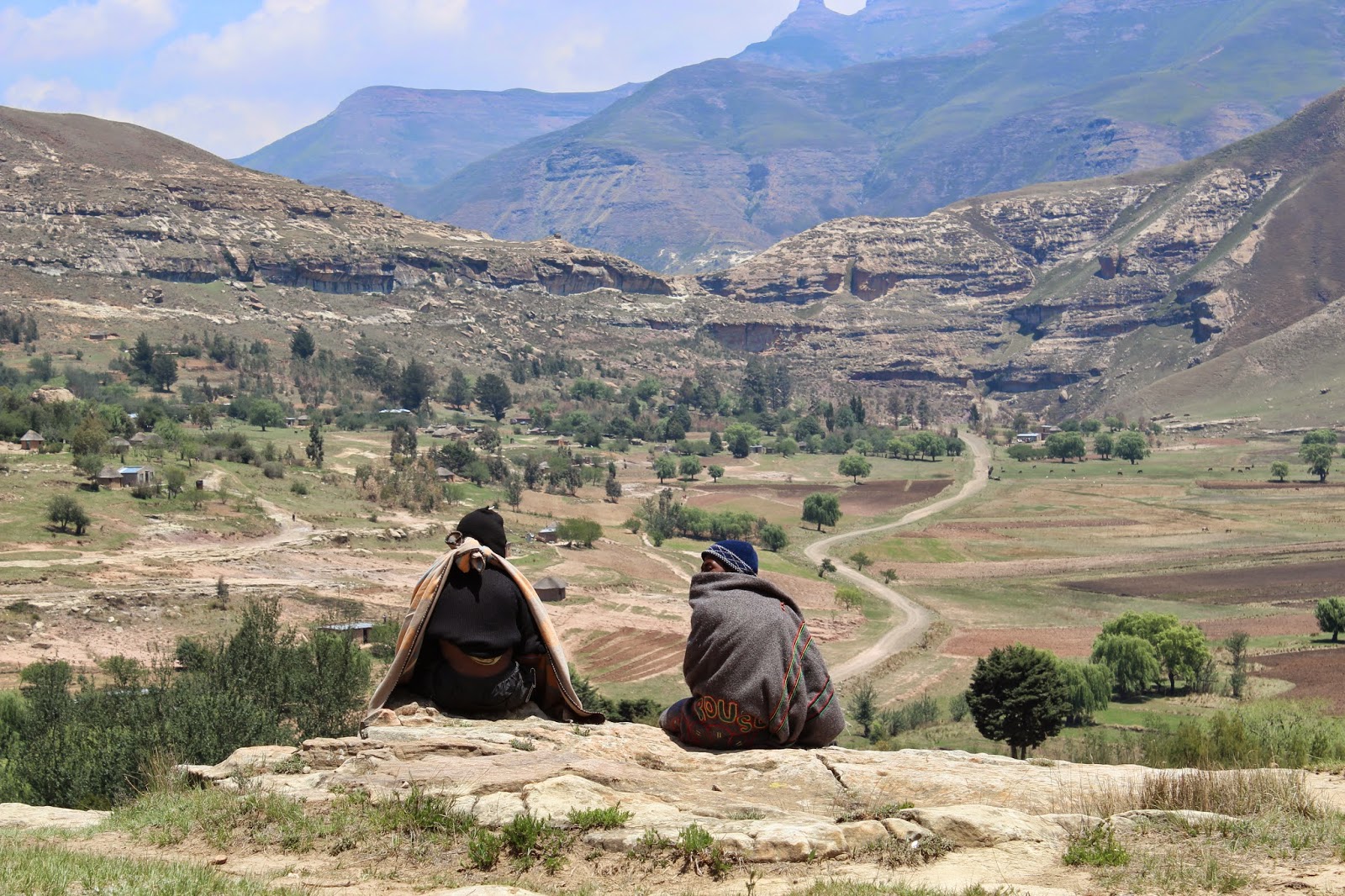 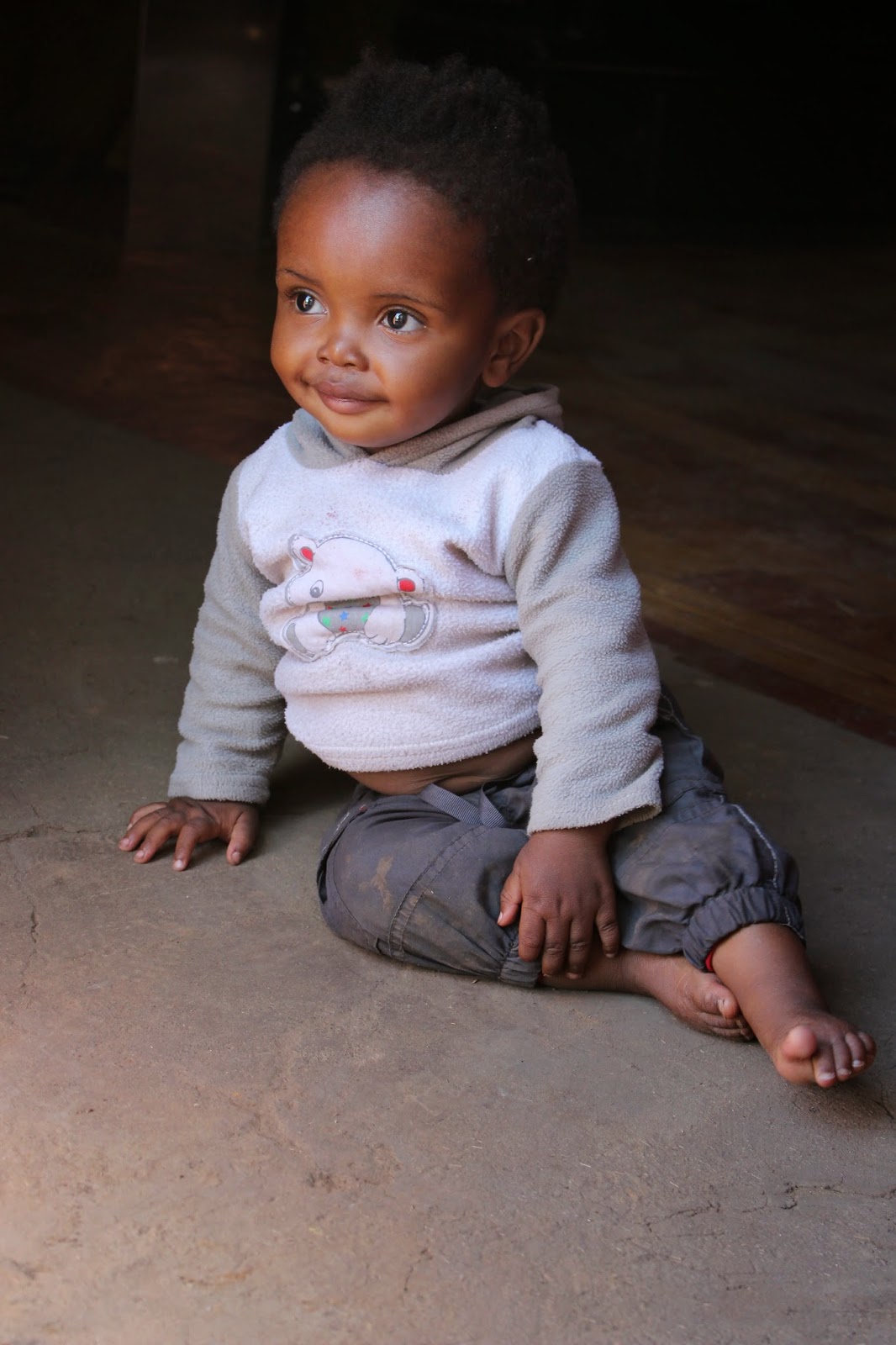 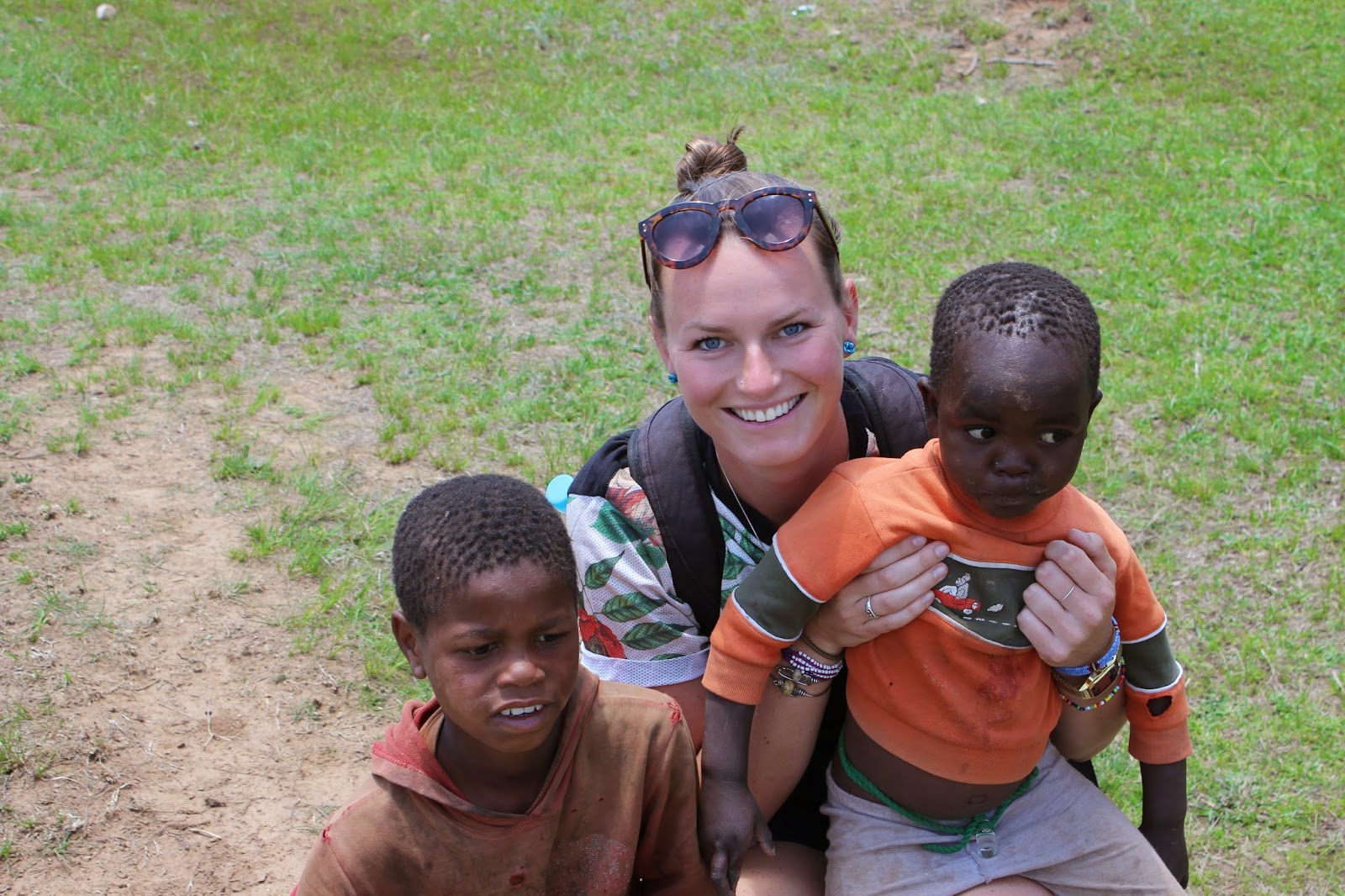 We said goodbye to John Deere tractors and hello to cow drawn plows. Lesotho was similar to the other African countries I had visited with small huts, sheep wandering around aimlessly, walking paths instead of roads and children doing laundry. One thing was different, however. For the most part everyone was wearing western clothes. This was especially noticeable with the women who are usually wrapped from head to toe in African fabric. It was the men who were slightly more traditionally dressed with blankets tied around their necks and draped over their fronts. The blanket seems to be unique to Lesotho and I so wish I could have bought one (there is a business opportunity there). The blankets are worn less and less as Lethoto slowly adapts to a more modern dress, like rain boots. Practical and warm. 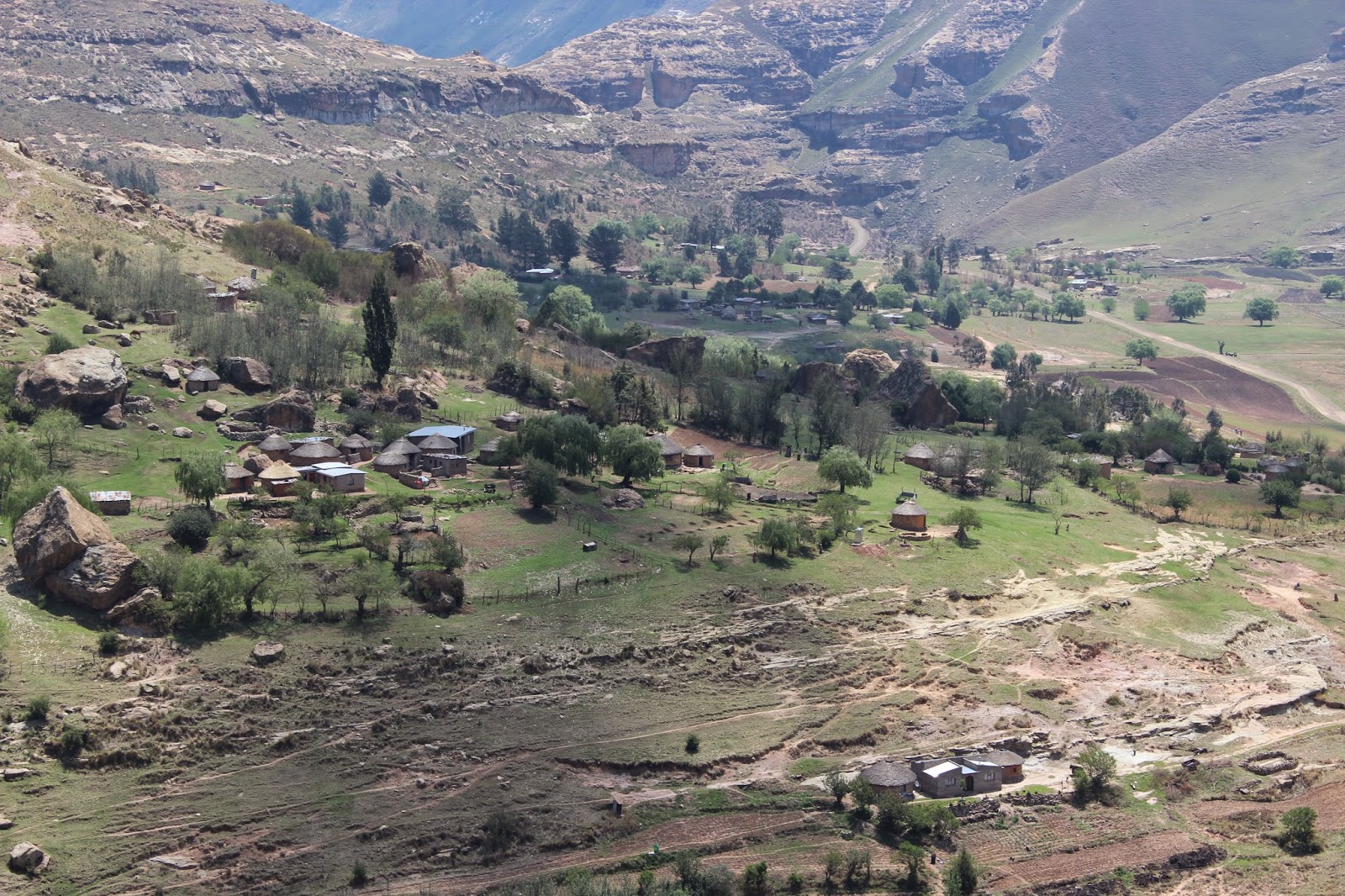 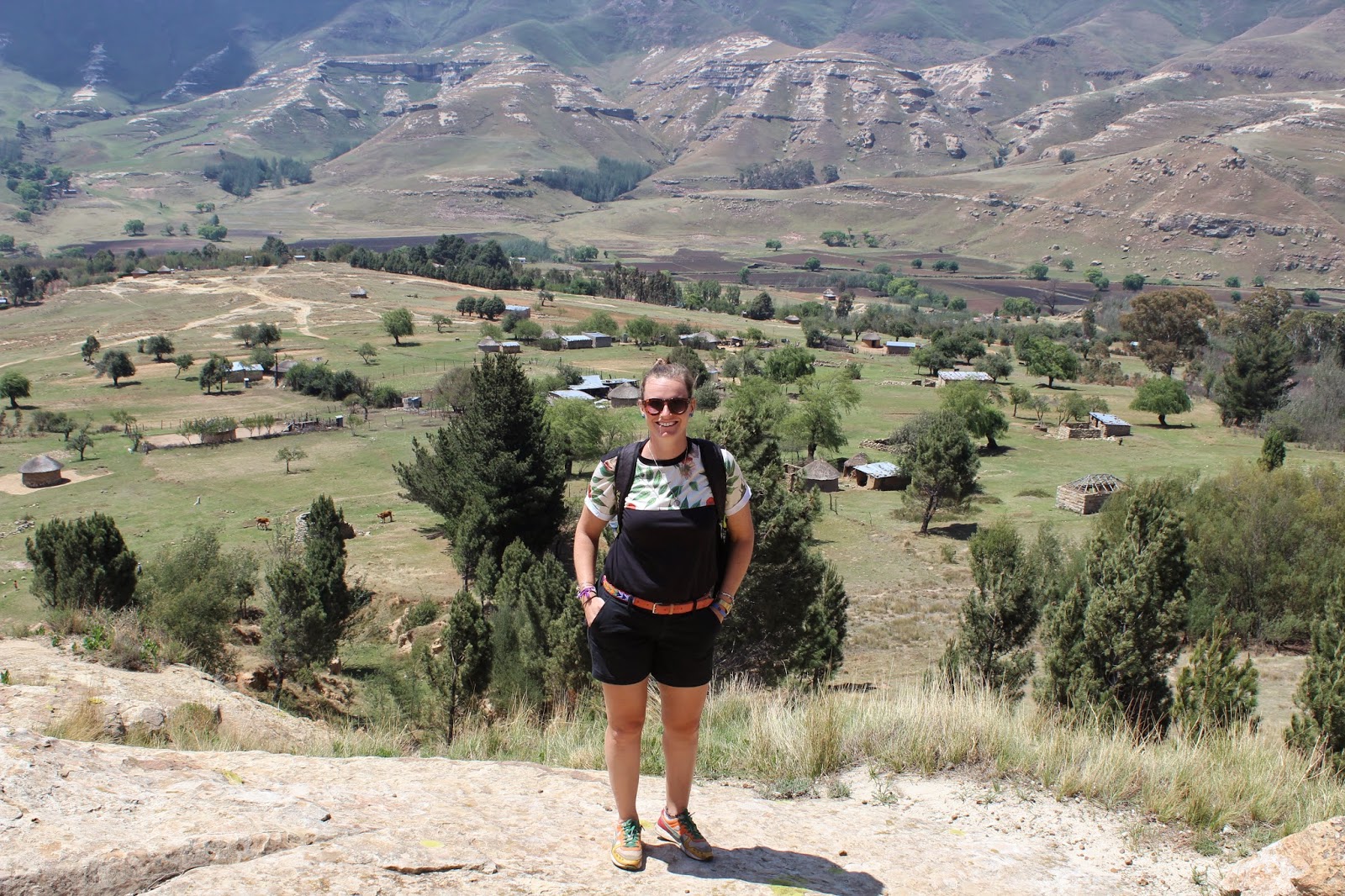 After hiking up to a view point to learn about sand people and their paintings we visited the local witch doctors home. The witch doctor herself was not home because there was a funeral in town that day but Adrian gave us the run down. To become a witch doctor you must be summoned by something greater, it is not chosen. When the town witch doctor was a child she was very sick and after doctors where unable to help she visited a priest. The priest told her she was being summoned to be a witch doctor. Once she excepted her calling she was healthy.

After being convinced I should visit a witch doctor over a hospital the next time I am sick we made one last stop to try the local cuisine. In most households people only eat one meal so it's a hearty starch with vegetables. It was actually quite good.