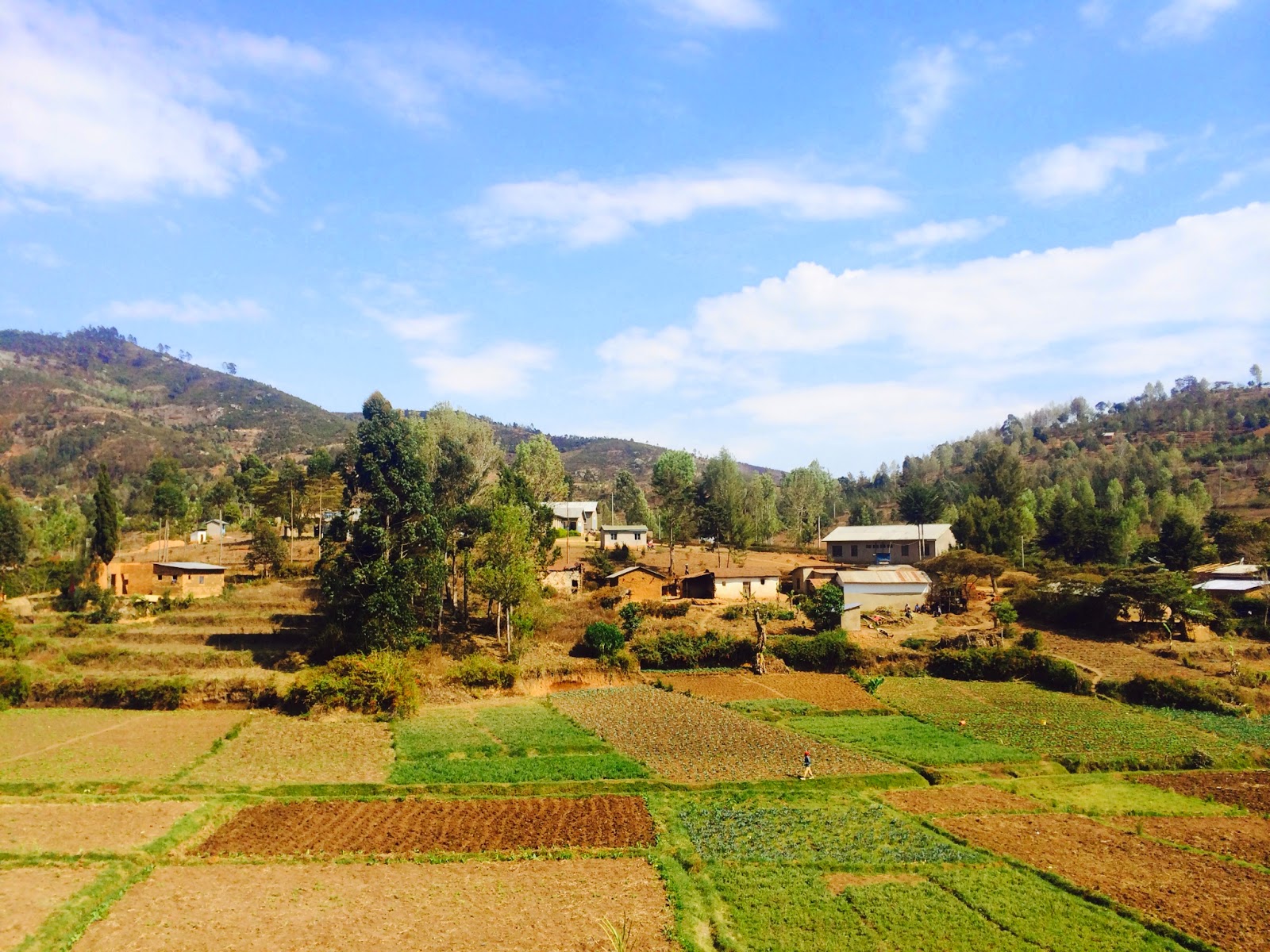 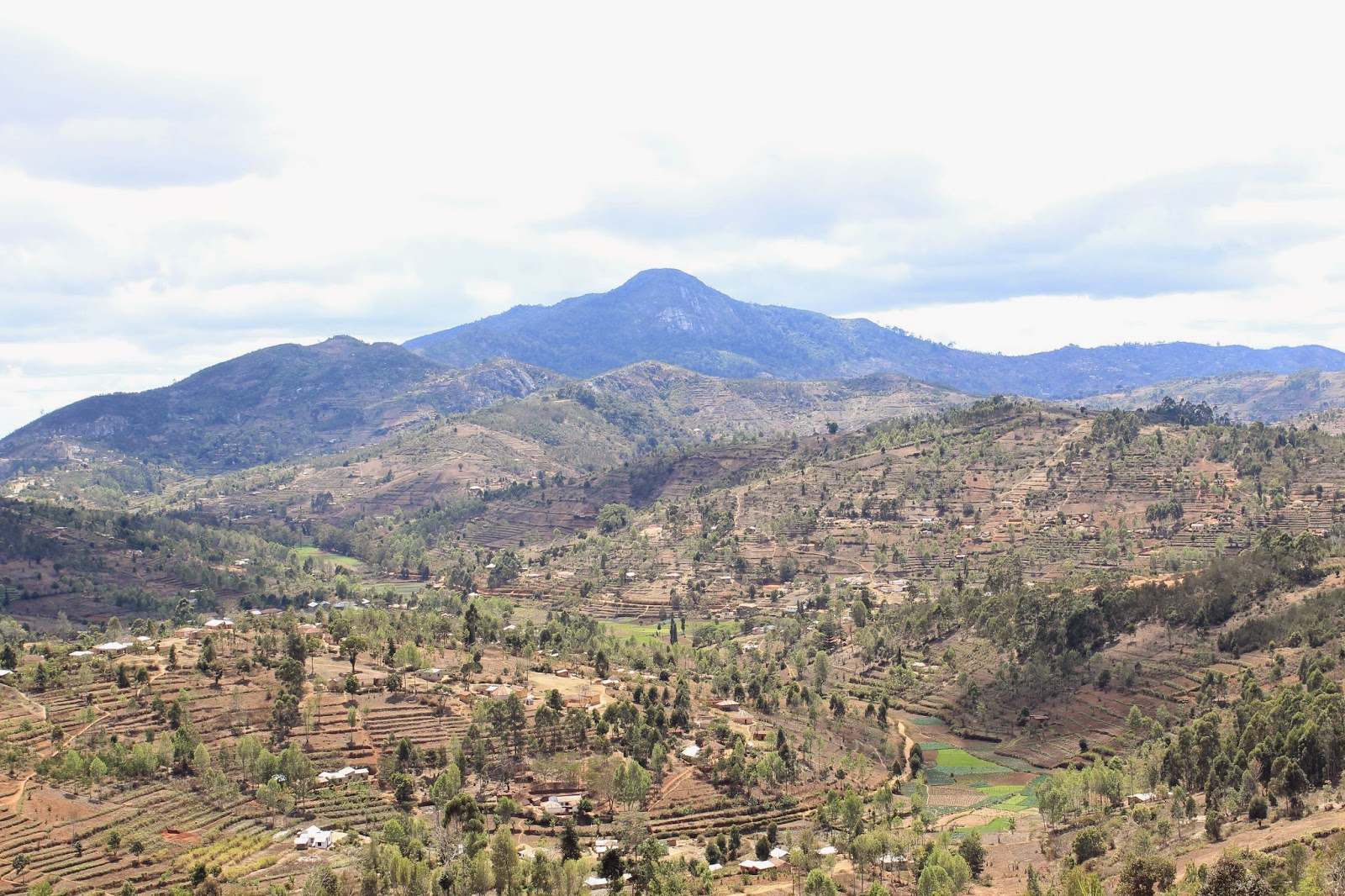 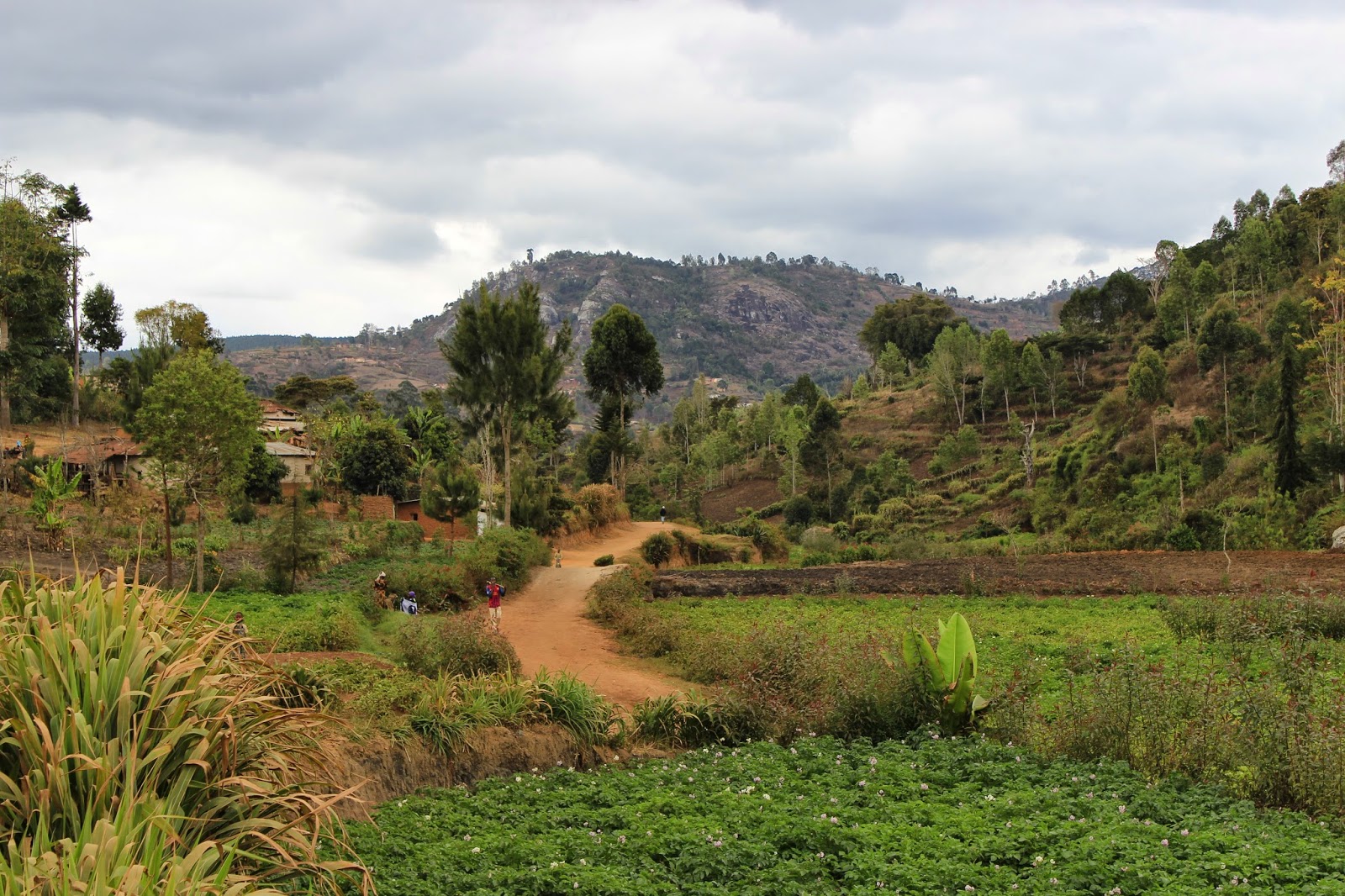 Hamisi*, our Usambara trekking guide, met us at Kakakuno Lodge at 9:00am for a three day trek to Mtea through small mountain villages and a fourth day trekking to a waterfall outside of Lushoto (Usambara Mountains, Part II). We started trekking from the front door of the hotel. We crossed the street and before we knew it we were in the country quickly climbing up the hillside on narrow dirt footpaths. We walked through villages saying "Jambo" to farmers and ladies balancing wood on their heads. The farmed hillside turned into forest and we took random footpaths until we found ourselves in another village where boys were walking home from school playing soccer. The soccer ball was black plastic bags wrapped around forming a ball and after they passed to me I found that it worked quite well. We passed back and forth until I was so far behind my mom and Hamisi I needed to run to catch up. 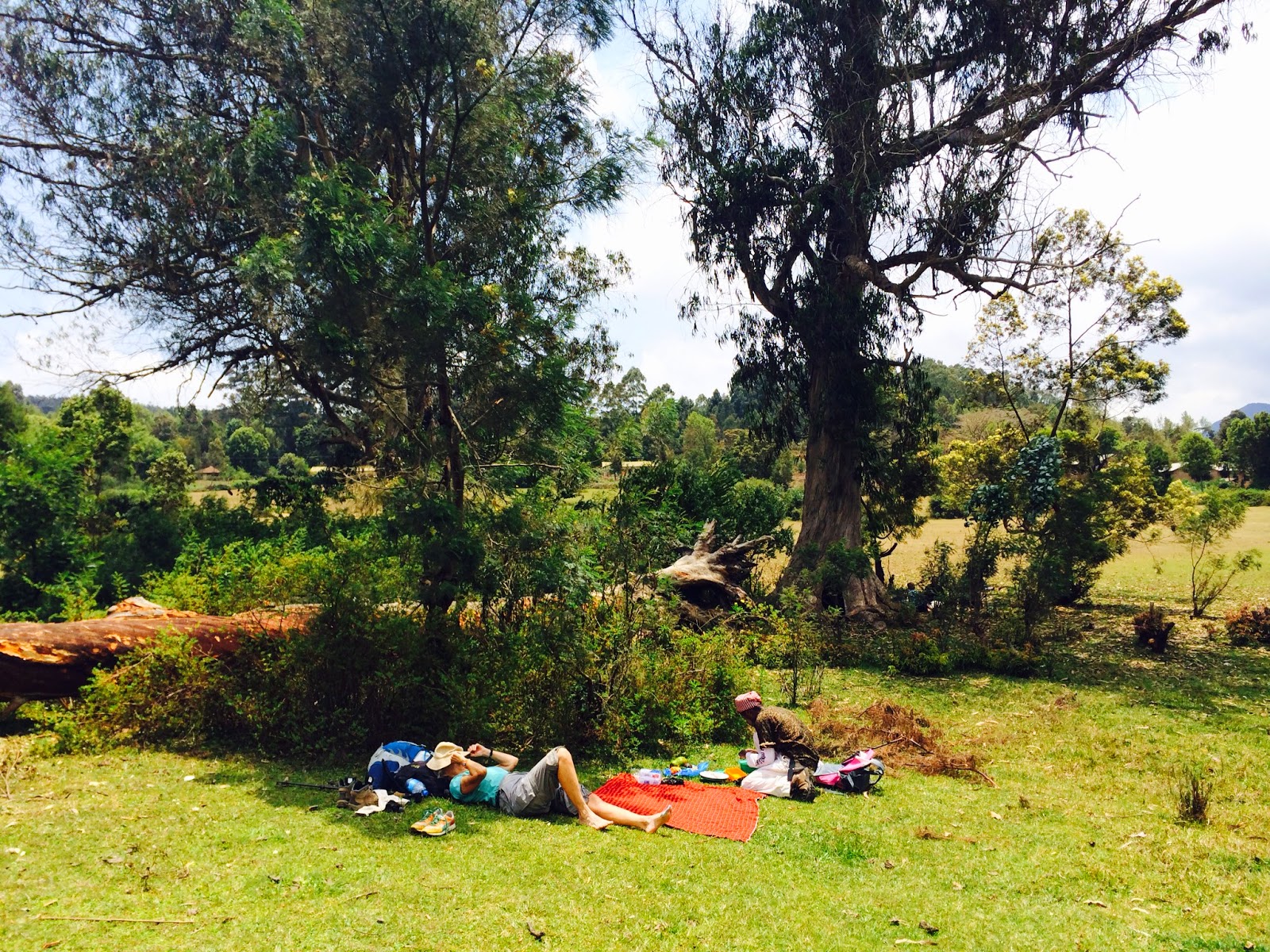 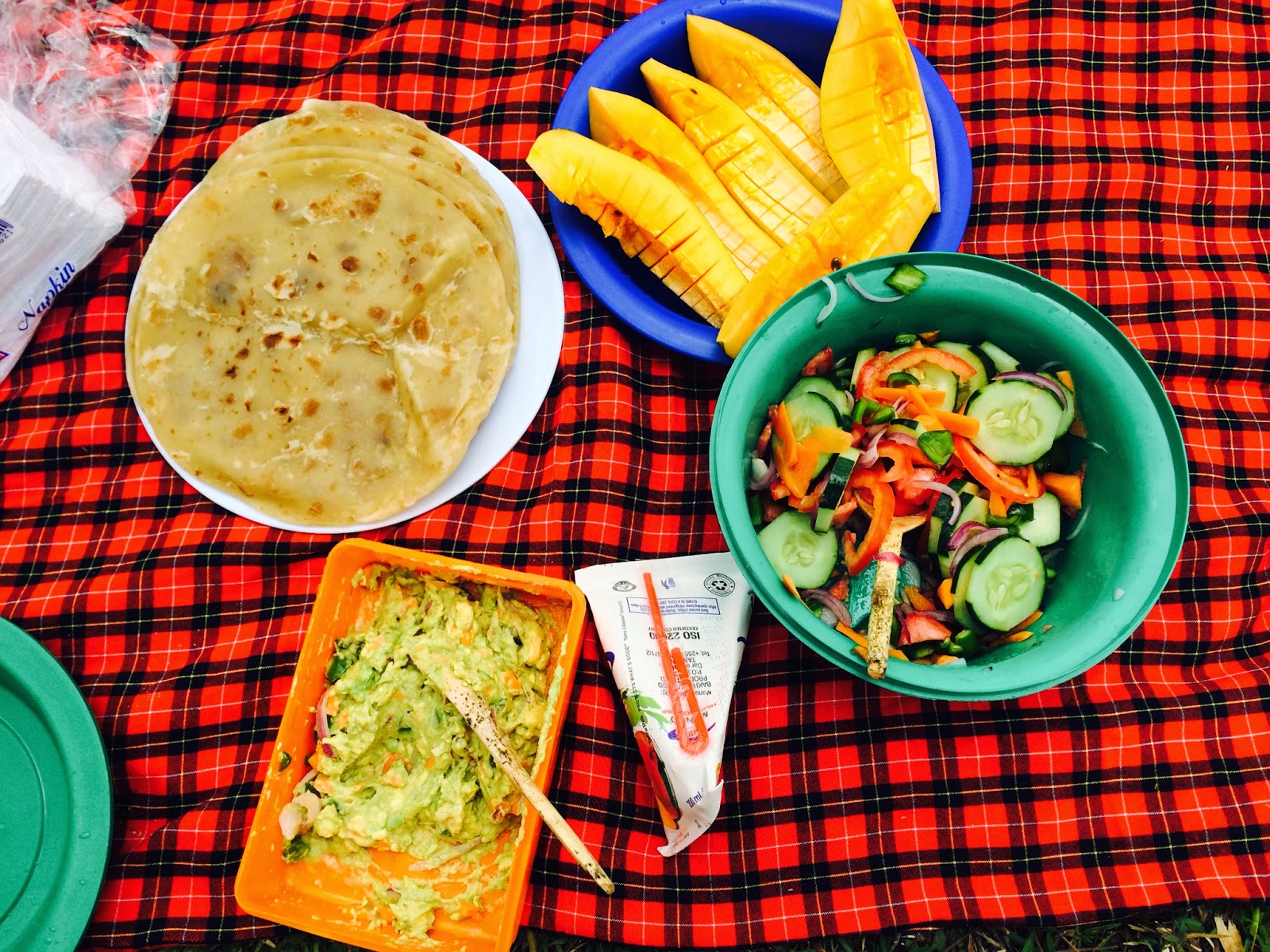 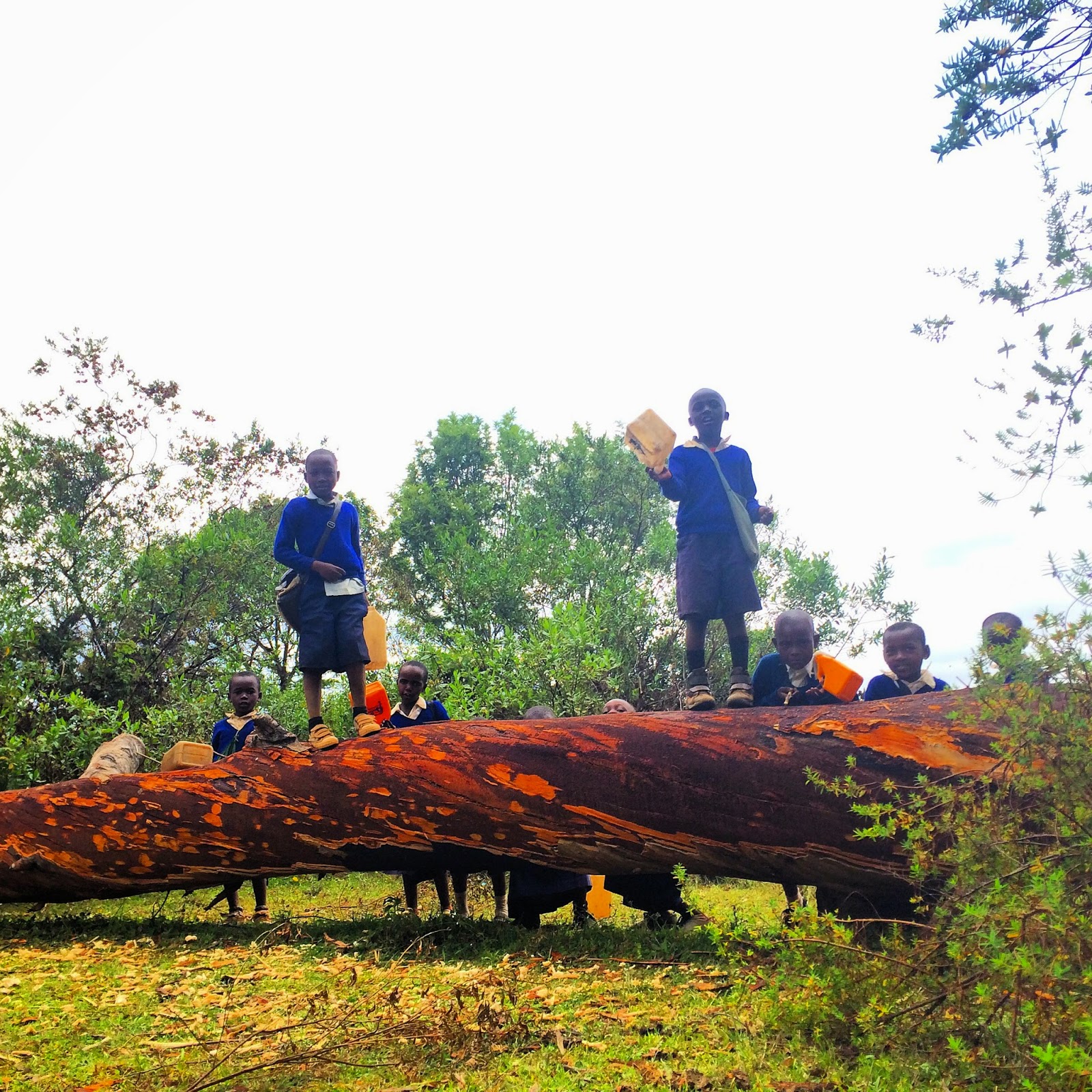 It was early afternoon as this point and our stomachs were growling. We were out on a huge grass field and we thought Hamisi was looking for a restaurant but turns out he was looking for a shady spot for our picnic. A picnic in Tanzania in the mountains? I had never heard of such a thing. We had know idea Hamisi had been carrying lunch in his backpack and it was a bit of Mary Poppins backpack too. He pulled out a table cloth, plates, bowls, silverware, juice boxes, chapati, vegetables and fruit. He whipped up a fresh salad with lime dressing and guacamole. We sat in the field having lunch as people passed by and then a crowd of school children started gathering around us. At first there were just one or two and then there were thirteen, fourteen, fifteen. They all hid behind a log and watched us. It was one of the most bizarre experiences. Since they were watching us and all I was doing was eating guacamole I felt like I needed to be more entertainment so I started singing children songs, which didn't catch on. I guess they haven't learned Twinkle Twinkle Little Star like my Vietnamese students had. I then started counting in English which was a huge hit until the number thirty. 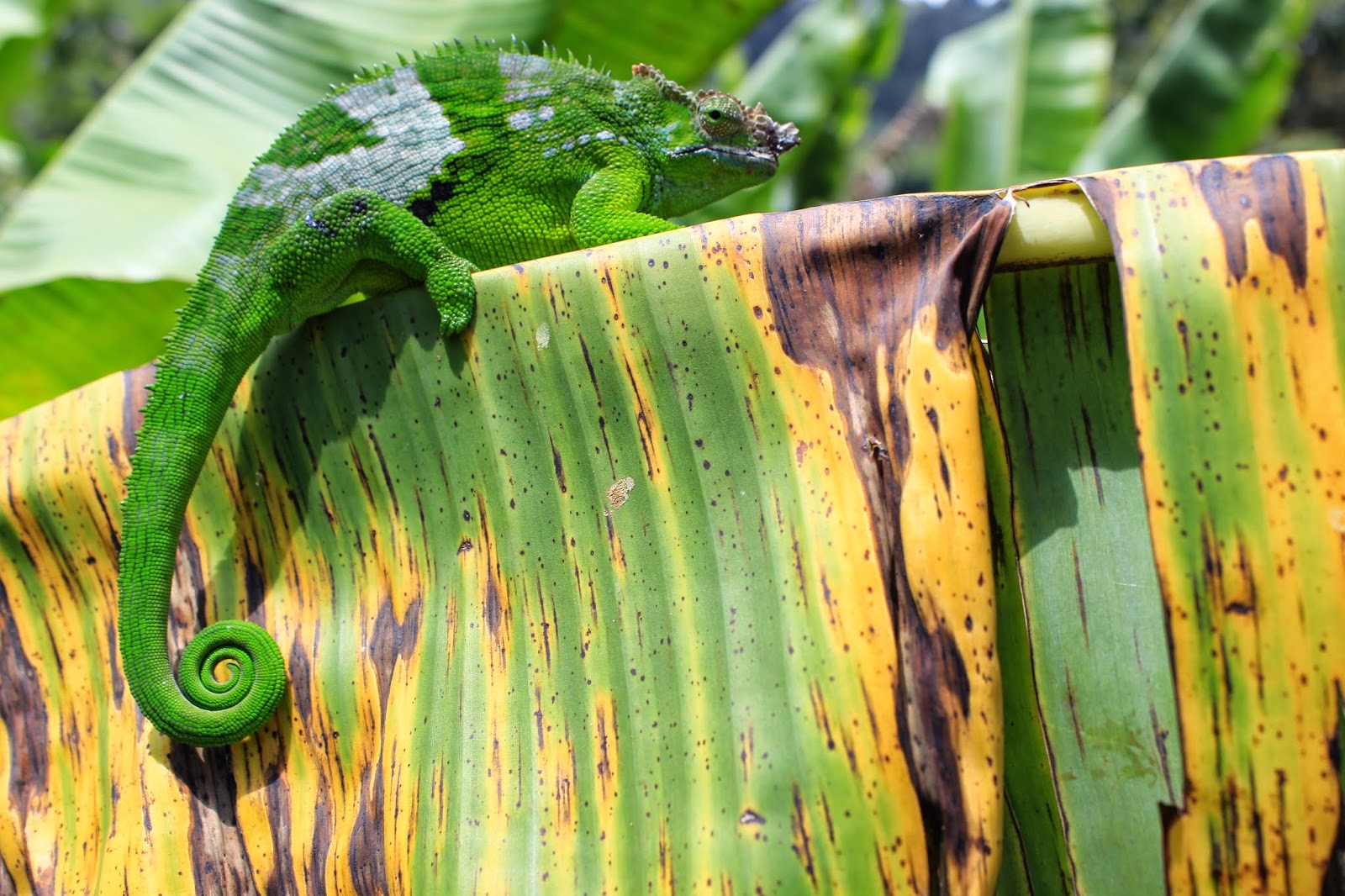 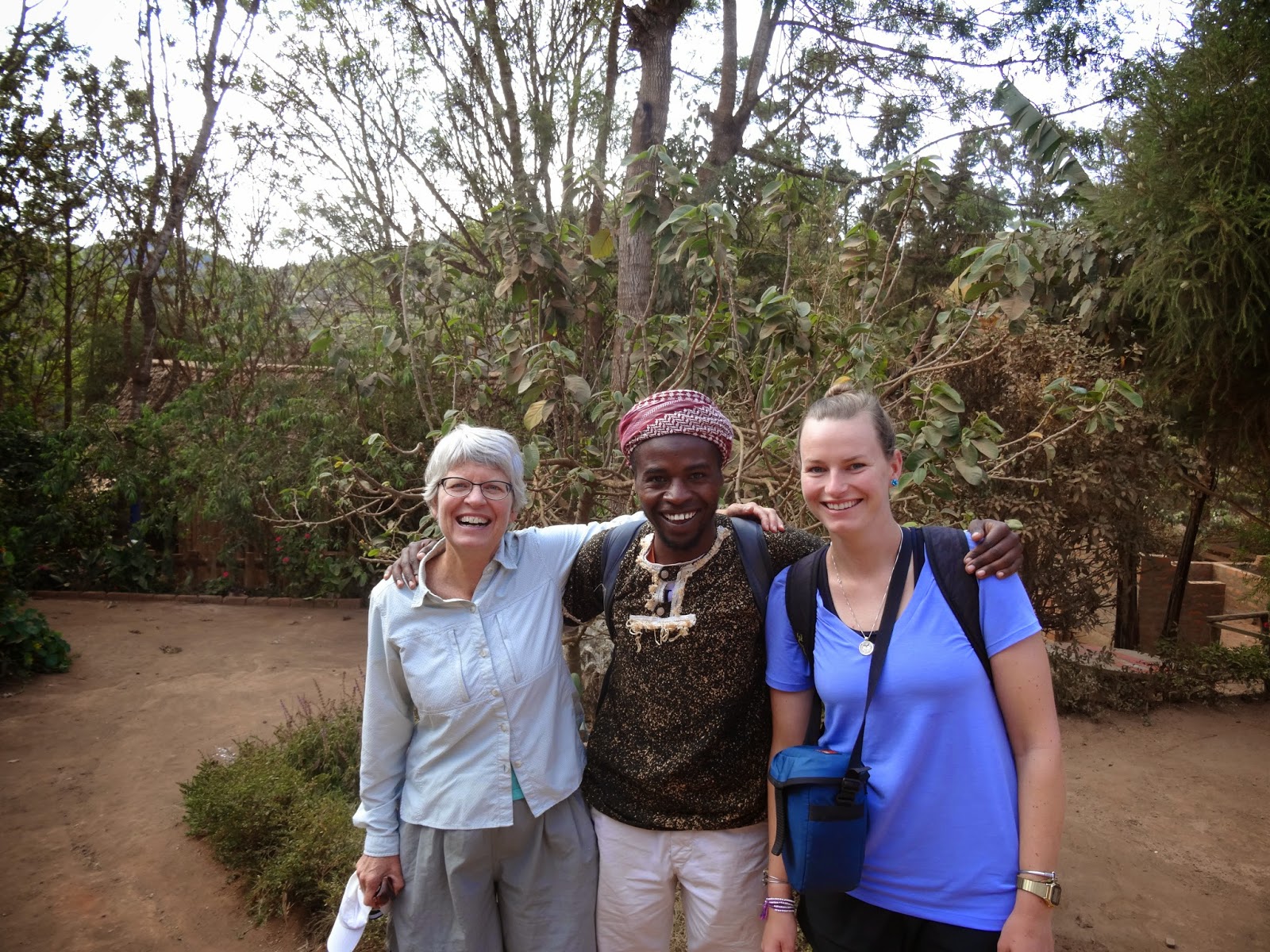 After lunch we continued through villages and over mountains spotting chameleons, birds, black-and-white colobus monkeys and vervet monkeys. After we had walked about 10 miles (17km) the hotel owner picked us up in his truck and drove us the rest of the way to the town of Mlindi, where we stayed the first night. After hot showers my mom and I made our way to the hotel bar (one very small room) and met Mike from the USA who was currently working in Tanzania and Gil and Zavi, an Israeli couple on their honeymoon. 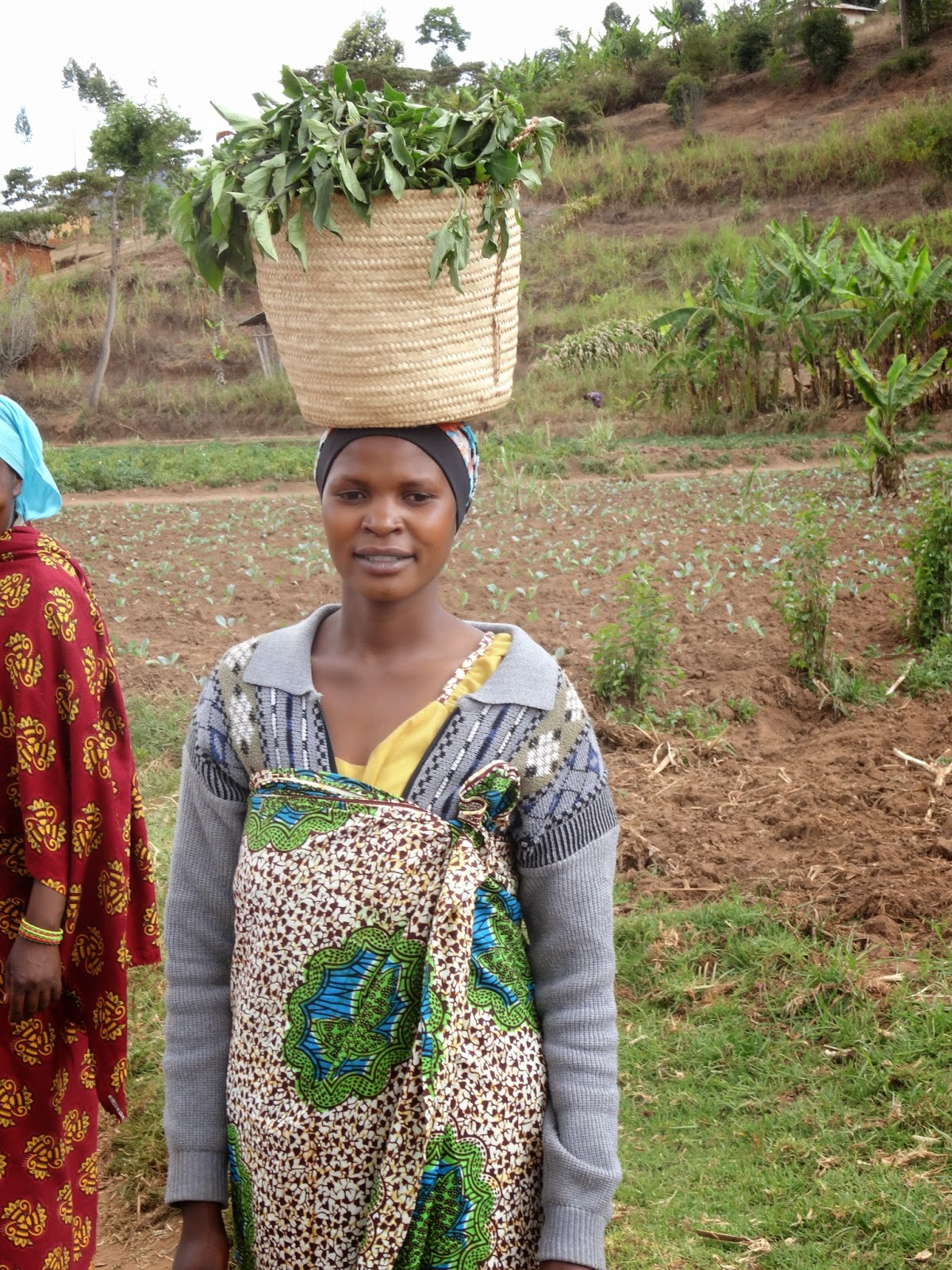 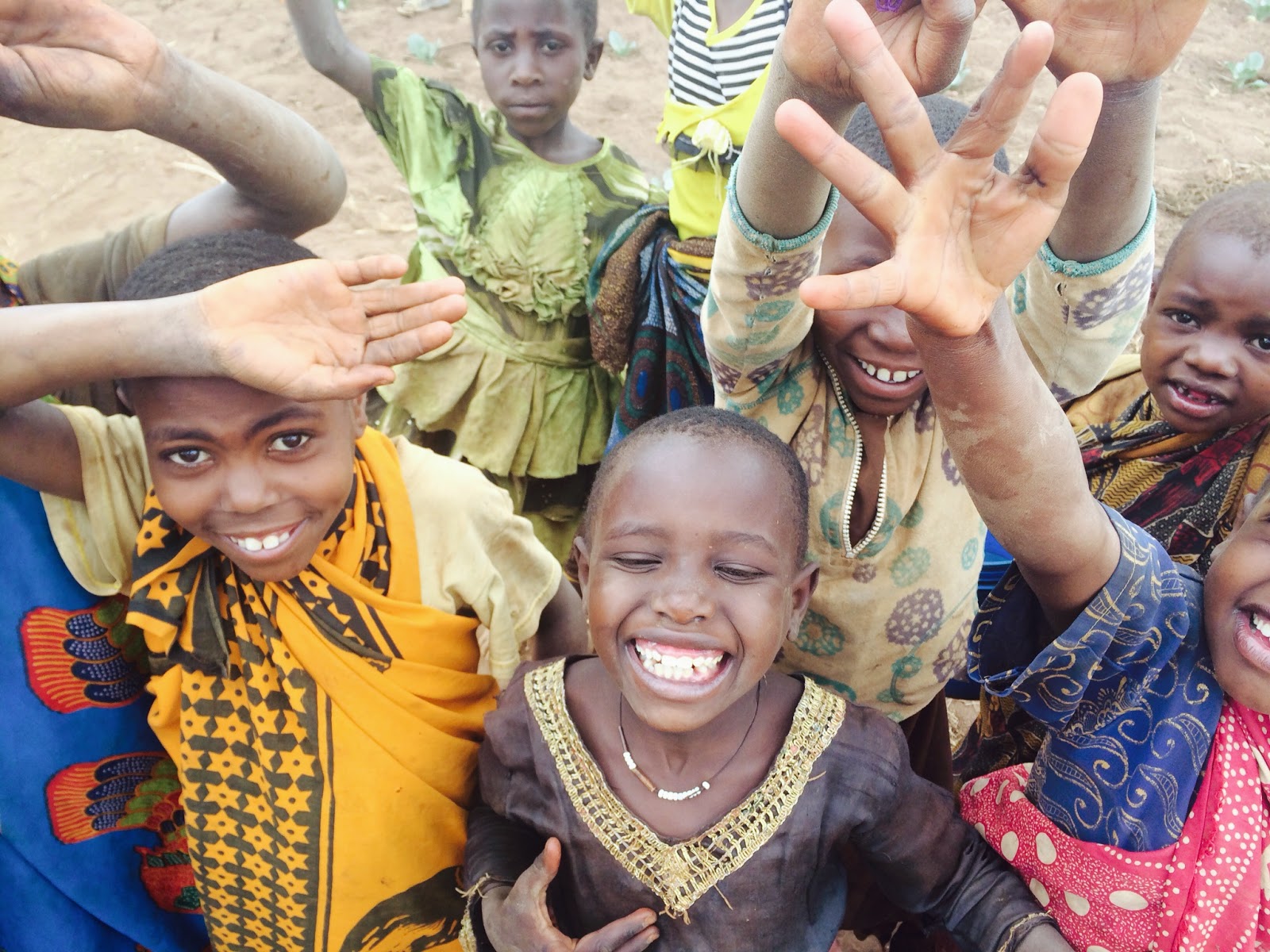 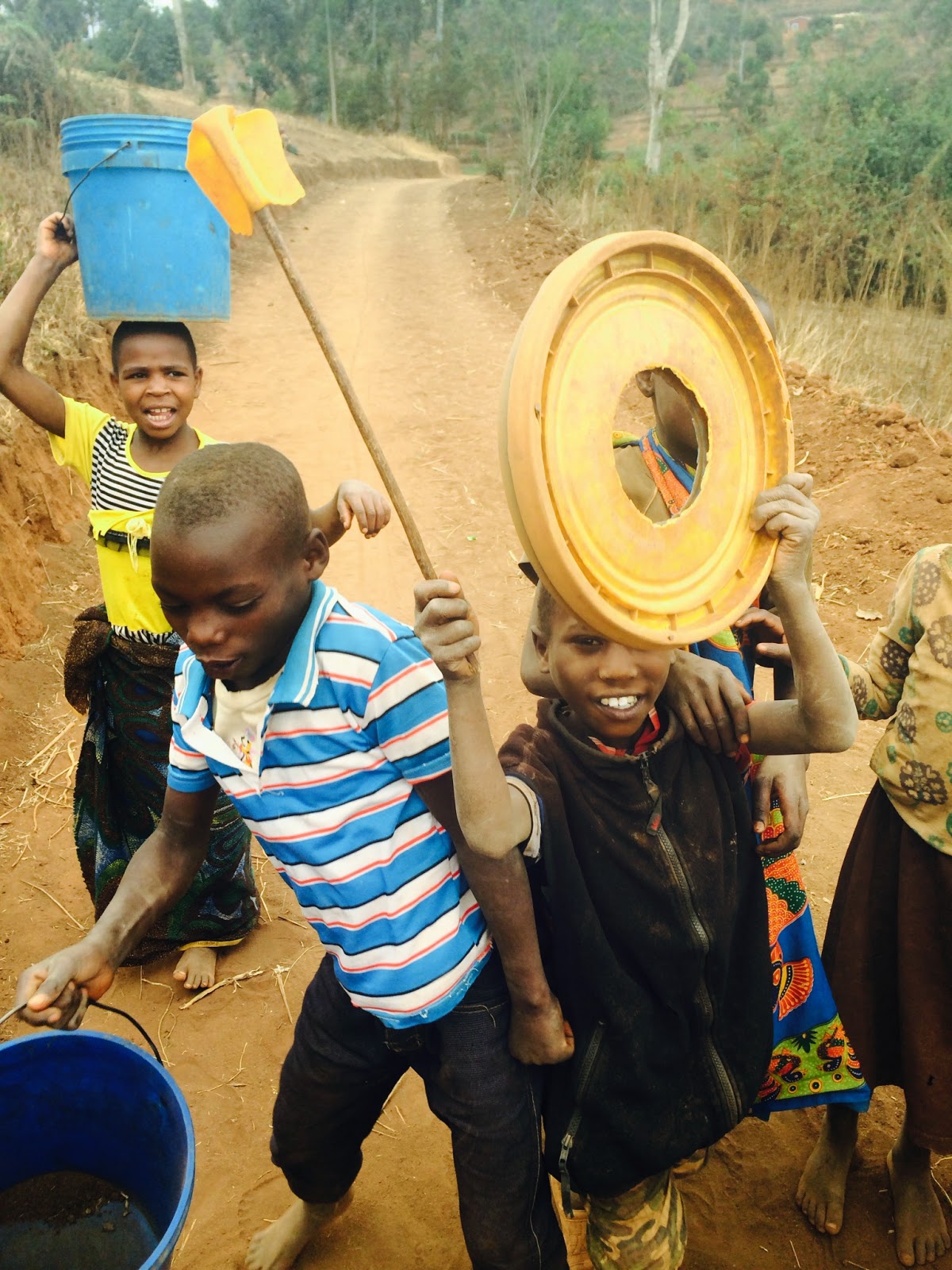 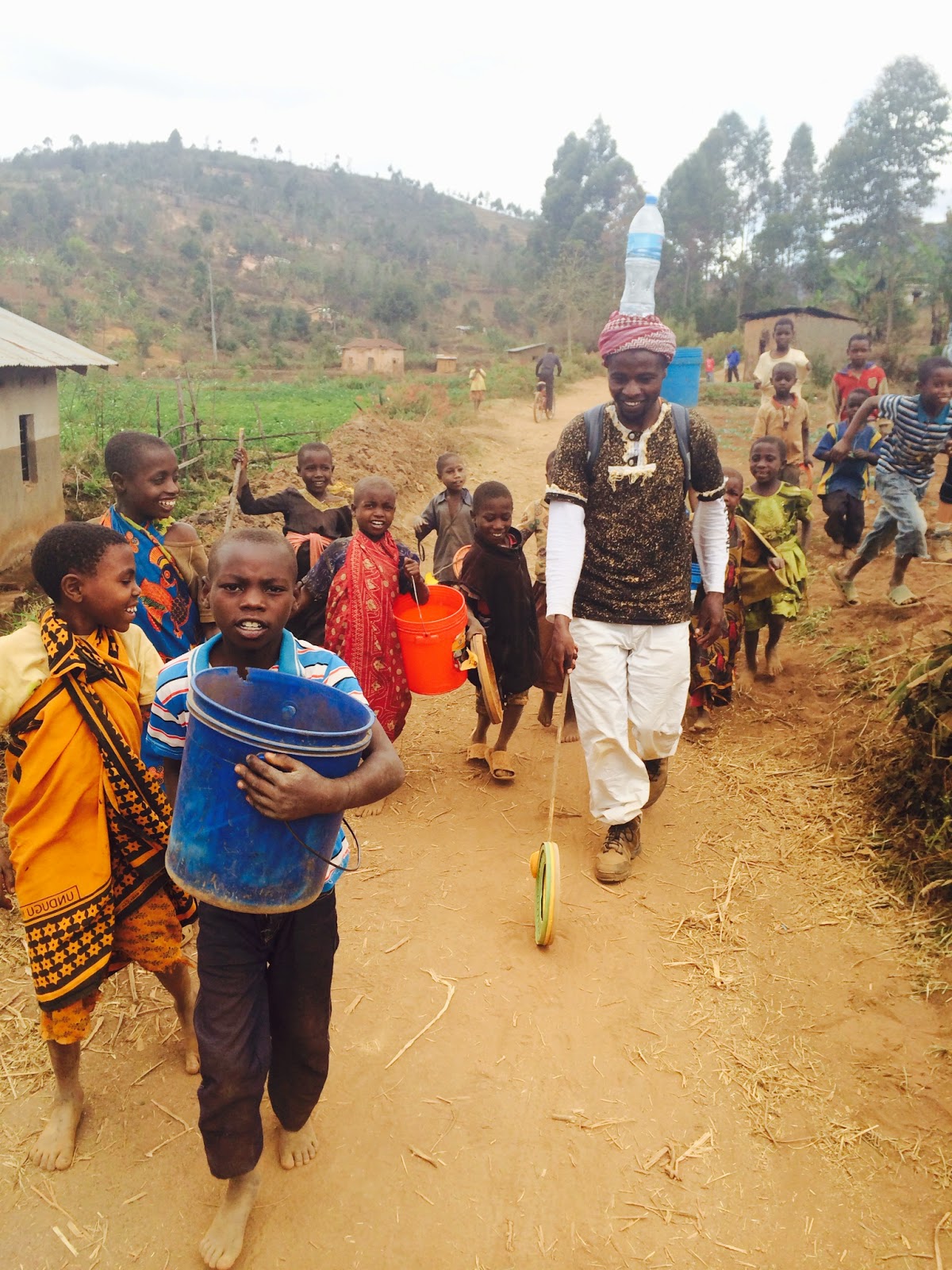 On day two we learned a little Swahili and mastered taking photos of the all the children from the villages. It was my favorite day by far. We walked through village after village and you could hear from far up the hill kids yelling "mzungu mzungu" (white person in Swahili)! We would look and wave back excitedly. The kids would run from all directions yelling "mzungu, take a picture." My mom and I would click away, show them the photos, they would all laugh and then the whole process would repeat. You could tell they had done this thousands of times before but it was still entertaining. Hamisi couldn't have cared less but he was so patient with us. I then started playing with a local toy and Hamisi lit up! I always saw the kids from the villages rolling a bucket lid and guiding it with a stick that had a bucket handle wedged on it. By the afternoon of day two I was comfortable with our surroundings so the next group of kids we passed I asked to play. Uhhh... the toy was way harder then it looked. After a few crashes, which would send the kids into laughing hysterics, I figured it out. I would run guiding the bucket lid and the whole village would chase after me. I could have played the game for hours, I never wanted to leave. Hamisi finally took over and decided to show me up with also balancing a water bottle on his head.

In the next village, a few of the littlest kids started holding my hands. Their little fingers were so dirty and they had so much snot running from their nose but I enjoyed every second of it. I started lifting the kids with some bicep curls and swing them - "1, 2, 3 weeeeee," we would all sing. After walking through town trading off kids and swinging them I was exhausted but I wish I was there now, I miss them.

For lunch we found another place for a picnic. We had the same lunch as the first day as well as a similar crowd watching. At first the kids all sat about fifteen feet away watching us but by the end of lunch they had all moved closer and were practically at our toes. We were use to the crowds and the kids at this point so we kind of loved it.

That evening after hiking 9 miles (15km) we stayed in Rangwi at Congregation of our Lady of Usambara. Our room was simple with electricity but no running water. Mike, Zavi and Gil were in the rooms next to us. After cold bucket showers we all gathered in the dinning hall and a Sister sat with us to tell us the history of the congregation. I was all ears, especially because I am fascinated by nuns. 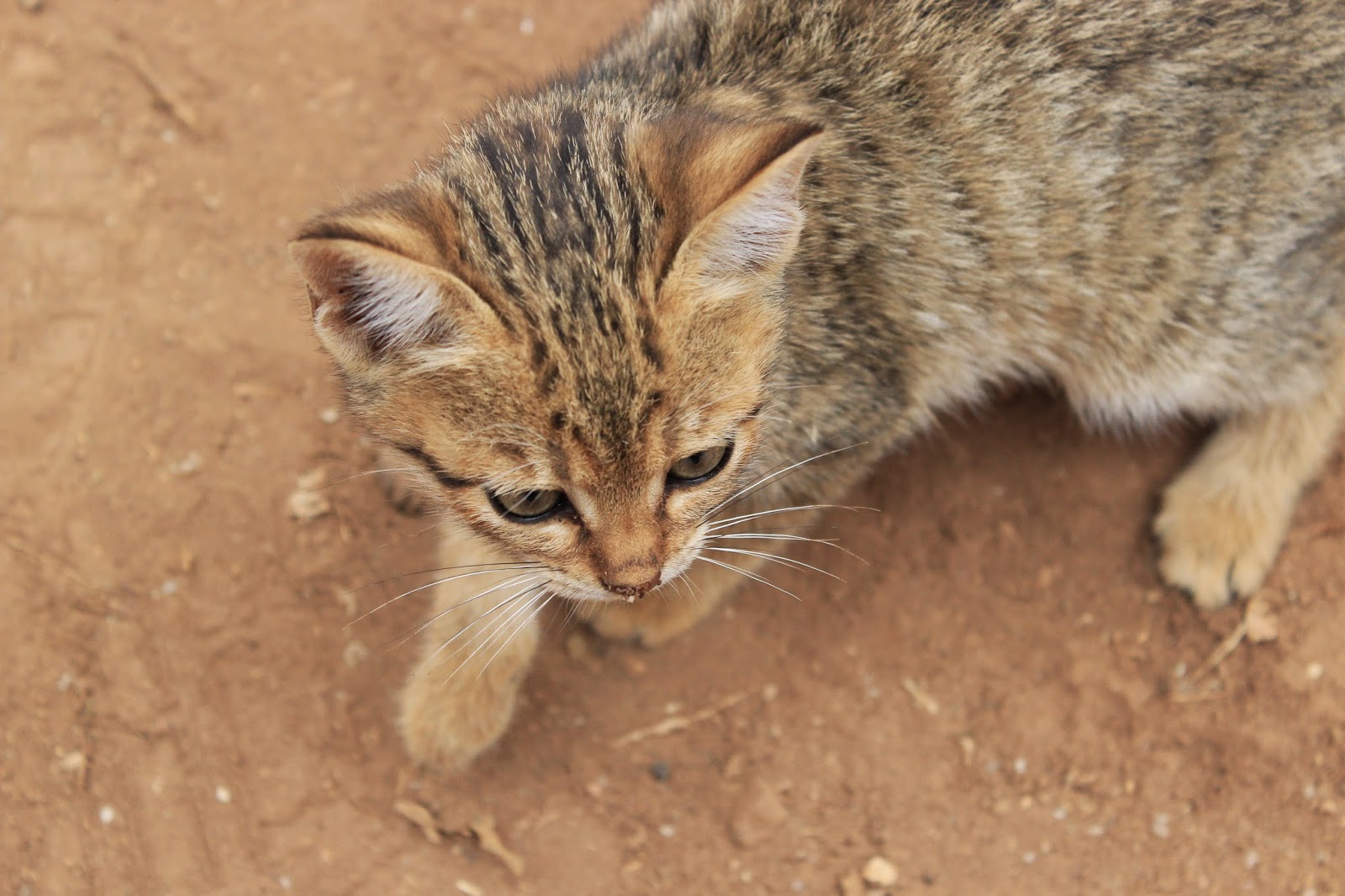 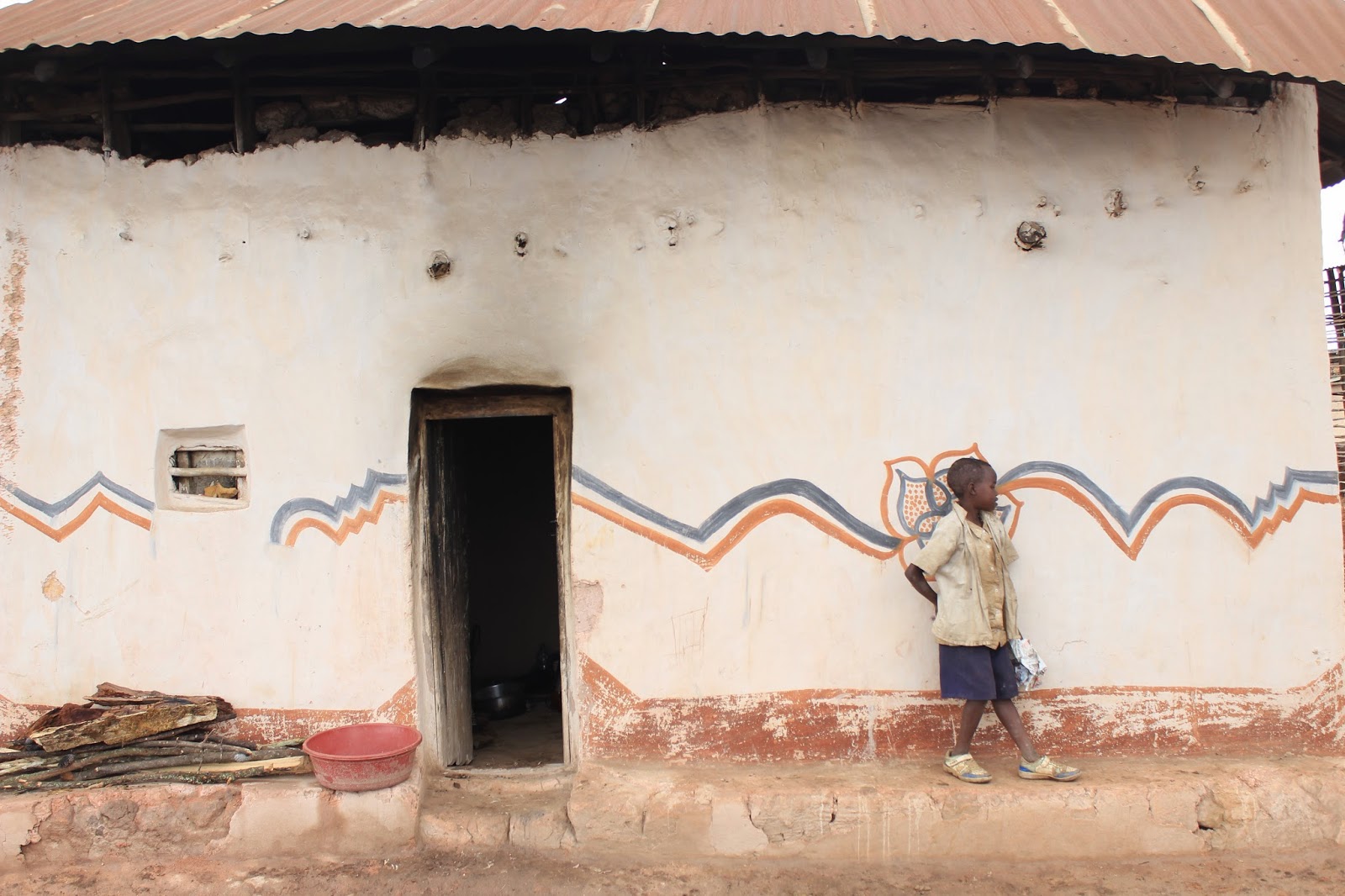 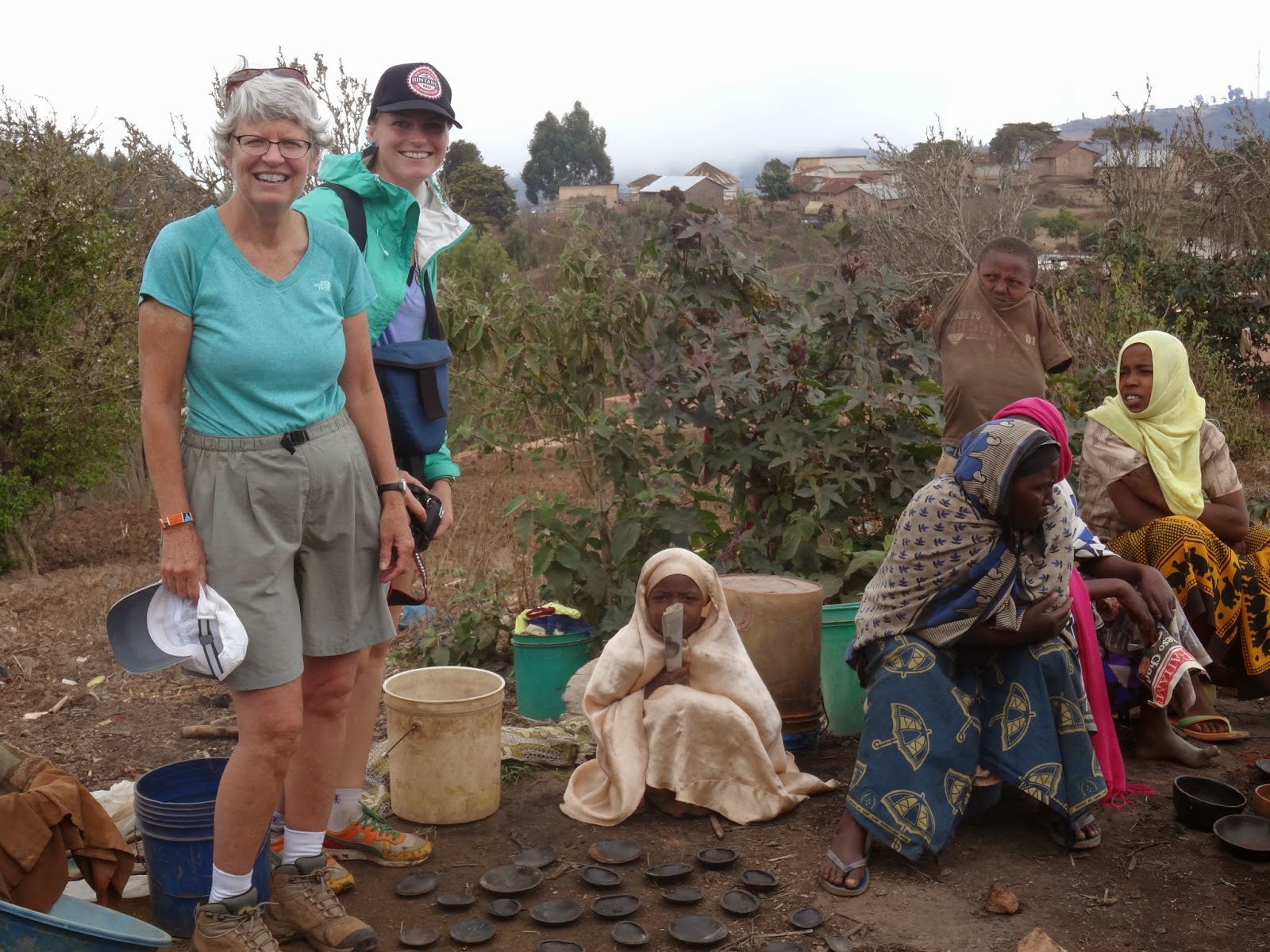 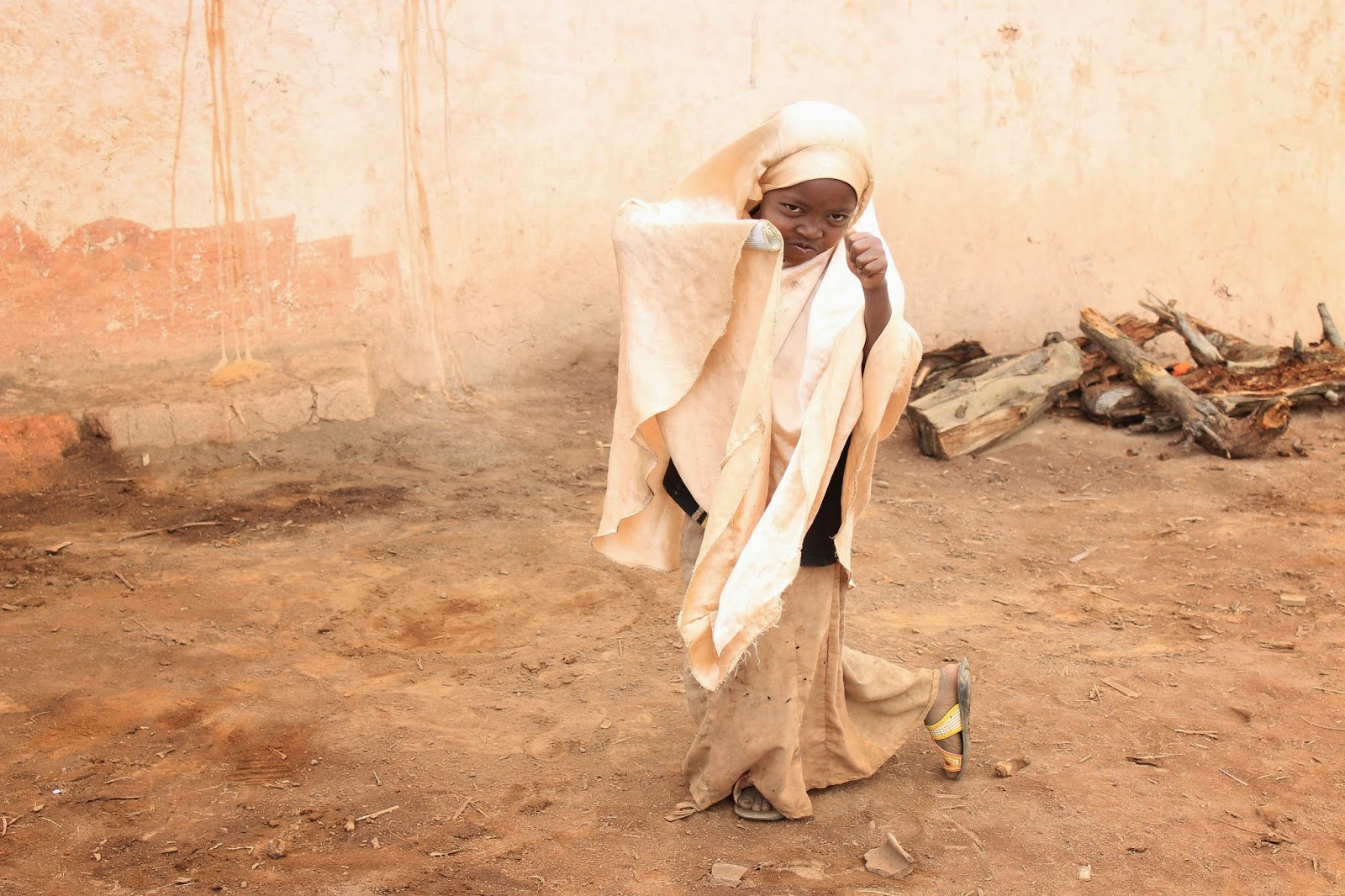 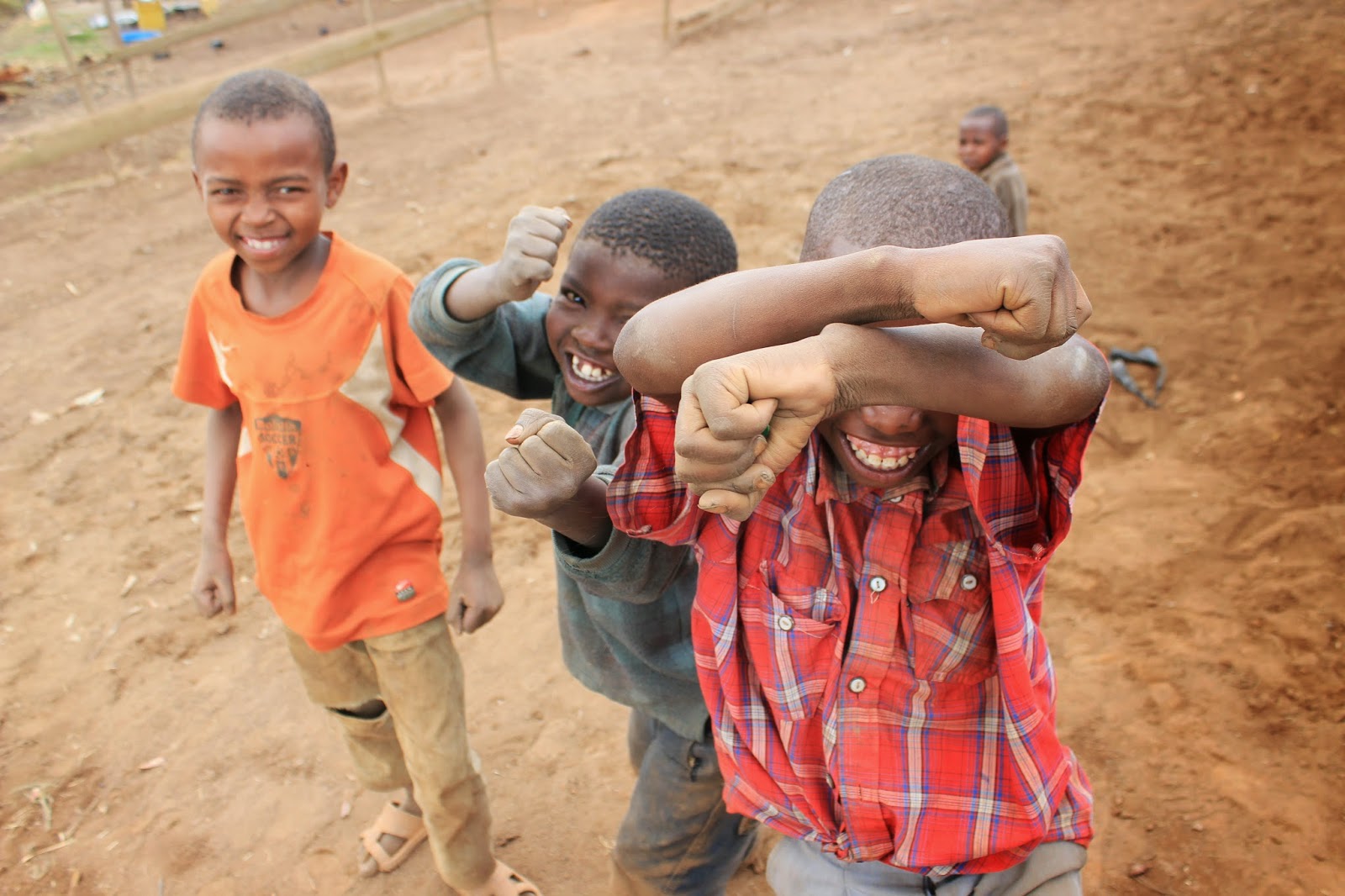 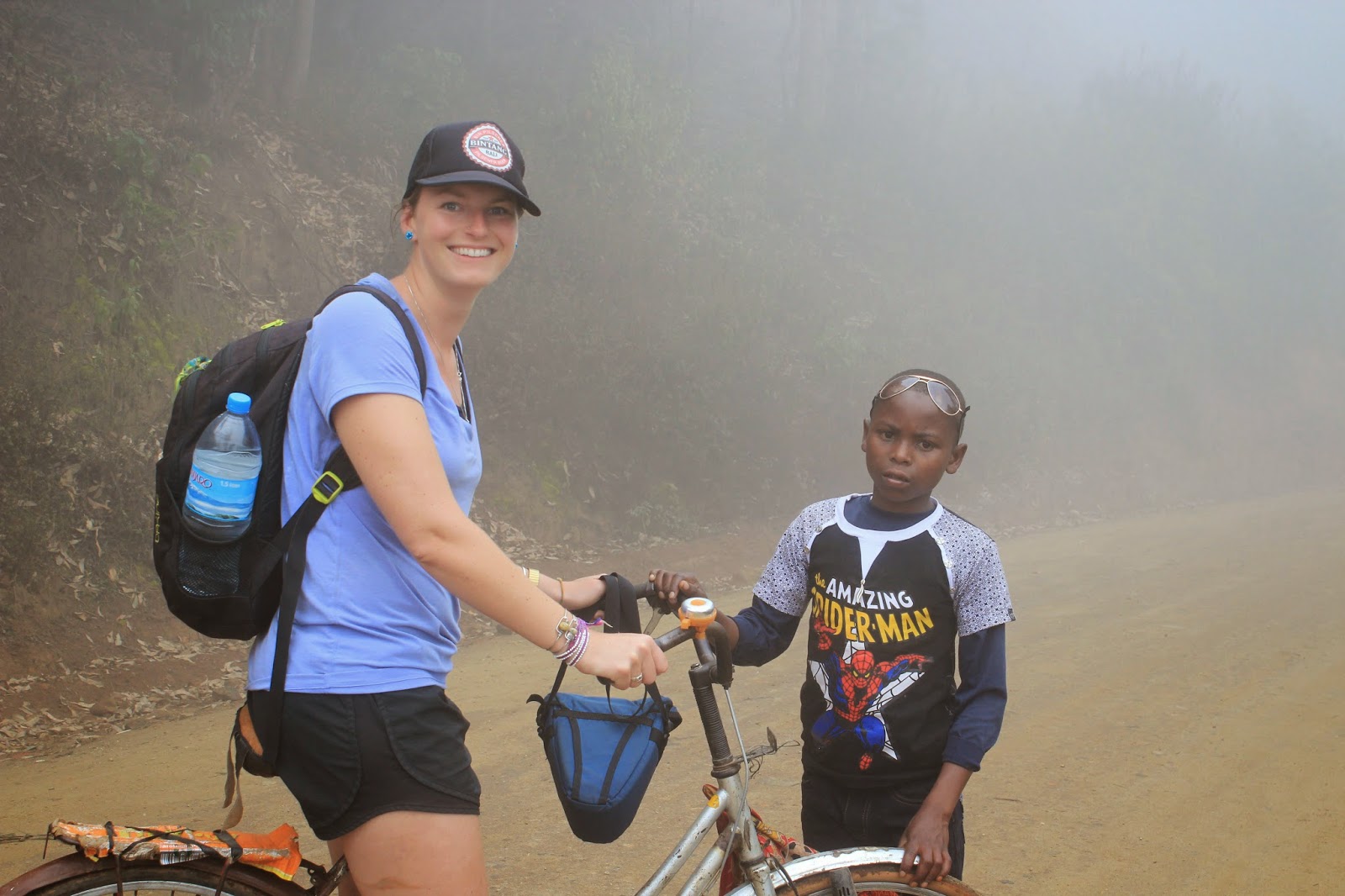 The third morning we woke up to fog and rain. We were drenched by the afternoon and thankful that lunch was indoors at a village guest house. After lunch the rain stopped but the fog was thickening. In one village a boy with a Spiderman shirt biked past us multiple times waving, I think he was trying to show off. After I helped him rescue his bike from going over the edge I took a cruise myself. No breaks and only one foot peddle but it worked like a charm. 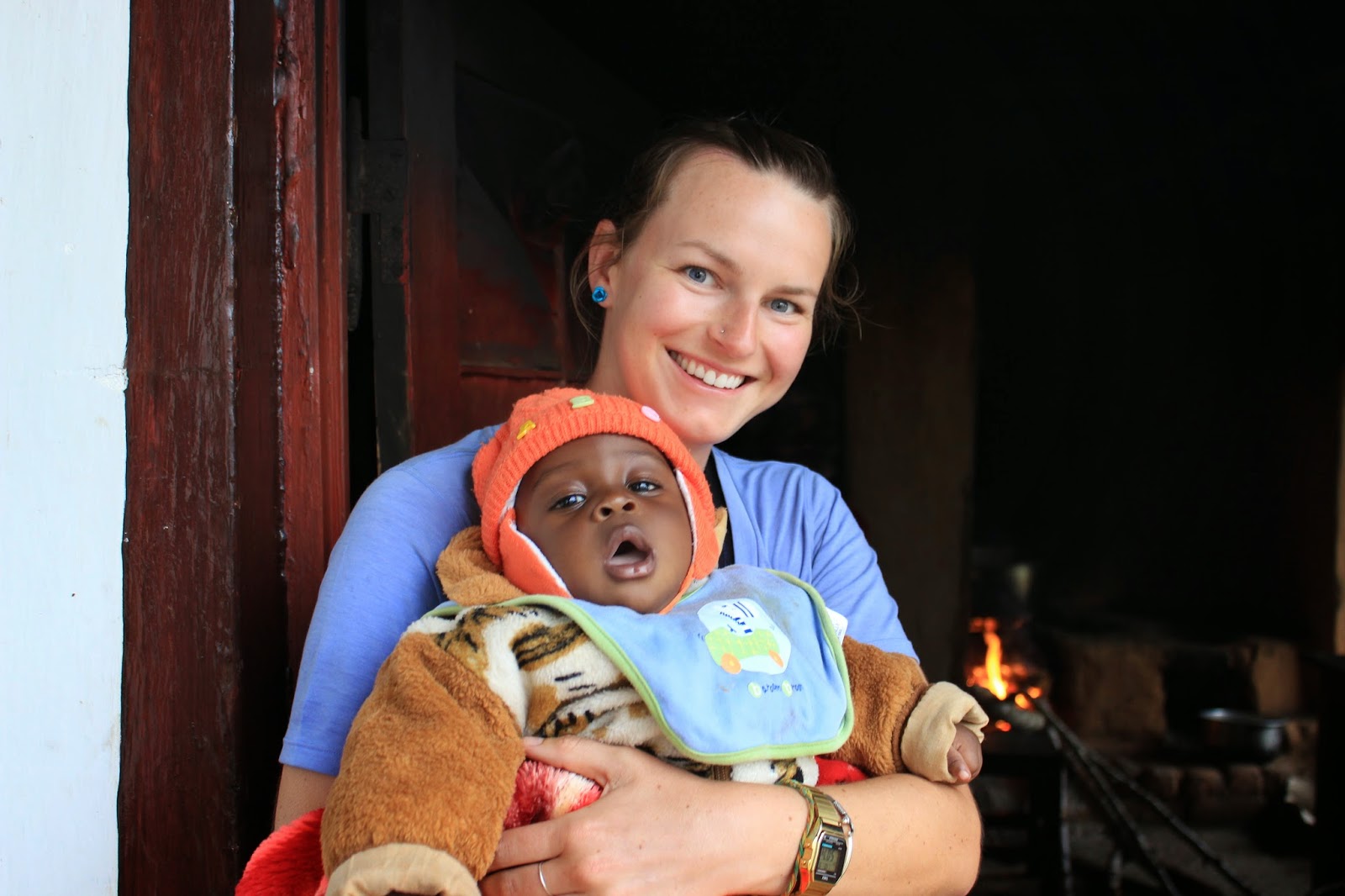 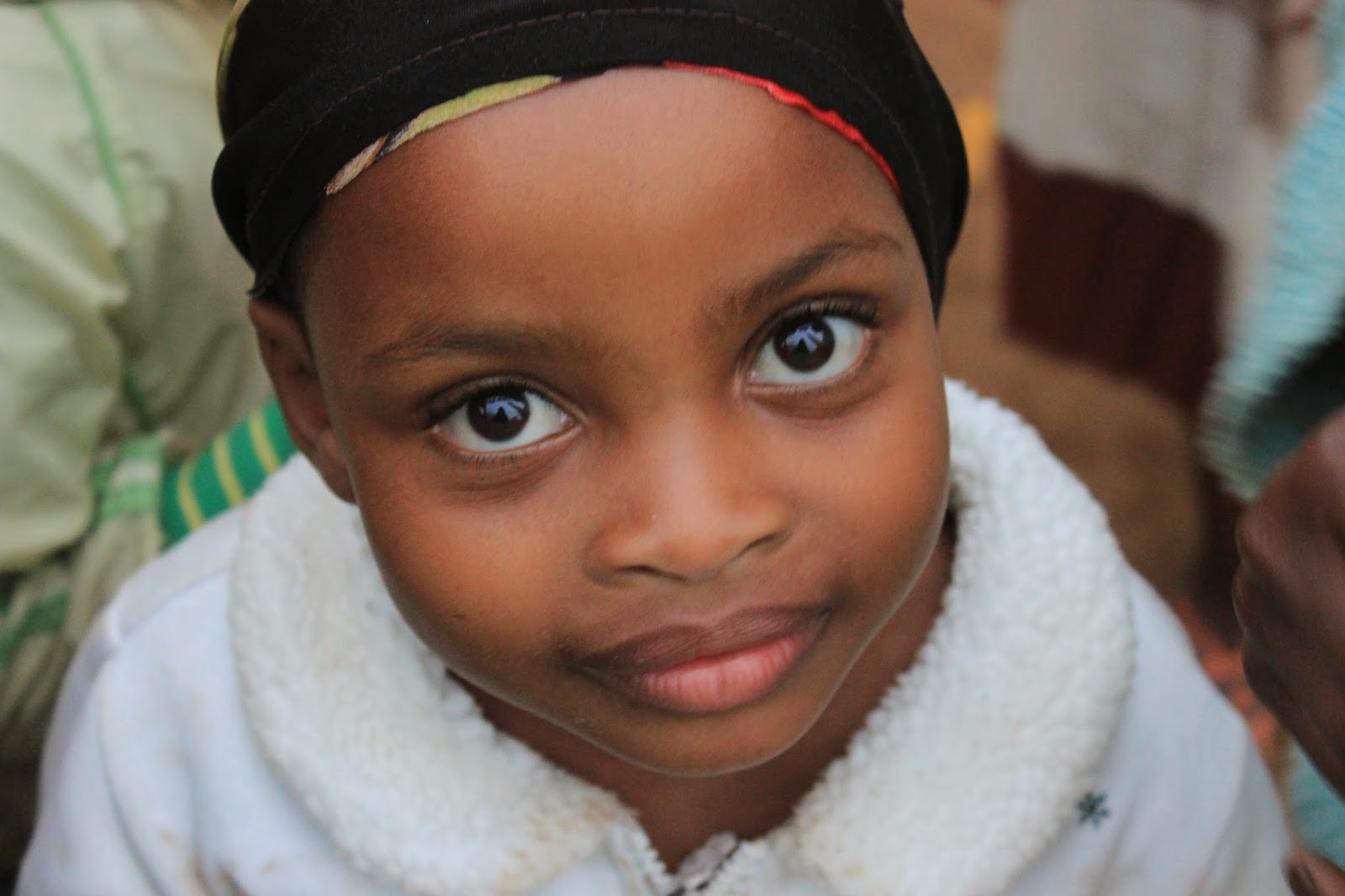 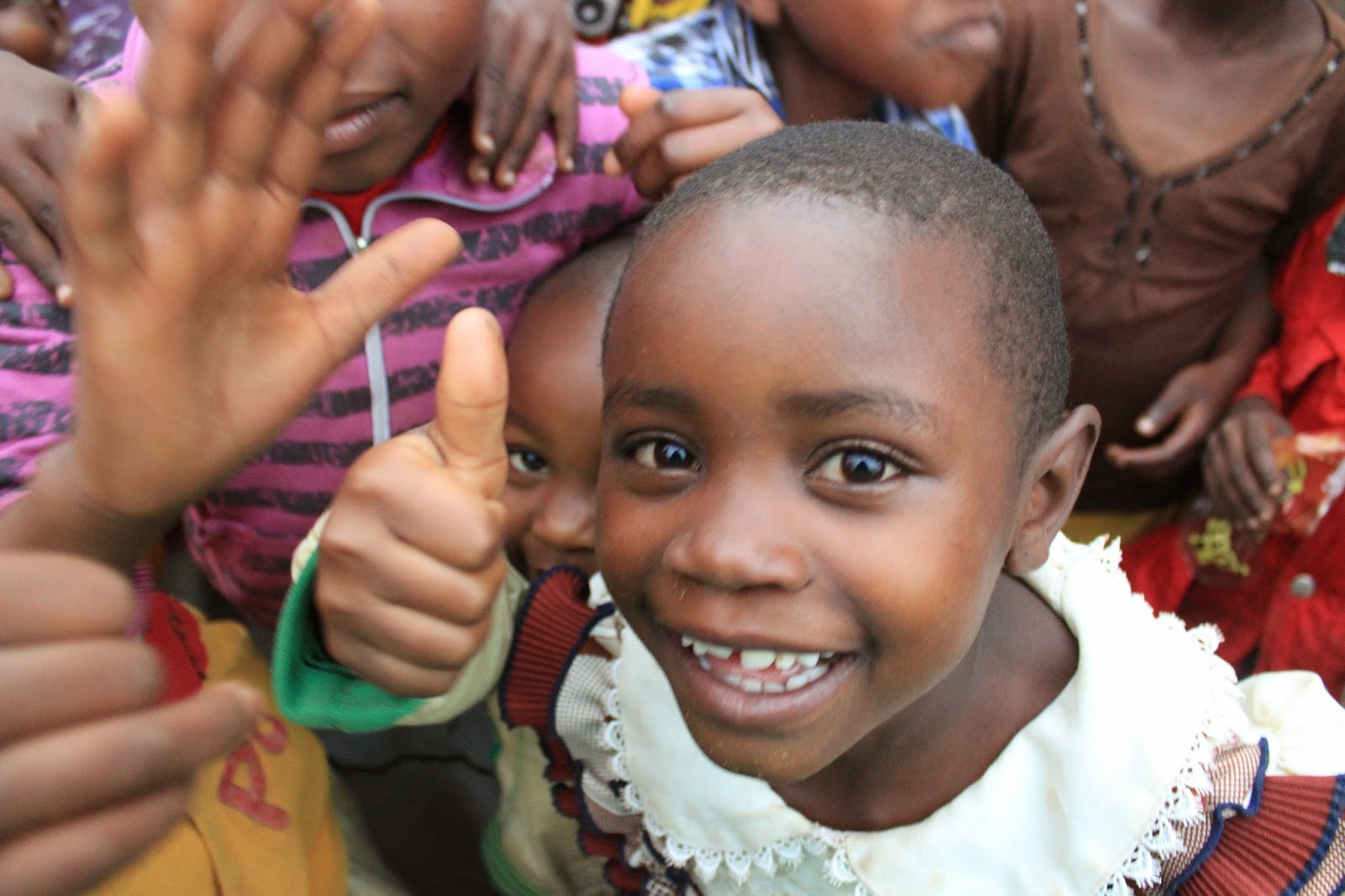 Mtea, we made it! Mtea is suppose to have a beautiful view and sunset but we were fogged in. We were lucky to see fifty feet in front of us. Hamisi, my mom and I stayed at a local place at the end of town. I don't know exactly what it was but it had two large rooms and five beds in each room. My mom and I were in one room and Hamisi was in the other. There was no electricity but the women who welcomed us in boiled hot water for showers. While she tended to the water over a hot fire in a small room I held her baby. As I walked back and forth on the porch with the baby the crowds of children started to gather. After I had photographed all dozen children my mom and I met up with Mike, Gil and Zavi for drinks before dinner.

*Hamisi is a Usambara Mountain guide for The Community Care and Friendship Association (COCAFA). He was a 25 year old Muslim man who grew up in Lushoto and spent his childhood running around the mountains. Once he graduated from secondary school (high school) he took a trekking guide course. On October 9, 2014 (two days after our tour) he got married! We absolutely adored him.