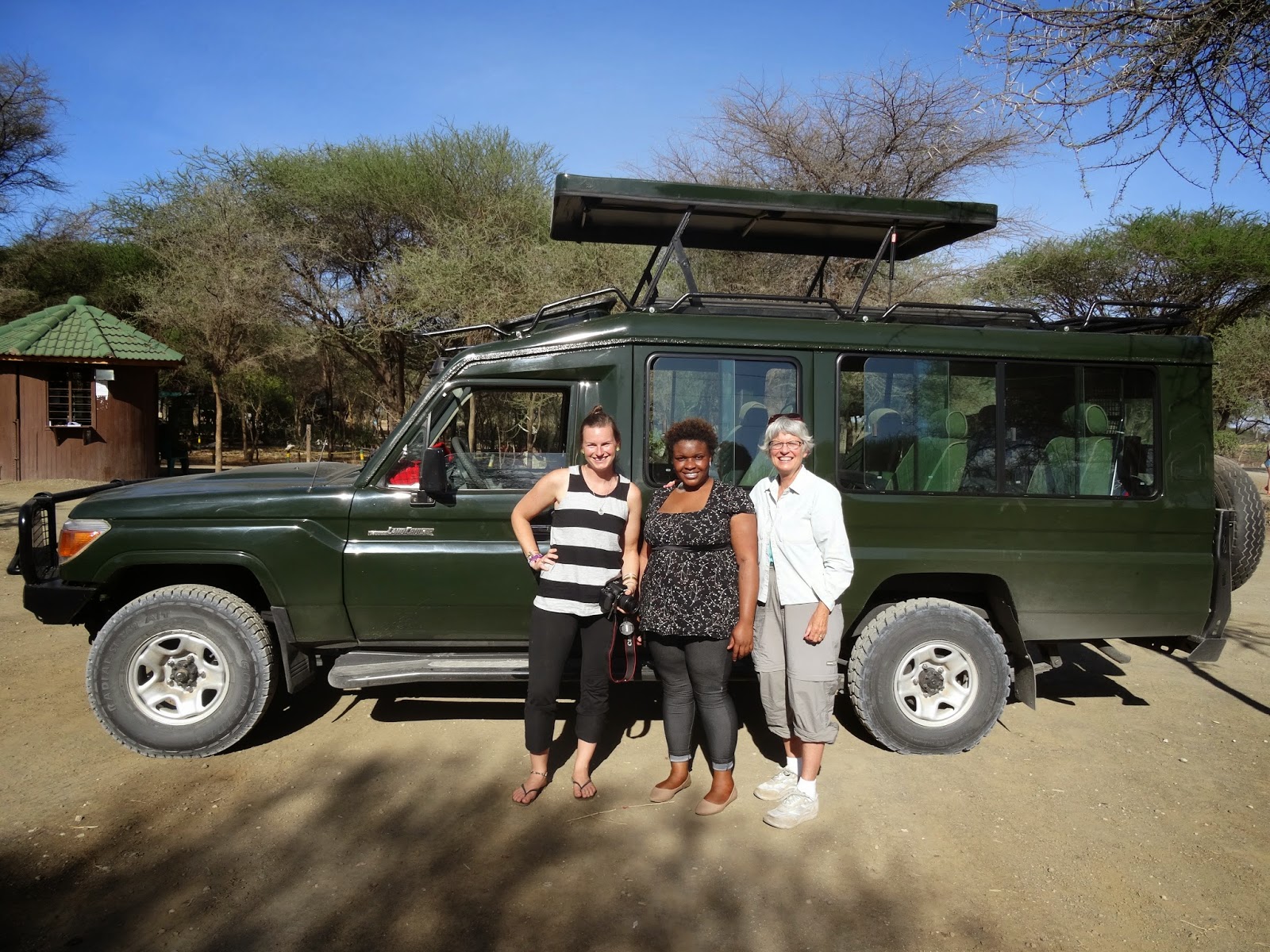 Ruth's sister and her husband recently bought a Land Cruiser 4 x 4 safari truck and opened Manhattan Adventures. We were their first safari costumers. The night before leaving we met William, our Safari guide, and organized the details of our two day trip to Tarangire and Lake Manyara National Park. 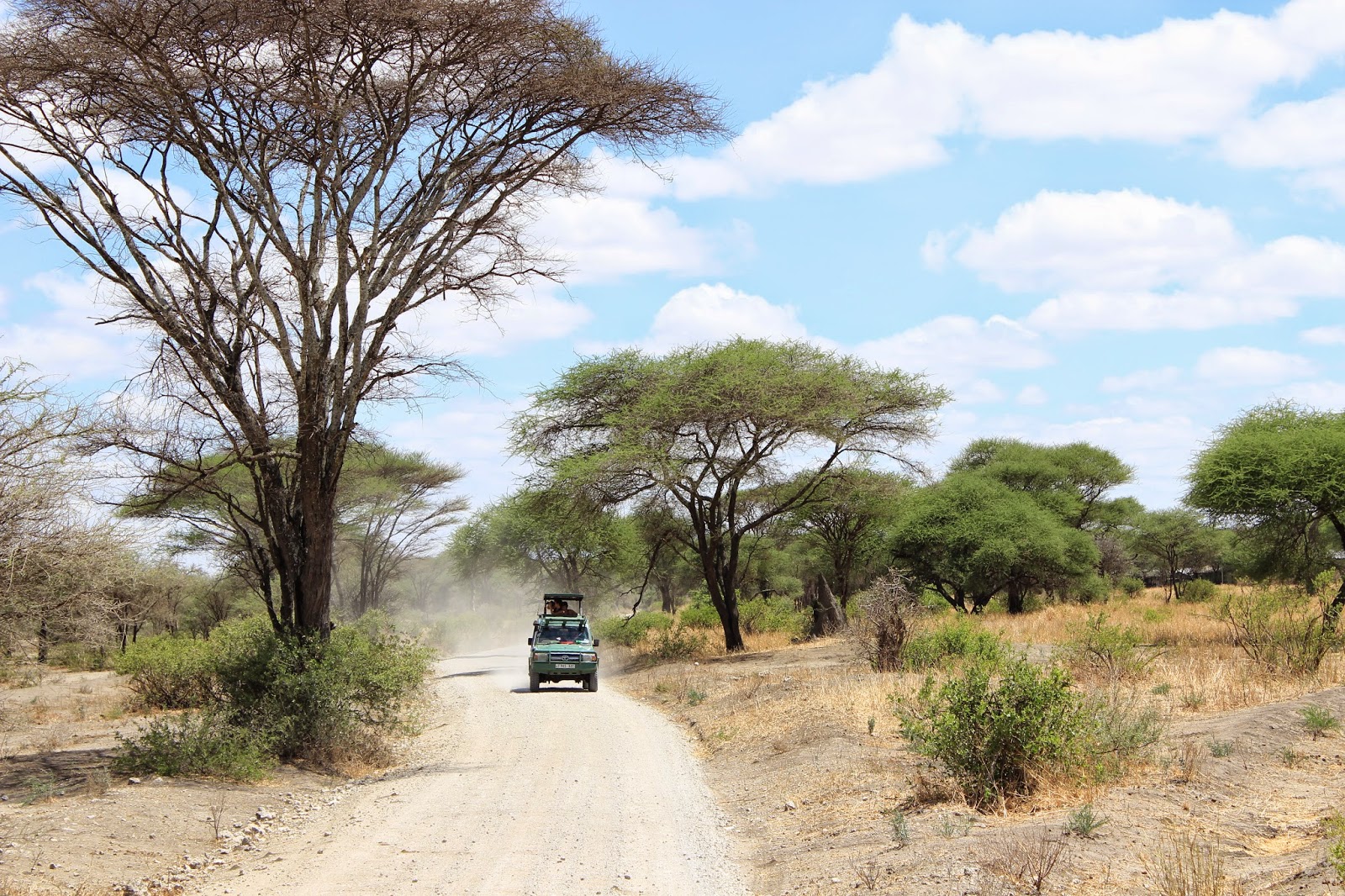 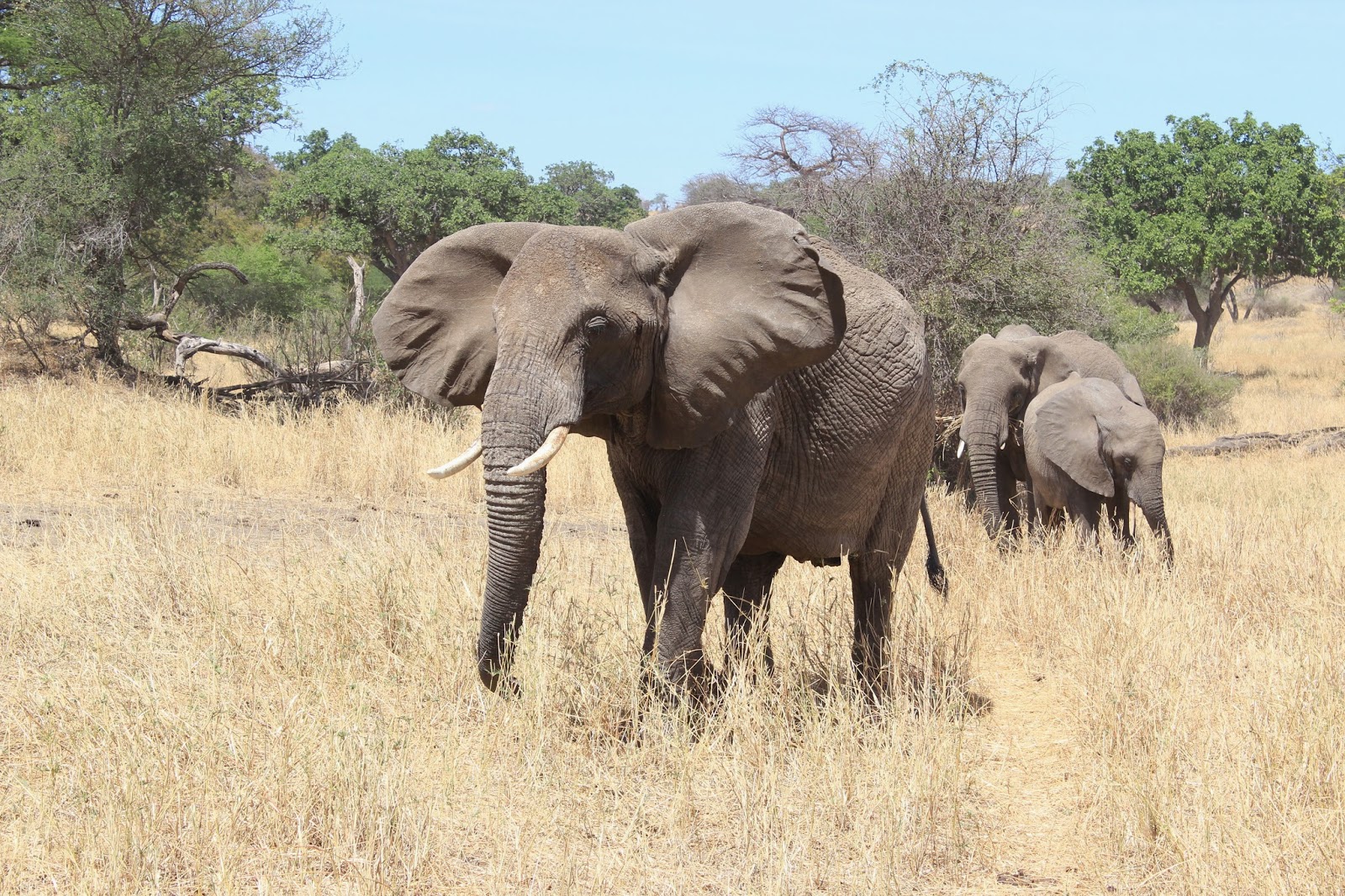 William picked Ruth, my mom and I up in the safari truck at Spice and Herbs and we drove about two hours west to the game park, Tarangire. After paying a small fortune and popping the safari truck top we were inside the gates searching for wildlife. I'll never forget the feeling of seeing an elephant for the first time. They were little specs on the horizon and I thought it was the most amazing thing ever as I whipped out the binoculars to see them. Little did I know a few minutes later we would be next to multiple herds within feet from the truck. Tarangire is known for their elephants and it did not disappoint. There were herds everywhere huddled under trees hiding from the sun. For a little TMI action watching an elephant pee was like a fire hose shooting out water - I can't believe how much water they must drink a day. 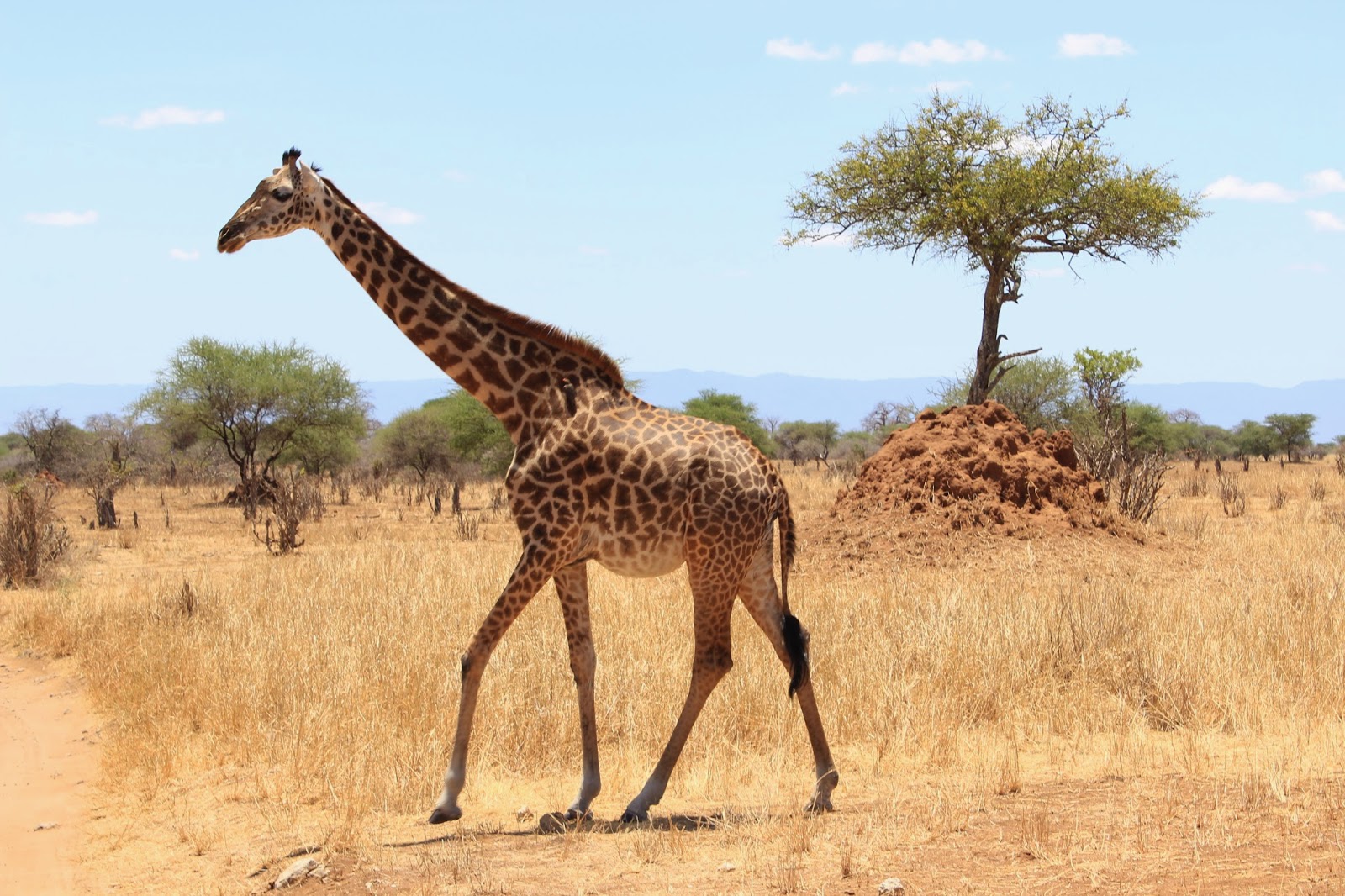 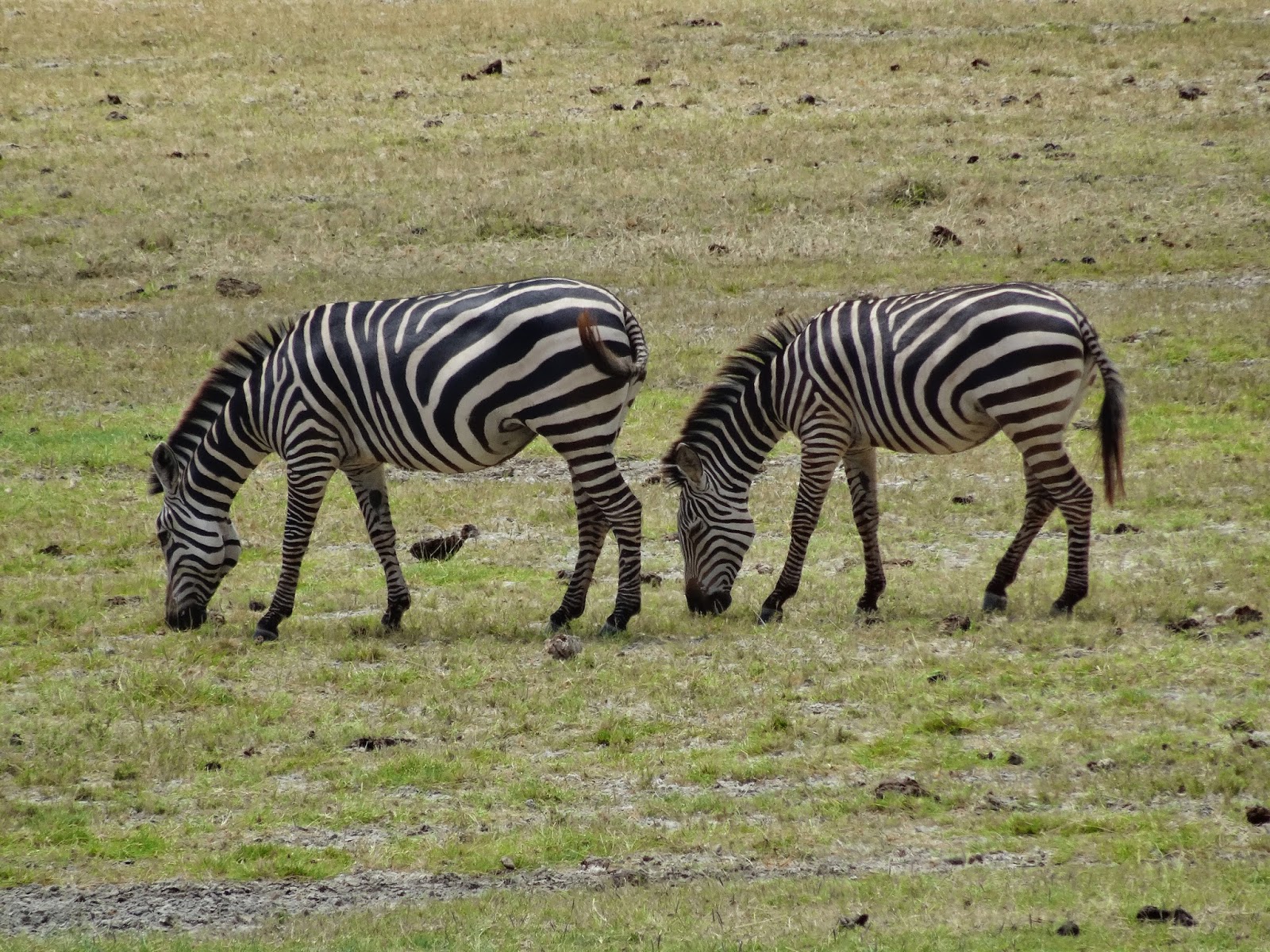 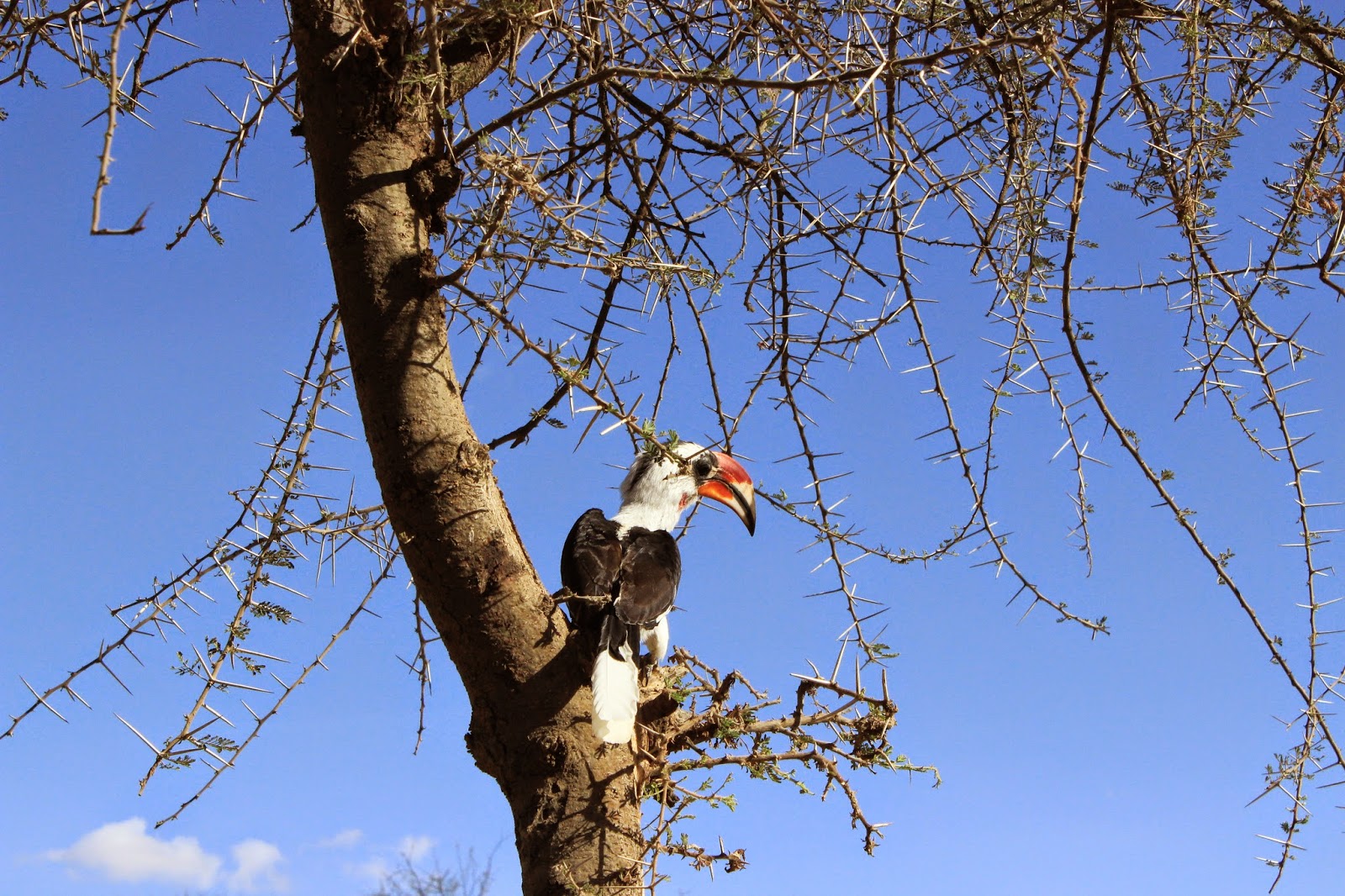 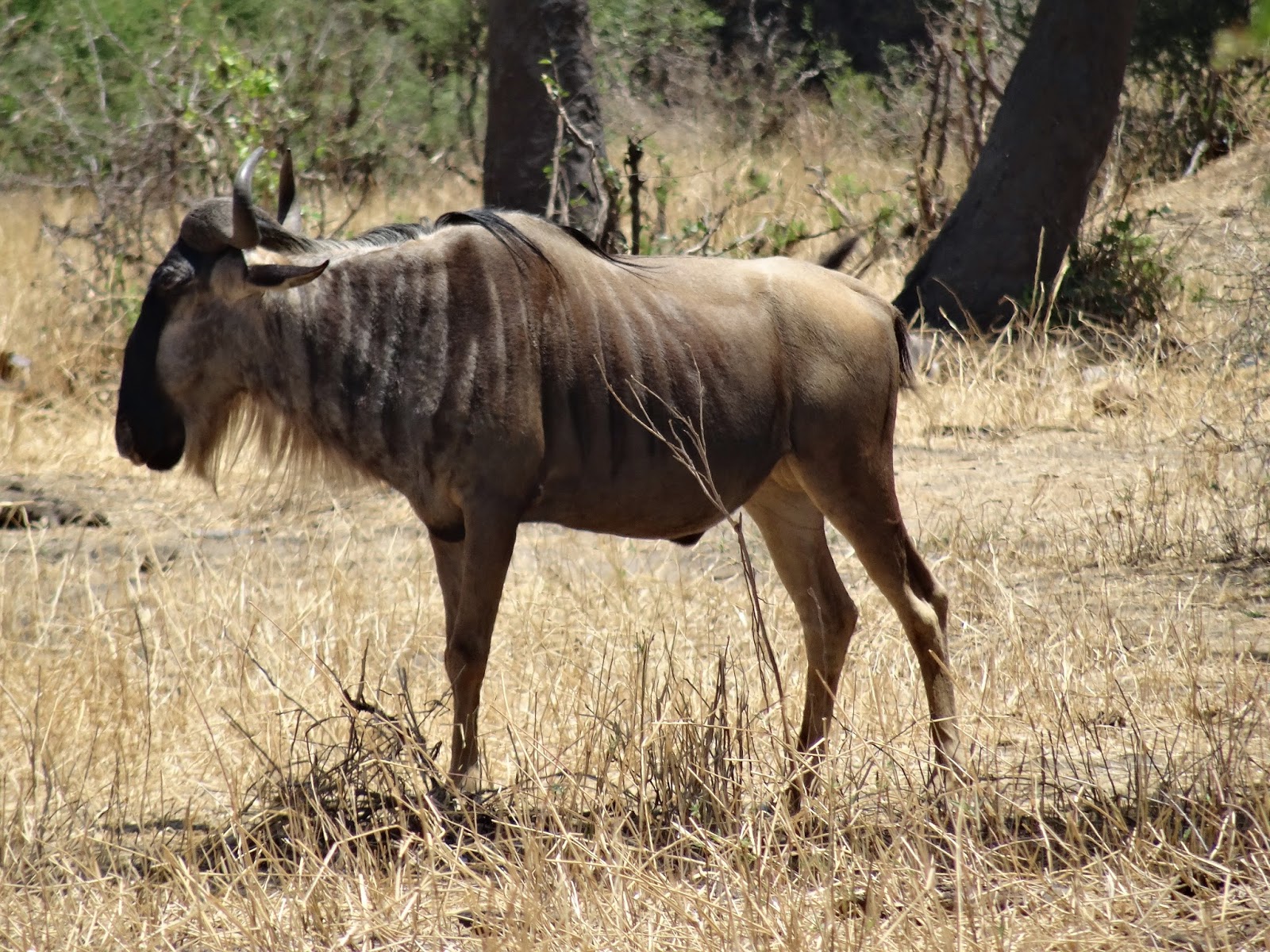 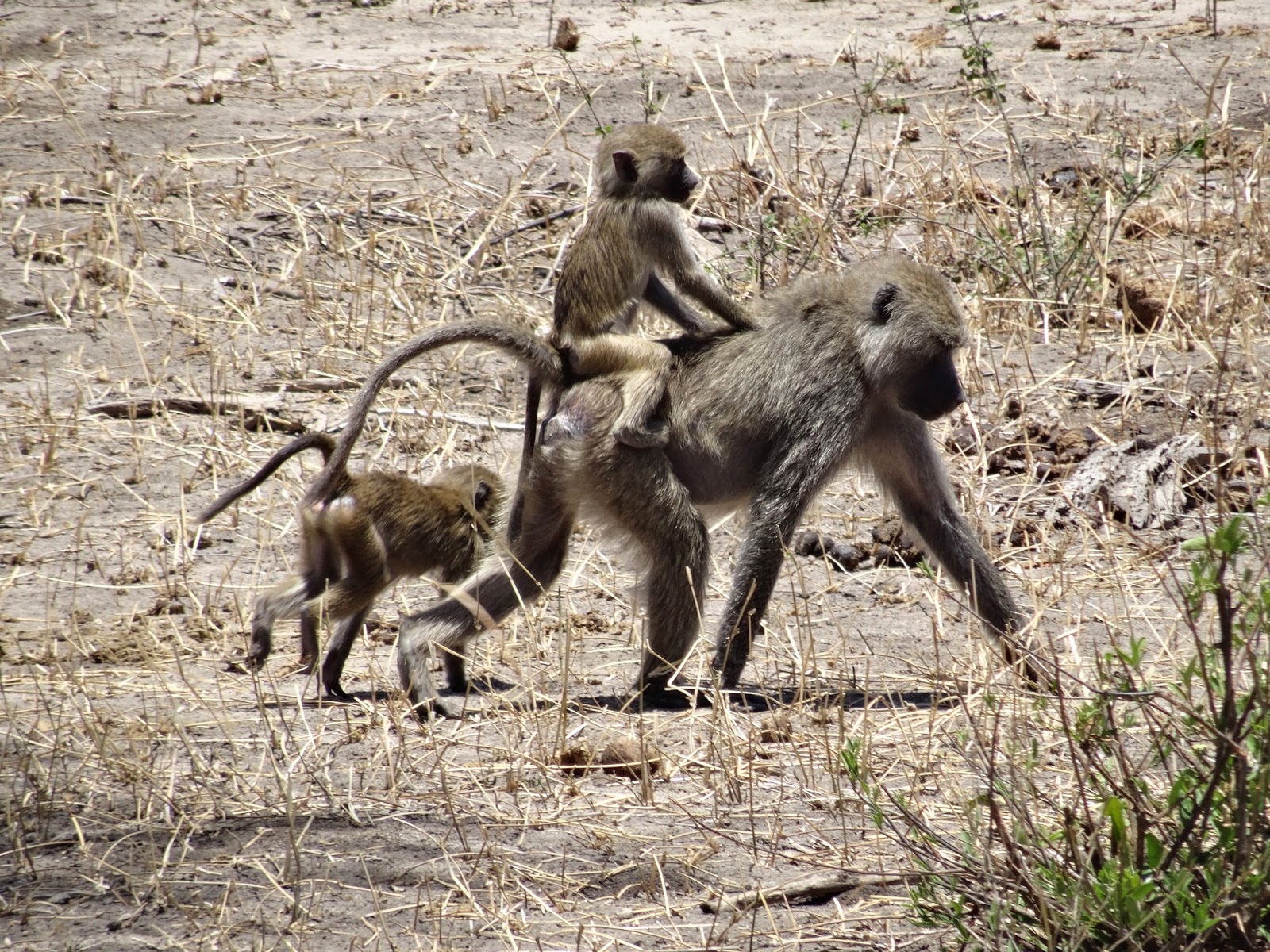 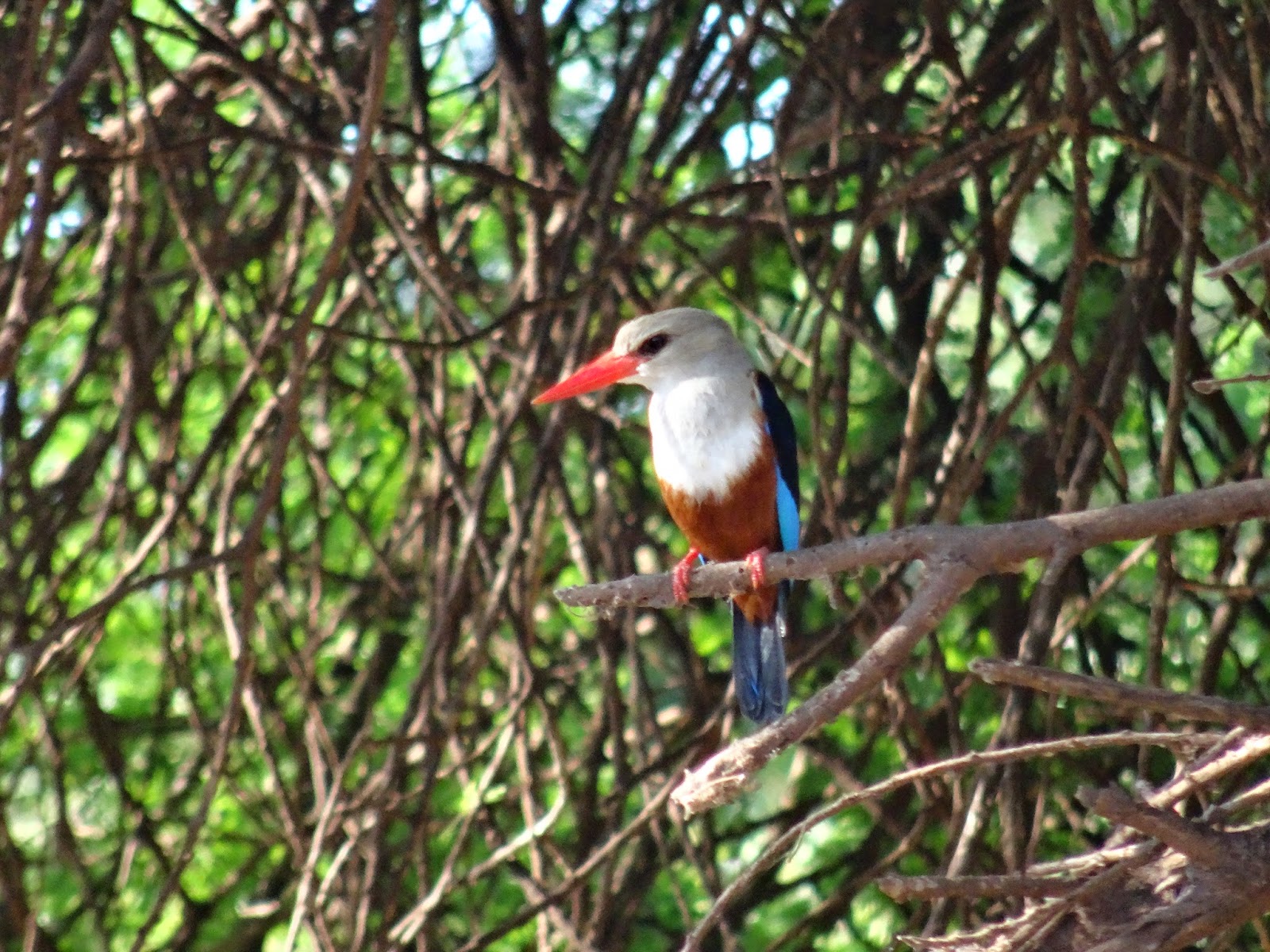 After the elephants we saw zebras, wildebeests, ostriches, sleeping mama lion with two cubs, baboons, velvet monkeys, impalas, giraffes and so many colorful birds. I think the wildebeests took the prize for the most unique animal of the day. I didn't think much of wildebeests before the safari but during the day I started to love them. There was something about the way they moved that was awesome.

All safari guides pick up premade lunches before entering the park and after a morning game drive we drove to a picnic area in the park. I walked over to a picnic table near another group and opened my lunch box. A near by baboon decided he wanted my lunch and bolted towards me. A huge baboon running at me was one of the scariest moments, I saw my face being ripped off. I screamed and jumped up on the bench until another guide finally scared off the hungry monkey who was on my table at that point. Phew, my cucumber sandwich was saved! I now hate baboons.

After a successful first day seeing wild animals in their natural habitat we drove up and over the Rift Vally to Karatu, a town outside of Ngorongoro Crater. We stayed the night at budget friendly Ngorongoro Safari Resort.

Lake Manyara National Park is along the Rift Valley and since there is water there was a dense green forest unlike Tarangire which was a desert. With another hefty national park fee we were in the gates. If you are going to the national parks in Tanzania you should bring buckets of money and make sure it's in US dollar (a few of the smaller parks do except credit card, oh how accommodating). Tanzania doesn't like their own currency when it comes to ripping off the tourist. Just an FYI. 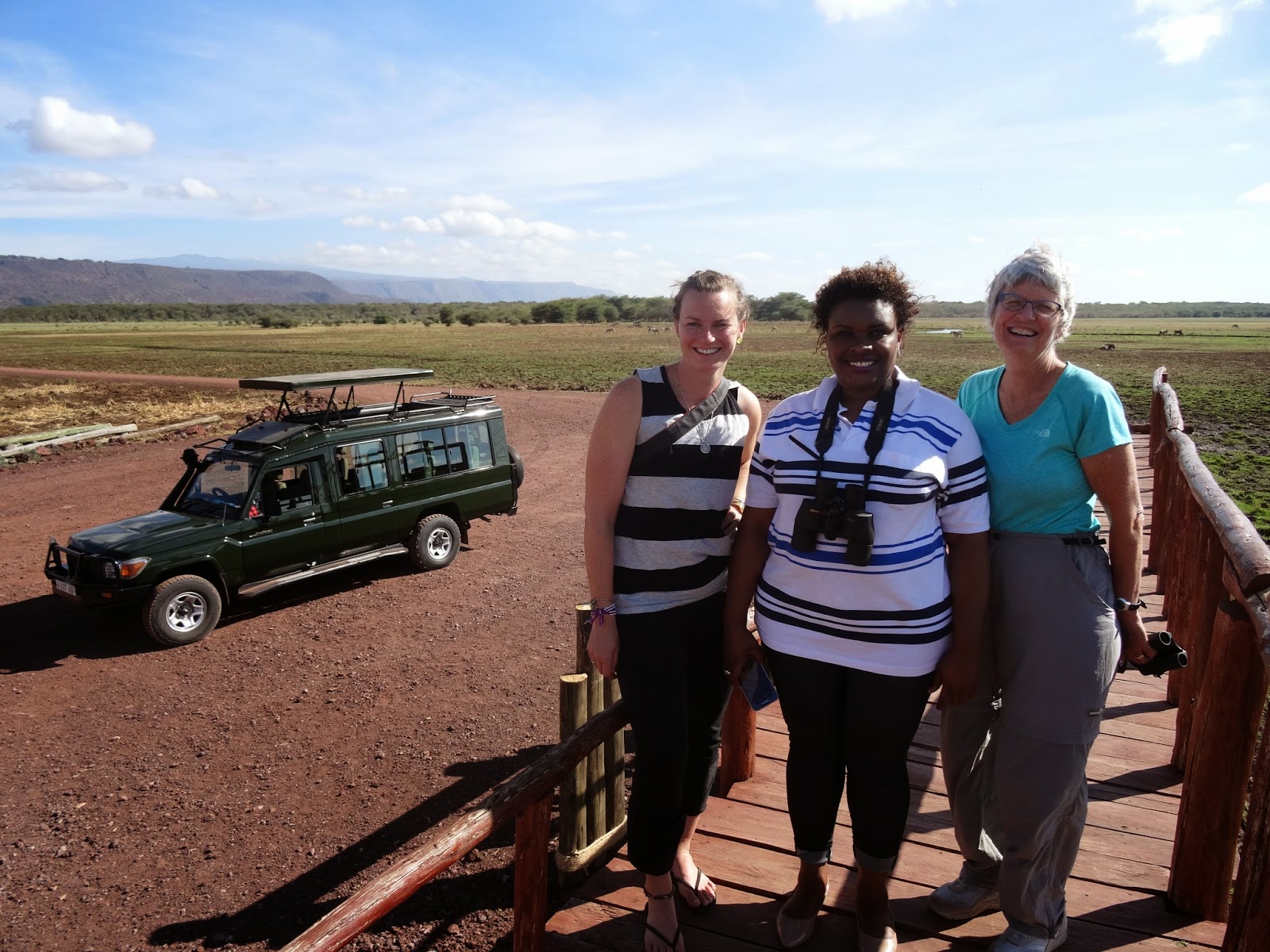 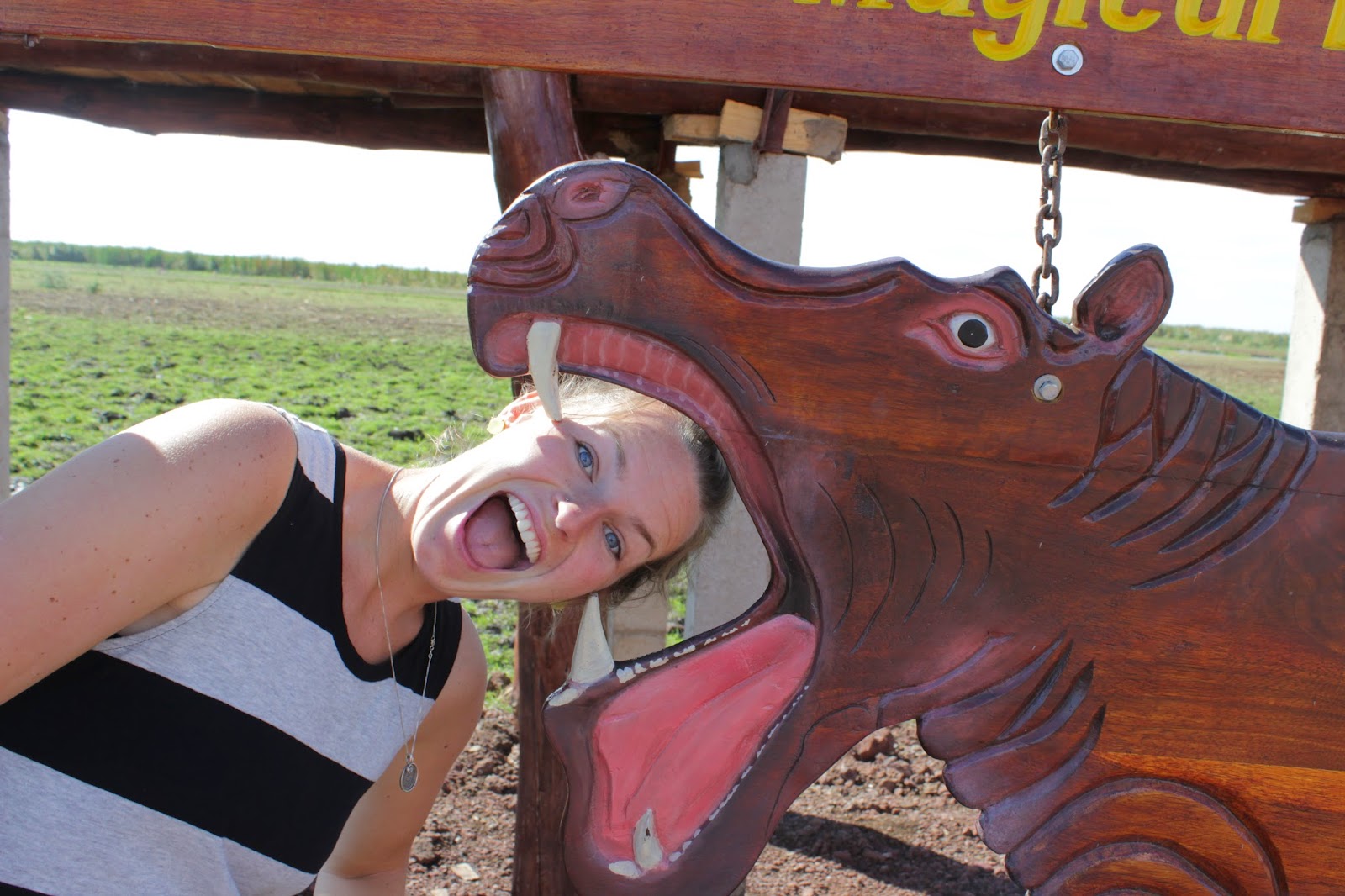 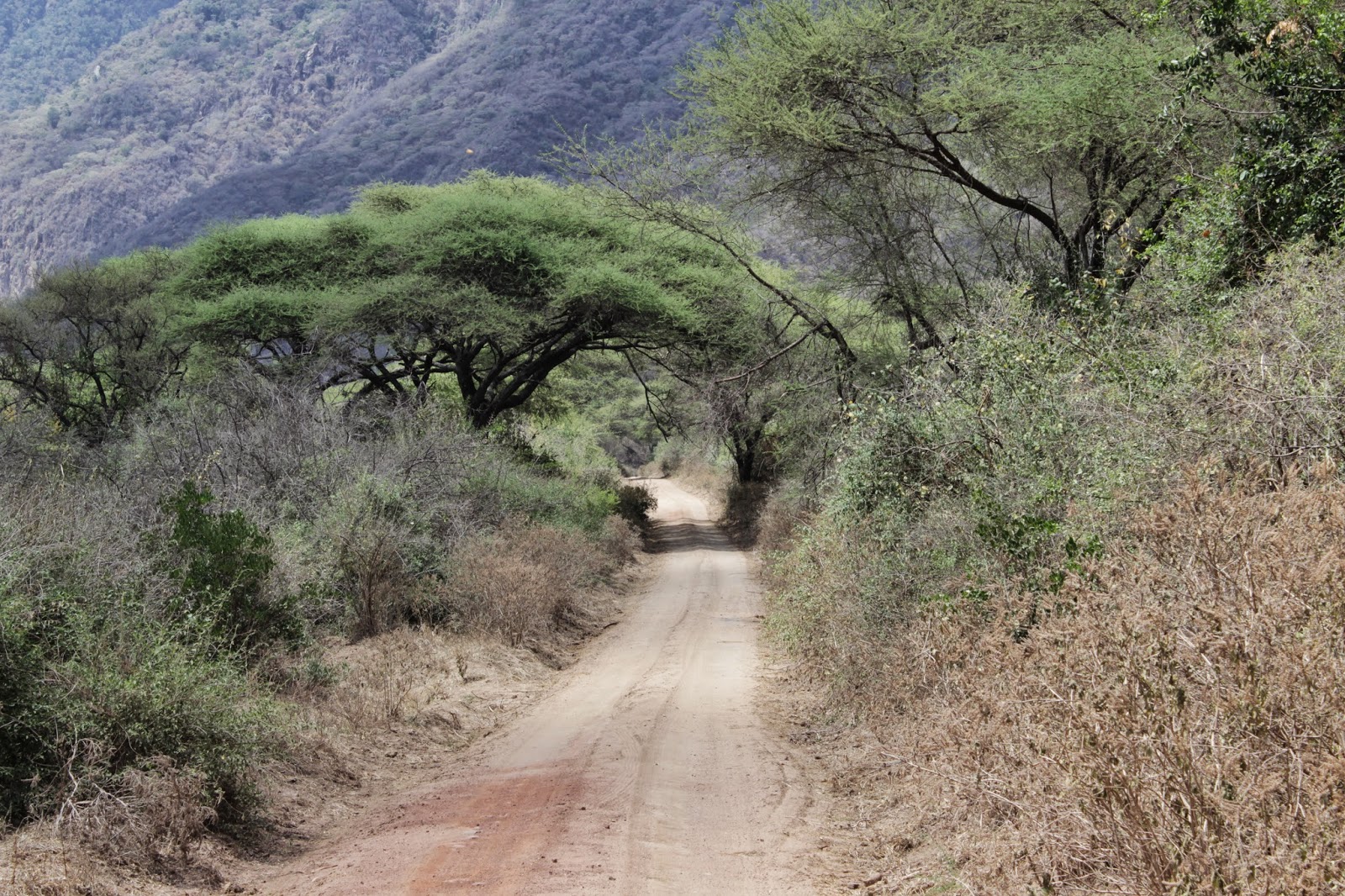 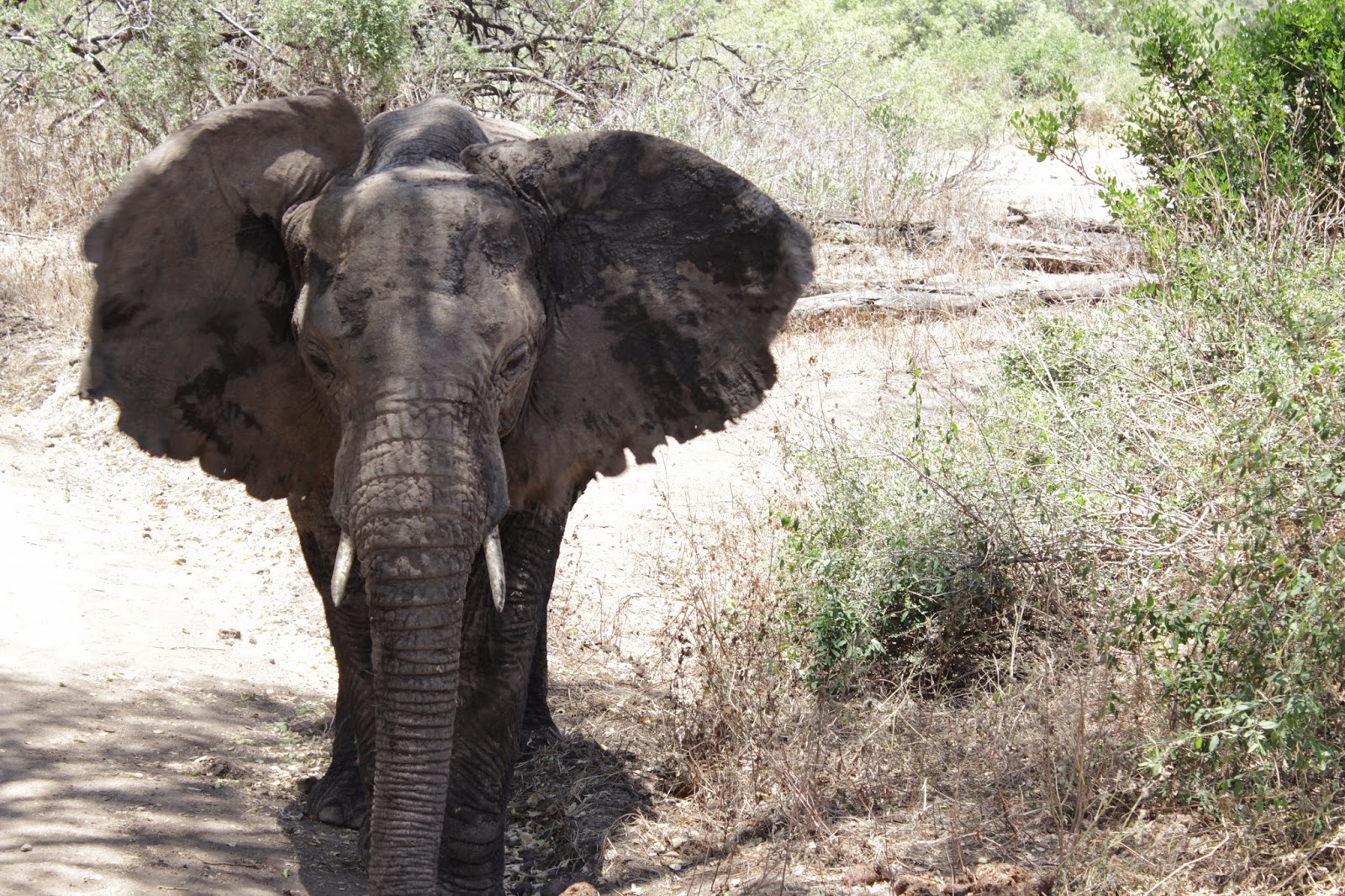 There were definitely less animals at Lake Manyara but we did get to see hippo ears and flamingos, adding to our wildlife safari list. On our way out of the national park we bumped into a heard of elephants with the biggest elephants yet! We learned that African elephants got their name because the silhouette of their body looks like Africa #truefact. 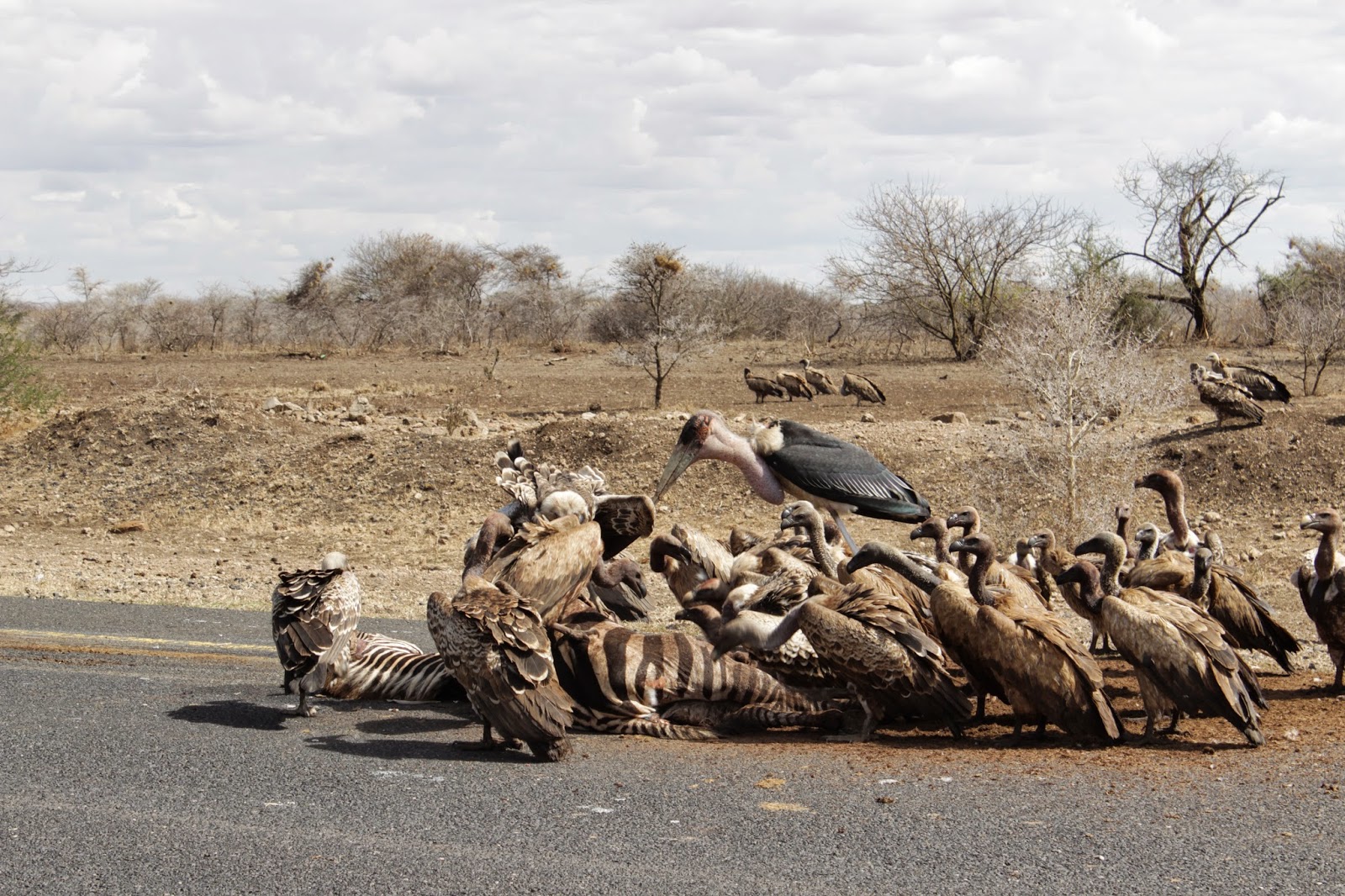 To round out our safari trip we saw zebra road kill on the way back to Arusha. We were always wondering why the animals didn't leave the national parks. This is why.