After the 6:00am breakfast call time, we divided into small groups of six or seven and piled into Land Cruiser 4 x 4 trucks for a three day safari through Ngorongoro Crater and Serengeti National Park. There were six overlanders in my truck - Maria from Finland, Marissa from Canada, Esther from Switzerland, Ben and Maddie from Australia and our driver, Isaya. 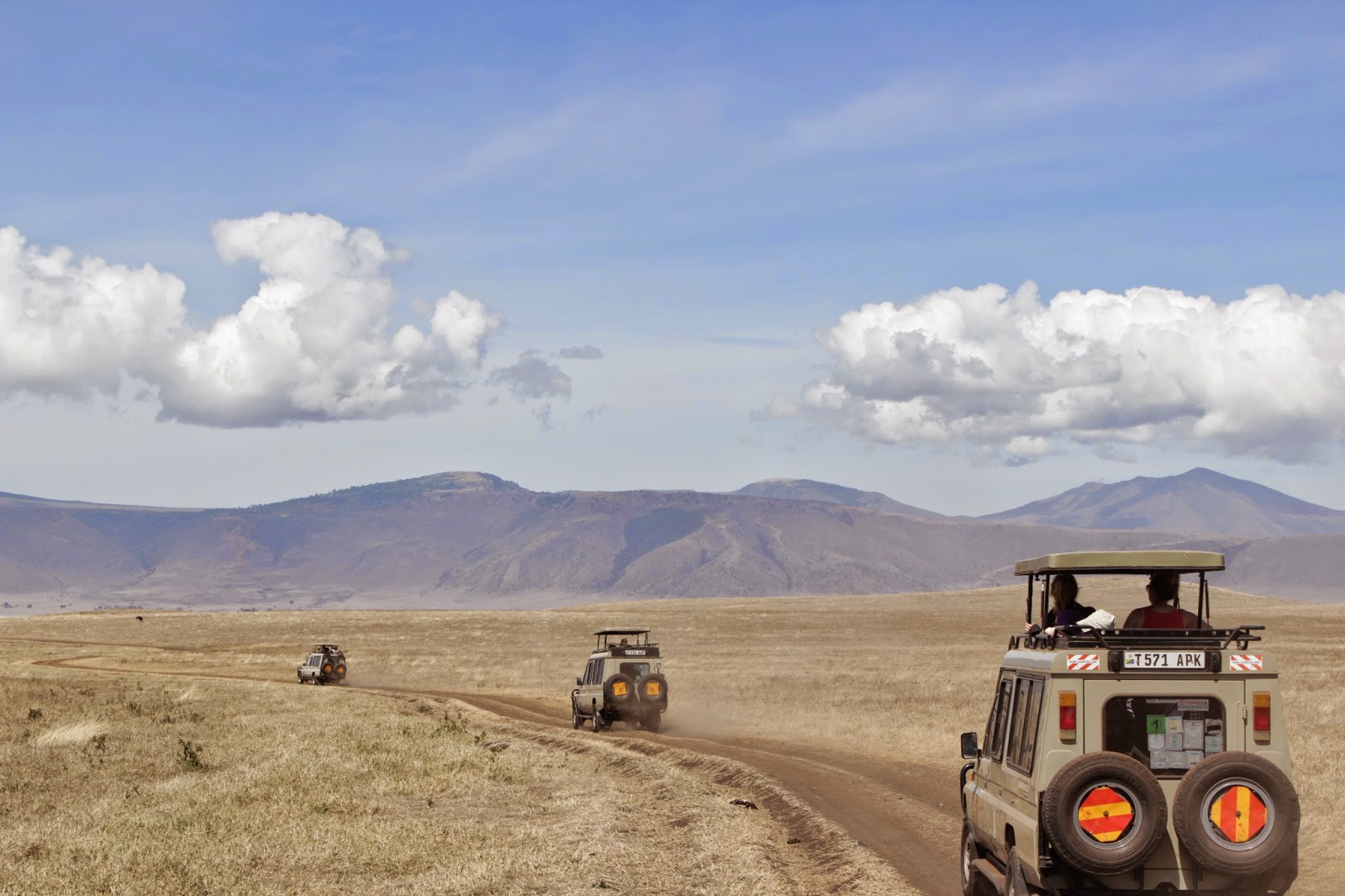 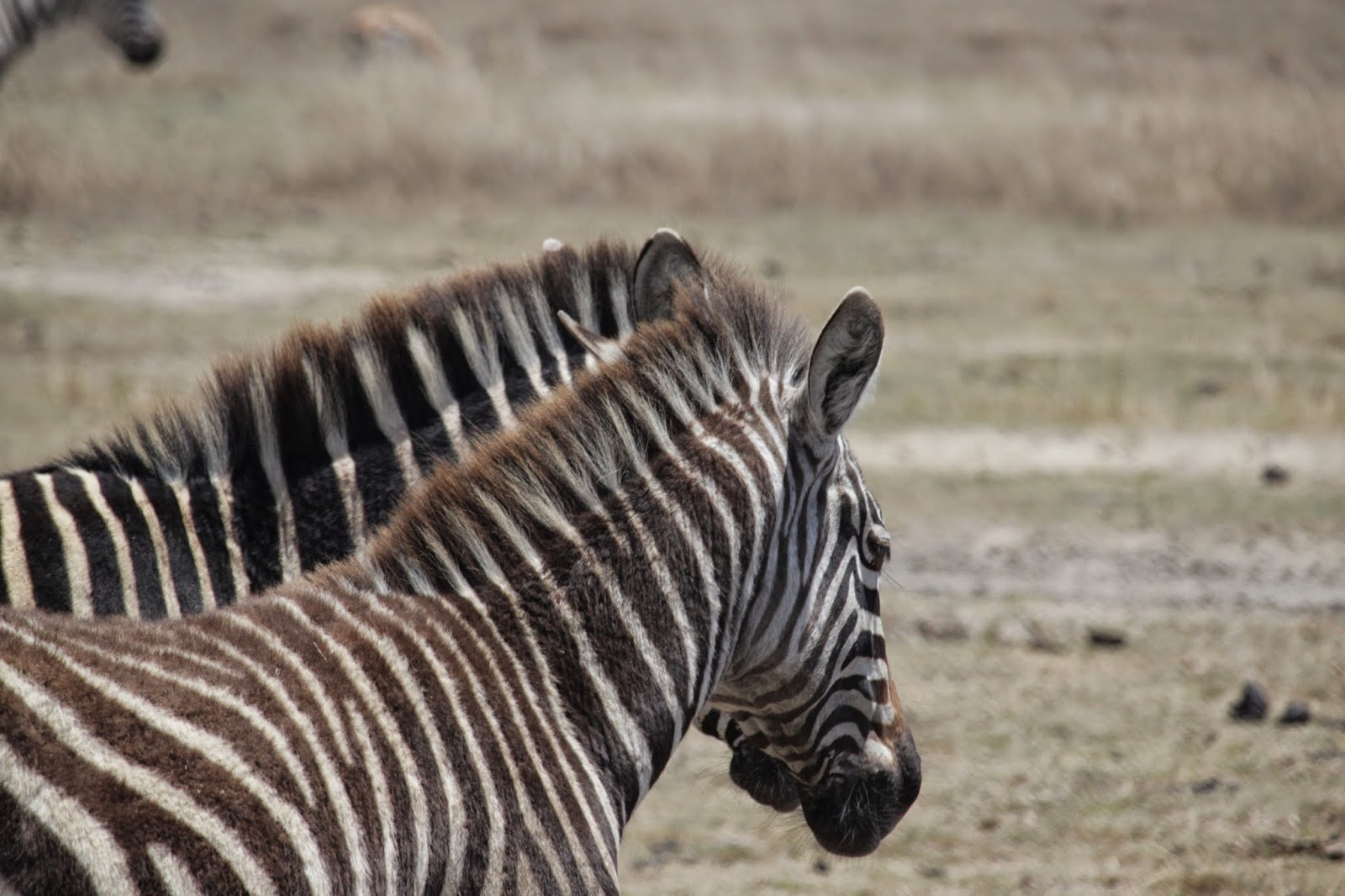 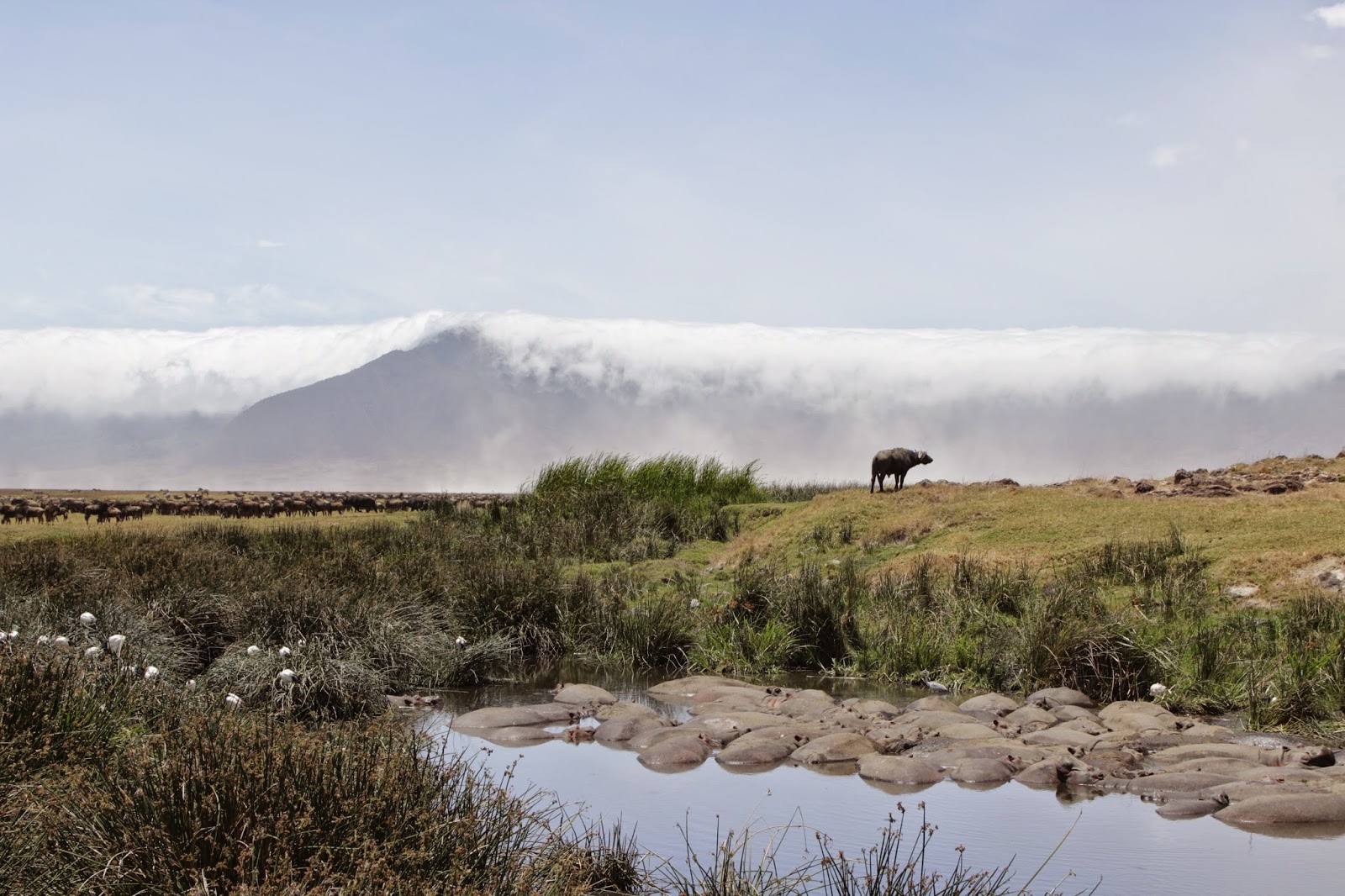 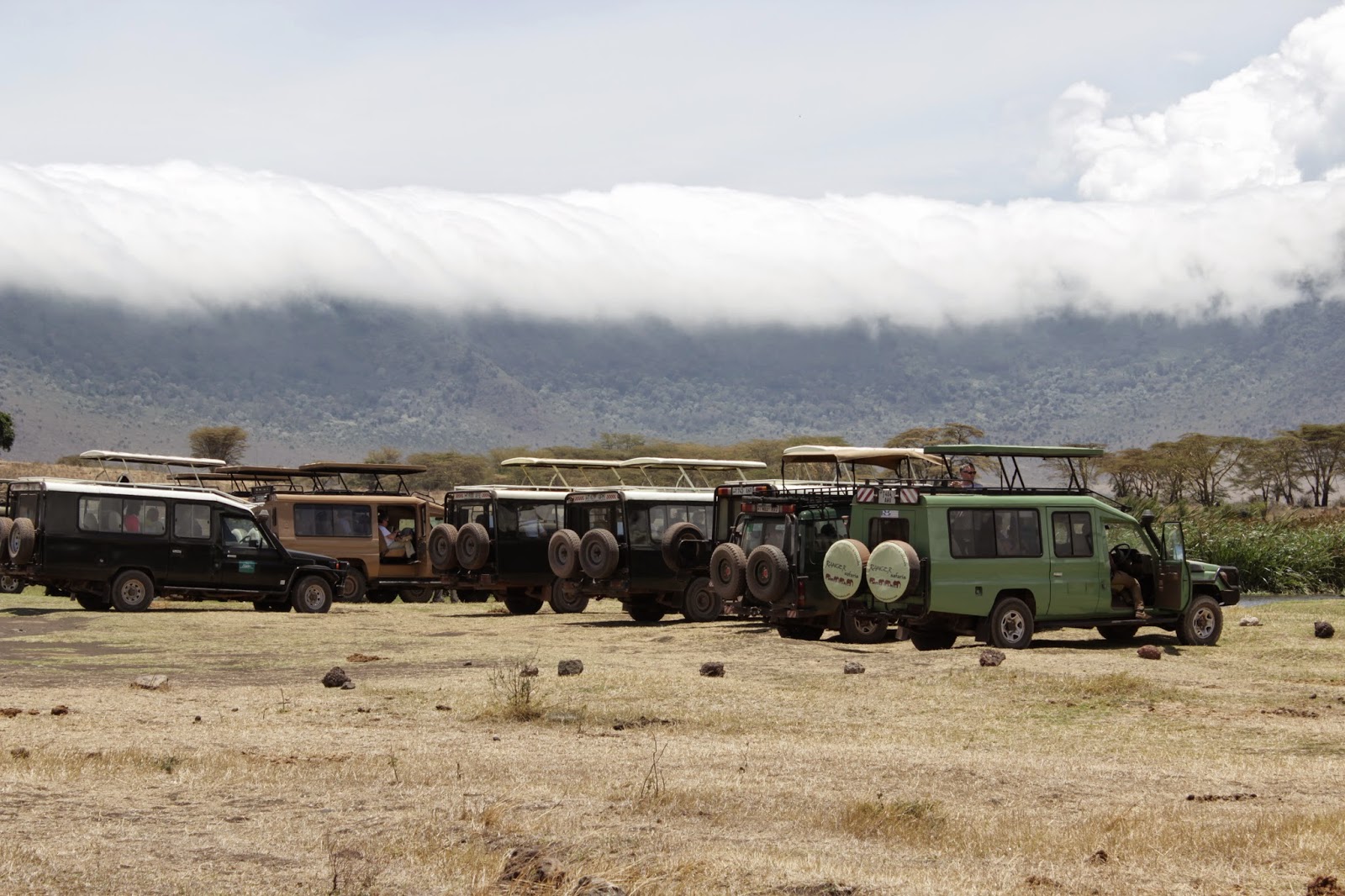 From Mtu Wa Mbu it was a short drive to Ngorongoro Crater. As we drove around the crater rim we all peered out the window at its greatness. We ascended into the crater and saw herds of wildebeest, zebras and buffalo. We saw a green mamba snake, a lioness with three cubs, a tiny spec of a rhino, hippos, ostriches, hyaenas and elephants at lunch. The landscape was stunning because the morning clouds lingered and draped over the crater rim. 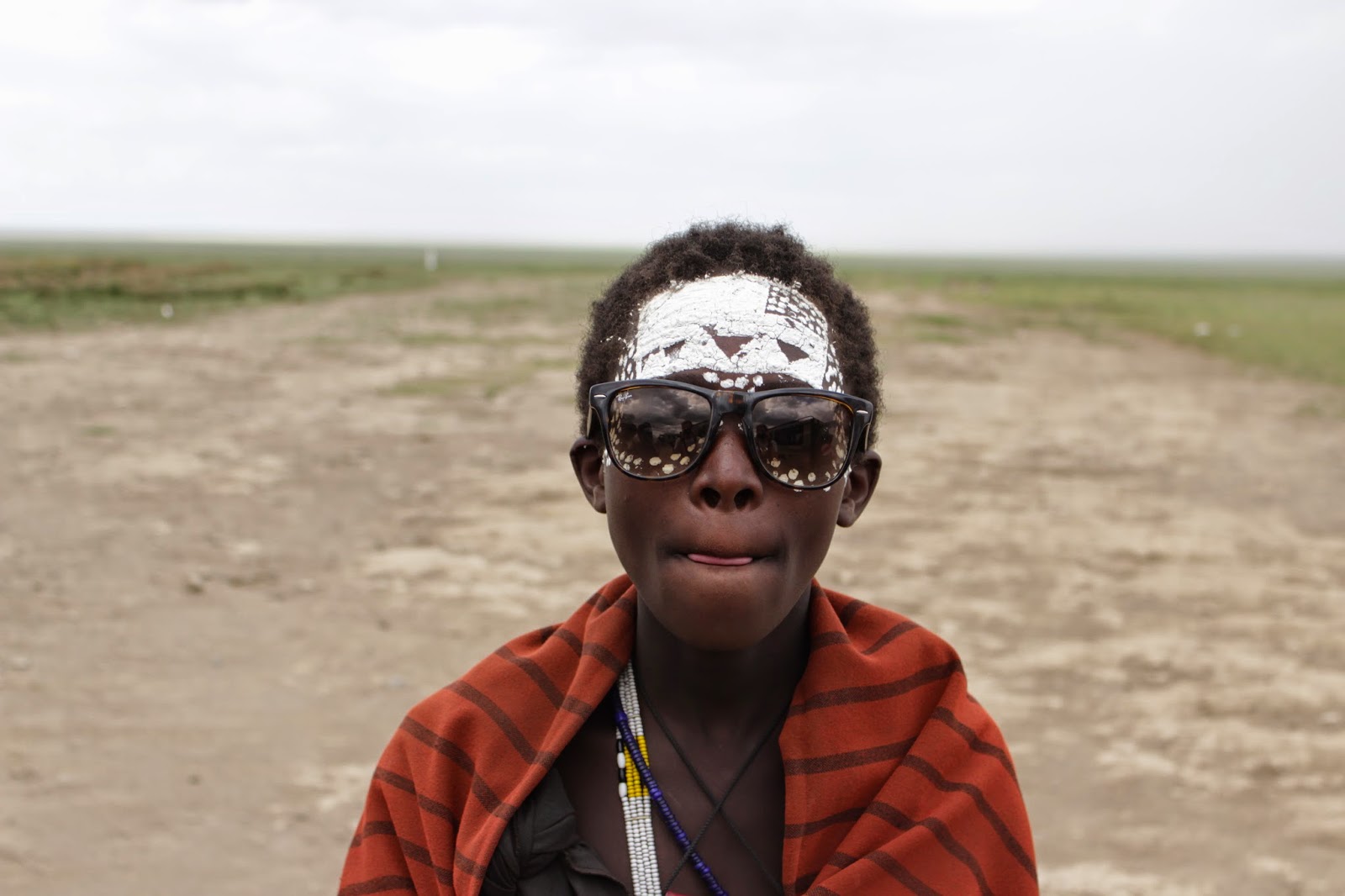 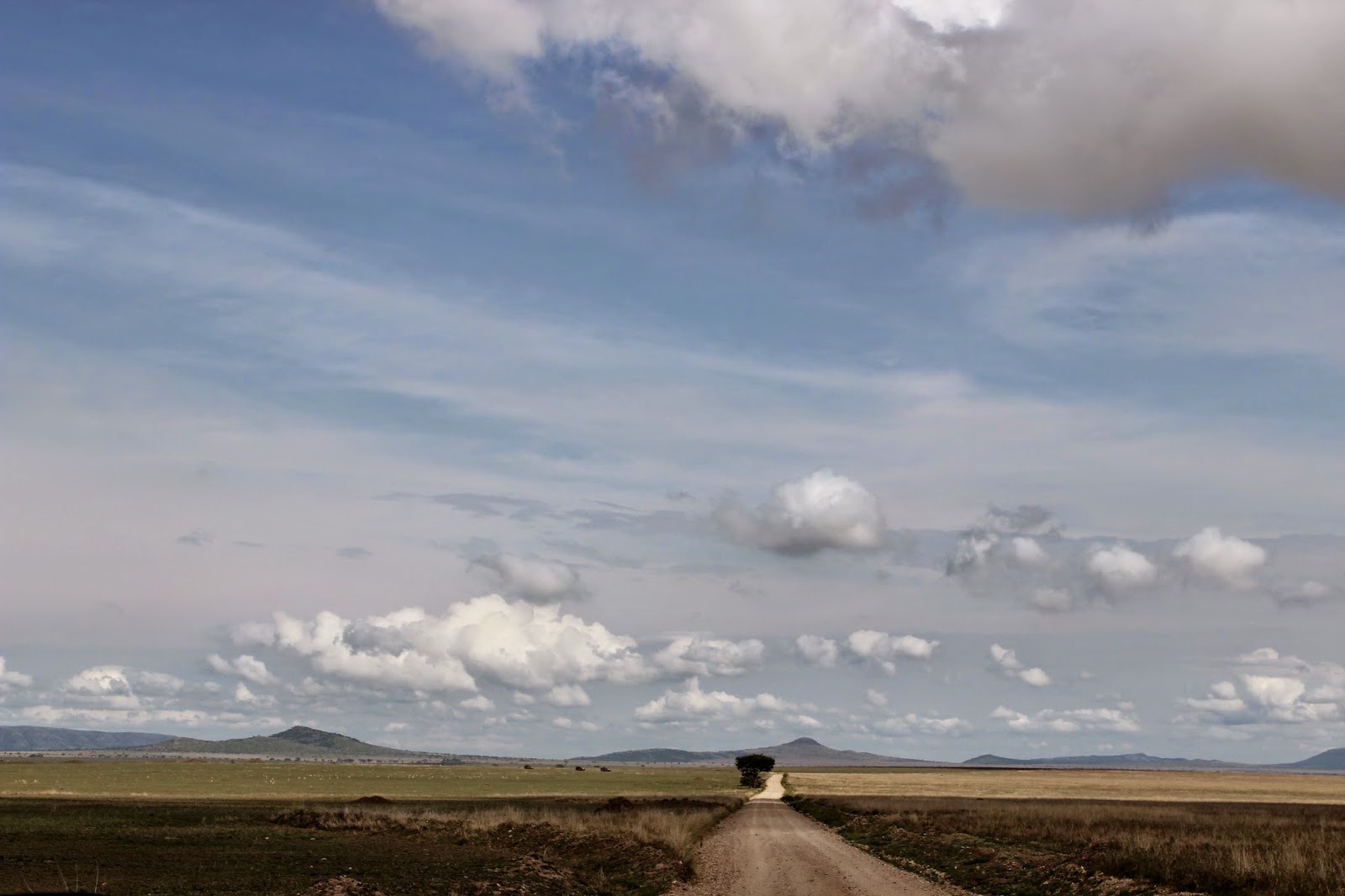 After lunch we drove two hours on a bumpy dirt road to Serengeti National Park for an afternoon game drive. For a road that thousands of people drive on everyday I don't know why it's not paved. It was the bumpiest road I have been on. Another country massage to add to the books. 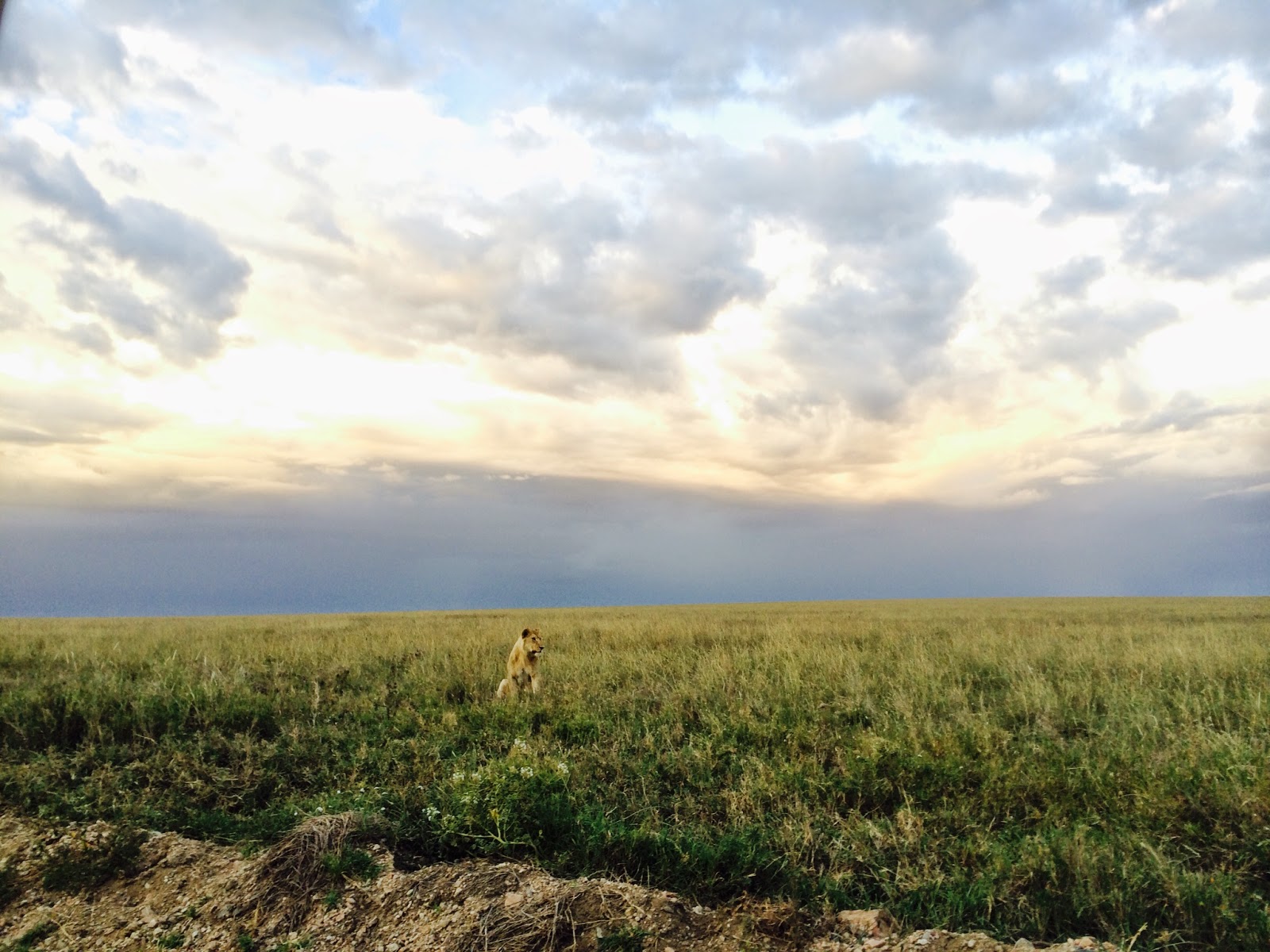 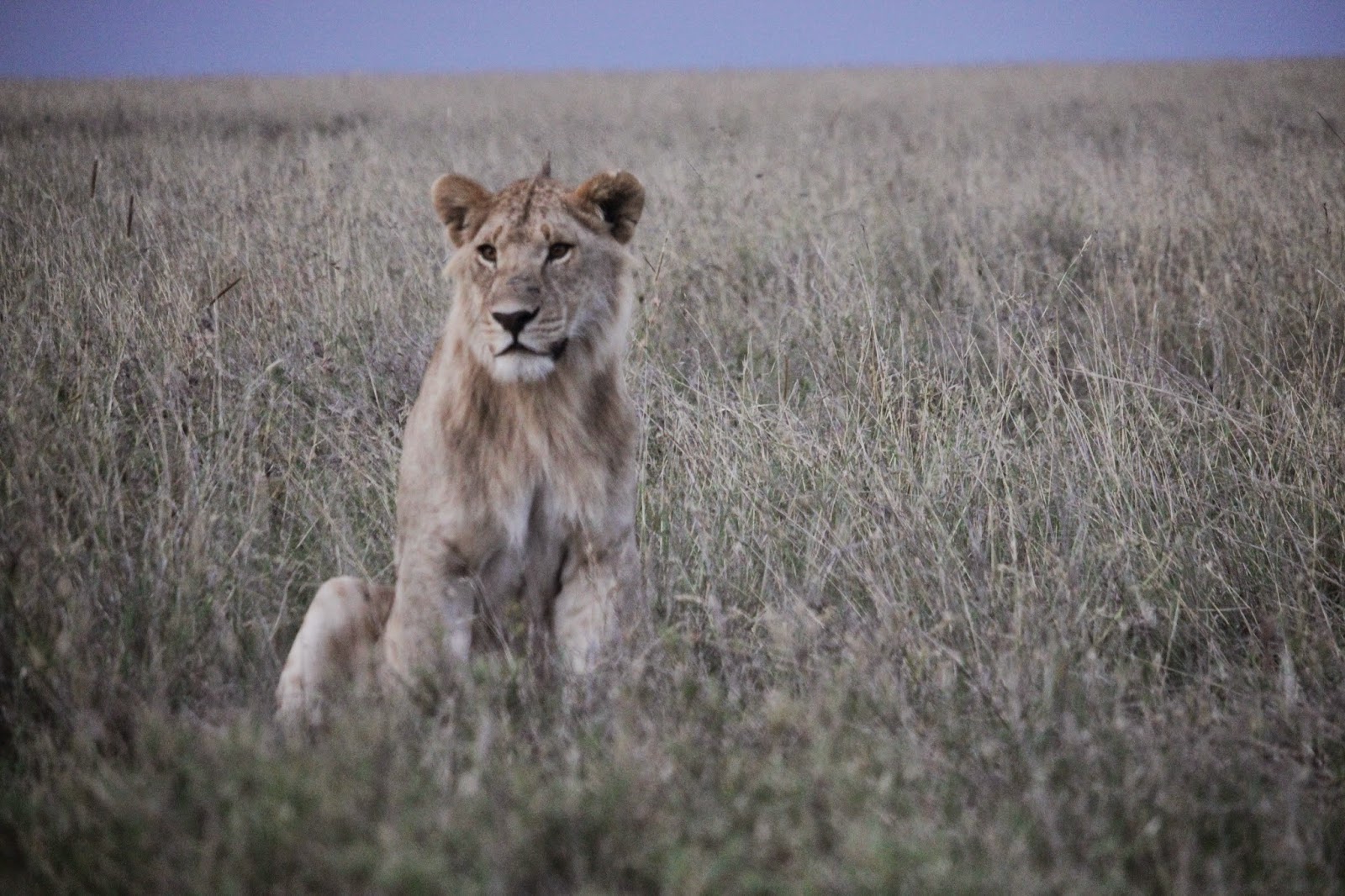 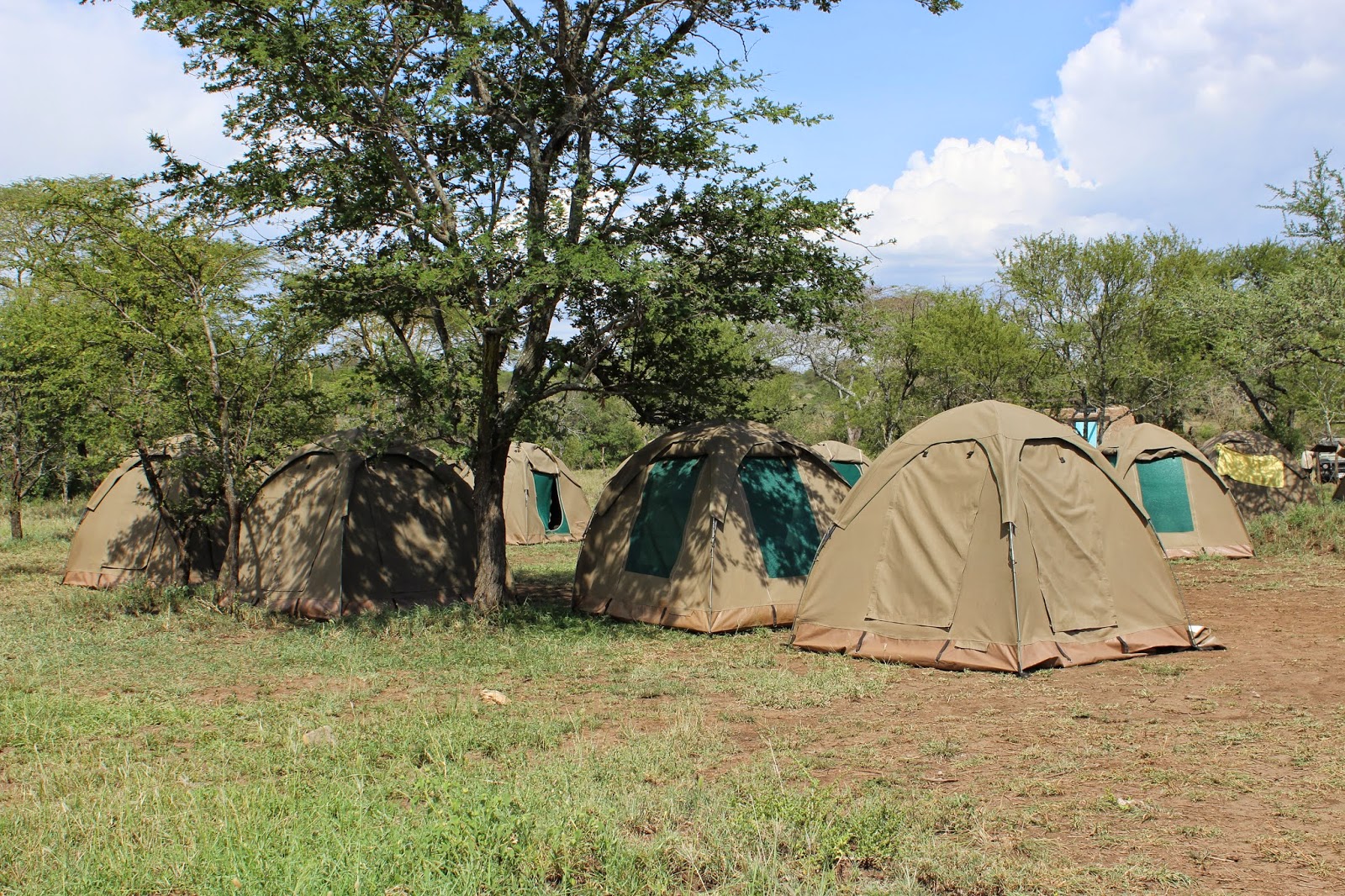 Serengeti means endless planes and yes, there was so much to see. At the end of the day while the sun was setting we drove past multiple lions that were close to the road. The park closed at 6:00 and at 6:30 we were still watching the lions. The moment made my day. Well after dark we sped off to camp. We camped in the Serengeti for two nights. There was no fence around the campground so we were warned about midnight bathroom runs as buffalo and hyaenas were usually around. Made things a little stressful but we all survived. 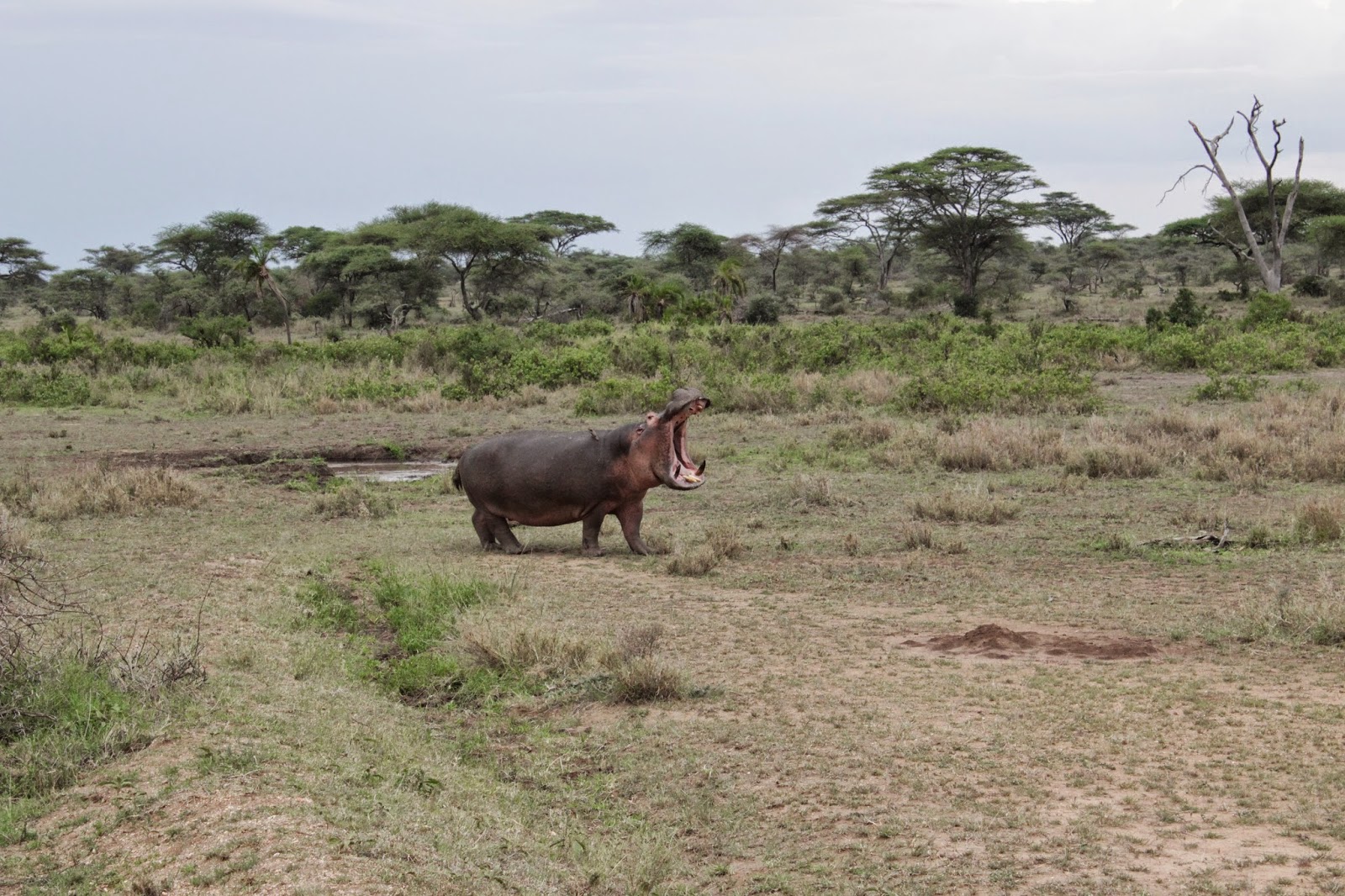 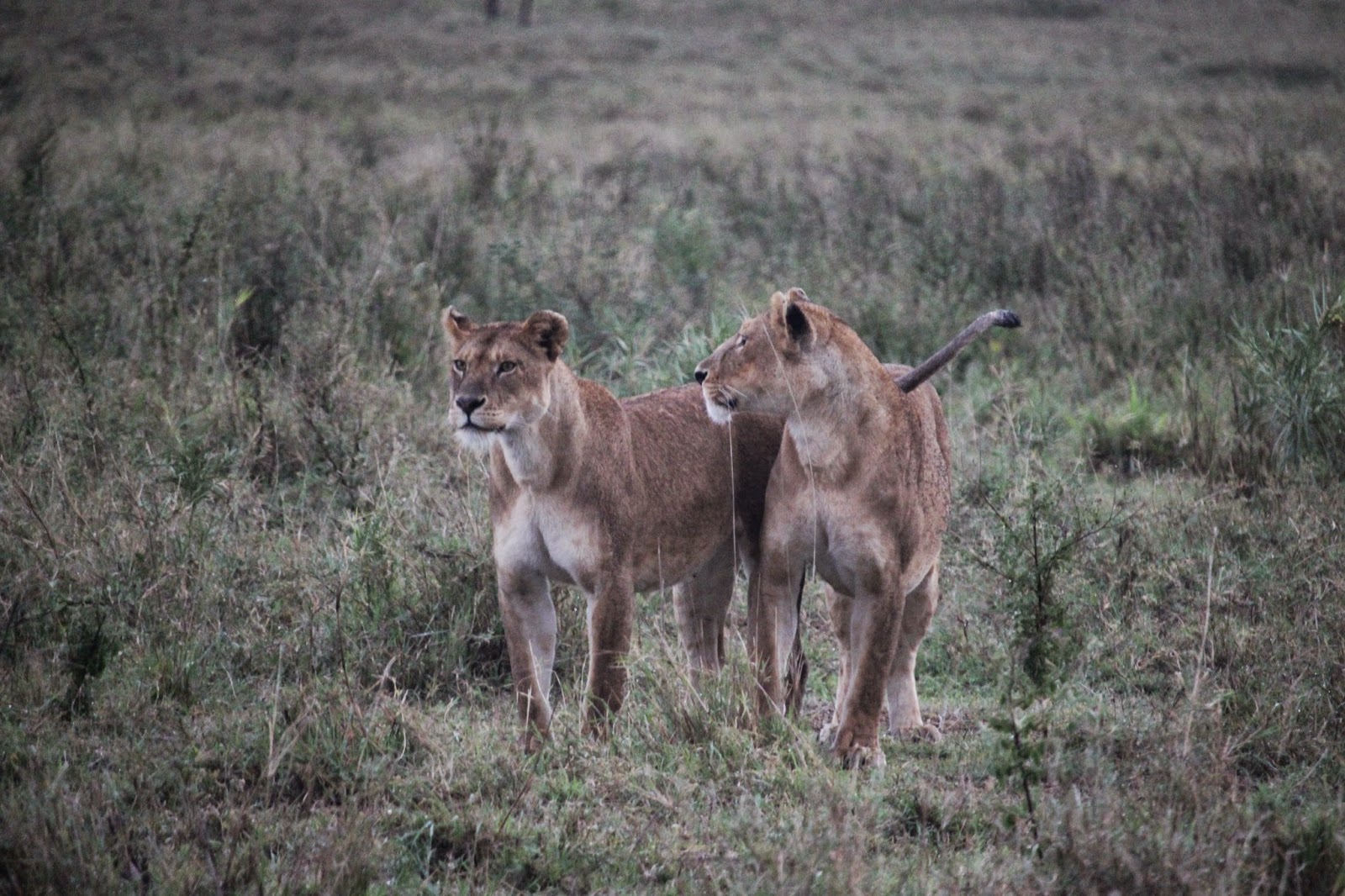 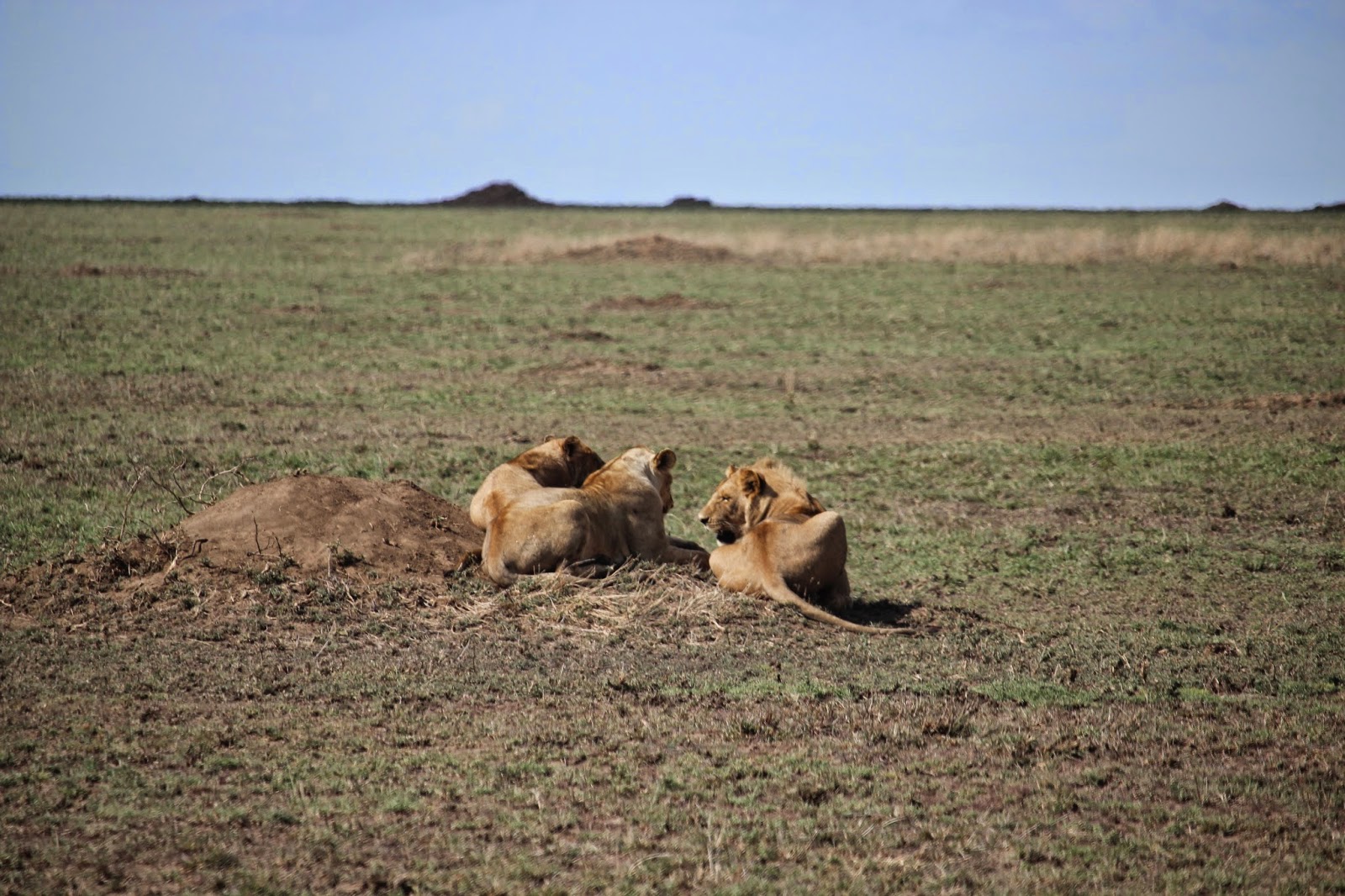 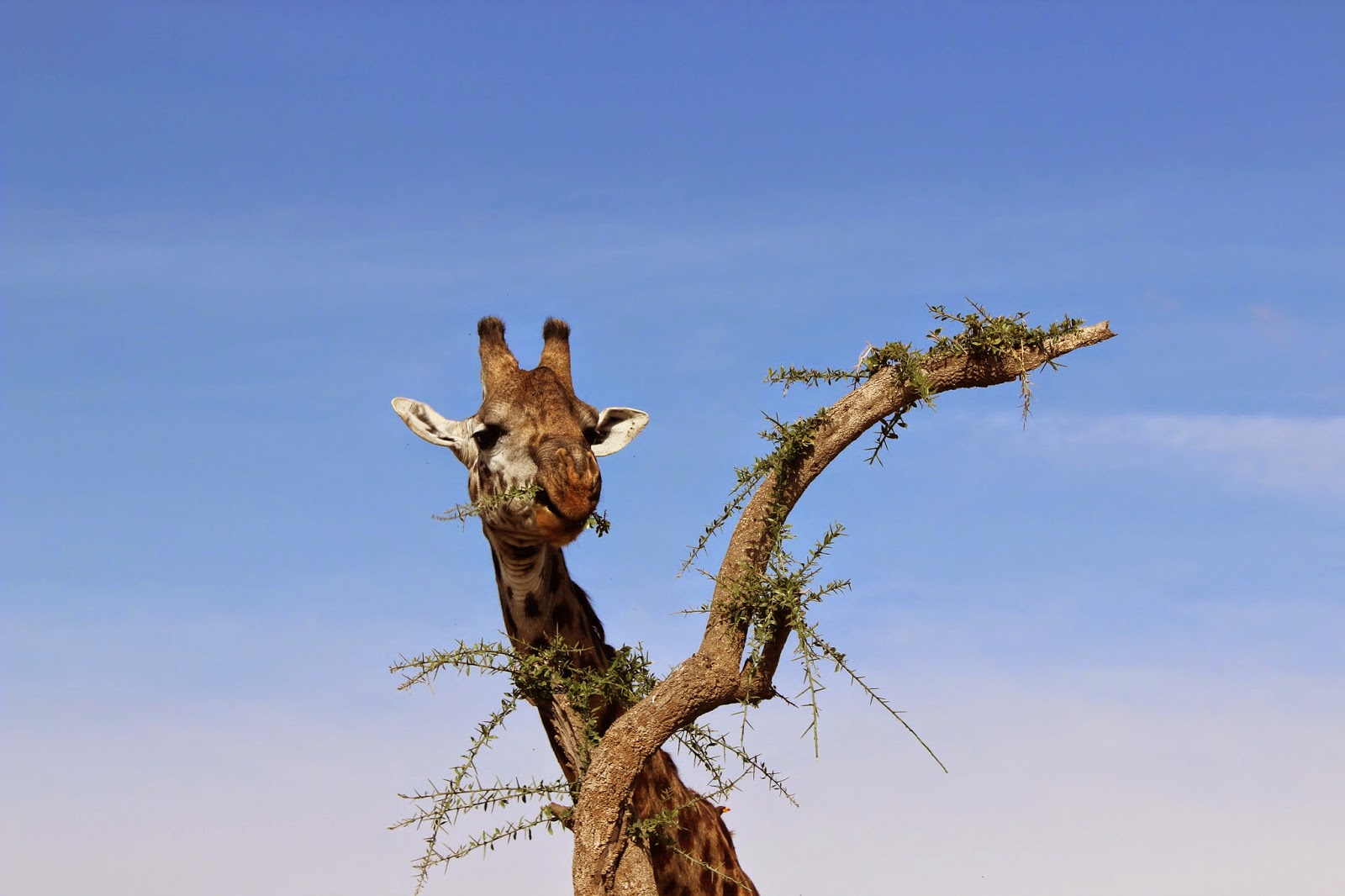 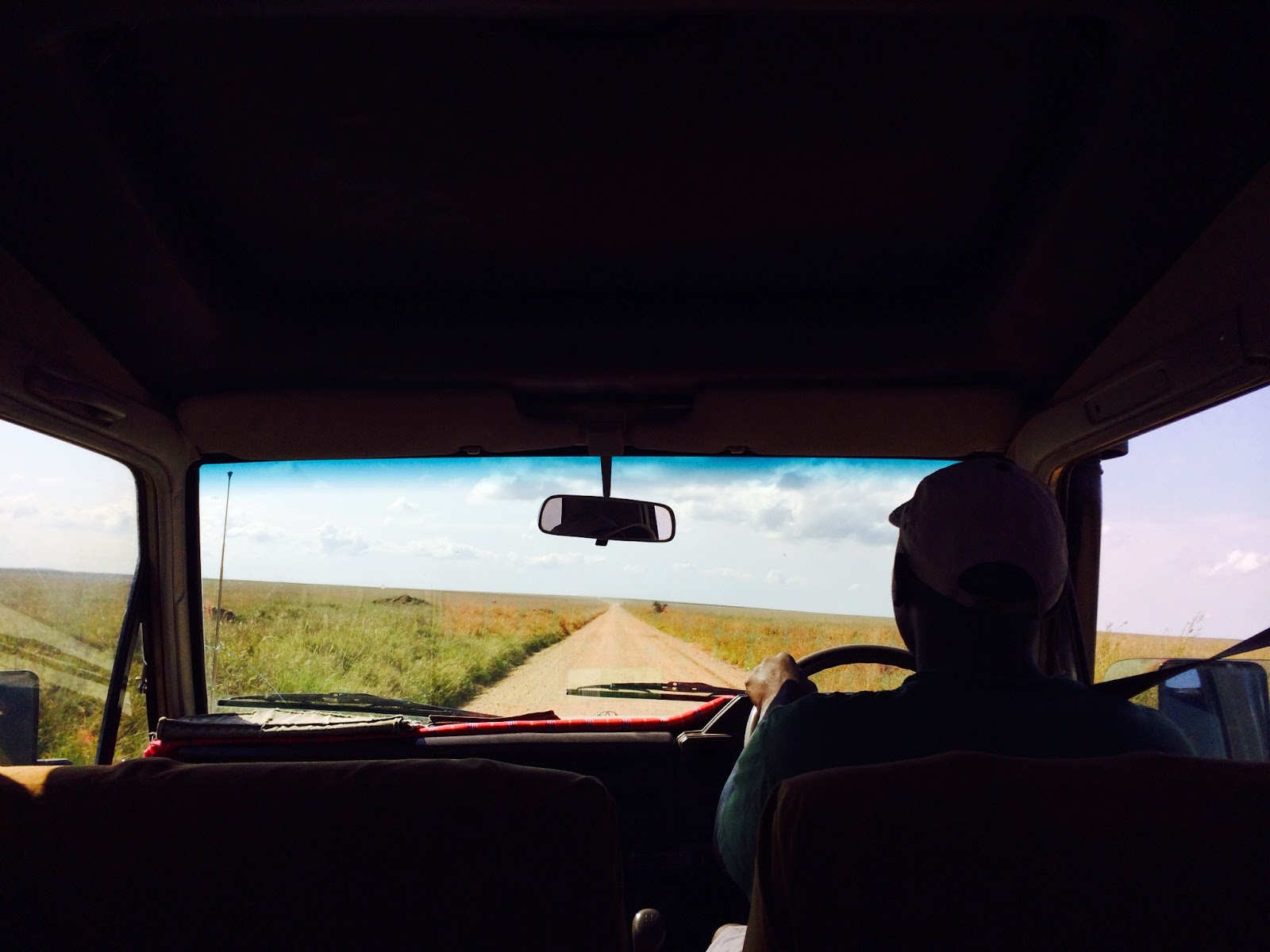 Our second day in the Serengeti was my fifth day on a safari game drive. Am I allowed to say when you have seen one zebra, buffalo and wildebeast you have seen them all? That said, I know when you have seen one cat you have not seen them all. Cat after cat and every time it was fascinating. We were lucky to see cheetahs, leopards, several other cats and lots of lions. I could have spent all night watching the lions. At one point our driver, Isaya, stopped where the animal trail crossed the road and three lioness with seven cubs walked passed us. They were so close I could have touched them. It was the most amazing moment ever.