My mom and I took a dala dala from Lushoto to Mombo and then met Hamici's business friends who found us a bus to Arusha. It wasn't the nicest bus on the streets but it did the job efficiently. I spent the first three hours of the bus ride in a pop up middle seat with no back rest but then I got to upgrade to an actual seat when the couple next to me got off the bus. I was next to speakers blaring a bad Swahili movie that was playing on repeat so thank god for Macklemore and views of villages out the window. 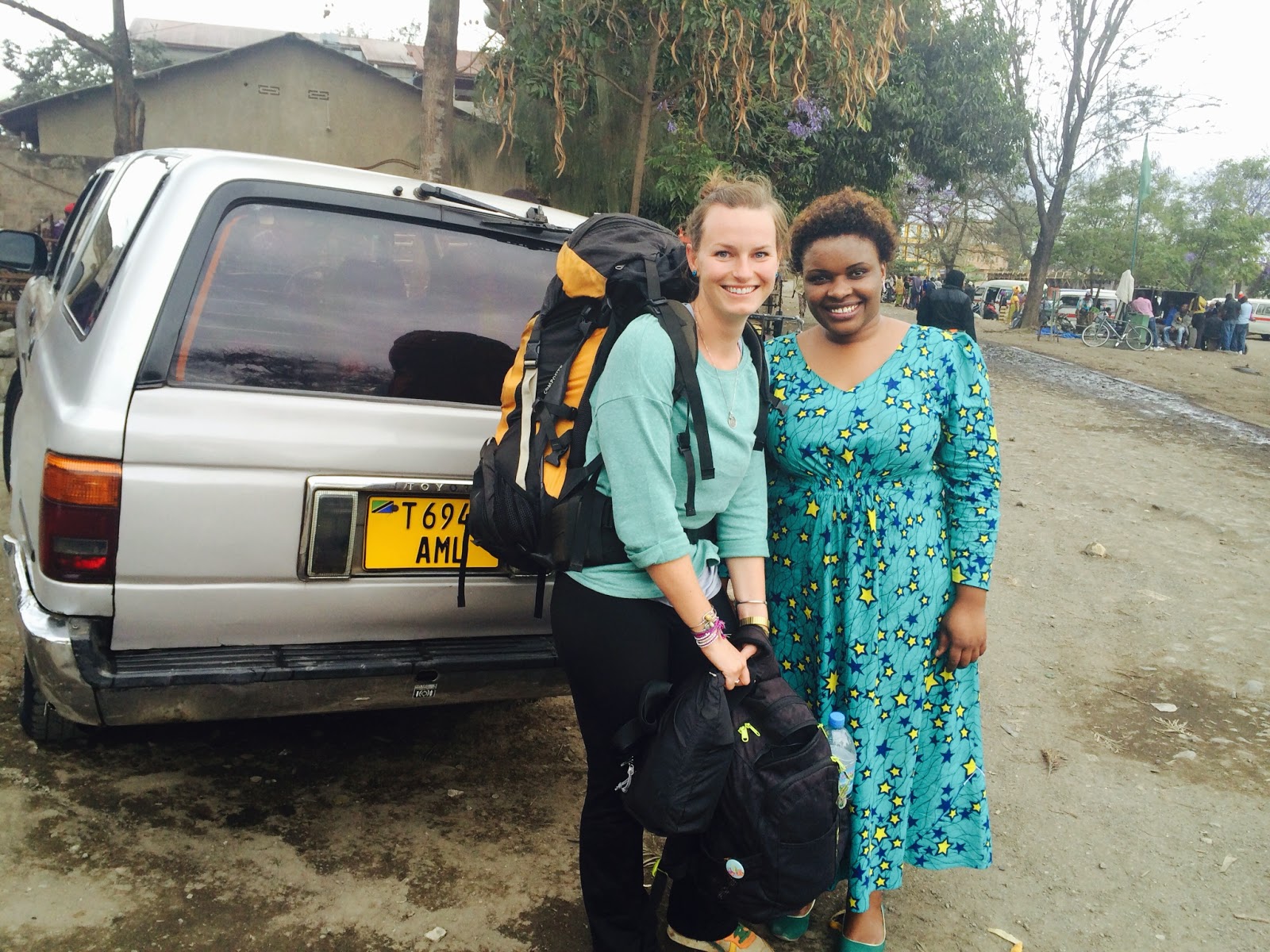 When we got on the bus we had Hamici's business friends call Ruth (Ruth lived with my family about six years ago when she was an Earthcorps volunteer in Seattle) and let her know the time we would be arriving in Arusha. As we pulled into the Arusha bus station my mom and I started to wonder how Ruth would ever find us in the chaos of people. As I was getting off the bus the bus boy stopped me and asked "are you meeting your friend here?" In shock that he knew anything about me I answered "yes, we have a friend who lives in Arusha." He replied "Get your bags (which where under the bus) and get back on the bus." My mom was totally confused but luckily I have had some previous experience with coconut mail and when a random man seems to know your story you listen to what he tells you to do. Sure enough after we left the bus station and pulled over to a side road Ruth showed up at the bus door. We couldn't believe it!

Ruth and her brother, Nsa, took us to Spice and Herbs, an Ethiopian restaurant and B&B outside the city center a few blocks. Once we had checked in we were off to Ruth's families house for dinner. We met Ruth's son, Hyme, her mother and father and her sister, Catherine. It was so special to finally be with Ruth's family in Tanzania after all these years. 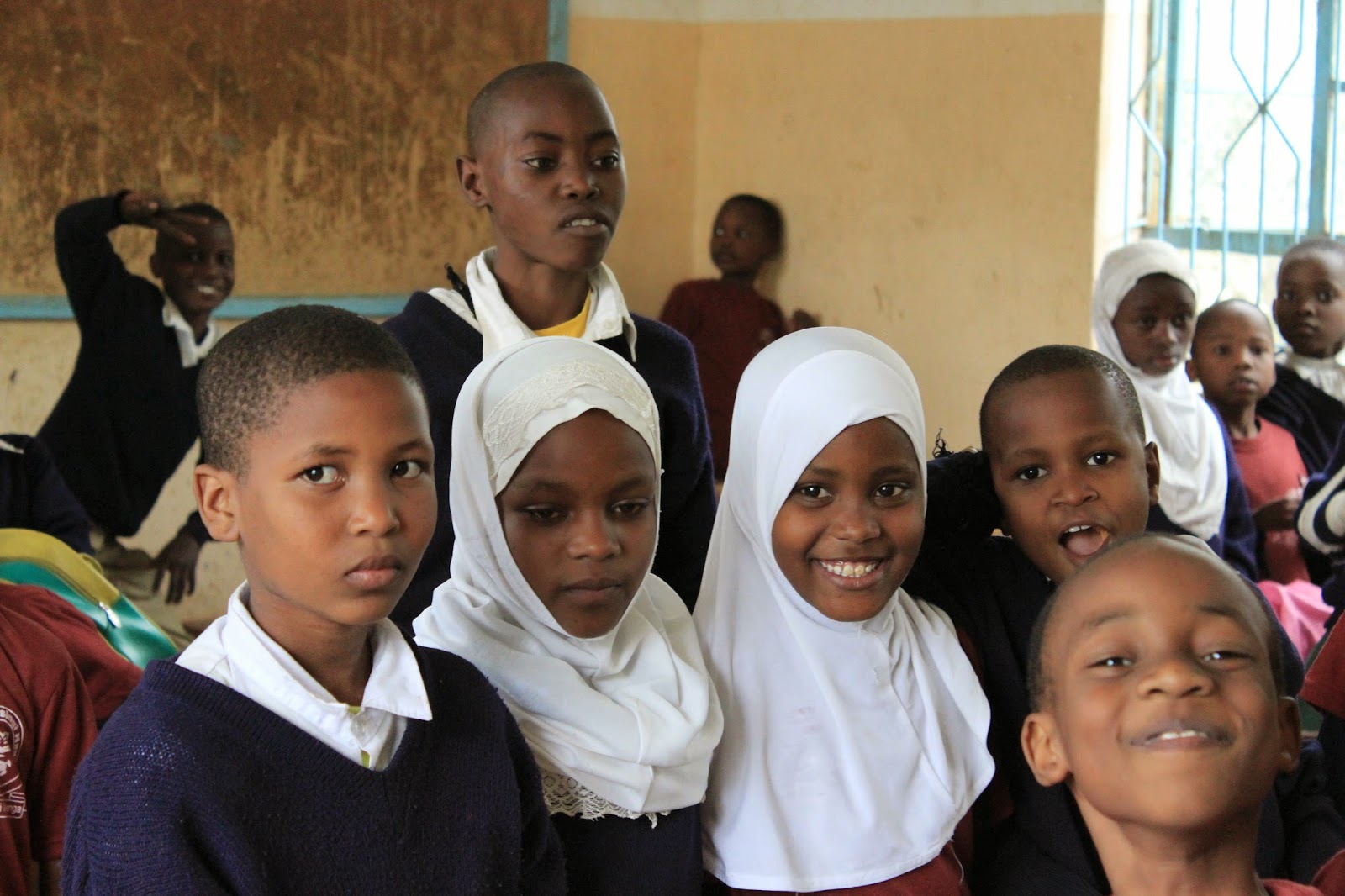 The following morning Ruth, Nsa and Catherine picked my mom and I up from Spice and Herbs for a tour of their Arusha. We stopped at Hyme's school which is an all English private school. We then went to a public school where Ruth's mother is a teacher. After we stopped at the Maasai Market for a little shopping we went to Arusha Hotel to meet Ruth's two other sisters and the baby twins, Gabriel and Gabriella. Matching names for the boy and girl twins. It was the most fun morning ever. 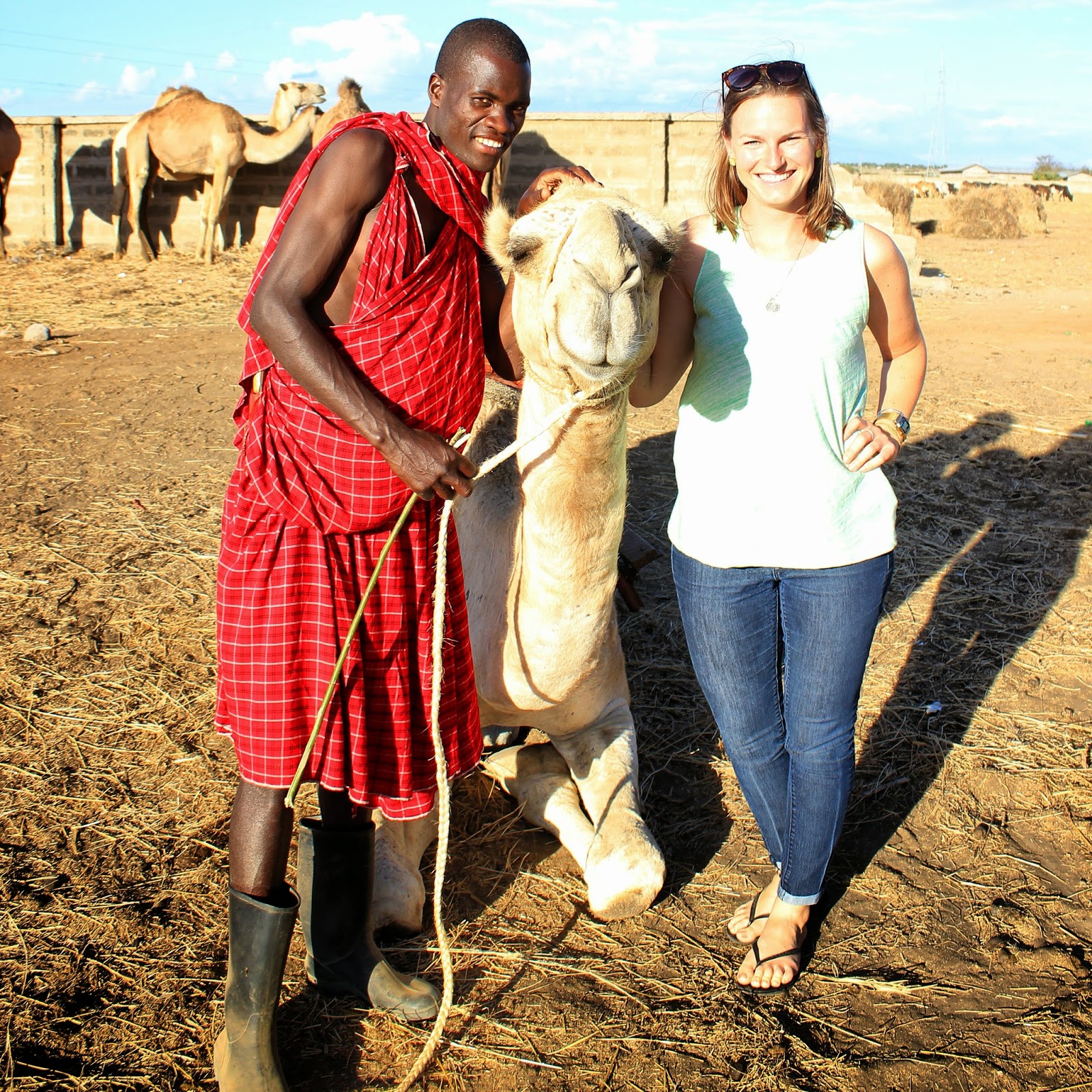 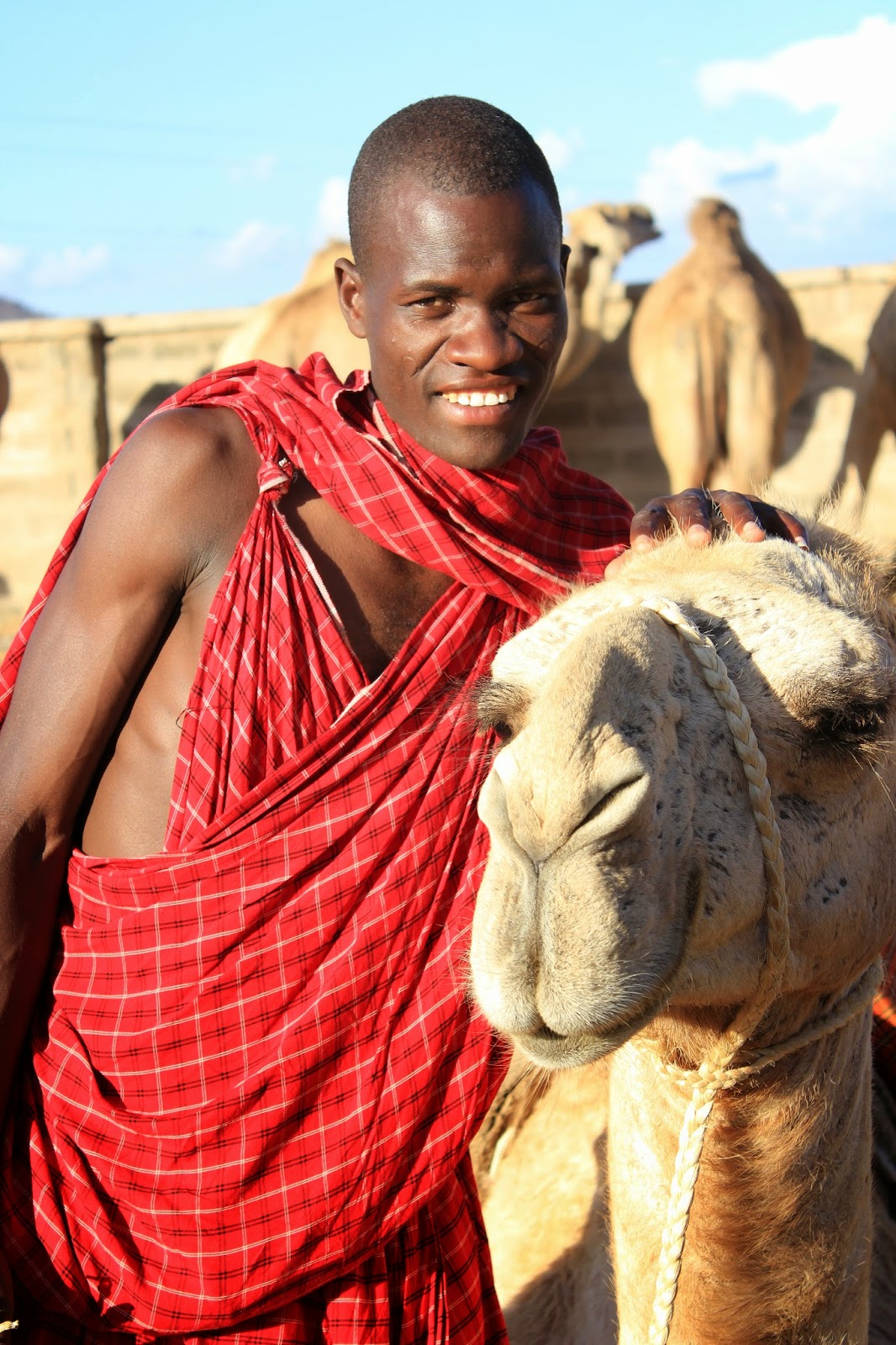 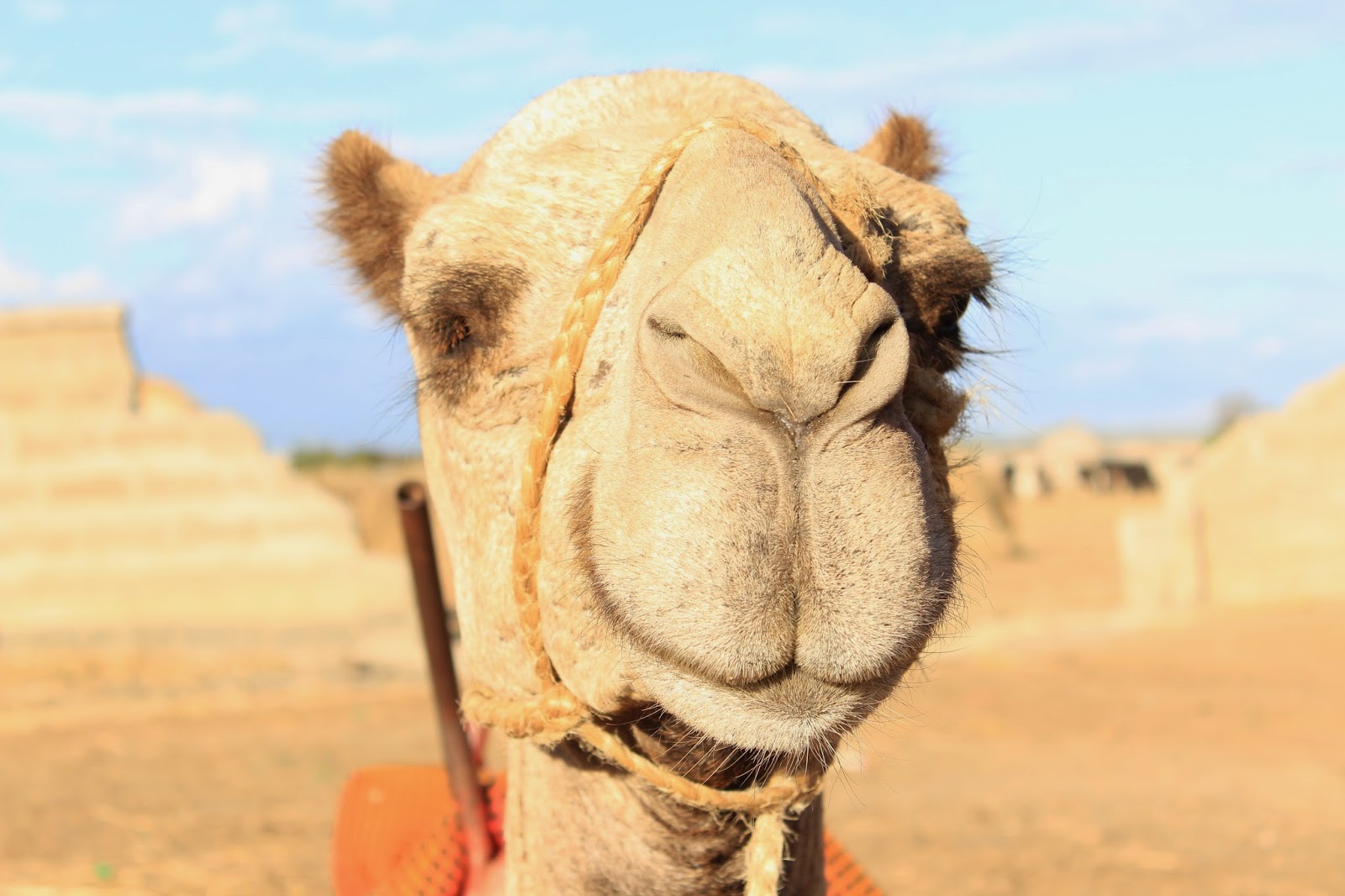 There is a Snake Park outside of Arusha which I guess is a big tourist attraction for those reptile lovers. However, I have no idea how someone would get there if they didn't have a private car, it was considerably far outside of Arusha. Luckily we had our own wheels and were out to the Snake Park by mid afternoon. We didn't end up going in to see the snakes but we were happily surprised by the camel rides. Up we went and off we went for a guided camel ride by a Maasai. Whenever a Maasai is involved I am sure to have a great time. I can't get over this tribe and how they keep their culture alive today - I mean we have the iPhone six and they continue to live in mud huts. It's fascinating.