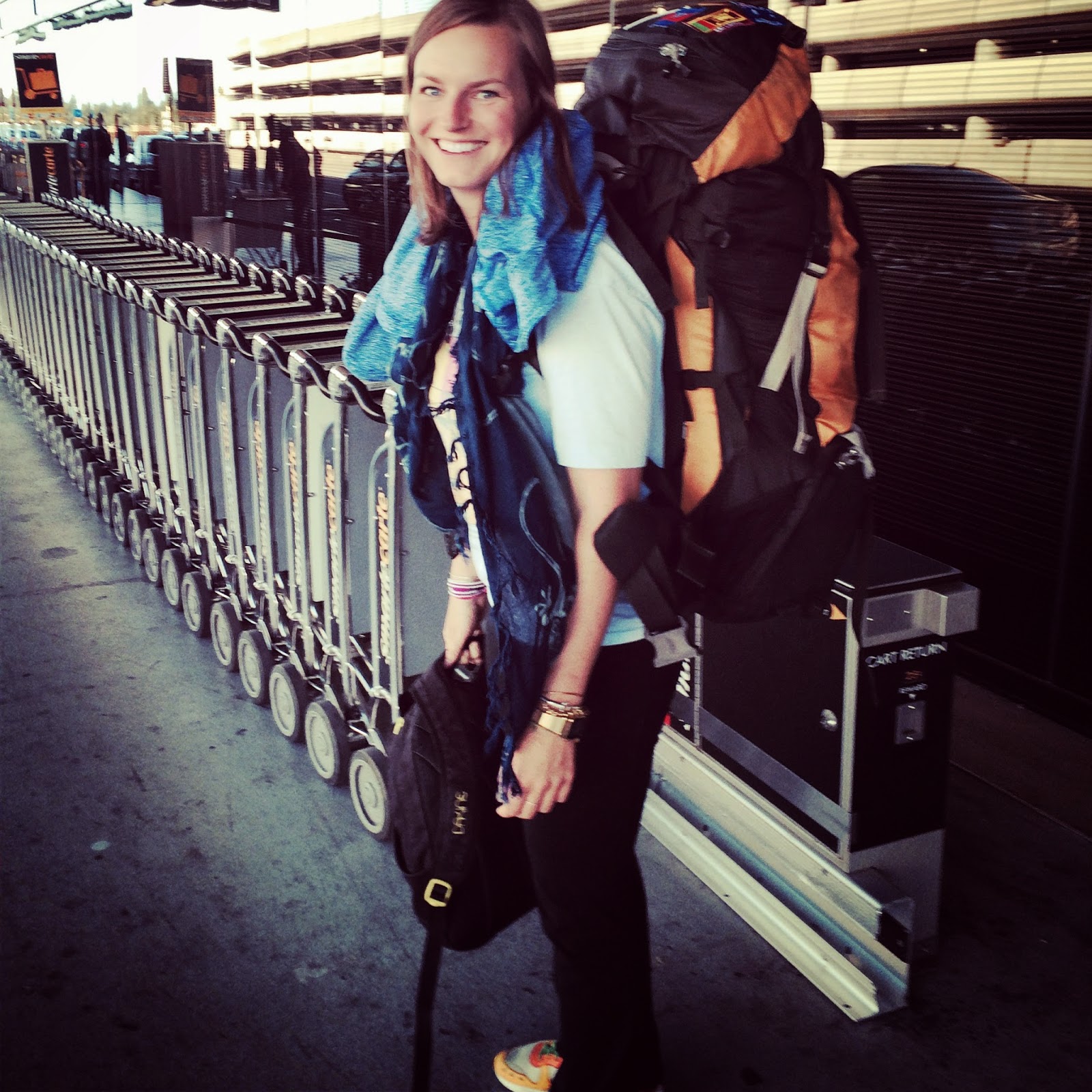 The backpack has been packed and repacked. It is a puzzle and I mastered it a few minutes before leaving for the airport. Two Iceland Air flights and a total of four hours of sleep later I woke up in Glasgow Sunday morning. Touchdown, Scotland!

My sister, Kim, and her now fiance, Ian, picked me up from the airport and we drove into Glasgow with a few wrong turns. Google maps needs to update their Scotland roads, stat. We met Alice, our Scottish family friend, at her flat where Kim and I would be staying the night. Alice greeted us with lunch and while we ate cheese and salami sandwiches we caught up and reminisced over the many years we spent together kayaking the west coast of Vancouver, Canada. 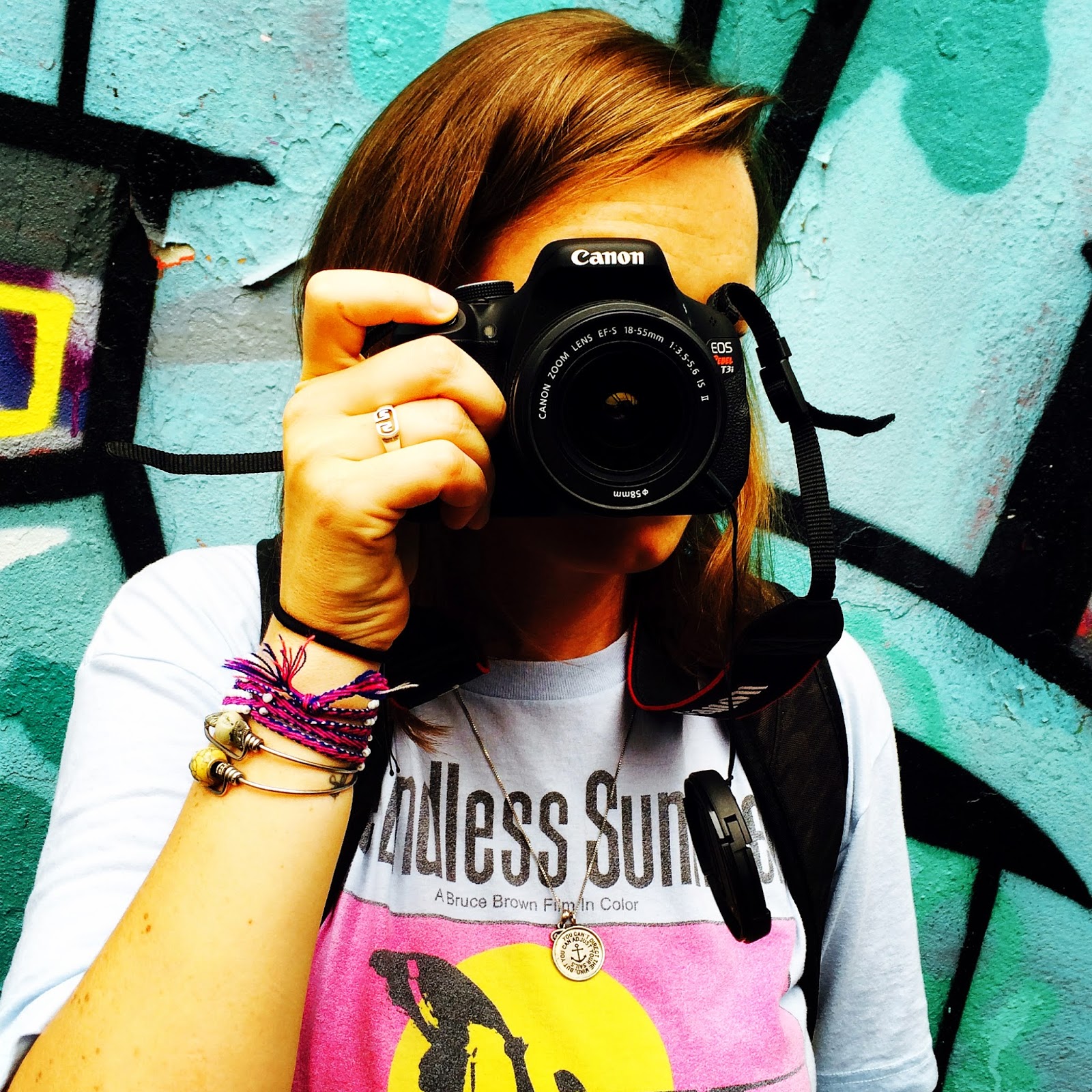 Since I had local knowledge at my finger tips and Alice's Facebook page to stalk the first up was St. Peter's Seminary. A building about 30 minutes outside of Glasgow that was abandoned in the 1980's. Now falling apart and full of broken glass and graffiti it was an adventure that could not be missed. The building was massive with at least three floors and a basement. Fortunately for us, the staircase to each floor was not crumbling to the ground so we were able to explore all levels. We spent a good part of the afternoon trying to not catch Asbestos and Googleing images of the original building while exploring.

After we had scoured the whole building we continued our drive for a more picturesque view. Loch Lomond. I still can't pronounce Lomond without saying London so don't ask. Spell check wants to correct it to London too, which justifies my pronunciation issues. Loch means lake, that is an easy one. We are in Scotland so naturally we went for a cup of tea before our mini hike. A cup of tea and tea are different, I learned this quickly after I thought everyone wanted dinner mid-afternoon. A latte was definitely welcomed at this point, I was running off four hours of sleep. With our energy back we hiked up Conich Hill for the most amazing view of Loch Lomond. The sun burst through the clouds and beamed down on the lake right after we summitted our mini hill. It was perfect. There were even sheep grazing on the hillside. 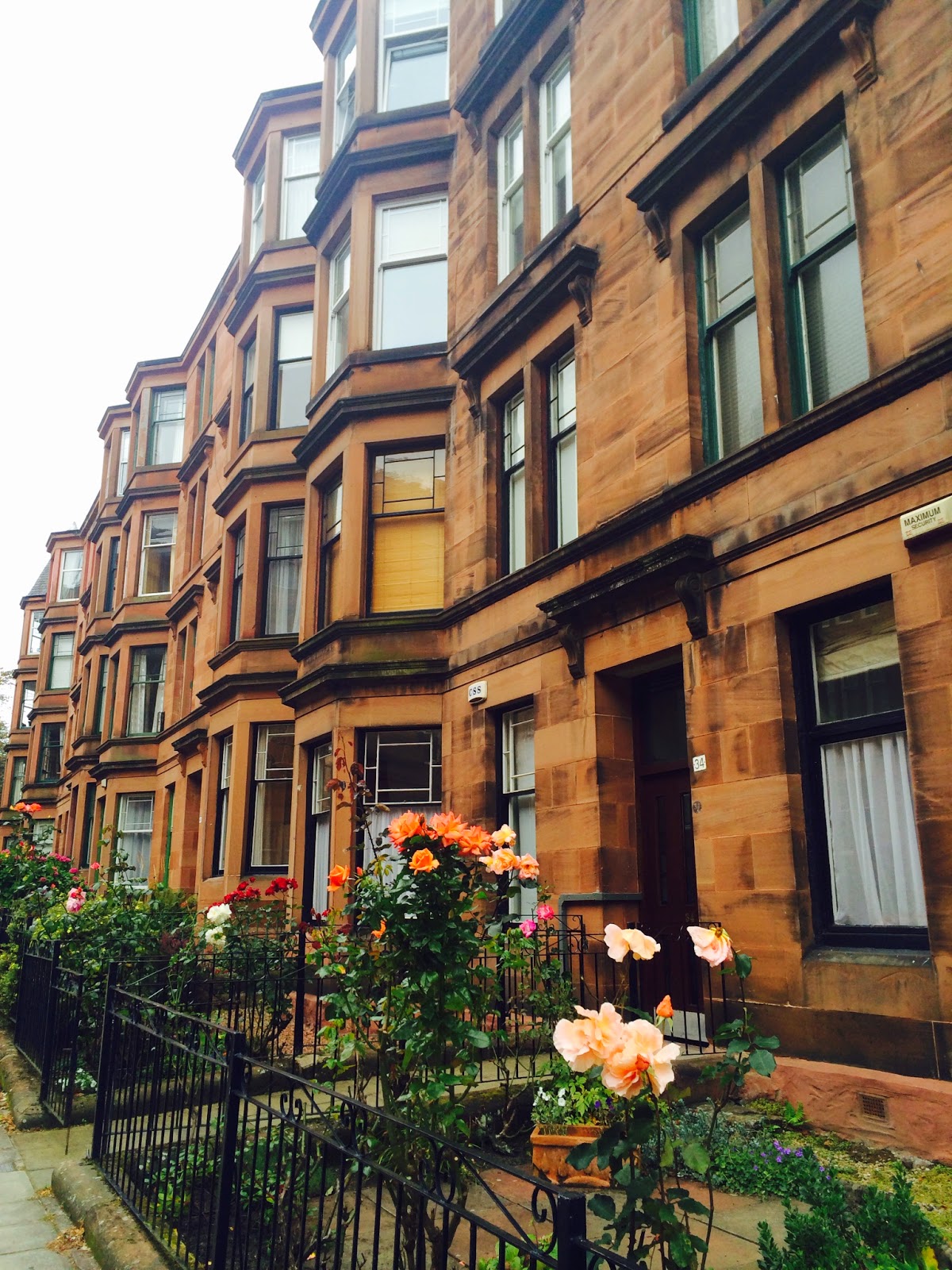 The following day Alice gave us her world famous walking tour including the free Kelvingrove Art Gallery and Museum which has paintings by Claude Monet, Peierre-Auguste Renoir and Mary Cassatt, to name a few. Our tour continued on the Kelvin Walkway to the botanical gardens and to the University of Glasgow. It was Fresher Week so the campus was buzzing but it didn't take away from the beautiful old buildings and architecture. Everything looks like a castle here. I can't stop talking about it. We winded down our time in Glasgow before taking the train to Edinburgh with a final stop at the Glasgow Cathedral and a walk up the Necropolis, the cemetery up on the hill.