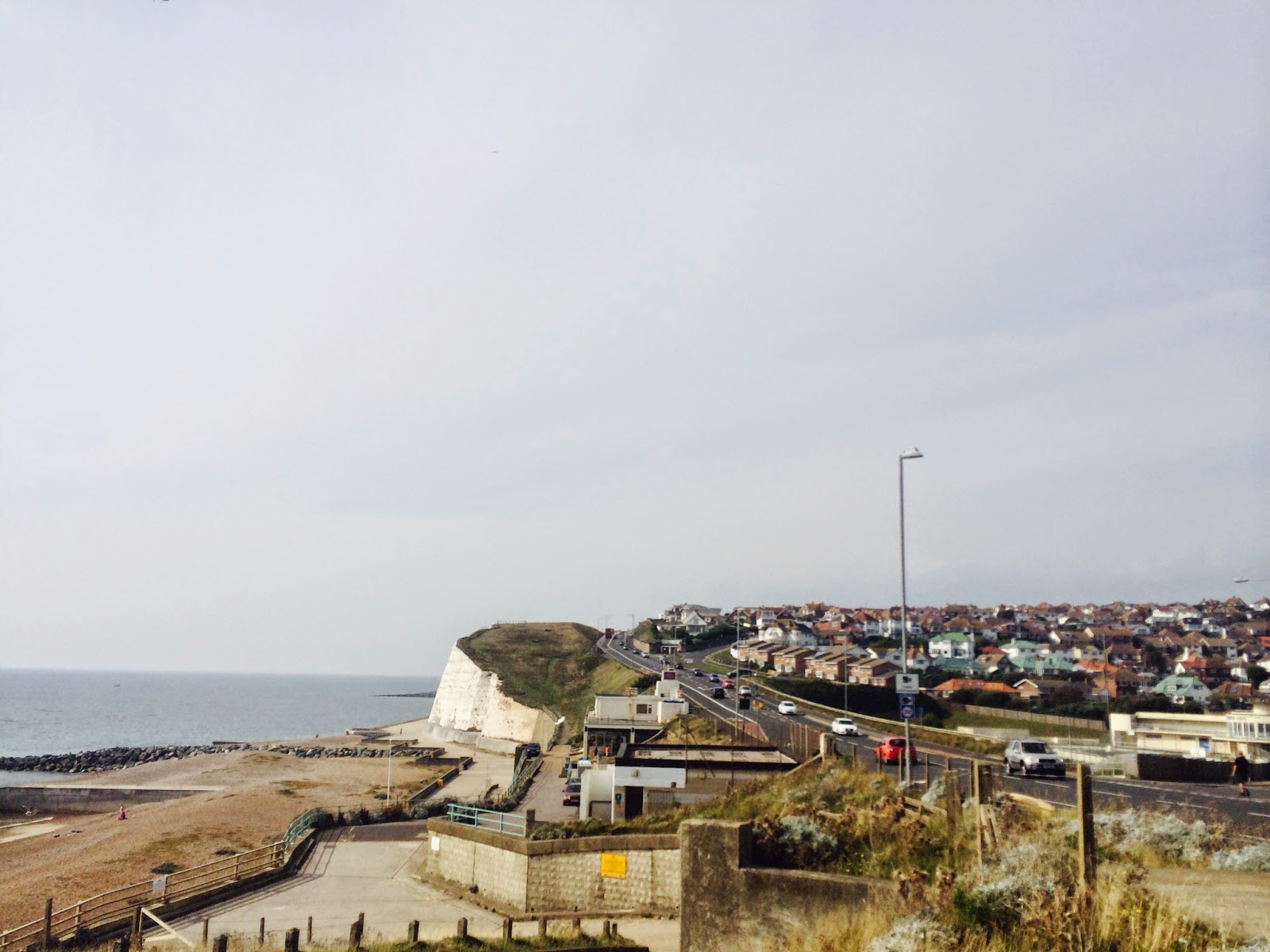 A few months before leaving for the UK Bing's homepage was a photo of huge chalk cliffs and I was happy to read that they were only an hour outside of London. As it turns out Alice (who I visited in Glasgow) was going to be in Hove the same day I was going to be in Seaford. Hove is 25 miles from Seaford and fortunately Alice's boyfriend had two bikes we could use to cruise along the waterfront past Brighton and other small seaside towns.

I woke up early and walked down The Mall past Buckingham Palace to Victoria Station where I took Southern Rail from London to Hove. The trip was suppose to take an hour but about thirty minuets in the train stopped and didn't start again for another 1.5 hours, they were having technical issues with the signalling. With no way to communicate to Alice that the train was delayed but I was on my way I stirred in my seat until we finally pulled into Hove station. I was relived to see Alice waiting there with two bikes. She had become best friends with the ticket lady at Hove Station by the time I arrived.

We hopped on our bikes in Hove and and took off along the boardwalk past Brighton. Brighton is famous for colorful seaside sheds where people keep their beach equipment. The beach along the English Channel was so clean, no trash or seaweed. I couldn't believe it. Also, to my surprise the chalk cliffs start just past Brighton and continue to Newhaven before starting again in Seaford. It was great to bike along the chalk cliffs. They cliffs are one of the most unique things I have ever seen, they took my breath away.


That afternoon we arrived in Seaford! It is a surreal feeling to finally be in front of something you have been dreaming of seeing for months. After fulling taking in the massive chalk cliffs we went to a beach side restaurant for a late lunch before taking our bikes on the train to Brighton. At this point Alice continued on to Hove and I waited at the Brighton station for a train back to London. I assumed the technical issues that delayed the trains before had been fixed but I was so wrong. I stood in front of the departure reader board as the arrival time for the 4:49 pm and 4:55 pm train to London changed from on time to delayed to cancelled. My heart sank. How do I get to London now? I quickly asked a train conductor about my options to getting to London today and he pointed to another train that was leaving in four minutes. I hopped on the train as the doors closed behind me. After one transfer I was back in London before dark and was so thankful I wasn't stranded in  Brighton. I was also thankful that no one came by to check my train ticket since I didn't have the correct ticket for the train I was on. I was hoping my pity story would get me out of any trouble.