Until Next Time, Vietnam

I had my last two days in Vietnam and said goodbye to places I have called home. I rushed around the city closing bank accounts (I have never had so many bank accounts in one city like I did in Ho Chi), changing Vietnam Dong to Australian Dollar and sending another box home. You really do accumulate a lot of stuff after 14 months of living somewhere.

I can't believe that I am leaving Asia but Vietnam won't forget me. When I got to the airport and stepped up to the immigration desk the immigration officer looked at me and said "Holly?" Before I could speak he opened my passport to confirm that he was correct. He smiled with success. It took me a while to figure out how the immigration officer recognized me, not my student, not my neighbor... and then it clicked, he was the same officer who checked my passport when I left to travel over seven weeks ago. We both laughed and continued our conversation about his English and, again, held up the line and chatted. I told him I was off to Australia and answered his questions with "no, I am not coming back." My answer affected me more then him. I am really leaving.

You know you have been to the airport too often when immigration starts to recognize you. 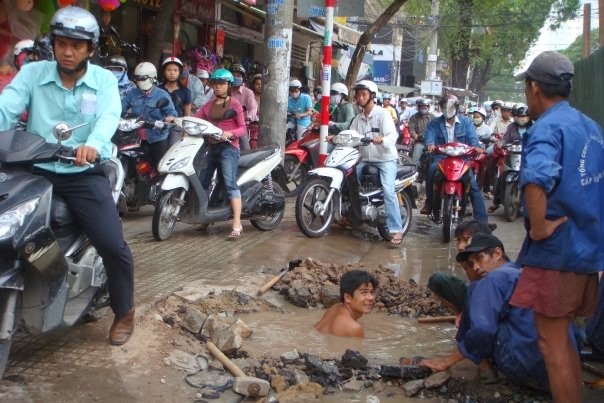 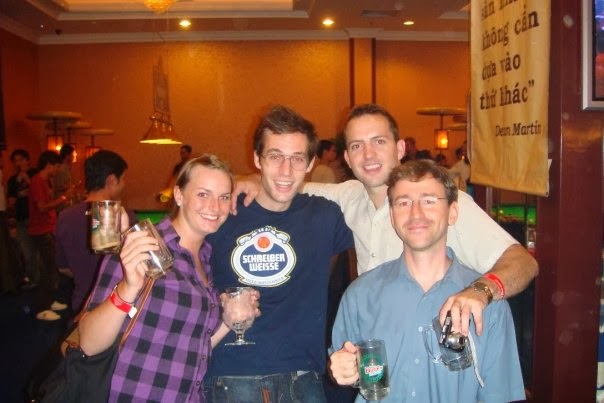 For my last night in Ho Chi Minh City we all gathered at Steak and Eggs in Beh Thanh Market. Is there anywhere else? 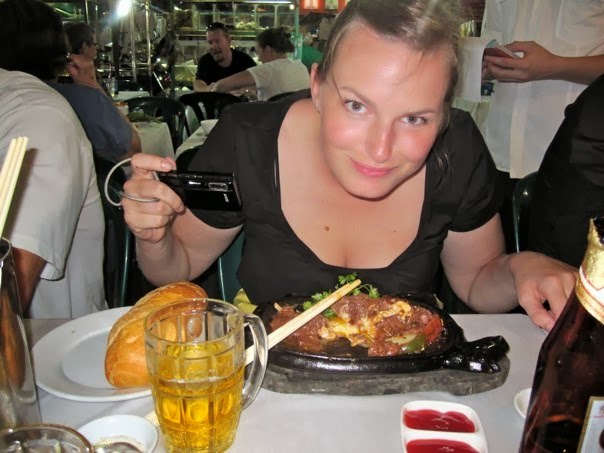