More bicycles, more sushi. I had no idea that Japan was such a biking country. Bikes everywhere with umbrella holders and baby carriages- the works!


Hannah and I arrived in Tokyo tired and sleepy after taking an overnight bus from Kyoto, however, awkward sleeping has pretty much been the theme of our trip. The first couple of hours were spent sleeping on the hostel couches before heading to a man made island to look at the Fuji building which is famous for its unusual architecture. After day one we decided that we needed to see "real" Tokyo so we went to a Sumo museum and to Shibuya.

Shibuya is just what I thought but better because I was actually there. The Shibuya intersection was massive, electric, neon and quite, which Hannah and I always notice after living in loud Vietnam. We strolled around the streets people watching people and made a stop at Shibuya 109 (Tokyo's trendy shopping mall).


The following day we went to Harajuku and had lunch with Hannah's friends who she met in China and now works at the US Embassy in Tokyo. After lunch we walked along Omotesando St and through Harajuku watching all the young people in their weekend Tokyo trendy outfits (it was Halloween day so if you didn't know better you would assume that the girls with bleach blond hair and light pink doll dresses on were dressed for Halloween but you would be mistaken. It's their weekend outfits and is what Harajuku is famous for). That night Hannah and I put on our flight attendant costumes and went out in Shibuya with our hostel. Since we pretty much had to pull an all nighter because the subways stop running at midnight and does not start again til 5am, we spent the next day sleeping. That evening we went to dinner with Haruyo who was my Japanese tutee from Vietnam who happened to be in Tokyo the same time as us. Dinner was amazing. We got to try all different kinds of Japanese food (at this point I have been eating sushi nonstop). Later that night we went to the Tokyo Tower to see the city all lit up. The night ended with Hannah and I checking into our capsule hotel in Asakusa. Just what you would expect- drunk men everywhere and us on the ladies only floor.


﻿
One of our last stops in Tokoyo was the fish market. We woke up very early to watch the bidding and after went to have the freshest sushi ever... sushi for breakfast, more please. UHHMAZING. 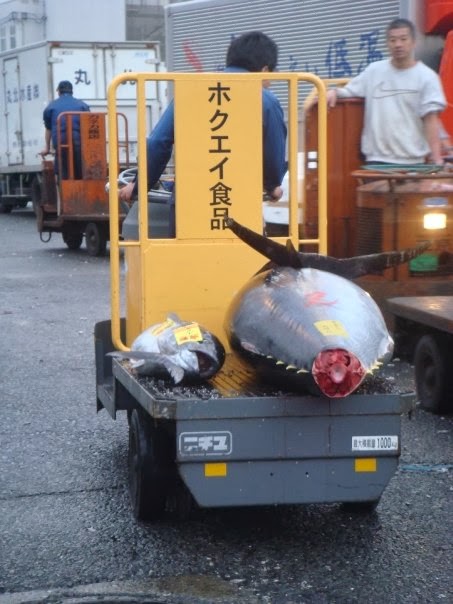 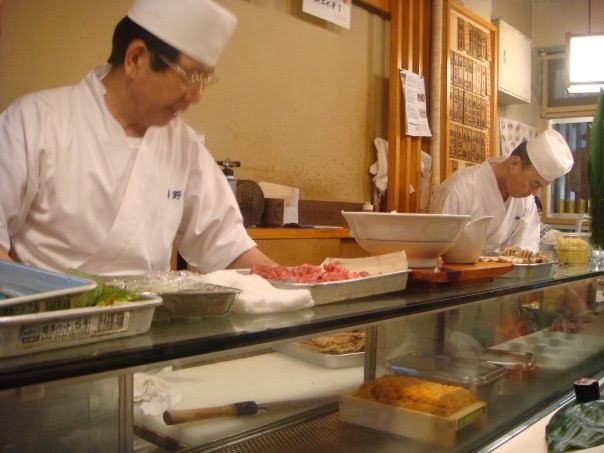