Hannah and I have landed in civilization- Seoul, South Korea! I can't believe how different it is, we feel like cavemen in the big city with our faded clothes. Everything feels so fancy and clean here. However, it is freezing. It has been in the low 60's and we feel like we are in the artic. I can't remember if 60 is cold. I have been sweating for the last year so my temperature gage is off. 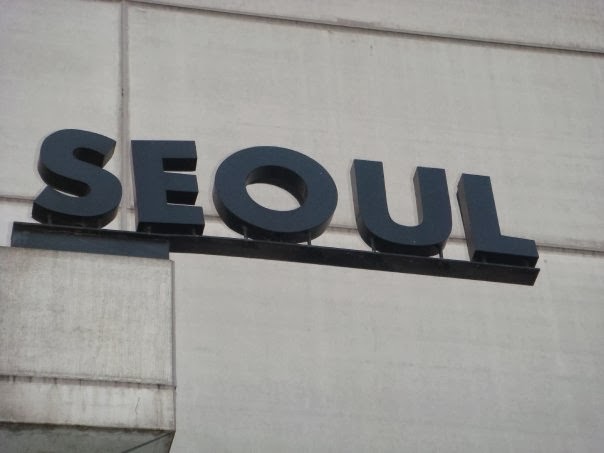 I have a friend from LanaguageCorps (my TESOL course) teaching English in Incheon, which is just outside Seoul so we will be staying with him at his studio. Thanks to blow up mattress we have a very comfy home base. 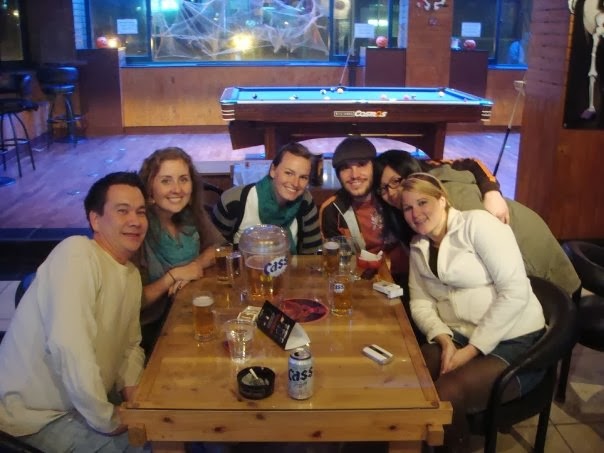 On the first day we took the subway into Seoul and went to the popular neighborhood, Iteawon. We needed to do some research on what to do and how to do it. There is so much to see and so much going on. I love it! Northern Asia has it pulled together, SE Asia feels like wild animals running around the jungle. There are also the cutest nail salons. We plan to have a different color every day.

On Tuesday morning on the way to meet our Demilitarized Zone tour group our day started in Spanish. After an 1.5 hour subway ride into Seoul we walked out of the subway station to find crossing the street impossible, and this is coming from two people who just lived in Vietnam. There were no cross walks and the cars where so big and scary for us who are use to motorbikes. Hannah and I decided to take a taxi around the corner. We hopped into a taxi and the driver turned around and (in Spanish) asked do you speak Spanish? I told him a little and for the next five minutes we spoke Spanish to our Korean taxi driver- adios, hasto luego! 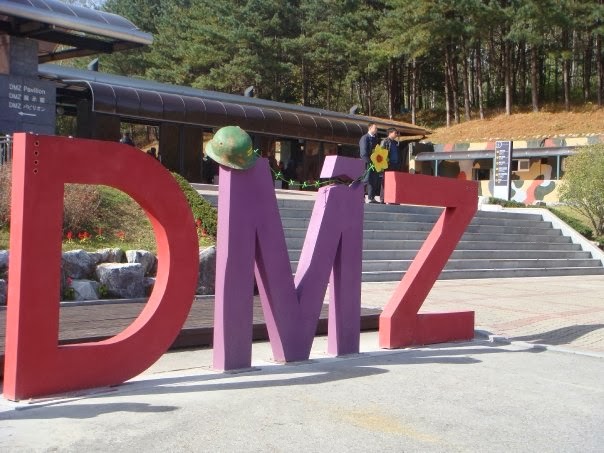 The DMZ is the boarder between North and South Korea. The whole experience was amazing. We stood at the look out point to North Korea where their flag pole is little taller and the hillside is bare. We were told the trees have all been cut and used for energy. Our tour guide only touched on the extreme poverty in North Korea but seeing the bare hillside in North Korea was eye opening. Our tour guide also truly believes that it is only a matter of time before the boarder is opened (she was a bit of a nut but there is a train station already built for when the boarder opens). After the DMZ I was fascinated with what life is like in North Korea. That night I read a few articles online- "why is Kim Jong Il the only fat North Korean?" 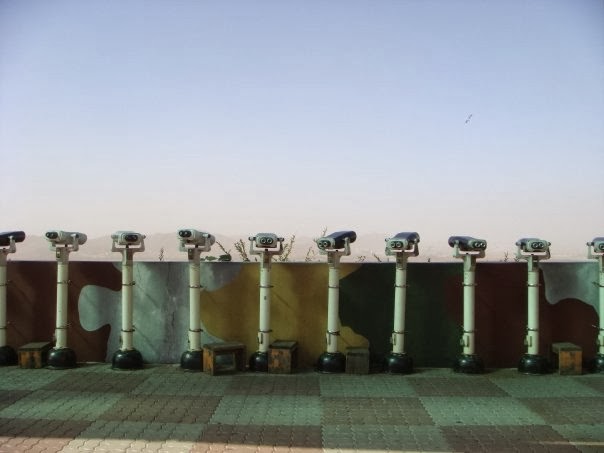 The next couple of days were spent resting and sight seeing. Seoul is beautiful with mountains all around the city. I just love it here.