As of a few days ago I have joined Intrepid on a month long tour from Bangkok, Thailand to Ha Noi, Vietnam.

The boarder crossing from Thailand to Cambodia was a rough scene. The difference a bridge can make between two countries is shocking. As soon as we entered Cambodia it was mud roads, extreme poverty, garbage, and American dollars (it's the currency they use here). The average person living in Cambodia makes $500 a year.

The highway from Poipet to Siem Reap is a dirt road. It took us four hours and that was making good time. The road is known as the "Dancing Road" because of how bumpy it is. I felt like the van was about to fall apart and there were so many detours because every bridge was under repair. Even though the road was bumpy I am so glad that we drove because I loved seeing the towns and country side. Along the highway there were men and boys fishing in their whitey tighties walking along the road from one muddy water way to the next. There are also more bicycles here then I have ever scene and if people do own cars they are Toyota Camrys (in every model, year and color).


Siem Reap: The main roads are cement but the sidewalks (if that is even what you can call them) are a combination of garbage, dirt and rocks. Your feet are always so dirty. 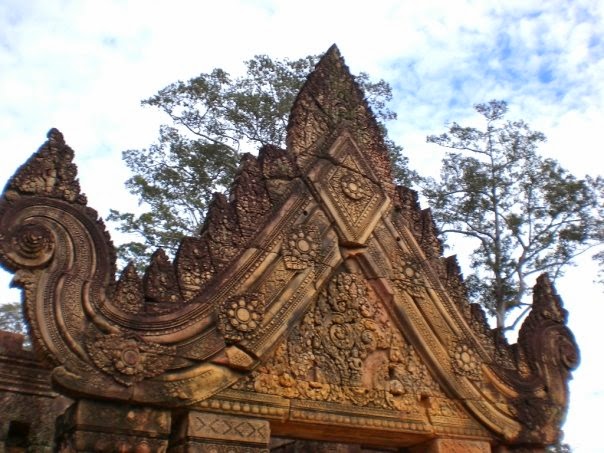 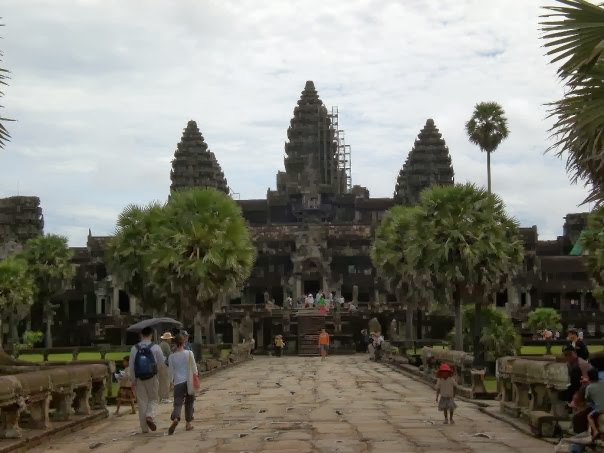 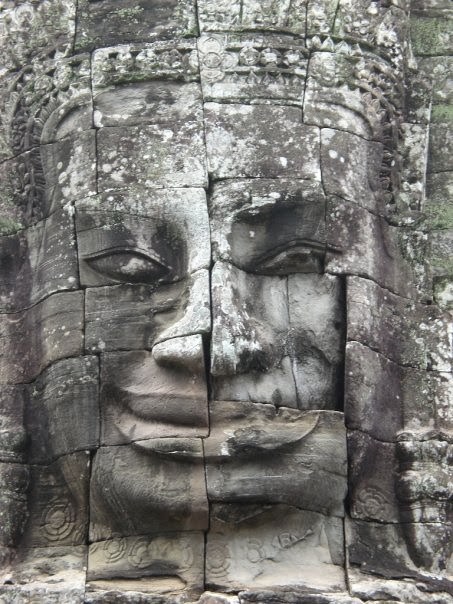 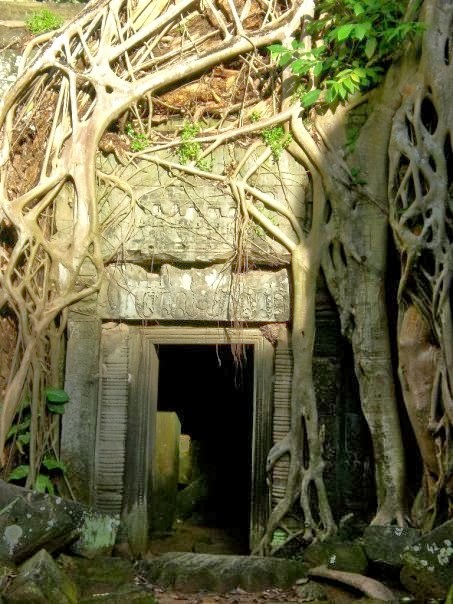 Yesterday we went to Angkor Wat, the largest religious temple in the world! Every temple was so different from the other. There was the classic main one that is in all the photographs, there was the one that Tomb Raider was filmed at and then there is one where there are dozens of giant faces made out of rocks in the walls. The temples are amazing. 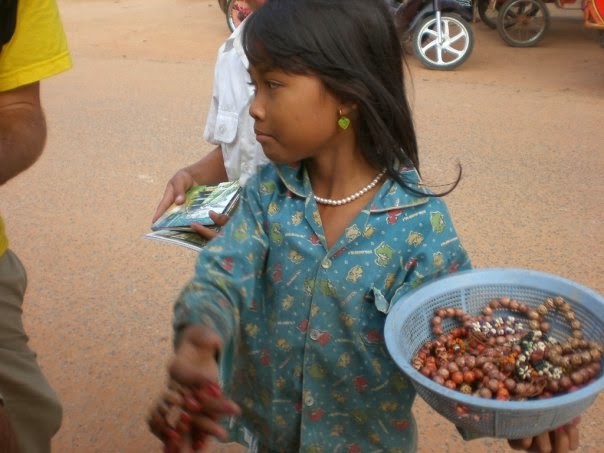 As you walk on the pathways and through the vendors little children run up to and yell "1 dollar, 1 dollar" which was the price for everything. They continue to walk with you showing you their basket of goodies. As we all piled into the van one little boy, who was most persistent, walked with us until we closed the van door, he yelled "onnnnneee dollllaaar" as his little one finger came through the open window. It will be my favorite memory, I can already tell.