Since Monday I have been in Saigon and I have waited to write this post because I wanted my impression of to change which it has. At first I was not a fan of this city - I found the people to be very unhelpful and to be overly aggressive towards travelers. You also cannot cross the street unless you are willing to through your life on the line which in the end is just what you have to do. Even though is connected to and for all I know I could be on island in the middle of the ocean. feels so unconnected to the rest of the world. The money has so many zeroes how does anyone get good at converting millions of dongs to US dollars? 100,000 dong is 5 US dollars. Anyways besides the first day of frustrating events I have come to enjoy the city.

My three favorite thing here are rice cakes with coconut and honey in the middle, pho and the coffee stands on the side of the road. You just sit on a little step stool and sip away!
﻿﻿


First of all I think that the traffic needs to be addressed. There are 7 million people in so how many motorbikes do you think there are? My answer: 8 million motorbikes. Well, at least that is how it looks and feels. I cannot get over the amount of motorbikes, it's like rush hour 24/7. However, during real rush hour... it's gridlocked. There is not an inch to spare. Crossing the road is hilarious and the scariest thing I have ever done. Let me help paint the picture for you- image the worst traffic jam of your life, now convert all those cars to millions of motorbikes and no traffic laws. Finally picture yourself just stepping out into the street and walking across. Once you are across and on the side walk you would think you are safe but no - when traffic is really bad motorbikes drive on the sidewalk. So now I am not only terrified to cross the street I am also terrified to cross the sidewalk. So far I have had only one close call. I could go on forever about the traffic but to not bore you I will move on. 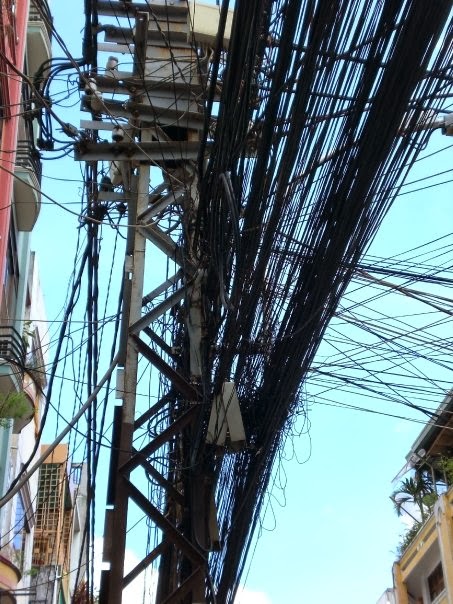 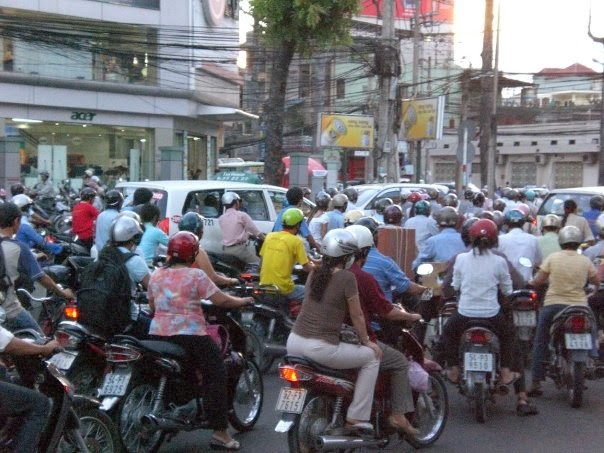 On Wednesday we went out to the Cu Chi tunnels and the Mekong Delta. We crawled through the 40 meter underground tunnels at Cu Chi which felt like a lifetime. I cannot believe that the Vietnamese soldiers practically lived in the tunnels/underground for as long as they did. The whole Cu Chi tunnel experience was impressive.

After the Cu Chi tunnels we drove to the Mekong Delta and on the way we got the news that President Obama was elected!

We had a local Vietnamese lunch on an island while it down poured. After lunch we headed to an island where they make coconut candy and coconut wine, which is practically a shot of whiskey with a drop of coconut in it. A real throat burner but when in Following the candy we hopped on a motorbike for a tour around the local village. It was great to see local living at its best! The highway as we jokingly called it was a small dirt road just larger then our motorbike. When our motorbike tour ended we stopped off at a honey farm to try honey wine (again practically a shot of whiskey with a drop of honey in it) and honey tea while eating local fruit. The whole day ended with a row boat ride through small water ways. 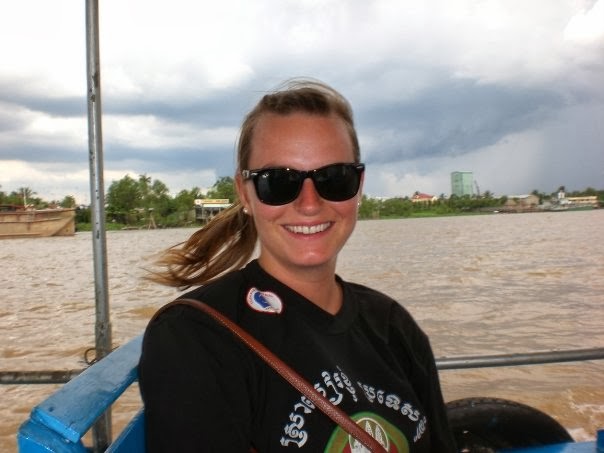 The following day we had a walking tour through Saigon, which included the . The museum was shocking. The most horrifying part of the museum was to see how people are still being affected by agent orange that the spread. There are dozens of pictures of children with serious birth defects from their parents having the gas in their genes. It just broke my heart.
Saigon walking tour photo round-up: 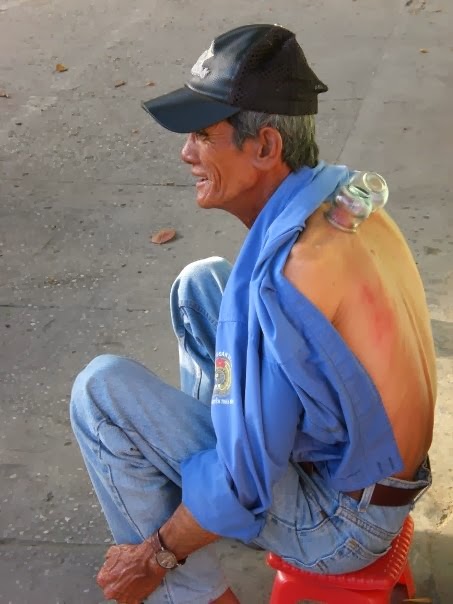 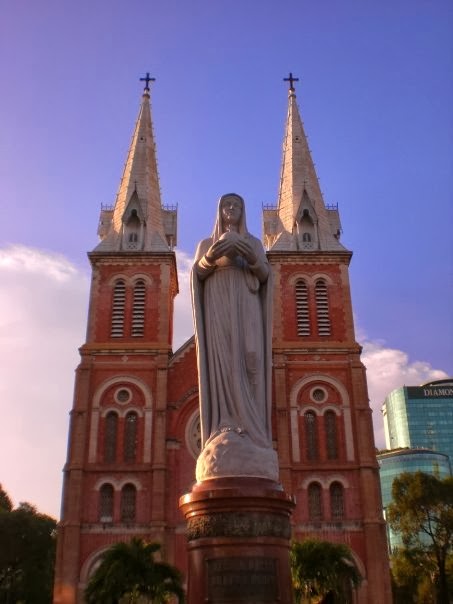 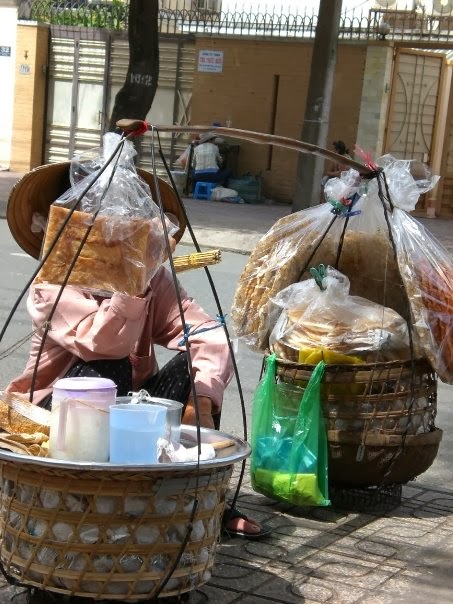 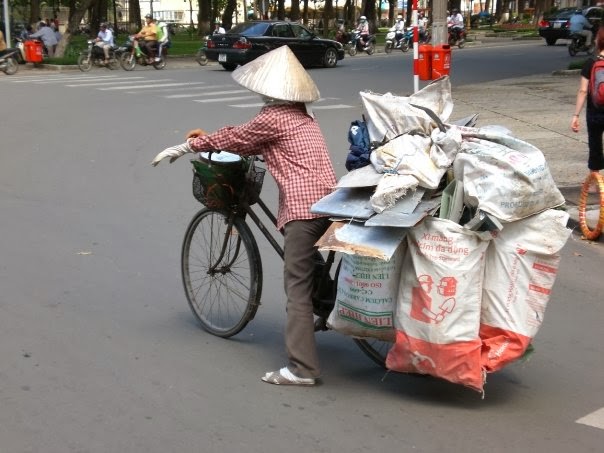 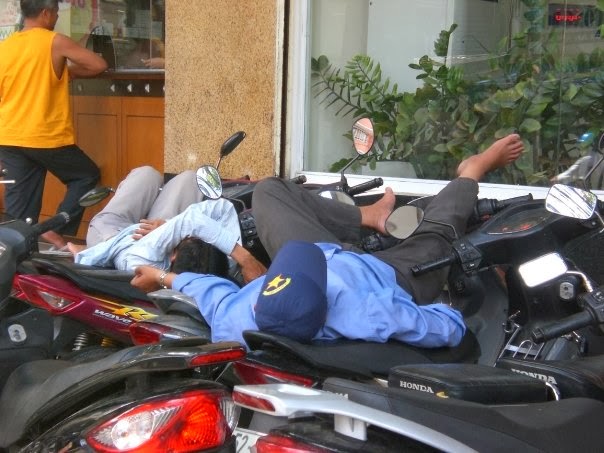 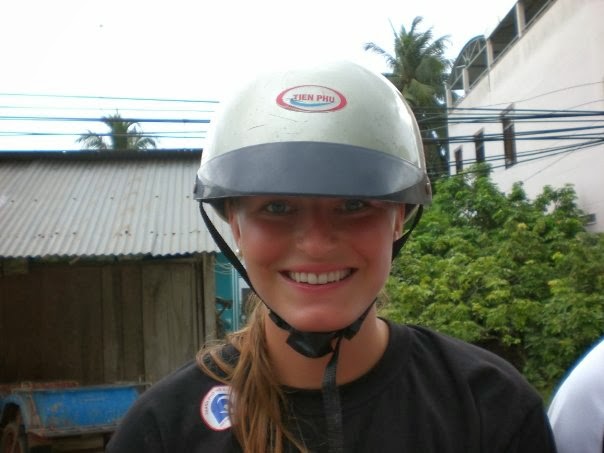