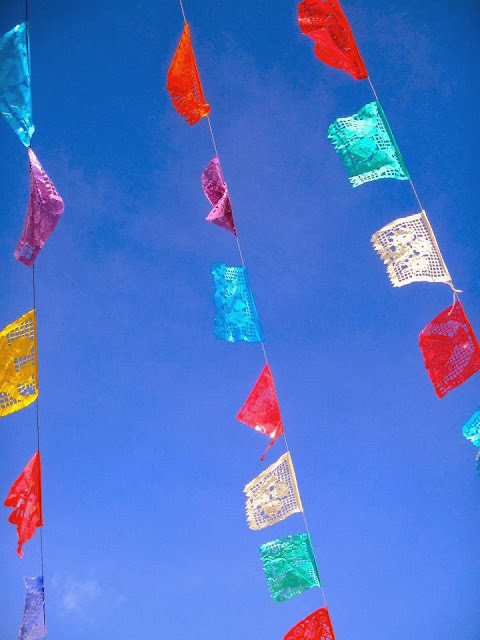 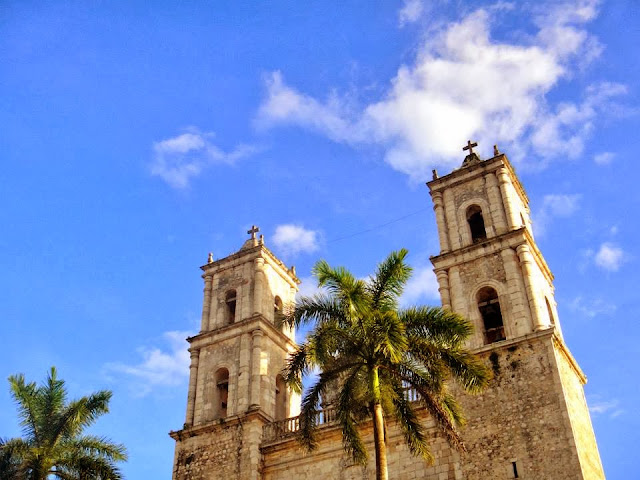 I have arrived in Valladolid, which is a short three hour bus ride from Cancun. After realizing I didn't know where my hostel was and tried to ask for directions in my broken Spanish I eventually found Hostel Candelaria. I checked in and went off to explore the cenotes. I rented a bike from the hostel and biked 30 minutes in the blazing heat through the jungle to Cenote Samula. Cenotes are big caves underground with fresh water and black catfish swimming around. 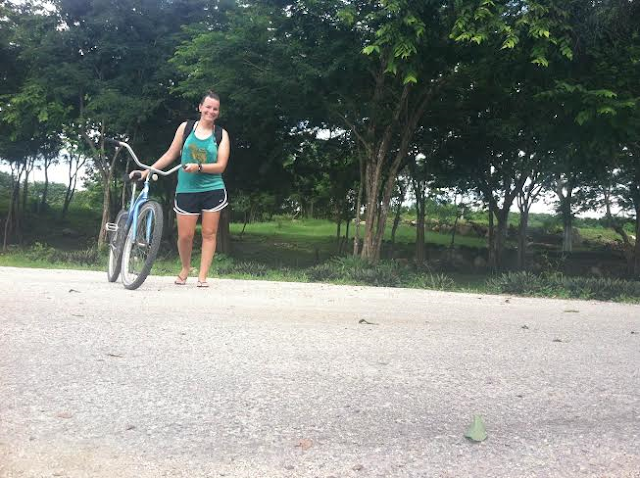 Arriving mid-afternoon I was worried there would be crowds of people but instead I was the only one there. I walked down the staircase into the cenote and realized being the only one was nerve-racking. This huge hole, swimming alone with black catfish, no thank you. But I was not going to leave without swimming as I was so hot and sweaty after my bike ride. Luckily after I stood around pumping myself for a while seven Mexican guys showed up. Finally! I wasn't alone in this big hole and could go swimming! The fresh water was so cool and refreshing. It rained while I biked back to the hostel but I was already soaked so it didn't even matter.