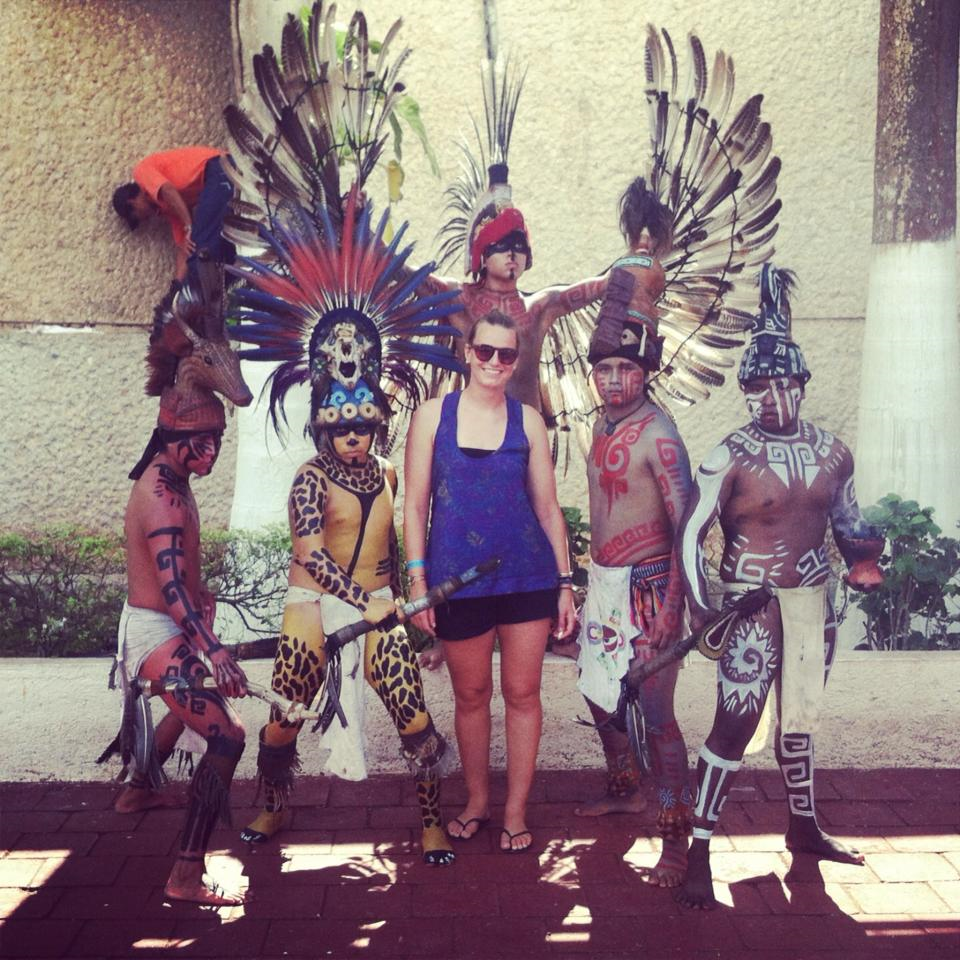 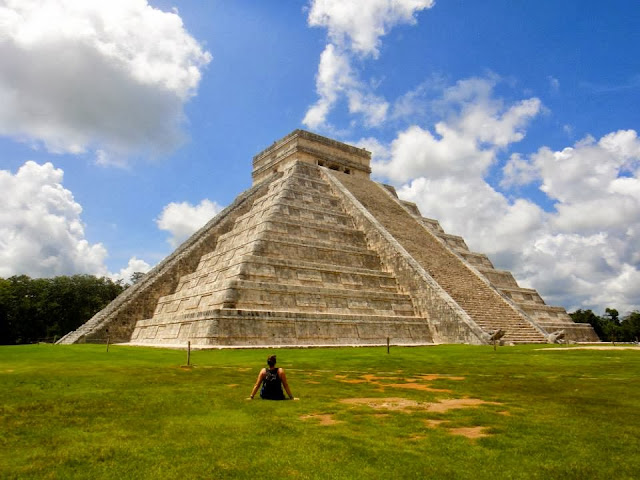 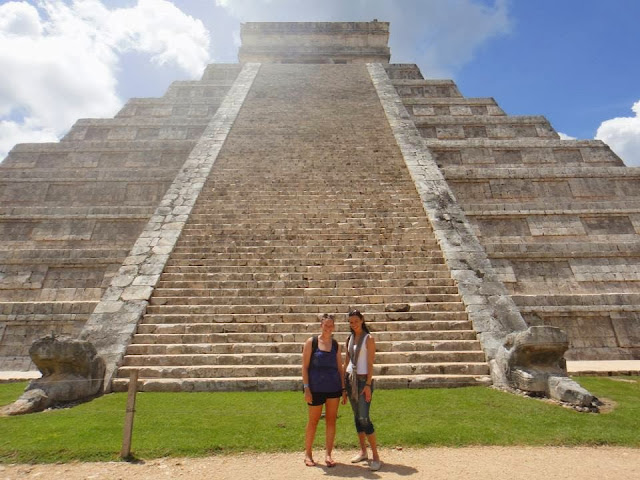 After sleeping through my early morning alarm clock I made my way down to the hostels breakfast and met Casey (Australian Air Emirates flight attendant) who was also going to Chichen Itza so we bused out there together and spent the day exploring the Mayan ruins. It was blazing hot but fortunately not that crowed as we arrived fairly early. We did not hire a guide so we probably missed a lot of history but we still enjoyed walking around looking at each ruin, taking photos and finding shade because even in my tank top I was drenched.

After getting back into town we bumped into Hollie (Australian- a women from my dorm) and ended up watching a bike circus show all afternoon. The two guys performing were a father/son duo. Once they spotted Hollie and I we were in for it. Once the show was over we started to walk back to our hostel but were quickly stopped by the father yelling at us to come back and bike with his son on the big red bike (I think the father wanted me to marry his son). The crowds cheered as Hollie and I biked around the square in the pouring rain. 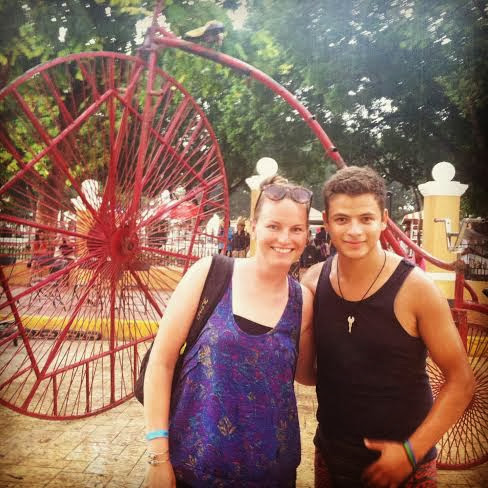