We landed in Tokyo and took the bullet train down to Kyoto that afternoon. We arrived in Kyoto at 6:30 pm with the hopes of finding a hostel when we got their, but after walking to many hostels and calling many more we realized we did the typical backpacker mistake- always make a reservation for the first night. I thought Hannah and I would be the only backpackers in Japan, I have never been so wrong. Almost all the hostels were booked. We eventually found our way to a great mom and pop hostel. 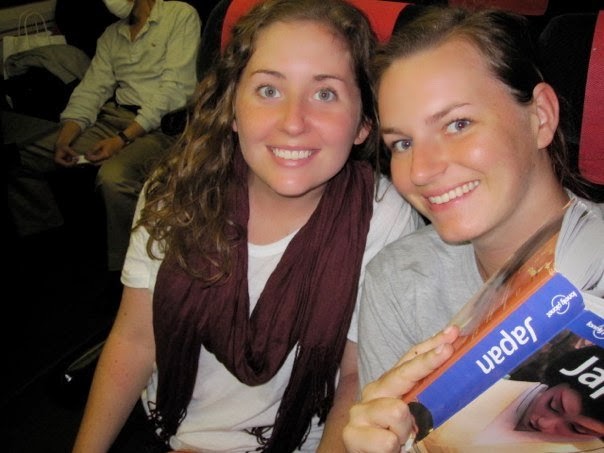 First off, Japan actually looks like what you would expect- women running around in kimonos, little streets lines with house, houses with bamboo doors and stone steps. It's perfect.
The first sightseeing must was Fushimi Inari Shrine (the shrine in Memoirs of a Geisha) and it was amazing! The orange really adds to a cold and cloudy day. Everything was so bright and exciting. You can`t help but think of how lucky you are to be there. Throughout our picture taking (there was a lot) Hannah and I somehow lost each other so the rest of the day was spent alone explore. I visited Kiymizu Temple that afternoon. After Hannah and I met back up at the hostel, relieved to see each other, we went out for dinner and geisha lurking. Its like trying to find a needle in a haystack. Geisha lurking night 1- fail. 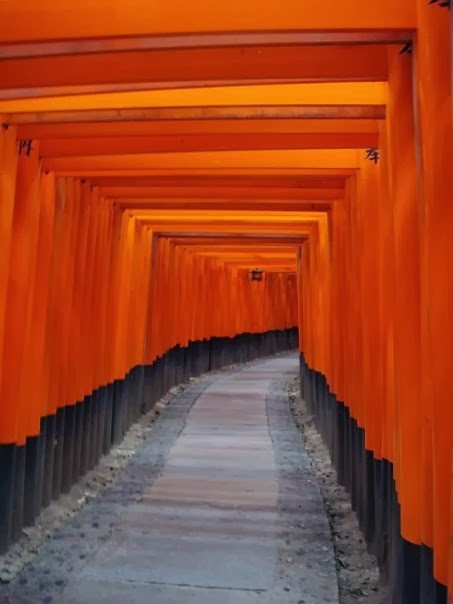 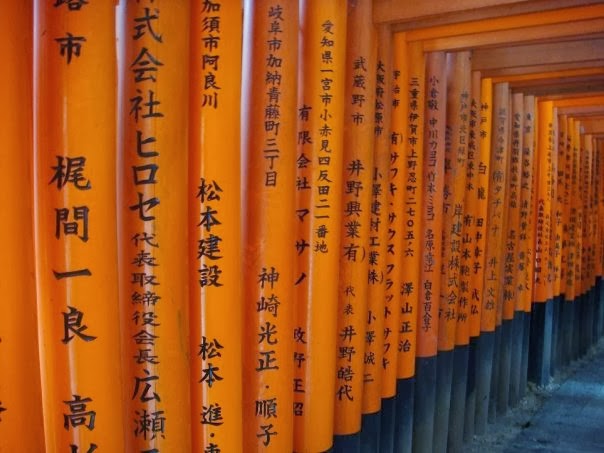 The next couple of days were spent sightseeing. We saw the Golden Pavilion, which was very gold. We stopped at a flea market where I was able to pick up some great souvenirs. Hannah and I went to a tea ceremony where we actually made the tea and learned how to whisk proper Japanese style. In the afternoon we took the subway to Nara, a small town just east of Kyoto and did more temple hopping. ﻿﻿
﻿﻿﻿
﻿

That night we went geisha lurking again and we saw some! Geisha lurking; same same paparazzi. All the foreigners just stand around waiting on the street corners with their cameras ready until a geisha scurries past. Geishas are not aloud to stop or talk to anyone so they hustle along and everyone fallows them. It was amazing, nothing will ever beat it. Here in Kyoto there are two types of girls; mei-ko and gai-ko. Mei-ko girls are training to become gai-kos. They train for 5 to 7 years beginning around 15 years old. 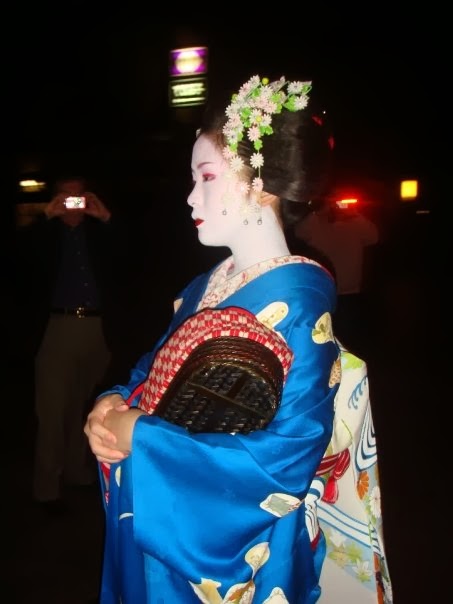 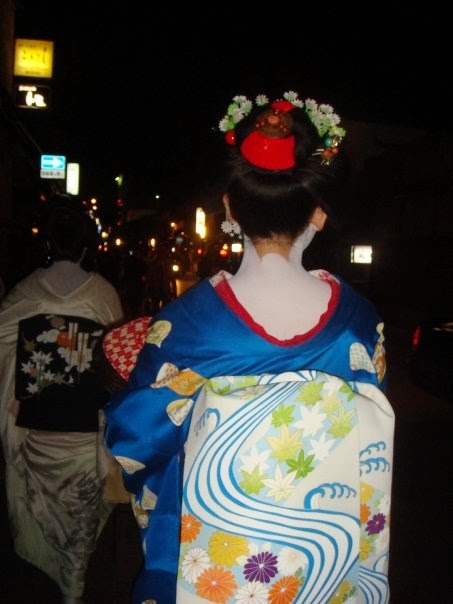 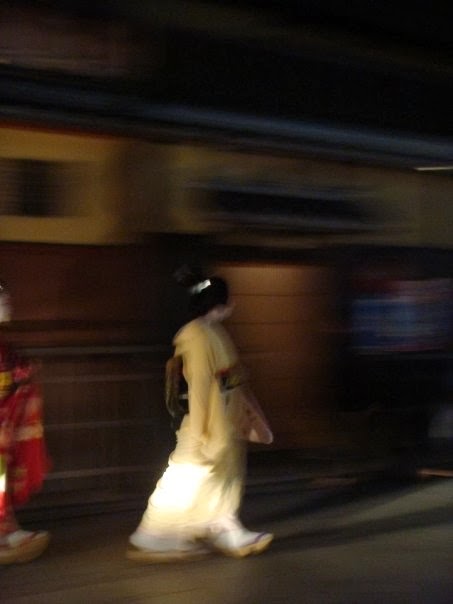 After seeing geisha's I had to be one. The next day Hannah and I went to a geisha photo studio where they paint your face and you get to dress up in a kimono and wear hair pieces. I also wore a wig, which weighed about 10 pounds. I felt like a bobble head. The entire outfit weighs a ton. I am so amazed by the young women who can look so elegant with the all that weight. 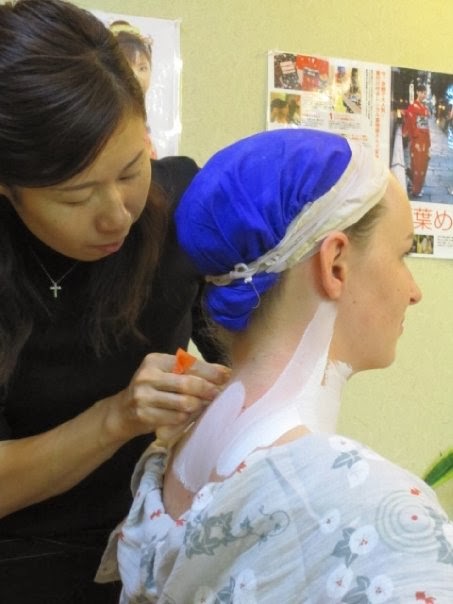 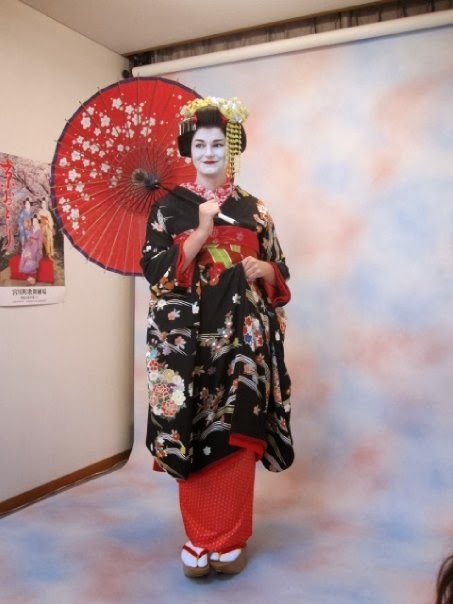 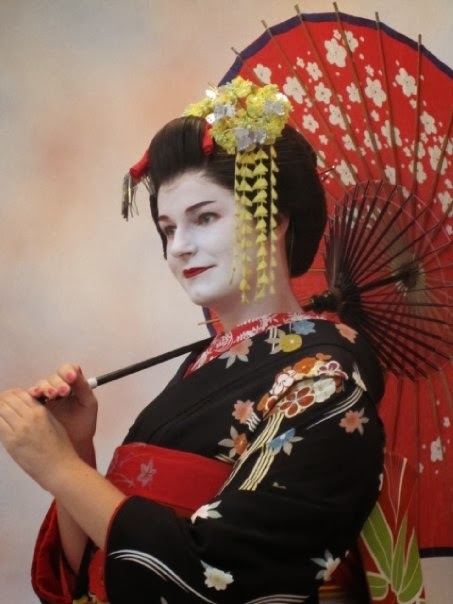 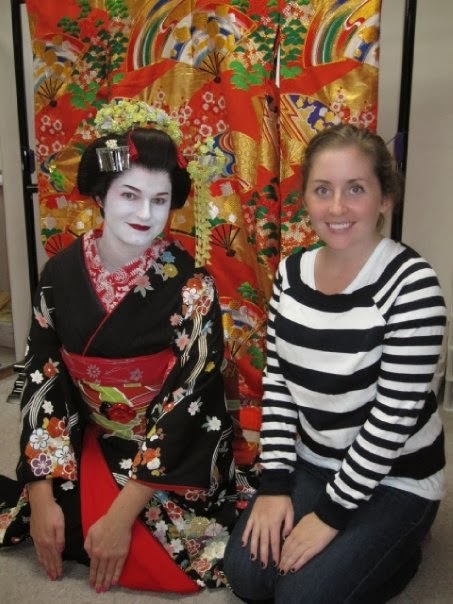