We arrived in Huay Xai (pronounced: way seigh), the boarder crossing town in Laos, two days before we had to leave for the Gibbon Experience. We arrived early just so that we had some room to spare in case our overland travel from Chiang Mai did not go as smoothly as planned, which ended with Sara and I spending way to much time in a town that consists of one road and one temple. The first night we just putzed around eating and drinking Beerlaos. We had planned to go to the temple up on the hill the following day but that night there was a festival up there so we climbed the steps that night. "Well, we just completed our one activity for tomorrow." The next day was a repeat of day one adding in a afternoon nap. 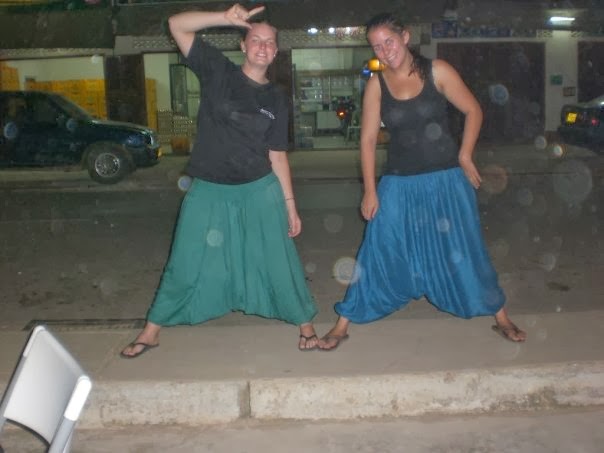 Finally, The Gibbon Experience. In morning we met our group of eight and hopped into a truck bed and took off for the jungle. Sara and I happen to sit across from two English friends that were traveling together and their stories of SE Asia where hilarious so for the 2.5 hour drive we were quite entertained. We arrived at the starting point, which was a village up in the hills. The villages here amaze me. They seem to be way more community organized then in the other countries that I have driven through aka Cambodia. The houses look much more civilized, however, the children still run around with no pants on (poo bear style) with dirt in every crease and the parents hardly seem to look their way. After taking in our environment we met our tour guide, Max. A 19 year old boy who has been married for three weeks with a baby on the way. His wife is 17. He has been a guide for The Gibbon Experience for the last three years. Before that he worked in an opium field with his parents until the government came and told them to change their career path or head to jail. As Max was an expert on opium he made sure to point out the fields that we passed on our three hour hike.


That afternoon once we were well into the jungle we started to zip and it was so much fun! We even had to zip in and out of our treehouses. Our first treehouse was huge with two floors. The "basement" consisted of one of the zipline landings and the bathroom which had a very scenic view. But our jungle bathroom had so many bees so taking a shower or going to the bathroom became more of an adventure then a relief. The top floor was where all eight of us slept with plenty of room and a small kitchen. In the afternoon on our first day we zipped to a near by waterfall where we swam and zip where ever we wanted (hoping to not get lost). After the waterfall we all went back to the tree house were we found our dinner waiting for us. What service. At about 6:30pm, after dinner, it started to get dark so we lit candles and crawled into bed. As we all laid in our sleeping bags and talked we started to notice bugs every where. Not little bugs like mosquitoes but centipedes, cockroaches and some huge bug with wings. It turned into a night of man vs. nature- "kill it, kill it all" became the slogan for the next couple of days. The laughter/screams that was barreling out of our tree house could have been heard for miles. 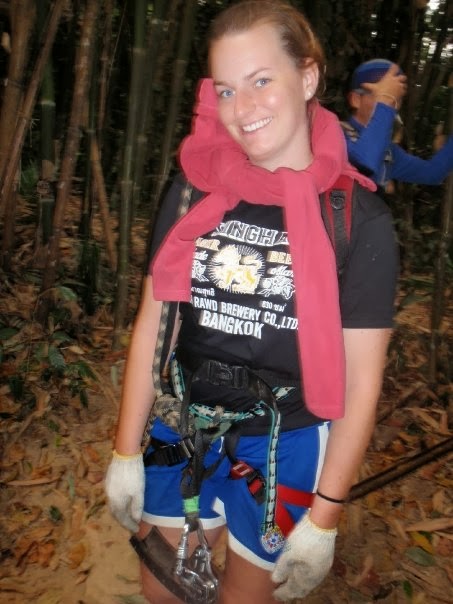 After a full nights sleep of 12 hours we were woken up with Max and his side kick "Smokey" (we named him that because of how much he smoked) zipping into the tree house. We got up and zipped to a picnic table where Max and Smokey had breakfast ready- warm omelets, potatoes, vegetables and rice. Delicious. That morning we zipped/hiked to our next tree house and spent the afternoon zipping around the jungle. By early evening we all zipped back to the tree house to discover there were way more bees in the bathroom (we had it easy at the first tree house). This time there was an entire beehive above the roof. As we tried to shower it turned into an all out war against the bees. It was an endless battle but kept us entertained for a couple of hours. 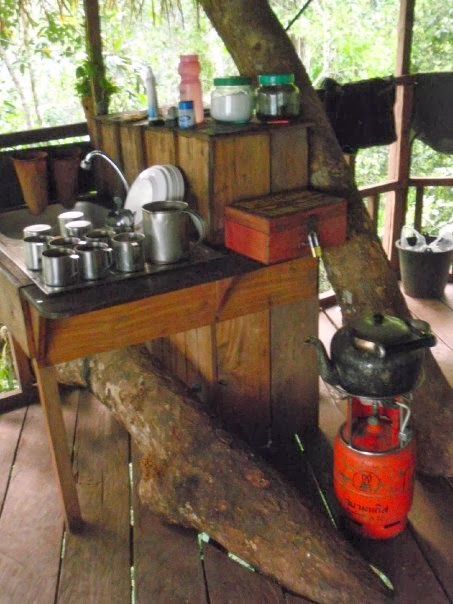 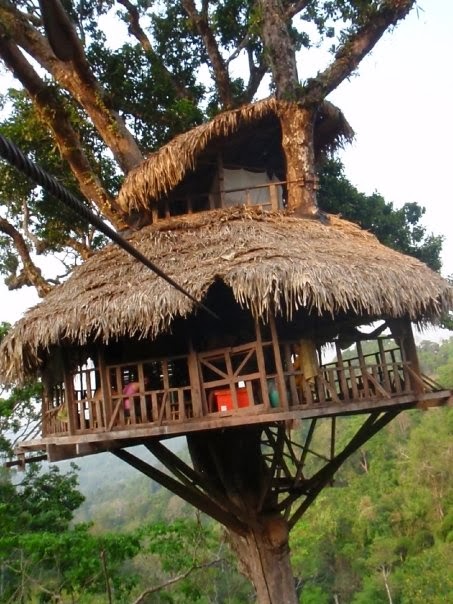 On our last morning of The Gibbon Experience we woke up at 2:30 am and began the adventure to see the gibbons. The one rule we were told on the first day was we were not allowed to zip at night. Well, rules are made to be broken. Zipping off our treehouse into the dark was an adrenaline rush. We zipped and hiked in the dark for two hours. We finally made it to where the gibbons hung out at about 5am, still dark we all passed out on the jungle floor for an hour until the sunrise. At 6am we woke up and zipped to a platform in the trees where we waited... all of a sudden Max spotted a gibbon flying through the air and swinging from trees. There were about 4 - 6 gibbons and 150 yards away. Besides seeing them the best part was hearing the noise they make. They sound exactly like a siren and loader then anything I have heard before. It was amazing. To reinforce how cool this was that we got to see the gibbons... no one ever actually sees them.

That morning we hiked back to the starting point and waited in the village for our truck to come and pick us up at noon. Waiting in the village was also a highlight. The people and their lifestyle interests me so much. In another life I want to pitch a tent and live there with them. 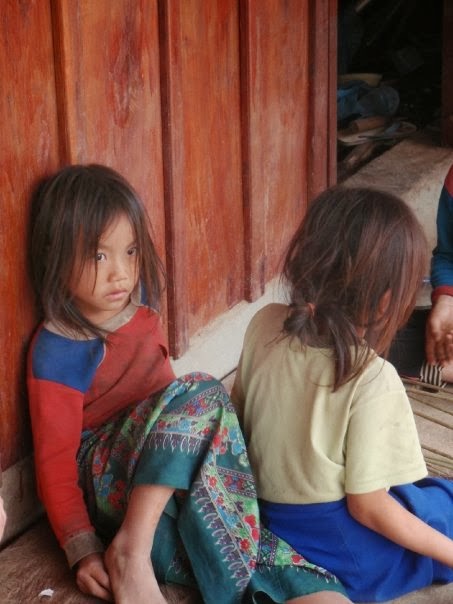 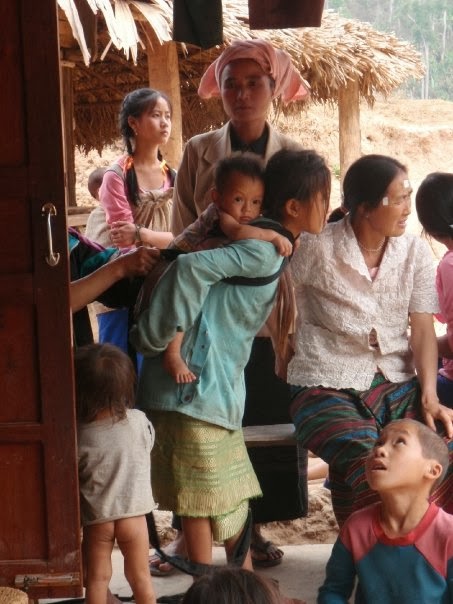 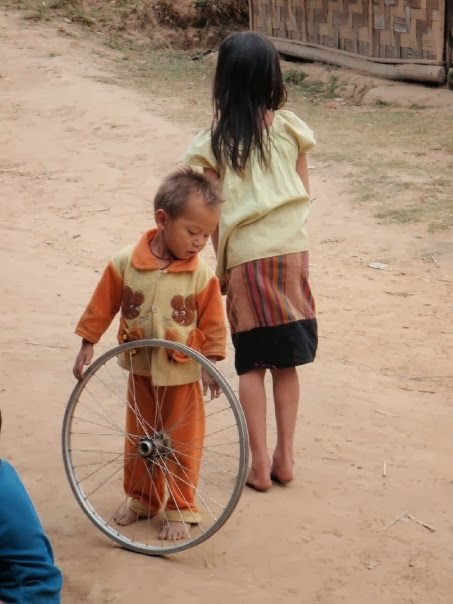 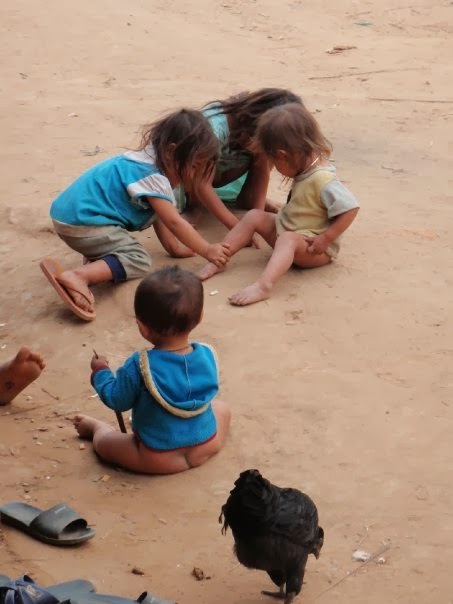