Ho Chi Minh City Traffic Laws:
I have written about the traffic in Ho Chi before but I now feel a little more knowledgeable on the situation we have here. 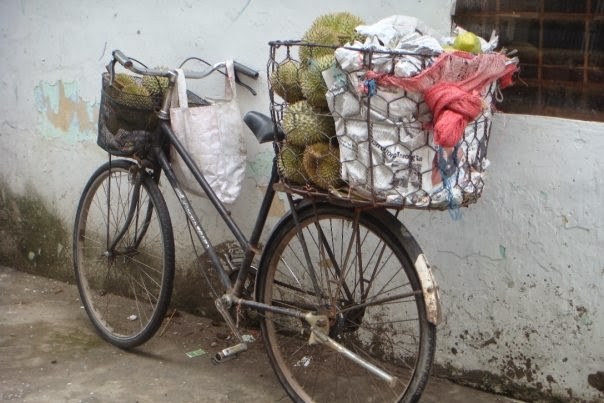 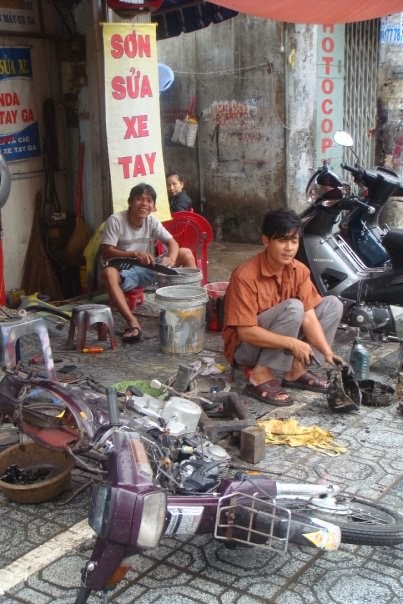 Motorbikes, cars, bikes, electric bikes, bicycles and buses. They're all here- it’s your job not to hit or be hit by one of them. There are three different types of traffic. 1) rush hour 2) the time right after rush hour and 3) empty roads.

Rush hour always seems to worry people the most but in fact it is one of the easier times to drive. People are moving slowly and you really only have to worry about fender tapping the motorbike infront of you or accidentally putting your leg down to fast and touching a muffler. However, just because it is a bit easier to drive does not mean your internal rage isn't building because at this time of day traffic laws are forgotten and it is hard to adjust to the insanity. Intersections instantly beomce gridlocked which makes me so frustrated and the only way I know how to deal with it is to laugh out load. I don't how this level of gridlock just happens. No one here seems to get that this is not normal.

Empty roads. Let the wind blow through your hair as you drive worry free because you’re cruising. However, this is when the intersections are the most dangerous because no one stops at the red lights, so you have to honk your horn and look both ways when your light is green.

Order and common sense? Ya right!
1. One ways don’t really exist here. I mean they physically do but that doesn’t stop anyone from driving the wrong direction on the road.
2.You would think that a two way would be more organized but nope you still have people driving up your side of the road.
3. Sidewalks are made for walking - not here. Just an extension of the road for when there is traffic. They are also parking lots.
4. Right turns, yield on red. Never.
5. A yellow light means speed up and a red light is for everyone that almost made it through the yellow but didn’t.
6. U-turns. Anywhere, anytime.
7. Left turn traffic signals on major roads. There are none. When the light turns green you have to gun it and try to beat the oncoming traffic before you get stuck and have to slowly work your way across.
8. Parking. Anywhere that is close. Walking for any distance is an outrageous thought here.
9. Bicycles. One bike, one person. Not in Vietnam - one bike, at least 3 people. The more the merry.
10. Transportation of objects. Any size, any weight, anything can fit on a motorbike. Who cares if the driver looks like he is about to keel over... as long as he makes it there in a couple of pieces.
11. Police. Just pay them off. Money can get you far here, even with the law.
12. Motorbike helmets for children? They are so small and fragile, why would they need a helmet?

Besides the motorbike ridiculousness, traffic is absurd. There are 7,000,000 to 10,000,000 people living in Saigon which may sound small if you compare the numbers to Mexico City with a population of double but what makes the traffic famous here is that the city itself is fairly small with everyone trying to fit into the same space. Try fitting 7,000,000 people on motorbikes in downtown Seattle. Now, that is what we are dealing with.