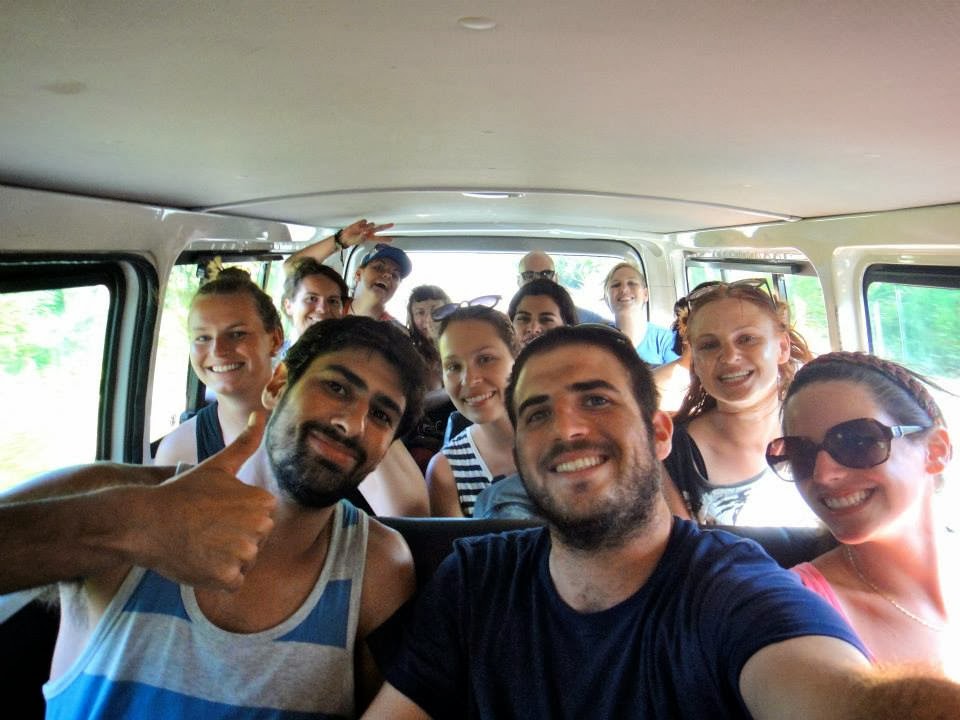 Yesterday. The day I will never forget.

Flores to Lanquin
At 8am Hollie, Claire and I pilled into an already full shuttle to see our Israeli friends from Flores  welcome us in. We were off to Lanquin!

Turns out, we had one last stop in town. We pulled up to a hostel with three guys standing outside. We only had two open seats. We all started to panic. For the next hour we sat around talking yelling at the bus company about how we cannot fit 15 people into a 14 seat van for 8 hours. They grabbed a gas can and put it between two seats and we went on our way. After three hours of driving we hit a protest road block (which in total will put us back 7 hours). The local farmers were protesting against the government to give them more money and to not take away their land. Seems fair but could they protest a different month, I have places to be? 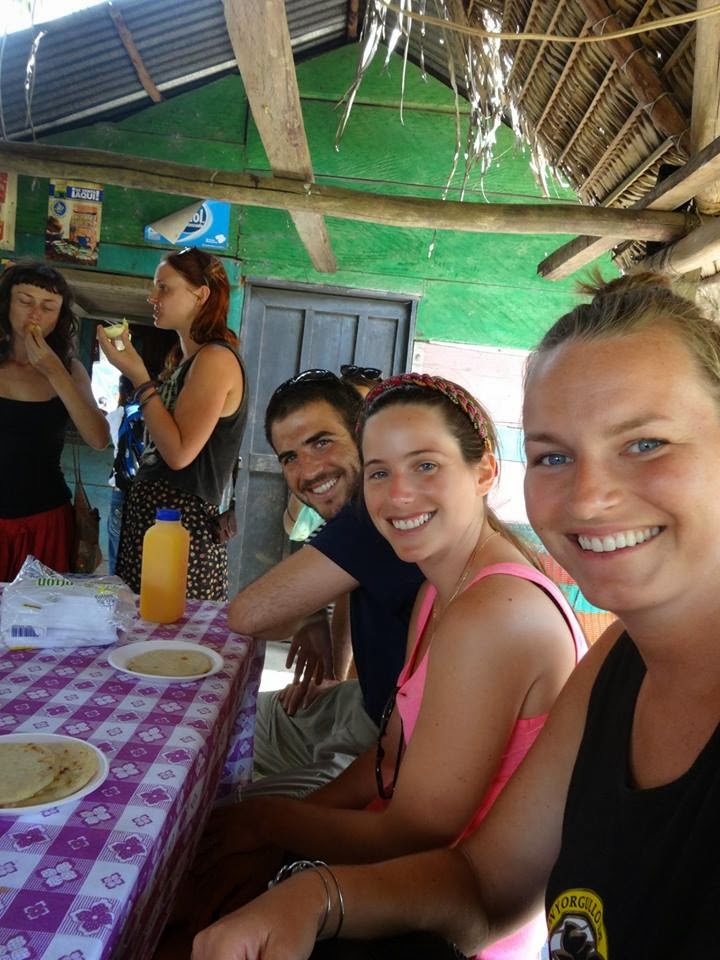 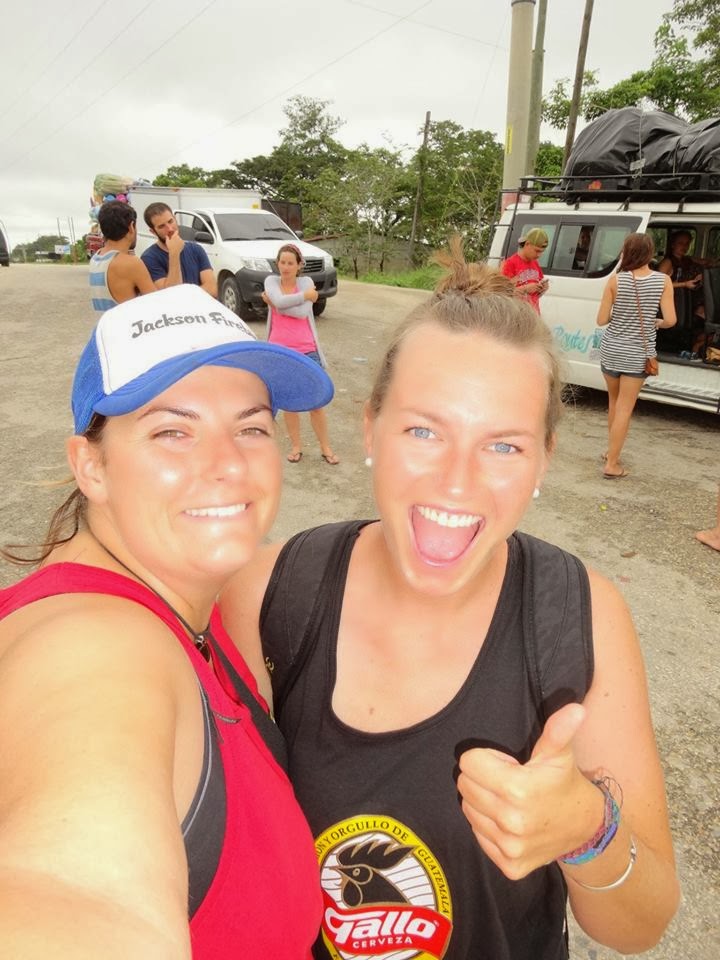 At the first protest road block (a pile of rocks across the road) we had to wait for three hours. We just waited and waited and played some card games and waited some more. We ate everything the corner store had to offer out of boredom. Three hours later someone moved a rock and we all drove through. It was complete madness and we celebrated. 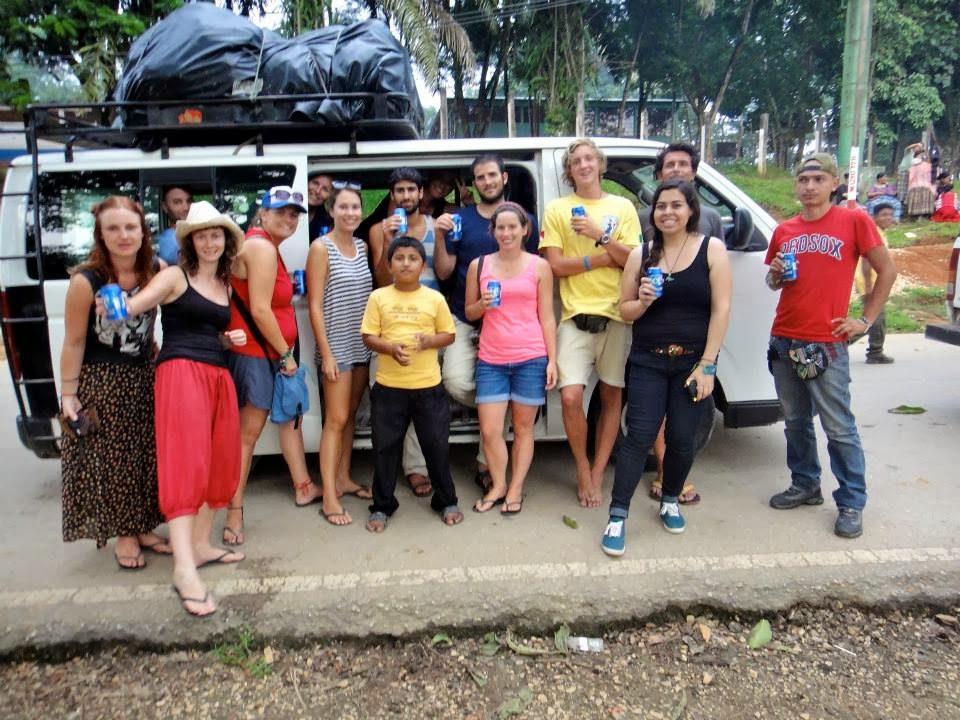 As we continued to drive we passed tires burning and more recently opened road blocks. And then... 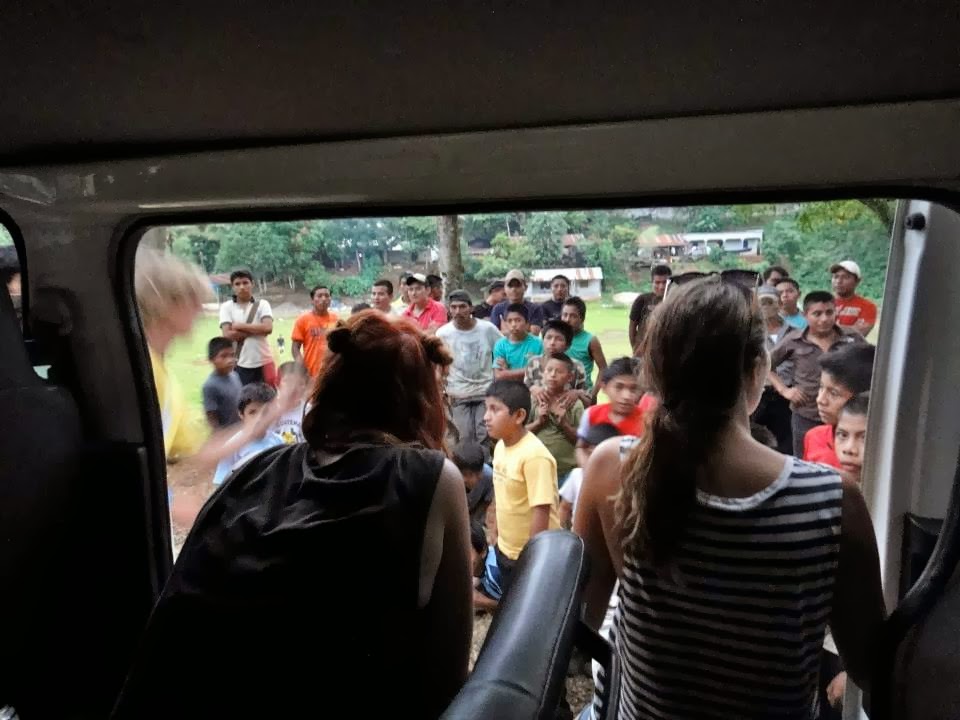 We hit another road block were we sat for four hours. We became the entertainment for all the kids as a Dutch guy in our van had a toy that everyone loved. This road block became a bit more aggressive as the day turned into night. There was chanting, cutting trees to build up the road block and tires burning.

After four hours of waiting the road block finally opened. It was dark and raining by now and we had a four hour drive to Lanquin. The last hour was down a steep mountain side road where our breaks were locking and we were sliding because it was so muddy. We also couldn't see anything as it was pitch dark. To the left of us it looked as if the road dropped off. We arrived at Zephyr River Lodge at 12:30am. Longest day ever.