Laura and I arrived in Uyuni after a very bumpy drive from Potosi. Uyuni is the jump off point to the salt flats which are the largest in the world.

We were nervous about booking a tour with a random company because we have heard horrible stories about people dying from their drivers being drunk. The first place we stopped at claimed to be recommended by Loki Hostel (travel mistake, lesson learned) so we decided to go with them and asked our first question.... how much do your drivers drink? They confirmed that all will be okay. The next morning at 10am we arrived at the office and loaded up our two Land Cruisers. There were going to be twelve of us on the tour. The first car had problems starting. We saw this as a bad sign since we were about to go on a three day tour into the middle of nowhere. The guides and drivers did not.

Everything started fine. We went to the salt mines and learned more about salt then we ever need to know.  We then stopped at abounded train and hopped from one to the next. 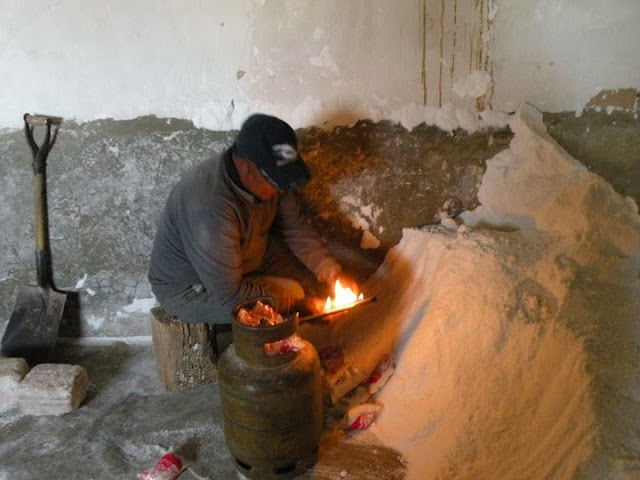 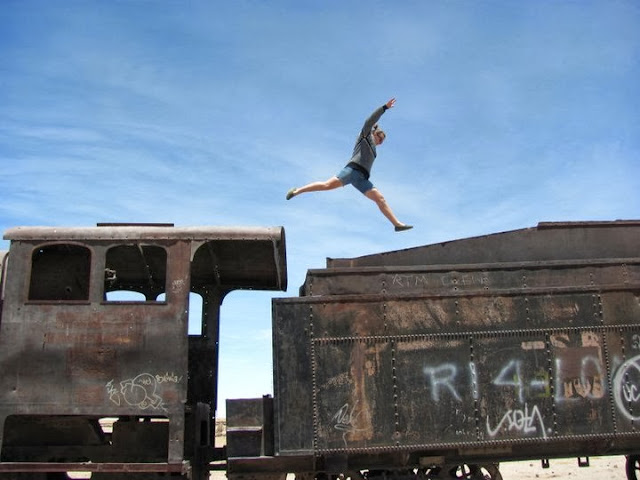 We then went to the salt flats where we took a hundred photos and had a really great lunch, llama meat! 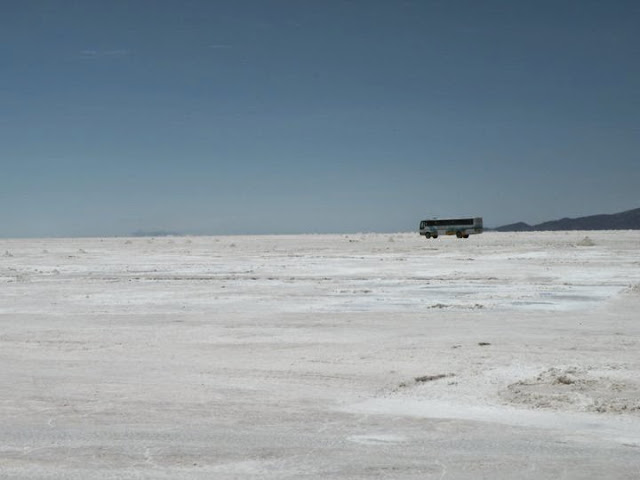 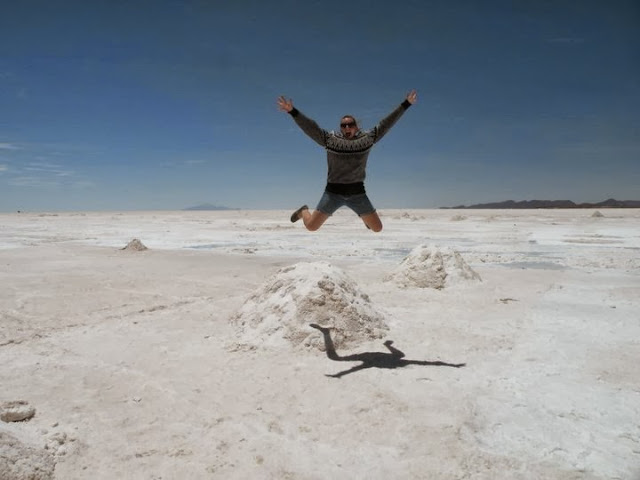 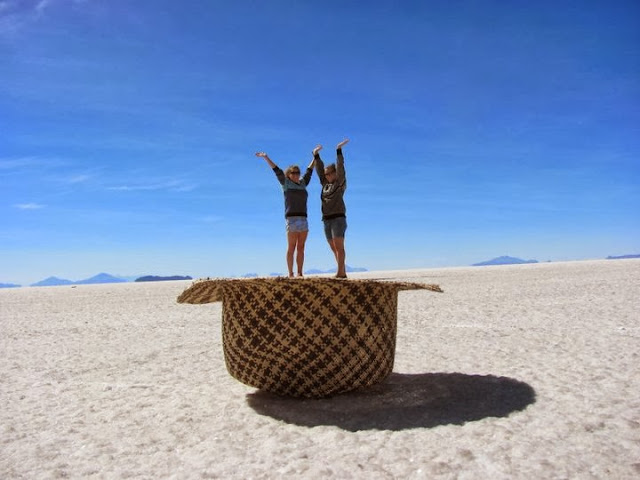 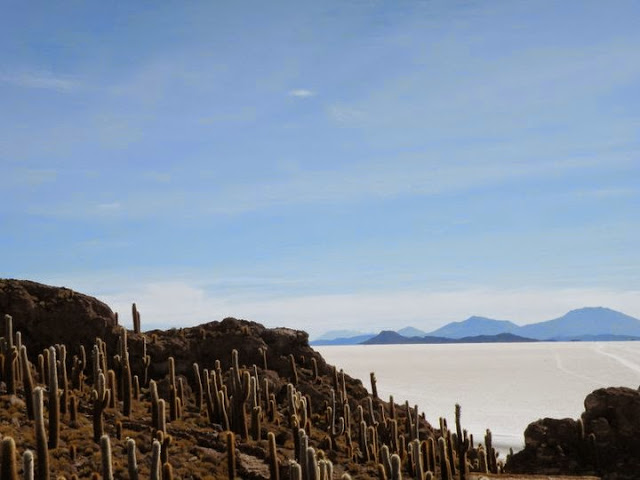 After this wonderful morning things seemed to go down hill rather quickly. Both our Land Cruisers were breaking down, just when one would start working the other wouldn't.


That night for dinner at the salt hotel we had the worst lasagna I have ever had, it actually made me gauge when I put a piece in my mouth.
The next day was not any better. Our Land Cruisers broke down even more, lunch was disgusting, and we had a dozen too many stops to see a dozen too many lakes and flamingos. Flamingos are cool but as the saying goes when you have seen one flamingo... 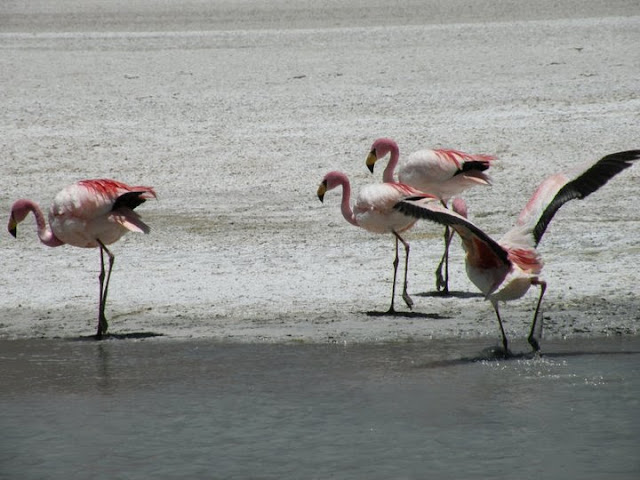 On our second night, after another meal I could not eat, we were approached by our toothless guide who told us that we could sleep in tomorrow morning until 6am because our drivers were going to go to a fiesta to drink and party all night long. As you can imagine this went over very poorly. That night at the hotel it was freezing and we went to bed wearing everything warm we brought. 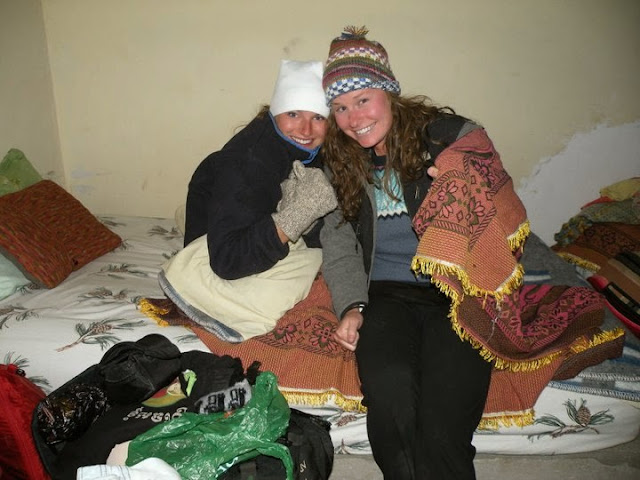 The next day our drivers were on their A game and we drove off to the geysers and the Bolivia Chilean boarder crossing. 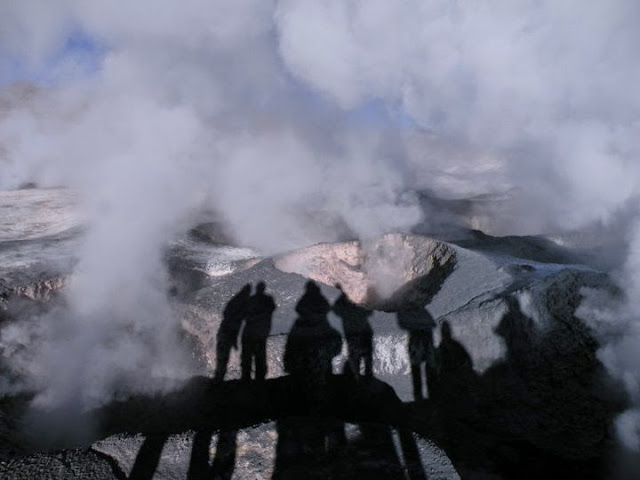 To sum up, our guide was a liar, our Land Cruisers were always breaking down and the food was awful. At least we got some cool photos out of these three miserable days.

We have arrived in San Pedro de Atacama, Chile! So far this first world country is treating us well.

(P.S. Just got an email from Loki confirming that our tour was a total scam and that other people have had a horrible experiences as well.)