Entering Chile is never easy but with only one suspicious backpack (mine) we made it through. Chile, again and completos again! We had two weeks left before flying home and decided to spend it on the beach. First stop Viña del Mar, a coastal town about two hours west of Santiago. We stayed at Che Lagarto Hostel which was up on the hill. The closest beach ended up being packed full of Chilean holidayers so Laura and I spent most of our time sitting at Starbucks in the air conditioning, eating sushi at a restaurant close to the hostel and taking collectivos to Valparaiso (Valpo is another coastal town just a short bus ride away). 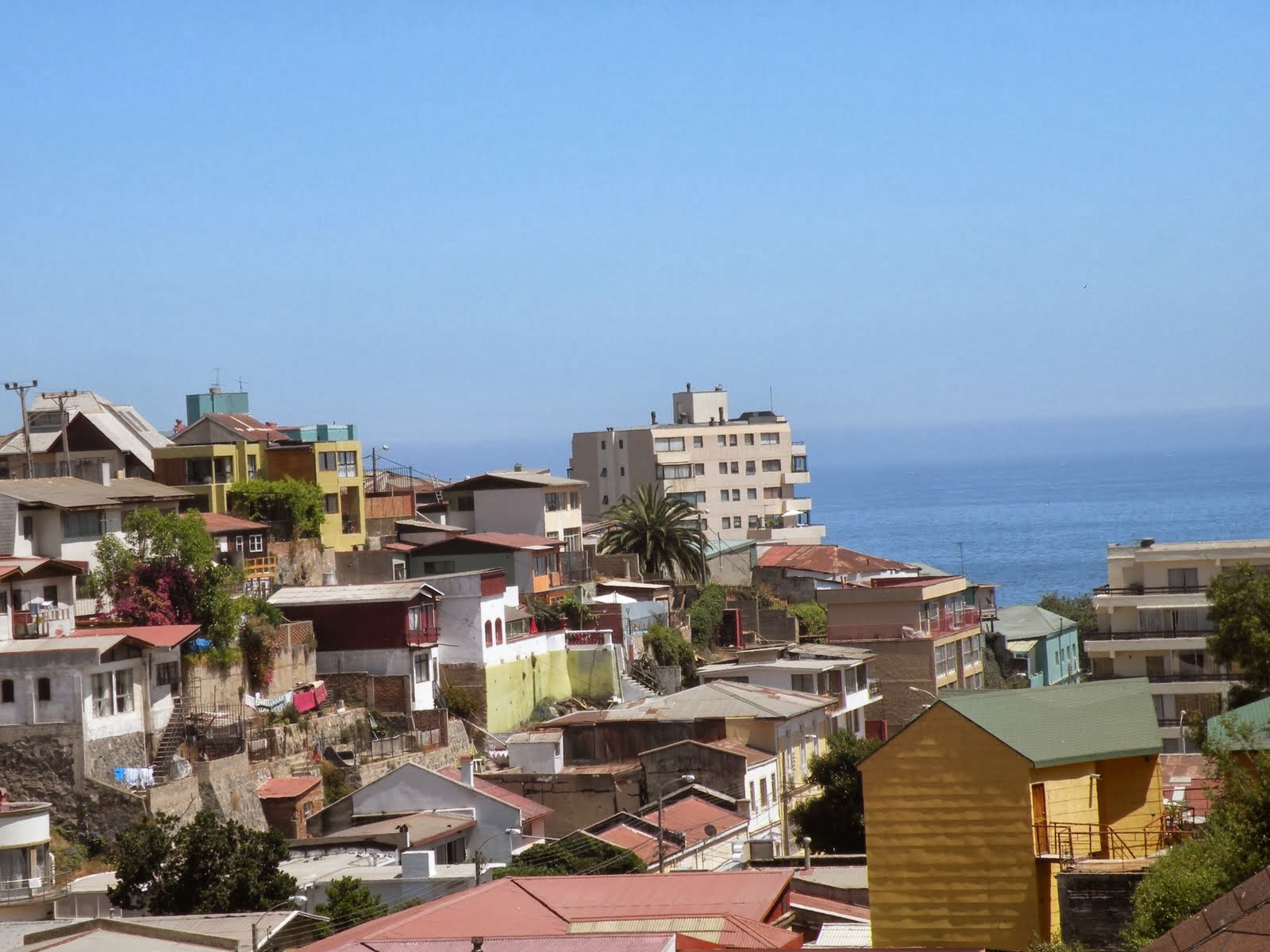 On our last day in Viña we took a collectivo up to Concon and did a little sand boarding. Since we had no idea how to stand up on a board we ended up doing most of our sand boarding sitting. Might have been helpful to try snowboarding before backpacking Chile. After a few runs we were pretty much wiped out. Turns out there are now convenient chairlifts to take you to the top. After we officially had sand everywhere we headed back to the city checking off one more thing from our South American bucket list.
﻿