Well, Tet Holiday (Vietnam's Lunar New Years week long vacation) was just around the corner and rumor has it that HCMC kinda empties out as all the locals go to the country. I decided to empty out too. I went straight back to Thailand by busing through Cambodia. Siem Reap round III... I think there is some kind of magnet pulling me to that city. The bus from HCMC to Siem Reap was the longest one I have taken- 13 hours. I now have three Cambodian visas. I did take the bus with a friend so that made it a bit more manageable. Every time I go to Siem Reap I stay in a different guesthouse but always go to the same bar. Angkor What? Bar. Always a fun spot (it's in the Lonely Planet- meaning every backpacker within miles will end up there). This time I stayed at Popular Guesthouse and I would definitely recommend it.

The next morning my friend Thom and I got onto another bus which took us to the boarder of Thailand. We were told to be waiting in front of our guesthouse at 7am and a car would pick us up and take us to the bus (that is normal here). The car comes at 7am and up to now everything is going smoothly until we arrive at the bus. This bus is unlike any of the other buses that I have taken... it looks like a local city bus but whatever we get in. This bus looks like it is from the 1960's the air-con consists of you pushing open the windows... so we pushed and cooled off. At this point there were only three of us on the bus and about 45 open seats so as they do here we drive around and picked up more people at different hotels. About an hour later we stop off at our guesthouse to pick up more people! What!? We could have slept and extra hour... Asia (in particular Cambodia) can sometimes be a complete mess but somehow they do seem to get things done around here. At this point the bus looked packed- seats either were full of passengers or were stacked high with backpacks, however, we don't take off for the boarder yet. We continued to pick up more people until the isle was stacked full of backpacks and every single seat was filled with passengers. The entire bus was getting a laugh out of this, "Who's next? The bus is completely full but I am sure we will start filling the roof." Finally about 1.5 hours later we left for the boarder. I am sure I have blogged about the road before but they have started to pave it (progress since I had last traveled the bumpy road), however, it still took 5 hours. After the boarder it was easy, a private mini bus straight to Khao San road. It was great to be back. I had my phad thai for dinner and fruit, muesli and yogurt for breakfast... just like old times.

The next day I got a bus to Chachoengsao (Chach-ing-sow), which is just outside of BKK. Sara, a friend that I met while studying abroad in Italy is teaching English there. It was great to see her and a small town that is not over run by tourism- can you believe that those places even exists in Thailand. I ended up staying there for two nights before I headed down to Pattaya (I had to make my way to Pattaya where I left a duffle bag before my training in Cambodia because the orginal plan was to teach in Thailand. Plans change).

I was on my way down to Pattaya on a local bus which stopped about every 100 meters to pick up or drop off passengers so it took ages to go only a short distance. Anyways, I was asking people (in my I am talking to a foreigner who doesn't speak English voice-- you pick it up quickly teaching) if we were in Pattaya throughout the bus ride and finally someone answered yes. I sit tight beucase I am assume that at one point or another we will go to the Pattaya bus station. Never assume. I started to notice that it looked like we were driving out of the city. I ran to the front of the bus and showed the bus driver the LanguageCorps address. He pointed behind us. NOOOO. Of course this would happen to me... (but now I am use to it and am use to traveling in Asia so I didn't freak out). I got off the bus in the middle of no where and started walking, luckily a motorbike taxi drove by (I totally got ripped off on the price but I was not in the best place to start bargaining).

Pattaya. Pattaya. Pattaya. The city of old western men and young Thai women. It really is a place of its own-- there are no backpackers here or people under 55. I have been here for a couple of days now, which is great because I am seeing more to Patttaya then Walking Street (Thailand's Vegas). Yesterday, I took a boat to an island off the coast, Koh Lan. Tropical water and sun beds. It is the end of January and I am still laying in the sun. Can't beat the weather here- good thing I went to Asia and not Europe.

A few more days of vacation before I head back to HCMC.
No comments:

Vietnam: "Where are you trying to go!"

1. Straws - everything here is severed with a straw (soda pop, bottled water, coffee). I seriously am going to forget how to drink out of a glass when I move to Australia. 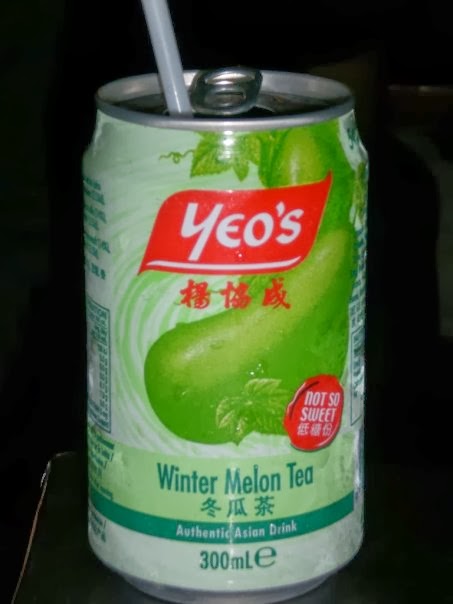 2. Stop lights - don't mean anything. But through all the chaos it seems to work. Along with that there is no concept of stopping at a red light before turning right. You just continue right on through and merge with the rest of the traffic.

3. Everyday sightings - rats and cockroaches (I had two in my room last week, cockroaches not rats).

4. Honking - Everyone honks here all day long and for any reason. Beep beep, behind you. Beep beep, I can see you next to me. Beep beep, it's Friday. Or when you are stuck in the thickest traffic and no one is moving there will be a car behind you honking and all you are thinking/ screaming in your head is “WHERE ARE YOU TRYING TO GO!”

5. Helmets - The helmet law started around 2008 and the only people that are required to wear them are adults. Not children. So there are babies riding around this city on motorbikes with no helmets. It is rumored that helmets will stop brain development and growth.

6. Becoming friends with the owners of the local food stalls is always in your best interest so that when you walk up they already know what you want and how you like it. Can’t beat that.

Right now I have a class of young kids on Saturday and Sunday mornings and it is painful- so noisy, so early. I came over here with the intentions of teaching kids but that sure has turned around. Young adults (college students) are so much more interesting and less out of control.


I have now become more mobil here. A couple days ago when I was on the back of a motorbike taxi it hit me, I am tired of taking taxis around the city and having to explain everyday to a person who does not speak English where I live. So I did something about it. I am now renting a motorbike. It is great and the traffic is not so scary once you are driving.


Last week another English teacher, Ashley from Colorado, moved into our fifth bedroom so it has been fun having her around.

Photos from around Saigon: